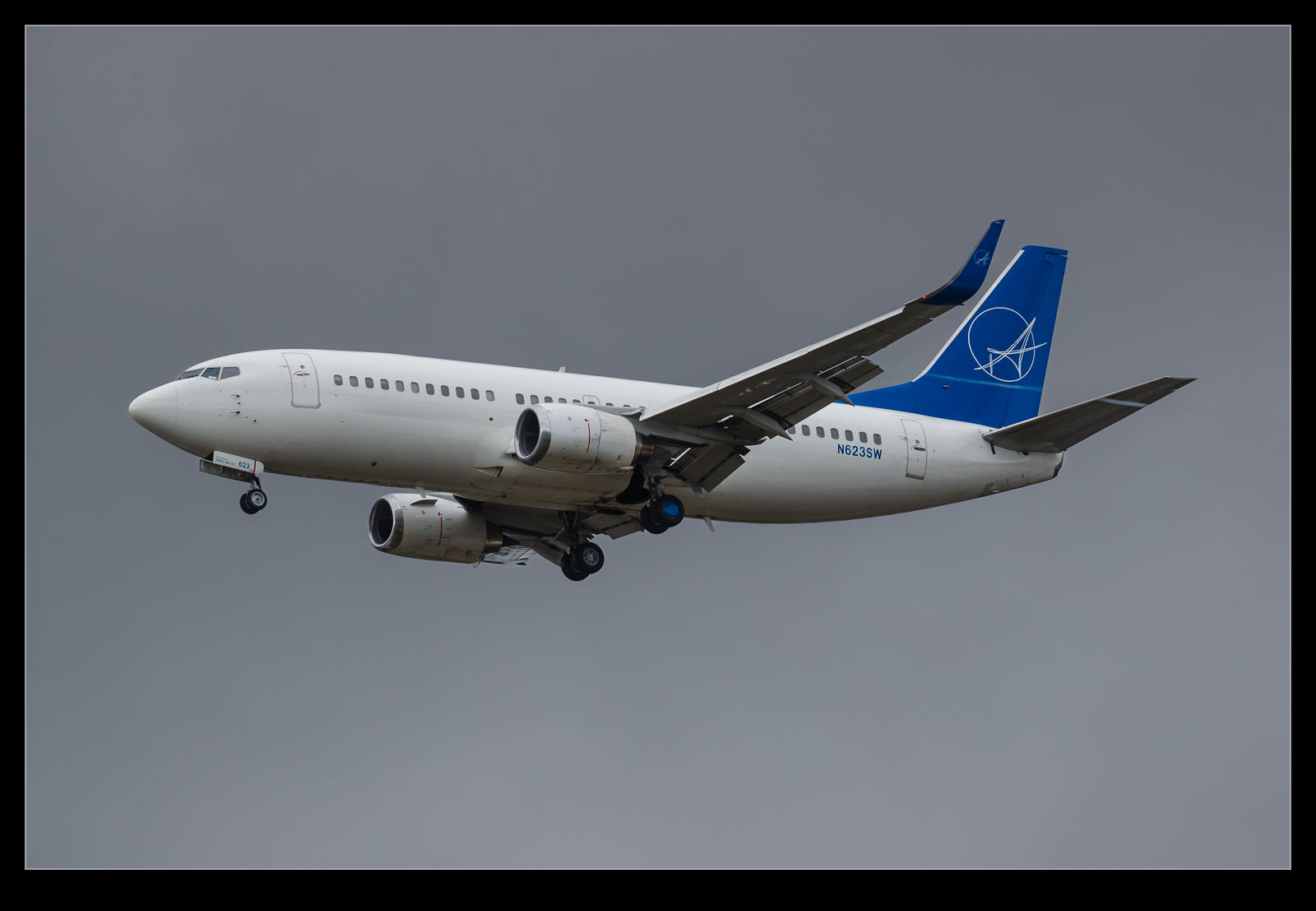 I diverted my Sunday outing (not far admittedly and I wasn’t under any pressure to be anywhere at a given time) when I saw that an IAero 737 was coming into SEA.  This is a 737-300 which means it isn’t too common anymore.  There was a time when these things were everywhere.  Southwest had tons of them and this example was one of theirs.  The conditions were a bit overcast so not ideal but with the sun angle being on the nose, having some cloud made things a little easier.  They were bouncing around on short final. 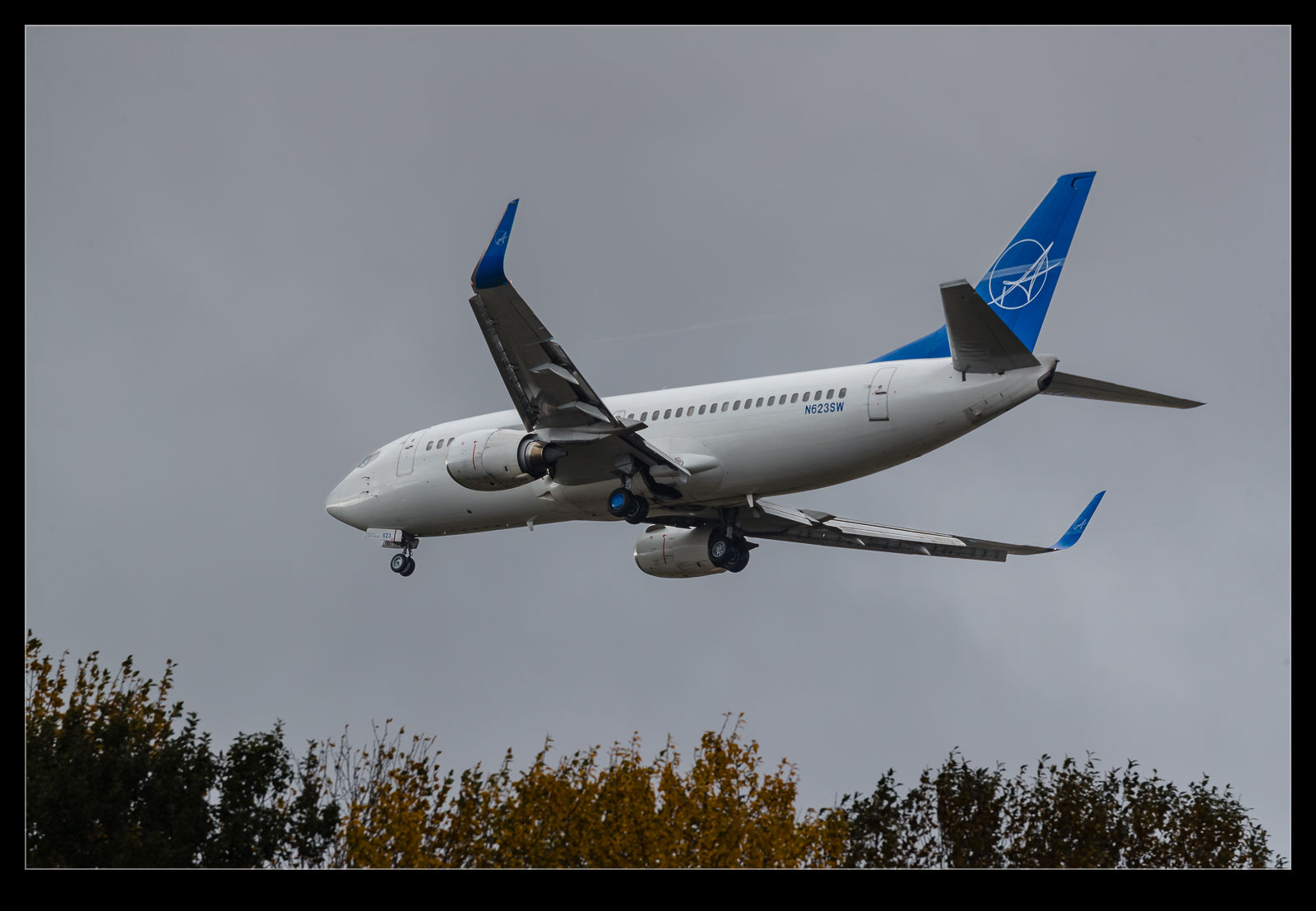