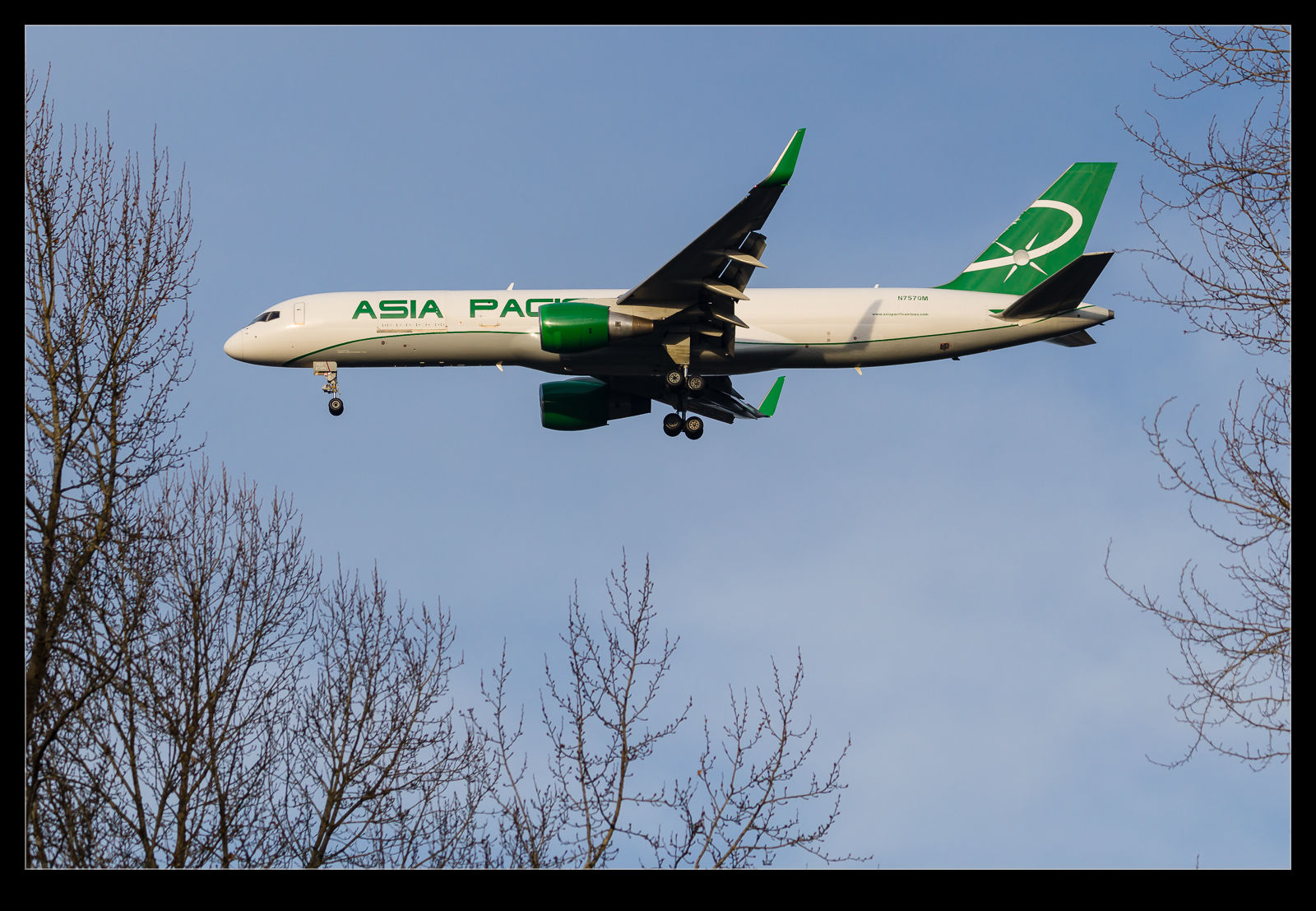 In the run up to Christmas, I got to photograph the Asia Pacific Airlines Boeing 757 freighter while it was being used to supplement capacity for UPS.  Prior to that, I had noticed it was operating a circular route from Seattle to LAX to Honolulu and back to Seattle.  This seems to have started again.  With a nice forecast for a Saturday morning and it due in early in the morning, I figured I would head out and get some shots in the nice morning light. 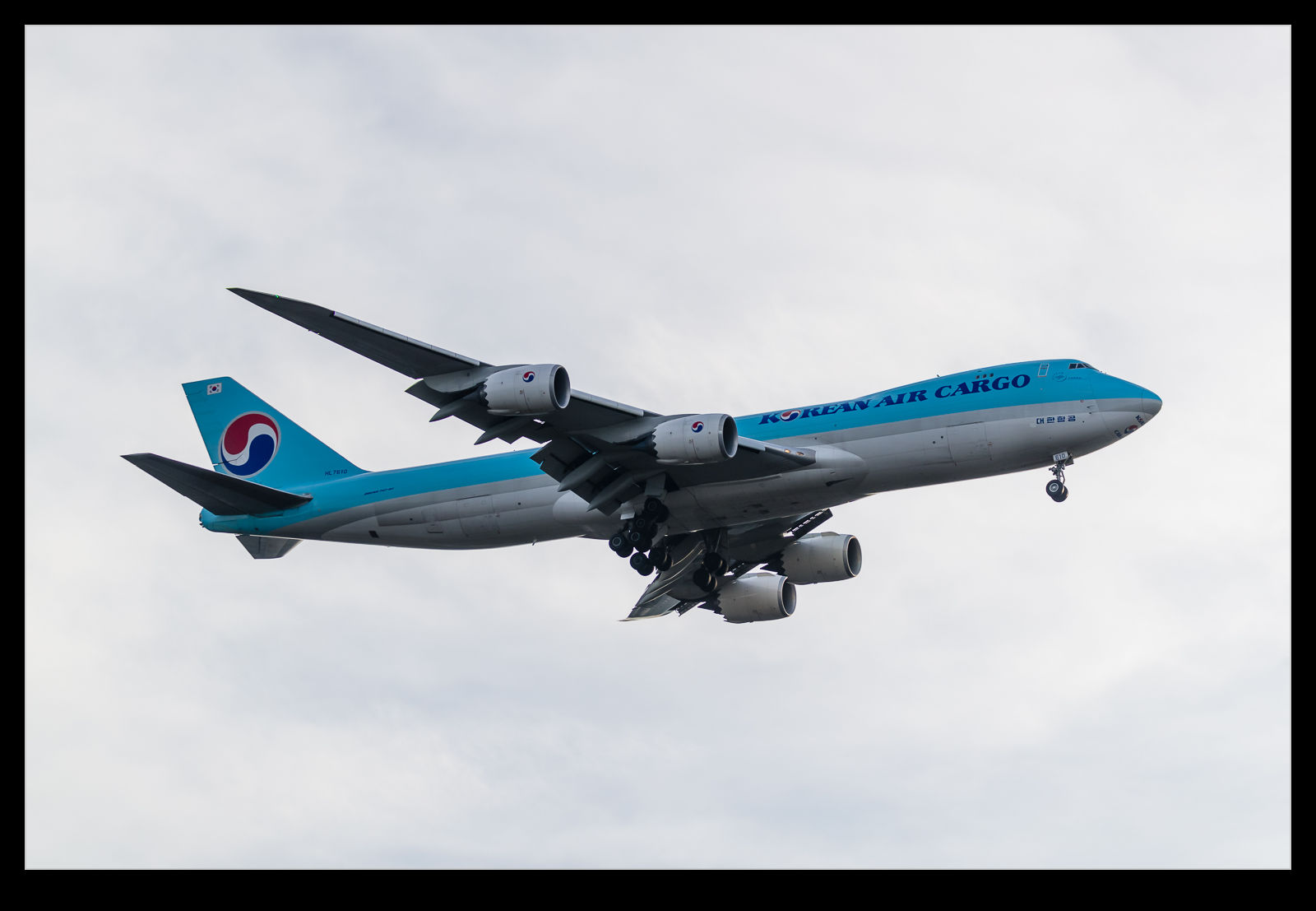 The jet was projected to be in to SeaTac at around 7:25 so I left a little before 7 to try and be there.  The forecasts on the sites are often a bit optimistic but I still took my breakfast with me rather than risk missing out.  I got to my intended location just coming up on 7:25 and, as I pulled in to the lot, I saw a Korean Air Cargo 747-8F on final approach to the inner runway.  I grabbed the camera and, while it would be backlit, figured I would get a bonus.  I took the shots and then looked on the iPad to see where my jet was.

An ad ran on the app for about 30 seconds which was annoying but I finally managed to search on the jet.  Apparently, it was right there.  It was almost directly behind me.  I had intended to walk up the hill to get past the tree line.  Instead, I just turned and shot as it passed through the one gap in the trees I had.  Crap!  If I hadn’t looked at the 747, I would have been fine.  I went all that way and only got a side on shot. The light was really nice too!  What a dope.  Maybe there will be another opportunity – we shall see.