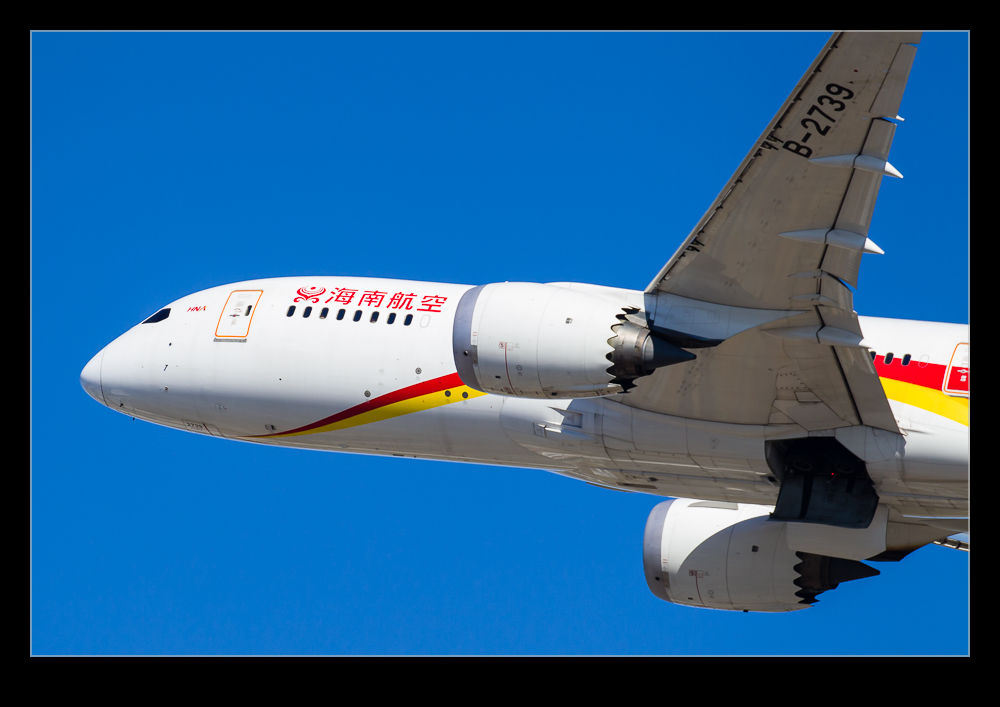 The San Jose trip also gave me a chance to catch another jet that had been of interest. Hainan Airlines is a Chinese operator. I have seen their jets around at various times but have never had a chance to shoot them close up. I really like the brightness of their livery and had wanted to see one. Unfortunately, my late arrival at San Jose meant their jet had just touched down when I got there. However, it did depart at a convenient time so I managed to get one at last. 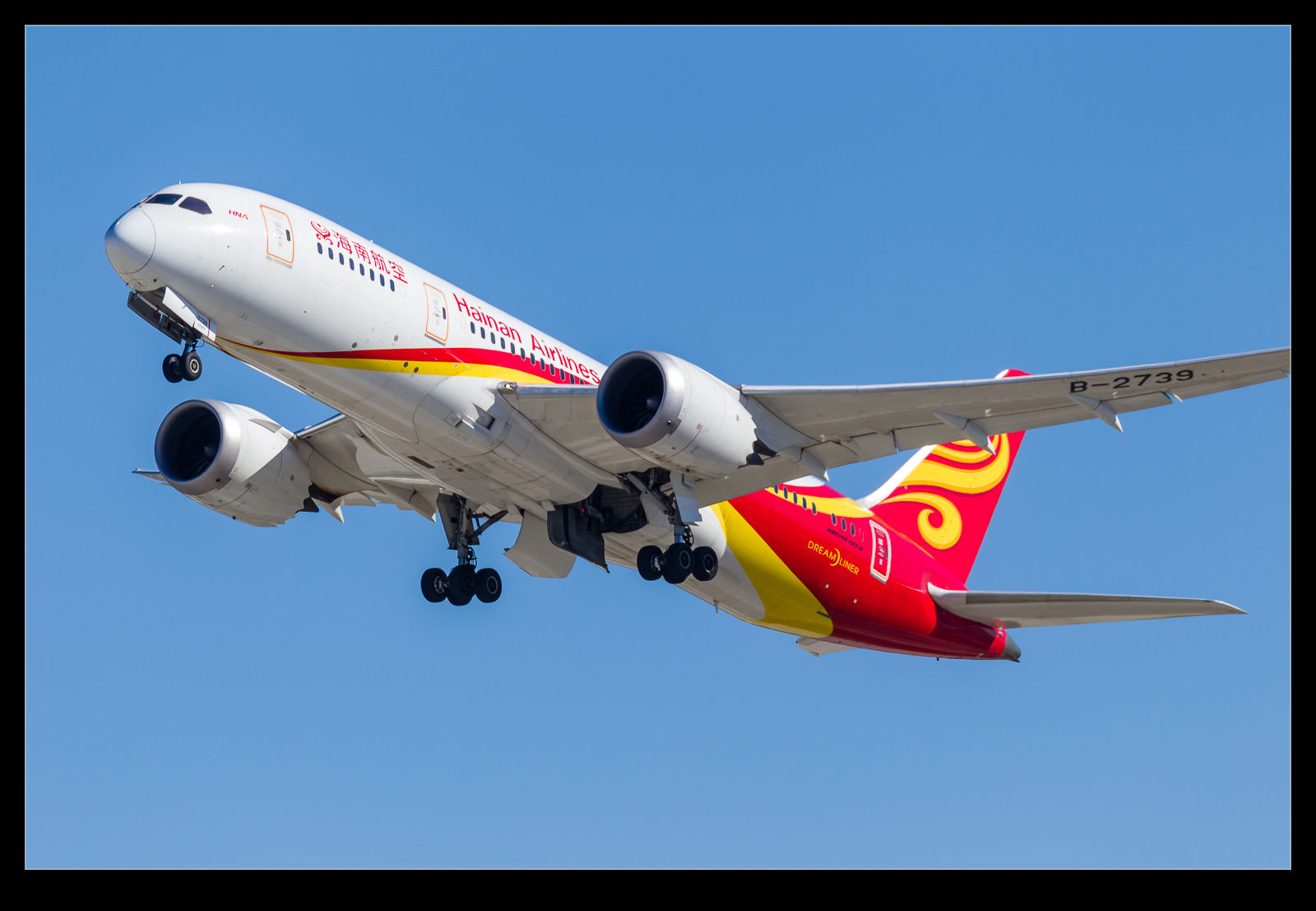 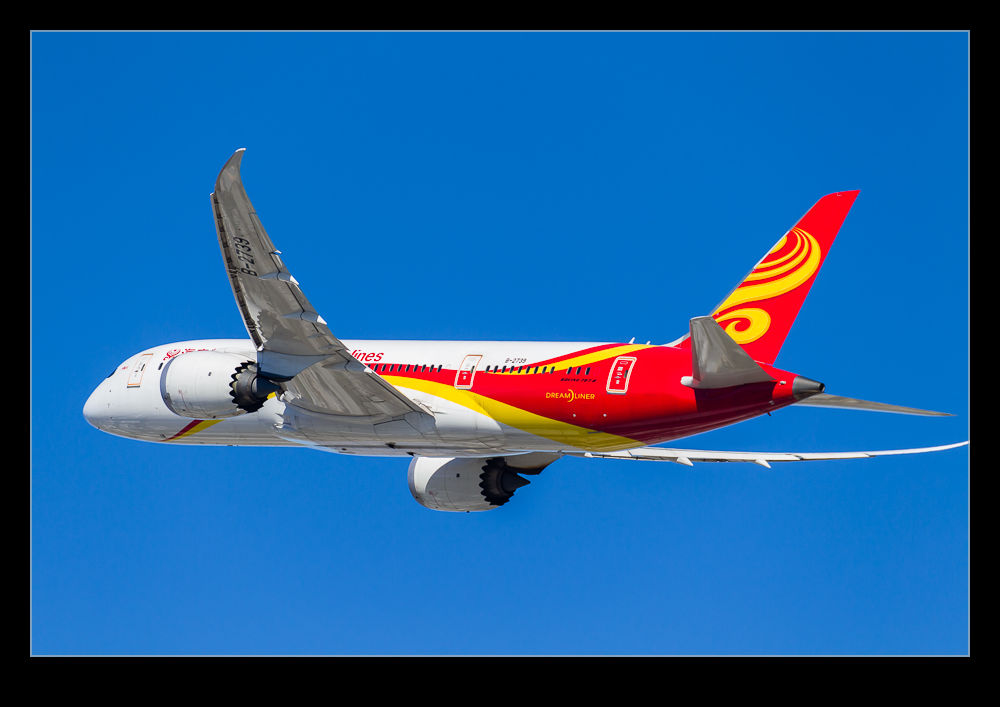