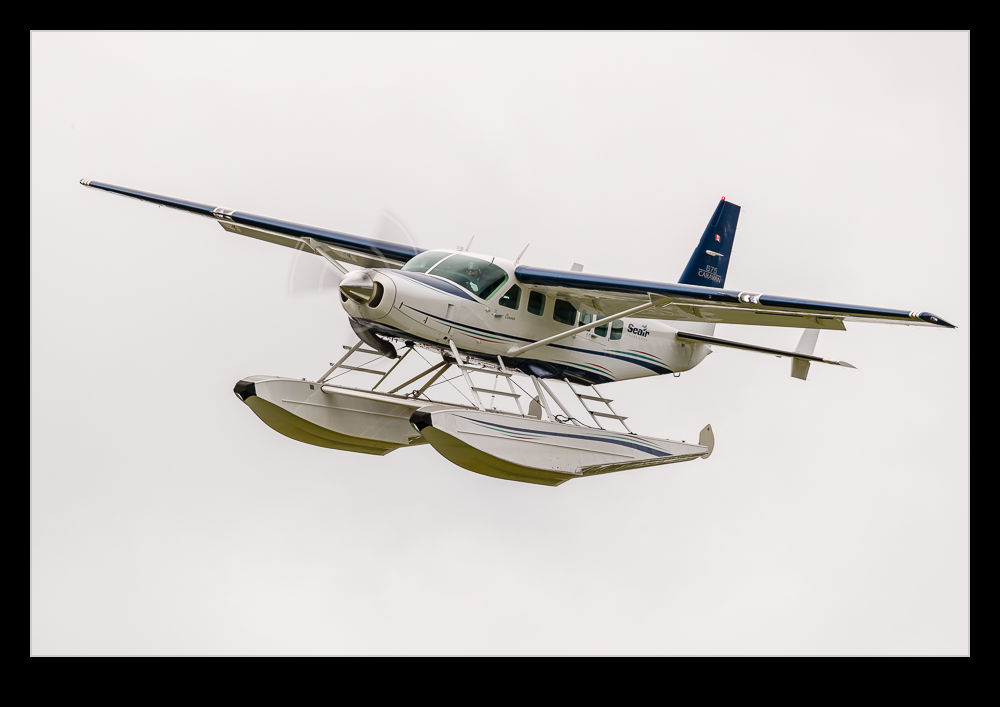 We spent a day in Stanley Park in Vancouver.  This was not a day for photographing aircraft but there are so many operating in the area that it is hard to avoid.  As we were walking along the shore, a Grand Caravan made an approach.  I didn’t have the camera to hand so just watched it.  Having made a dive at the final approach, it floated long (in the air, not on the water) and the pilot elected to go around.  This gave me an opportunity to get the camera out. 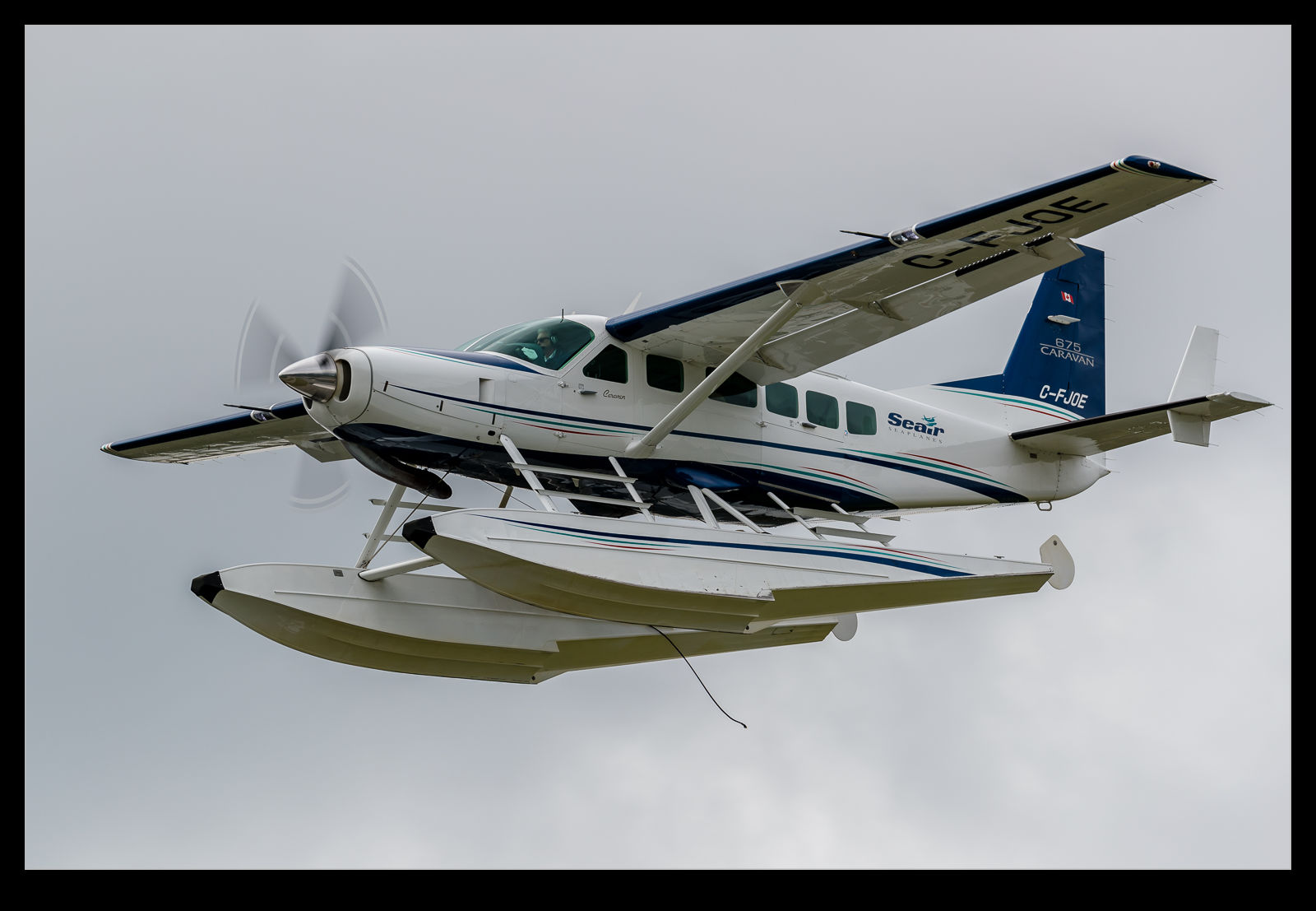 Meanwhile, I could hear it coming around.  It seemed rather loud for the approach path it had taken previously.  Indeed, this time they took a path right across the bottom of the park.  I got out from under a tree just in time to get some shots of it turning on to final.  A far better angle than its first approach.  Maybe the pilot deliberately went around because he knew what I wanted? 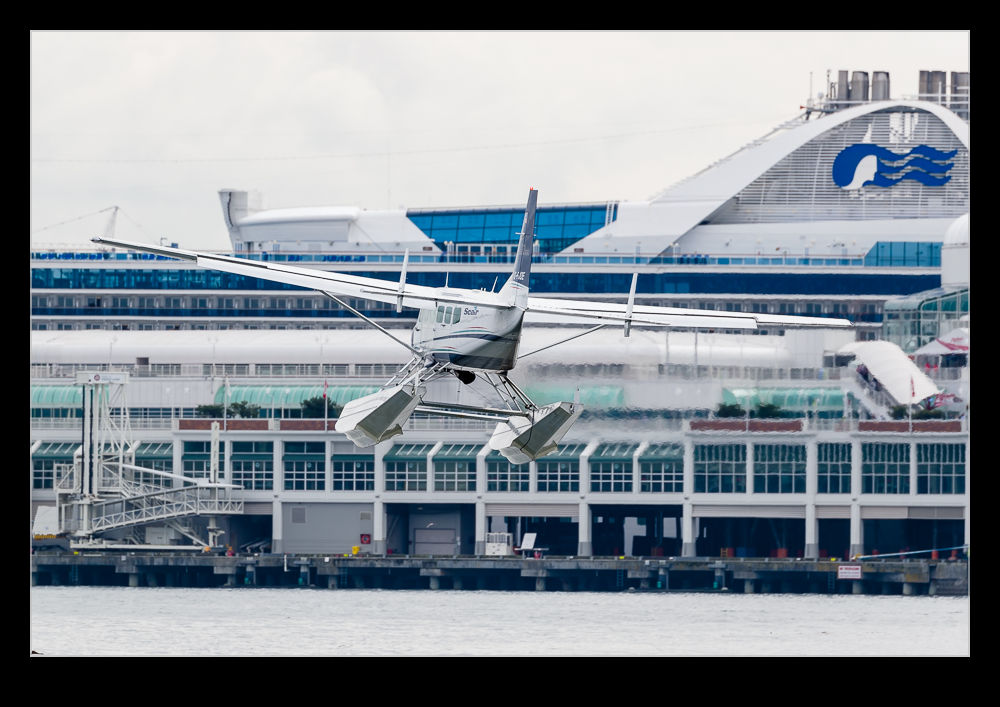