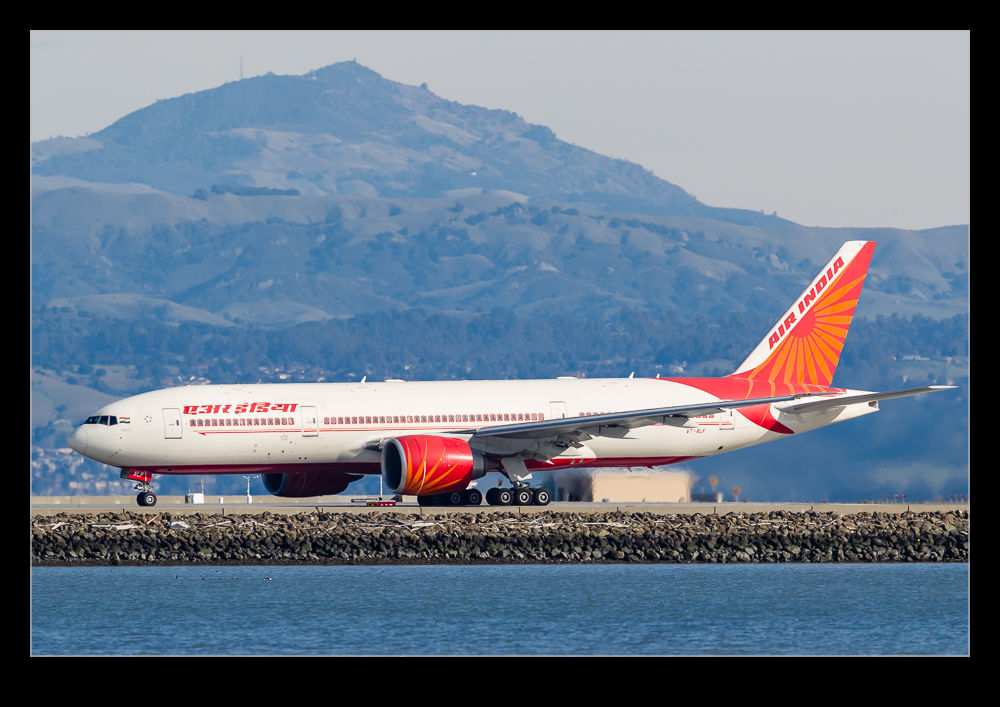 The title of this post is a pretty weak premise for the pictures I am posting.  The pictures are of Air India Boeing 777-200LRs.  In the pictures, they are not doing anything special.  However, I shall justify the pictures with a slightly interesting fact.  Air India has been serving SFO for a while.  It is a long flight from Delhi to San Francisco and they were looking in to alternative routes.  A lot of negotiation ensued that finally allowed a polar route to be used.  This route is nearly 1,000nm longer than the route that they were previously flying.  However, the prevailing winds on the longer route are helping the jet along.  The result is that the longer route is actually two hours quicker.  Strange but true. 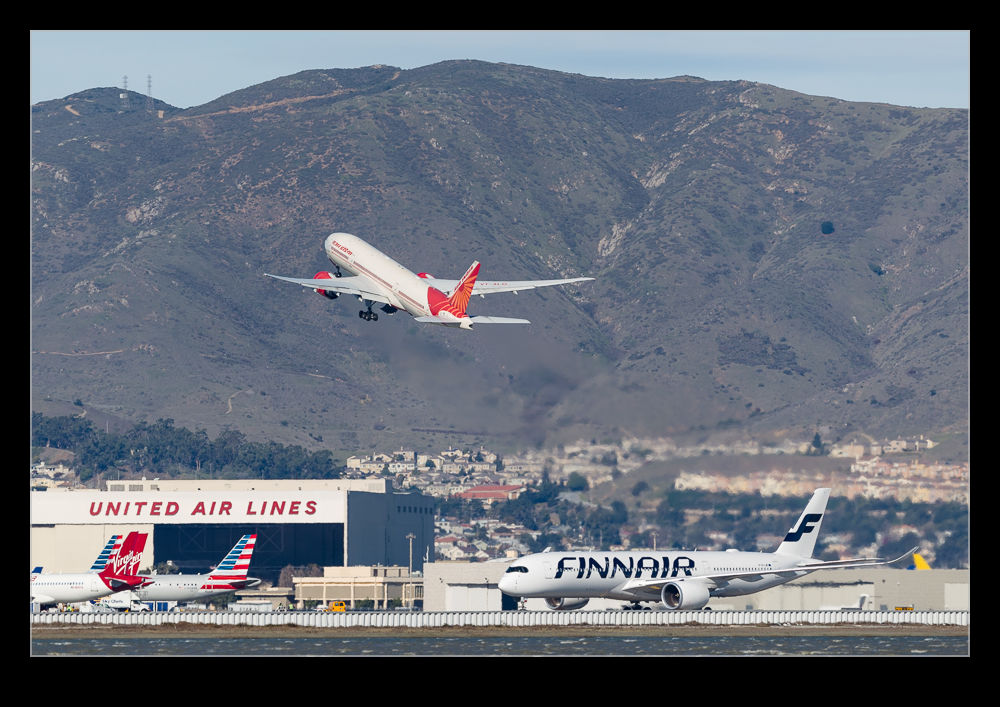 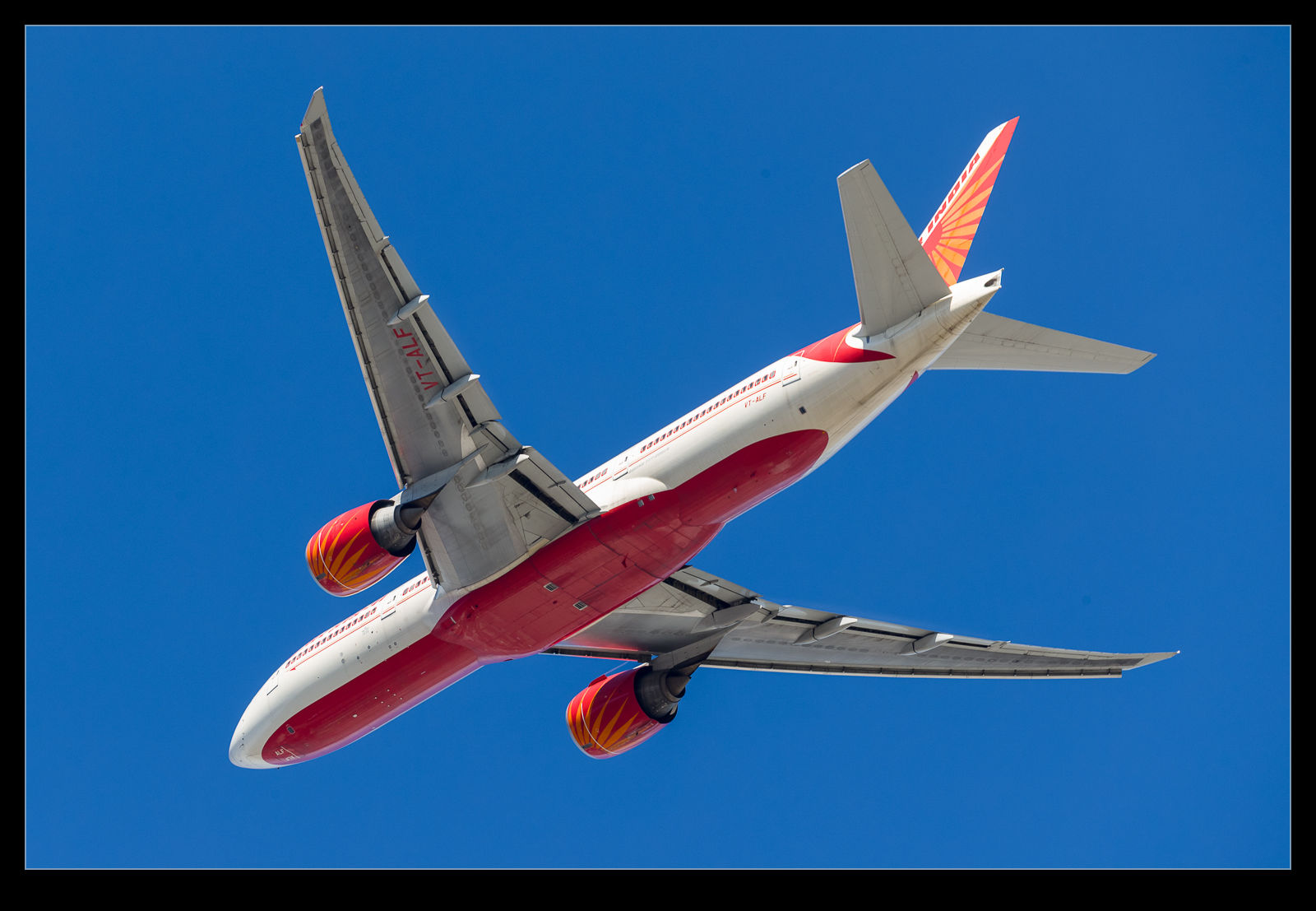