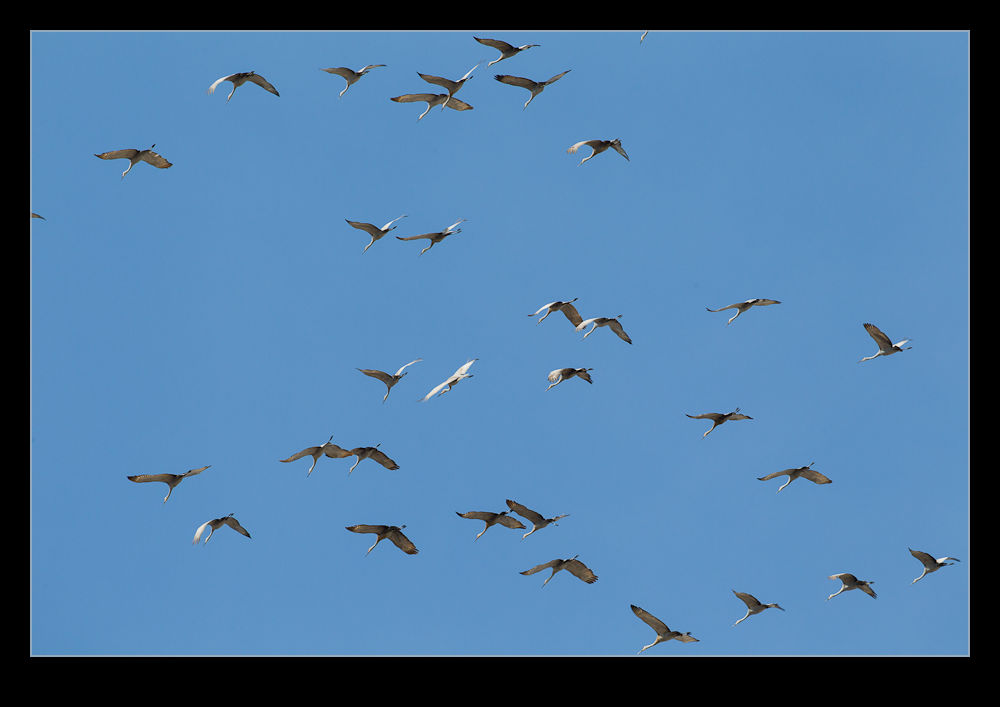 A sign of spring is when wildlife starts showing up that you haven’t seen for a while.  I had a couple of experiences within a day of each other of exactly this.  One seemed perfectly reasonable but the other was probably not the best idea.  We were walking in a state park up in Wisconsin when we heard a lot of noise.  At first I thought it was geese but, as the huge flock of birds approached, it became obvious that they were cranes. 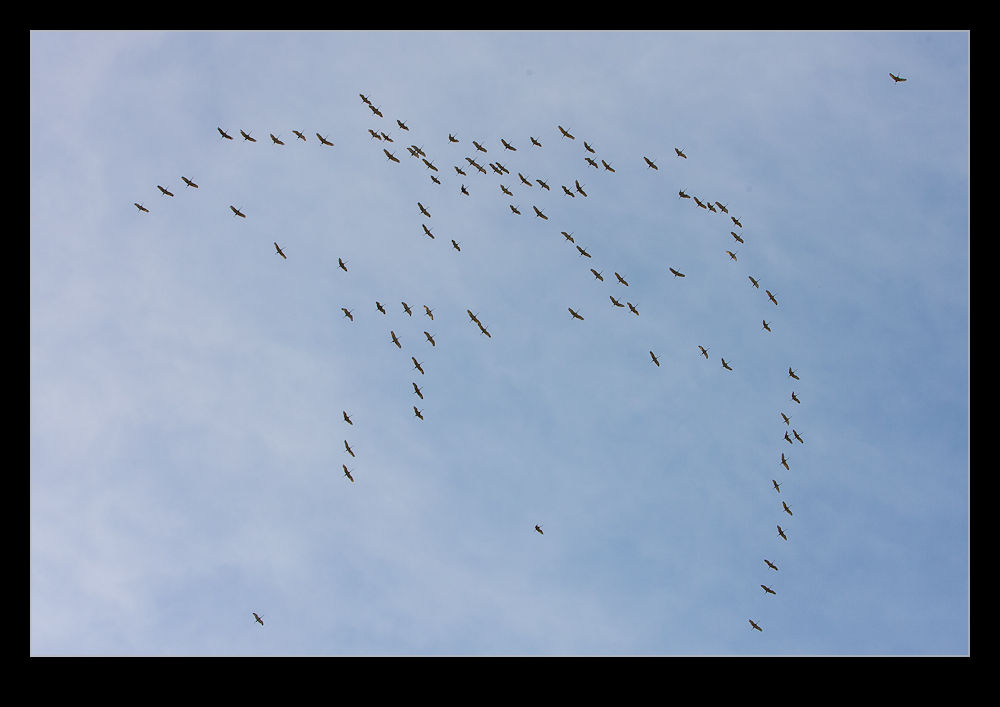 The cranes flew around a lot as we walked, some were high but others were quite low.  We walked on with not too much more attention to them as they honked their way around the area.   However, the following day I was down at O’Hare.  I saw something large and wispy in the sky and realized that it was a flock of birds.  As they came closer, lo and behold but more cranes were coming to town! 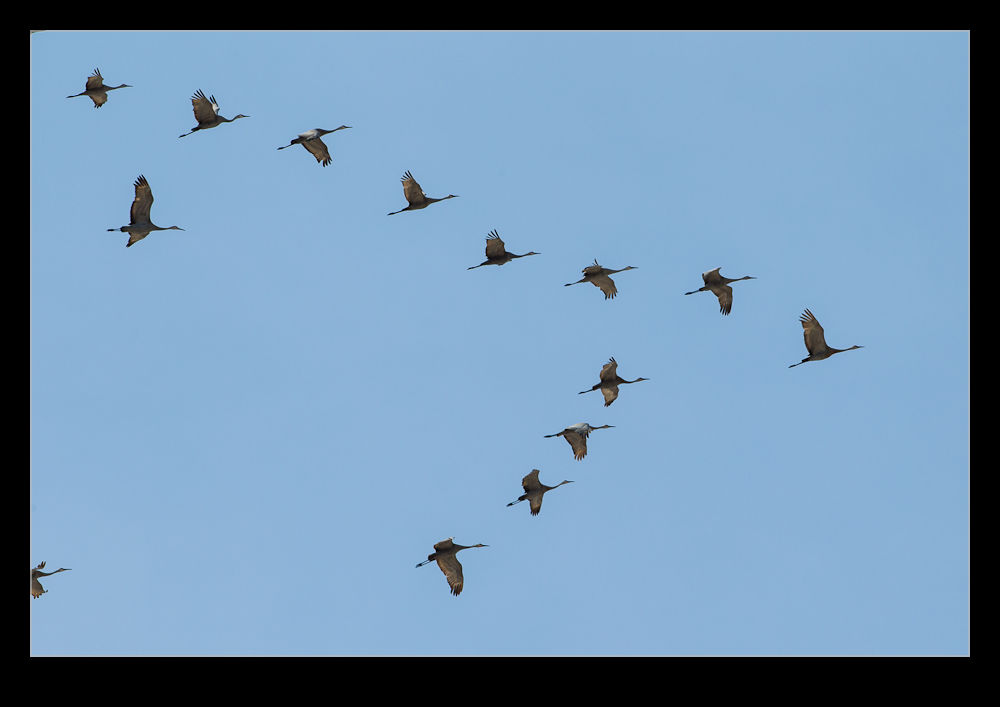 Now, O’Hare is not exactly a bird friendly location.  Having flocks of pretty substantial birds in the vicinity of so many aircraft did not appear to be a particularly good combination.  The birds swirled around for a couple of minutes, fortunately a little higher than the aircraft on approach.  Then they drifted off in a different direction and i didn’t see them again.  Not a great idea but, thankfully, no harm done this time!