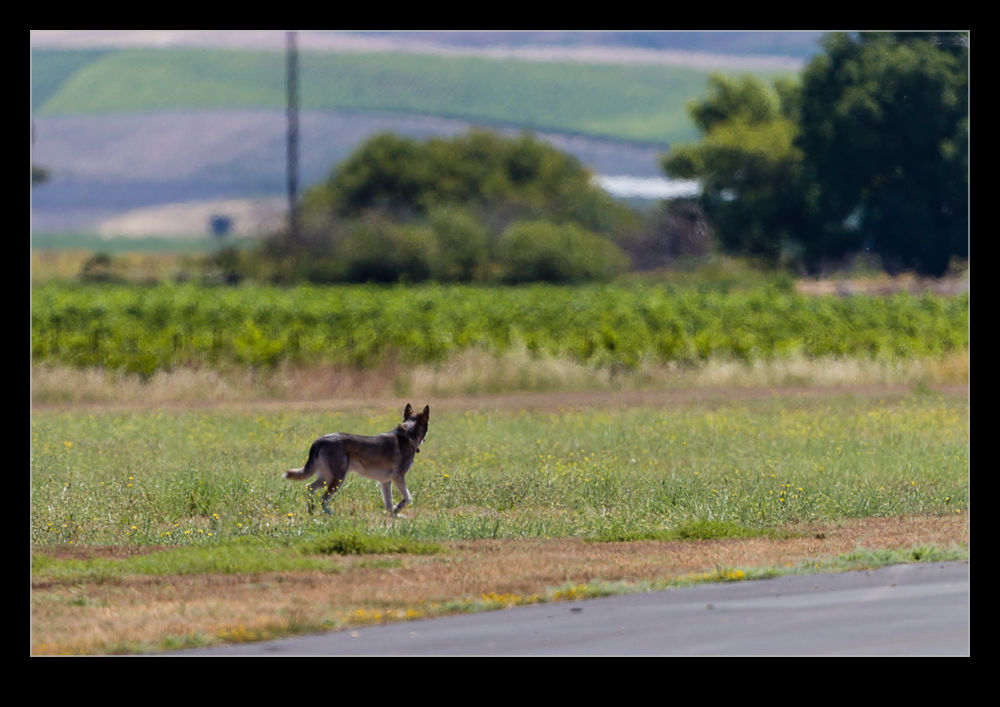 Sonoma Valley airport (Schellville) is surrounded by fields and there is wildlife in those fields. I saw a coyote come wandering out of the field and head for the runway. An aircraft had just landed and was taxiing in at the same time. The two of them met on the runway although with more separation than the photograph suggests. I was particularly impressed by the way the coyote seemed totally unfazed by the whole thing. It stared at the plane for a while and showed no interest in getting out of the way. However, it obviously had other things it wanted to do and eventually turned and trotted off. I’ve no idea what the occupants of the plane made of the whole thing! 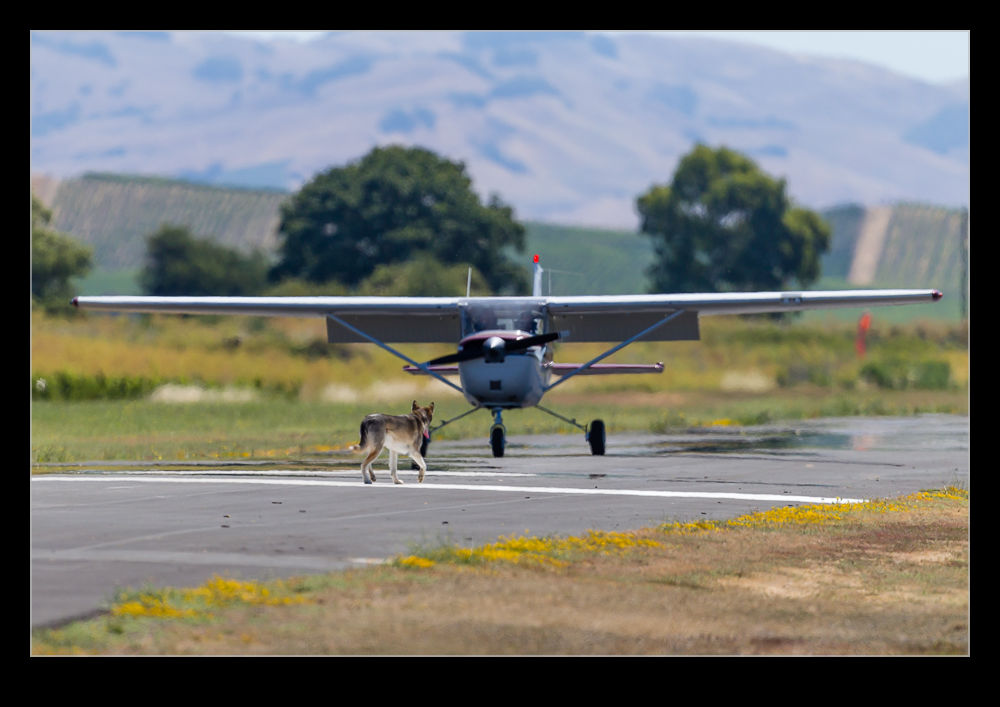