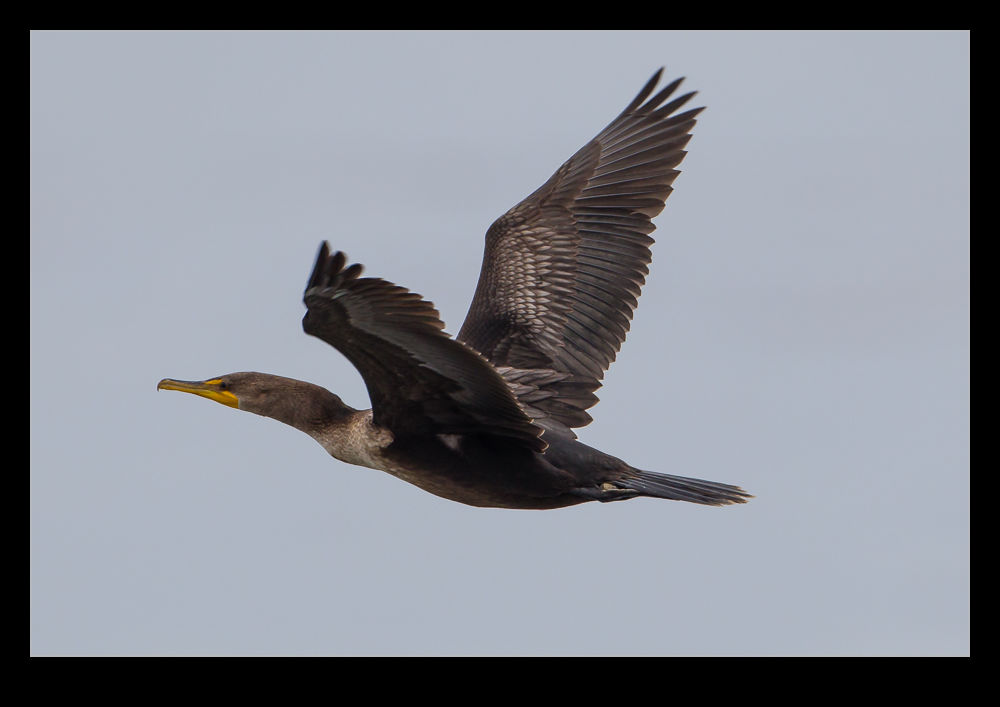 There have been a few cormorant posts of late on the blog so, if those were not your thing, look away now.  Santa Cruz may have had a large colony of pelicans as described here but it also was not short of cormorants.  They were busy zipping back and forth along the coast, sadly not often coming too close to our location but we did get an occasional look. 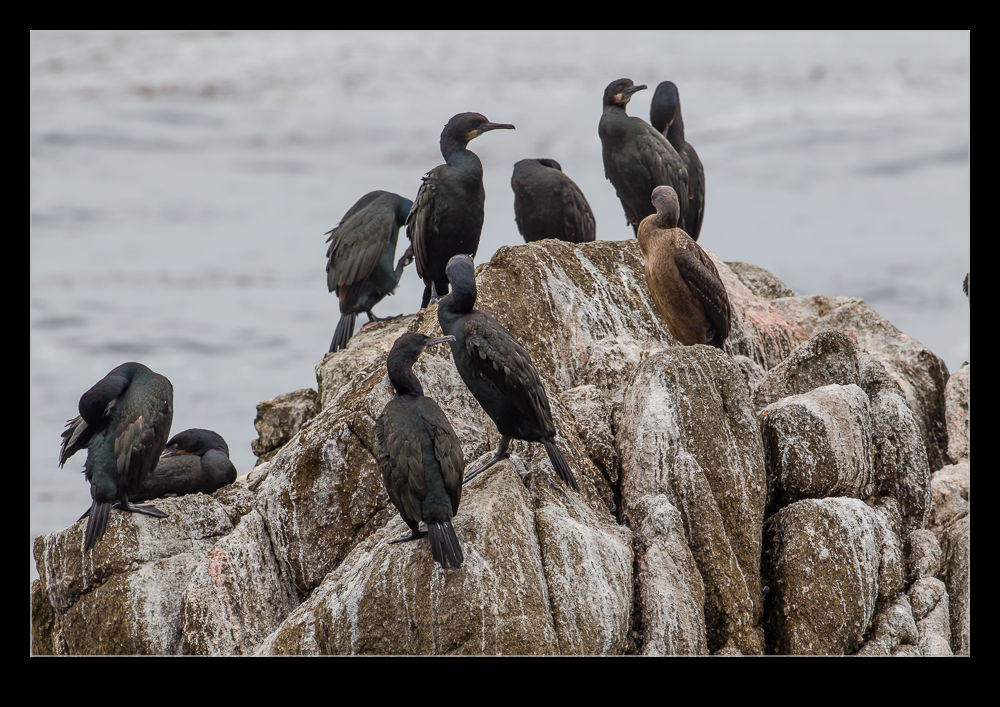 More fascinating was watching them land on the rocks.  The pelicans seemed to be clearly in charge of things but the cormorants did have some spots they were taking up.  However, good landing areas seemed in short supply for them.  Instead, they took a rather more direct approach.  They would fly right at the rock face and flare into what seemed like an impact with the rock.  In doing so, they would grab on to something and then clamber up the rocks to their colleagues. 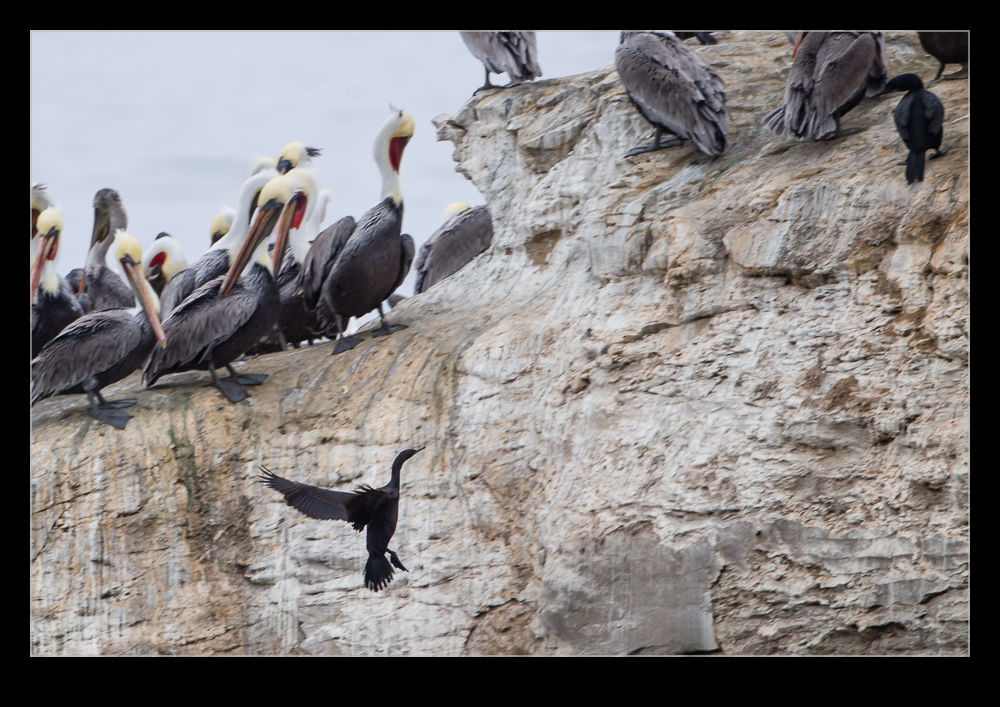 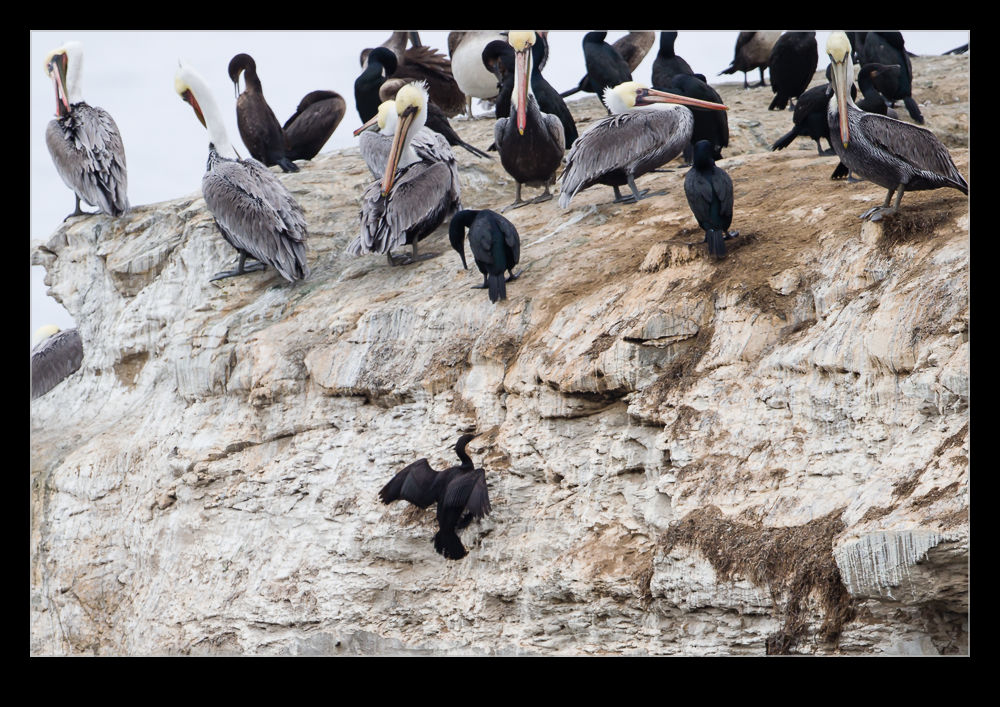 It all looked rather like hard work but, if you are lowing on the pecking order (and with a bill the size of a pelican’s, who wouldn’t be) I guess you have to be innovative. 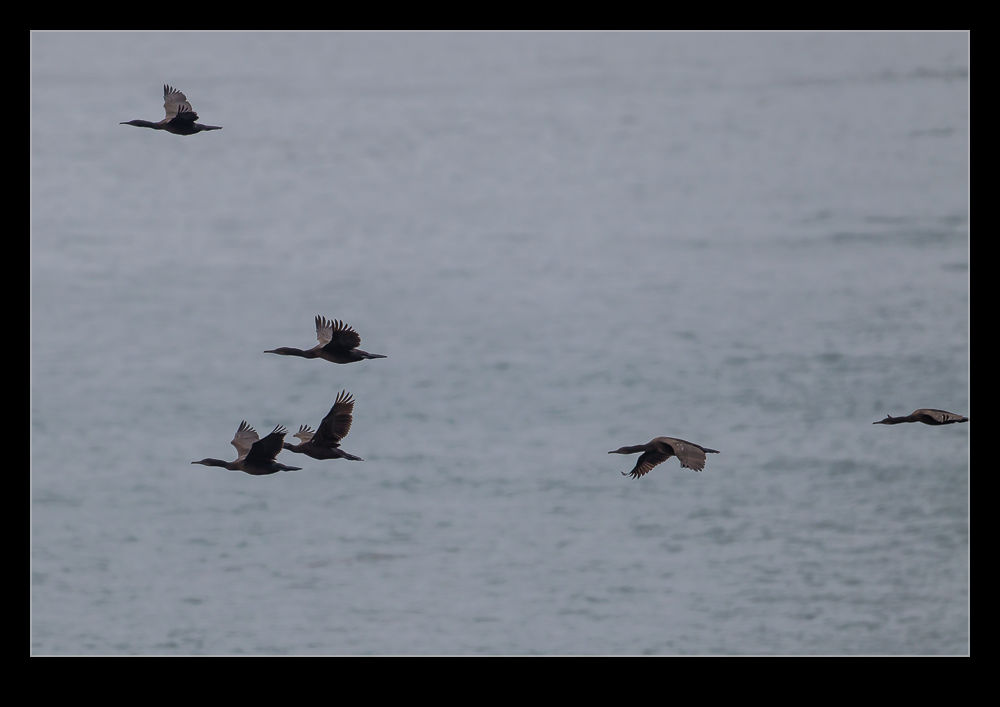