I was in Alameda recently and, as I started to head back towards Oakland, I came along the channel that separates Alameda from the container port. One of the large container ships was just making its way out of the port with some tugs in support. As a kid, I grew up by the sea and used to watch the container ships coming out of Southampton. Those ships looked huge at the time. Now, they are lightweights in comparison to the modern ships. The one I saw on this day was not big compared to the very latest mega ships but it was still pretty substantial. While it had plenty of containers onboard, I am guessing that a lot of them were empty as she was riding quite high in the water. Even so, it was still cool to appreciate just how big these things are. 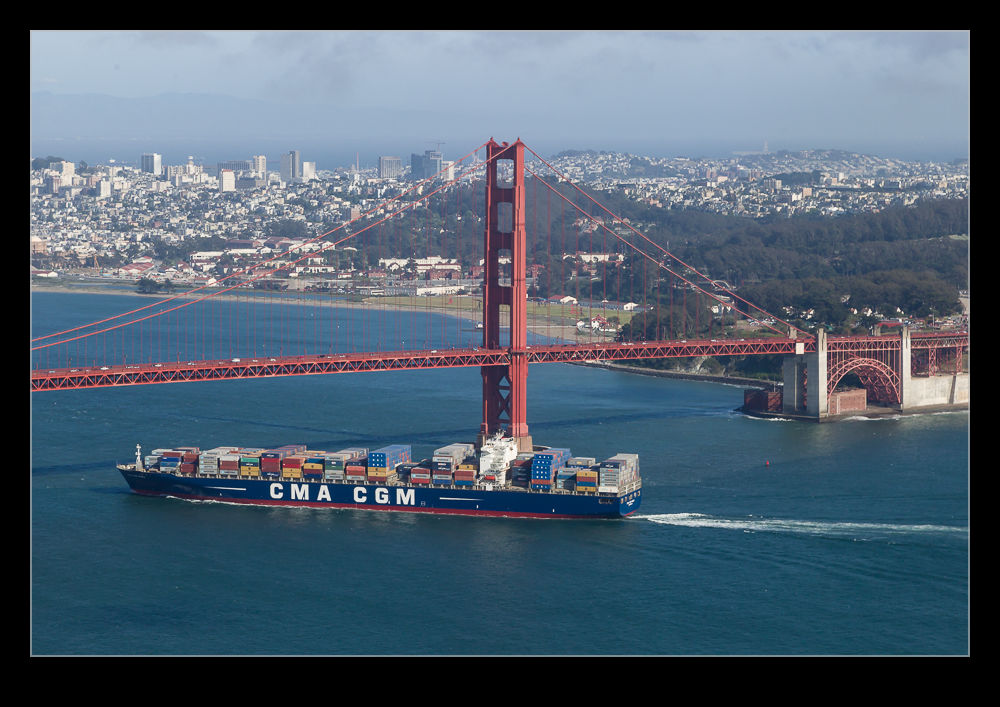 Later, while we were up on the Marin headlands, I saw another ship making its way in under the Golden Gate Bridge. That was another comparison of sizes in which the ship suddenly looks rather insignificant compared to the bridge!