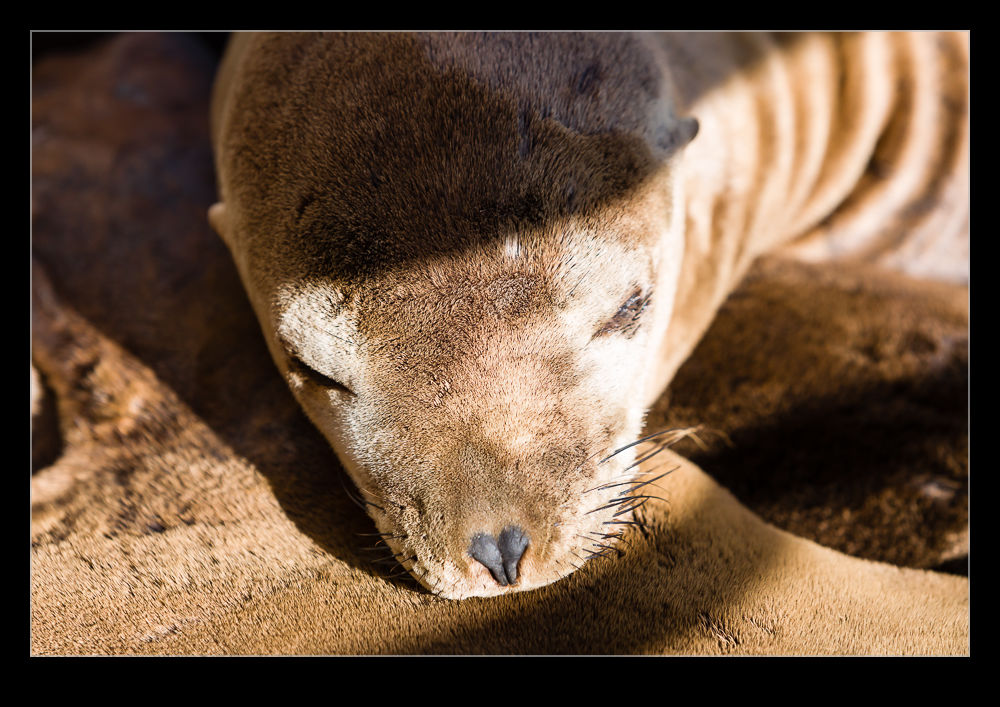 En route back from Monterey, I wanted to show Liese and Chris the sea lions that bask on the jetty at Moss Landing. We got out of the car and sure enough, there they were. However, something had happened since I had last been there. One section of the jetty was gone and another section only seemed to be partially attached. I guess a storm had done some damage. This didn’t make any difference to the sea lions and they were squeezed on to all of the remaining space. 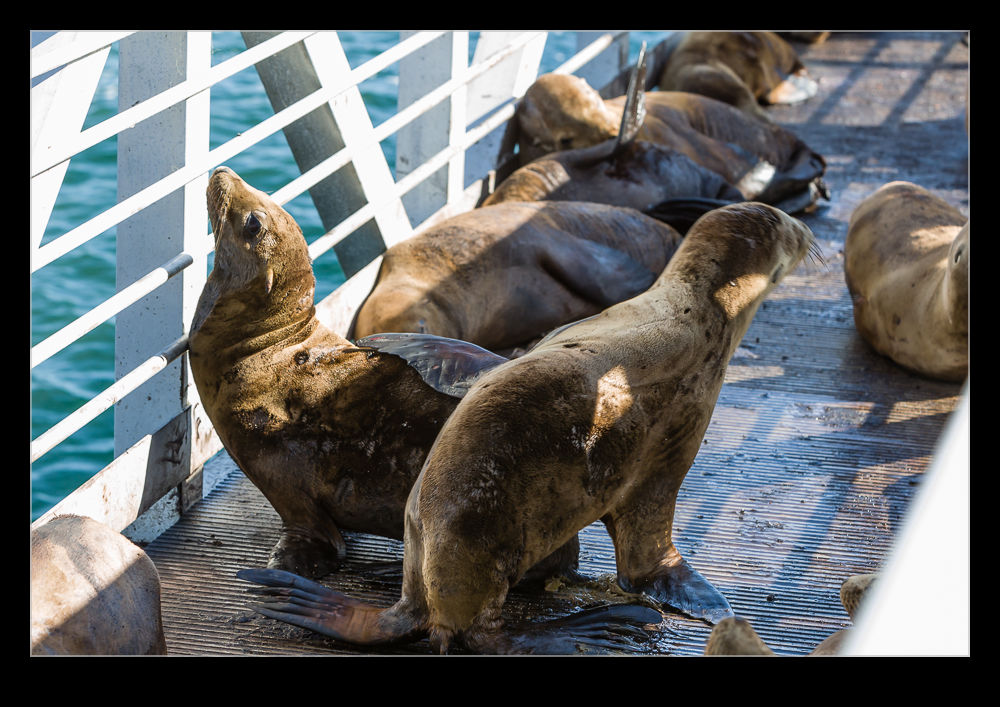 Whether this was a space issue or not I don’t know but a whole bunch of them had taken up residence on the ramp to the jetty from the parking lot. This ramp is blocked off to pedestrians but this isn’t a problem when you can look over the wooden panel and see the sea lions right underneath you. They certainly didn’t seem bothered by us and most didn’t even open their eyes, preferring to doze in the sun. Lower down by the water, the usual squabbles were going on between those in a good spot, those in a bad spot and those trying to get out of the water and find a spot of any sort.