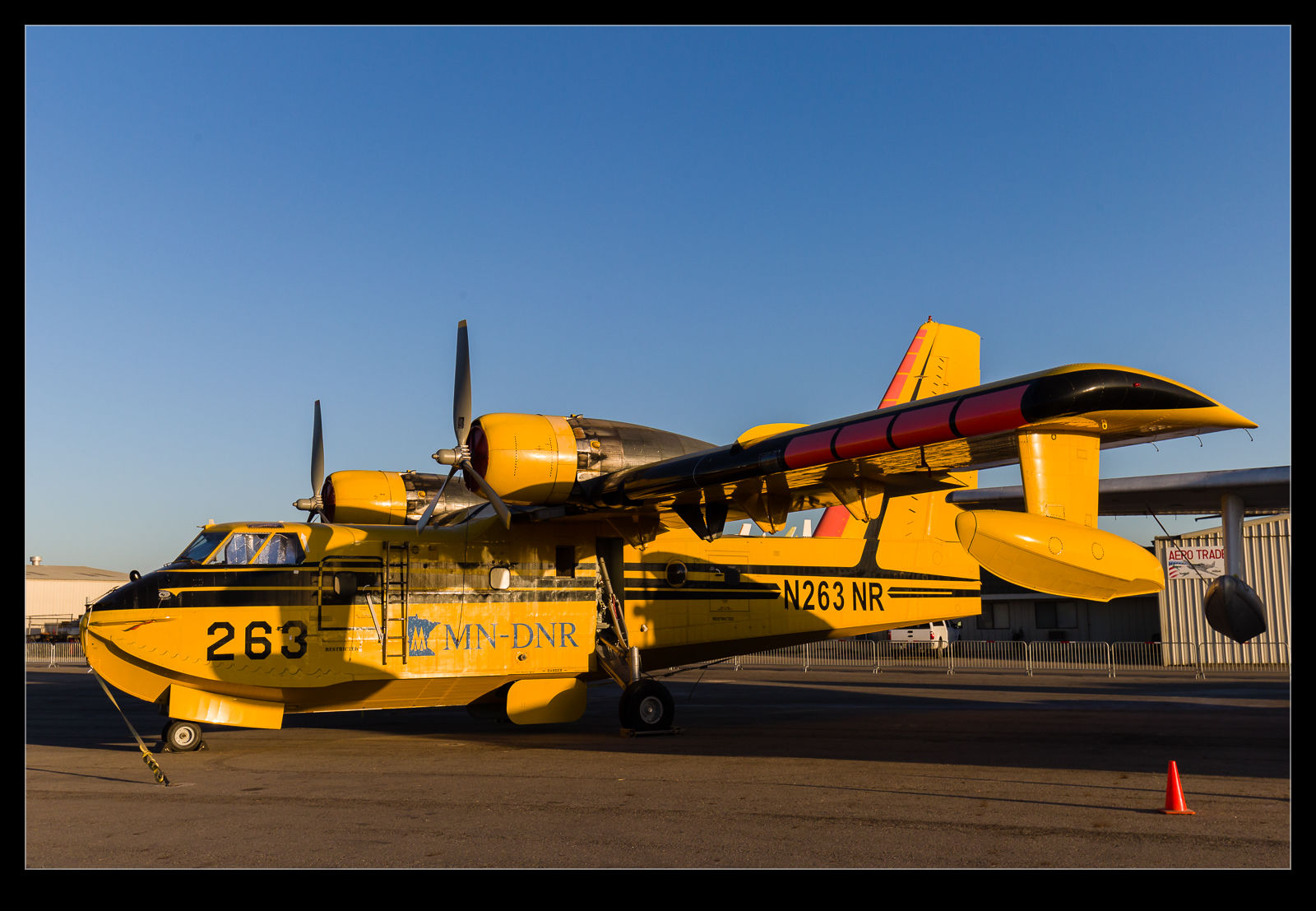 Canadair were a company that put together some odd projects. Before they became part of the Bombardier family, they produced a business jet and a water bomber. The Challenger (which came from an earlier Bill Lear project) has gone on to spawn a large number of production aircraft of various types. The CL-215 is a different story. 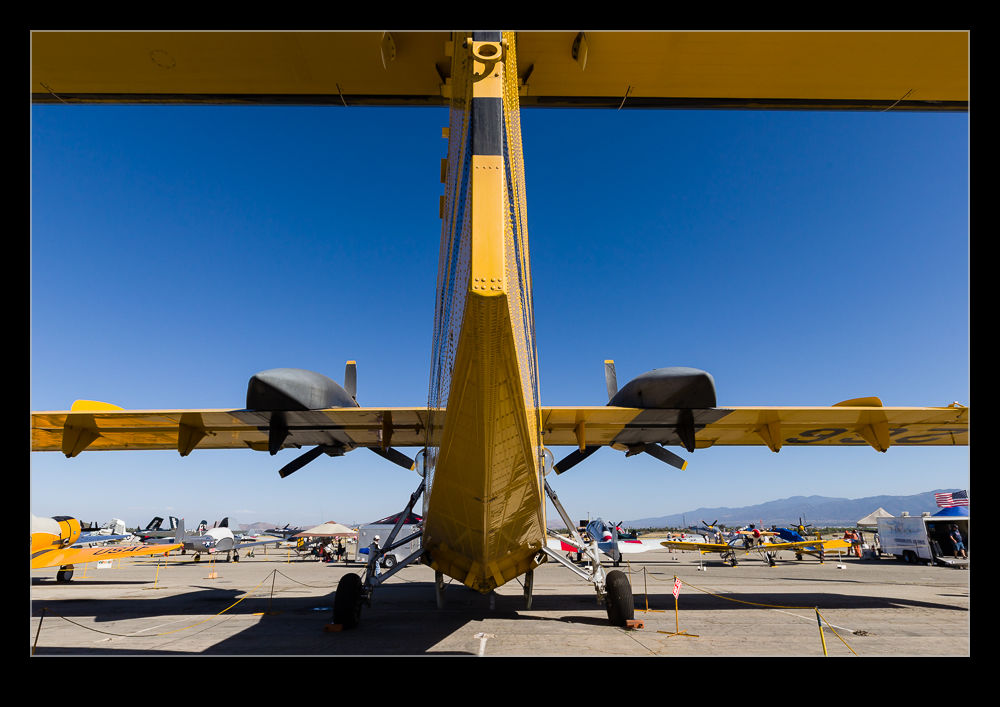 Water bombers are a very useful tool in fighting fires. Within that sphere, the CL-215 has been a great success. That is not a huge world, though, so production has been modest. Even so, the original piston powered aircraft has gone through a turboprop conversion program and the current production model, the CL-415 has turboprop engines as well as airframe and systems enhancements. Production is at a low rate but they do still come out of the factory. 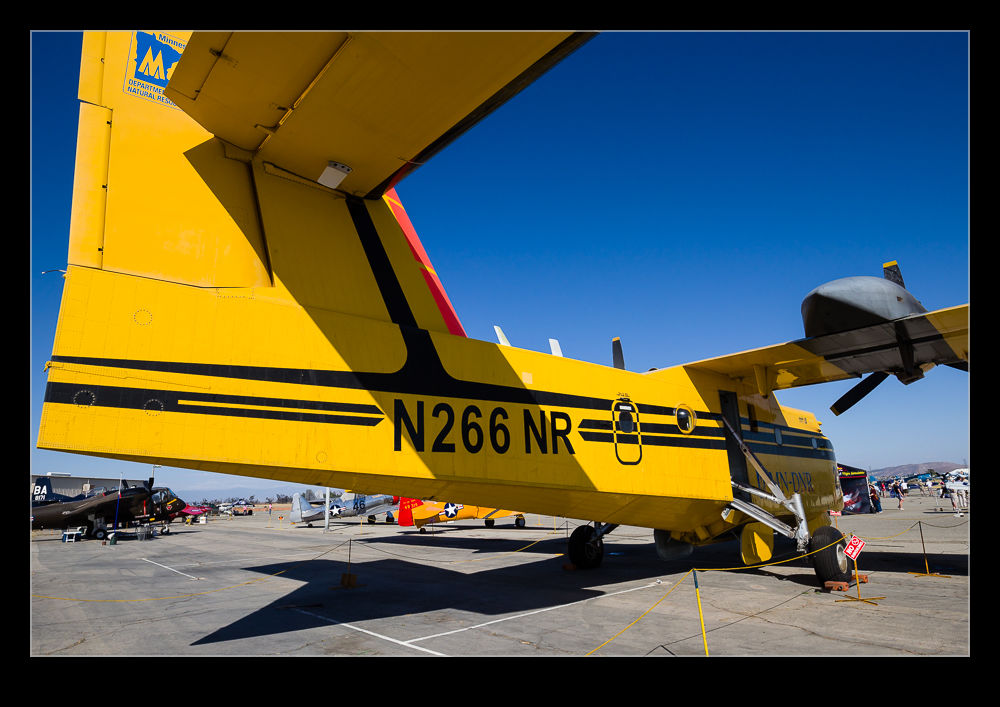 I was quite pleased to come across a couple of the planes that are still fitted with the original radial engines. The already chunky lines of the plane go quite well with the bluff profile of the piston engine – something the turboprop lacks a little. These planes weren’t flying. They were awaiting their next project. With the fire season approaching, I imagine it won’t have been too long after I saw them before they were back in action.