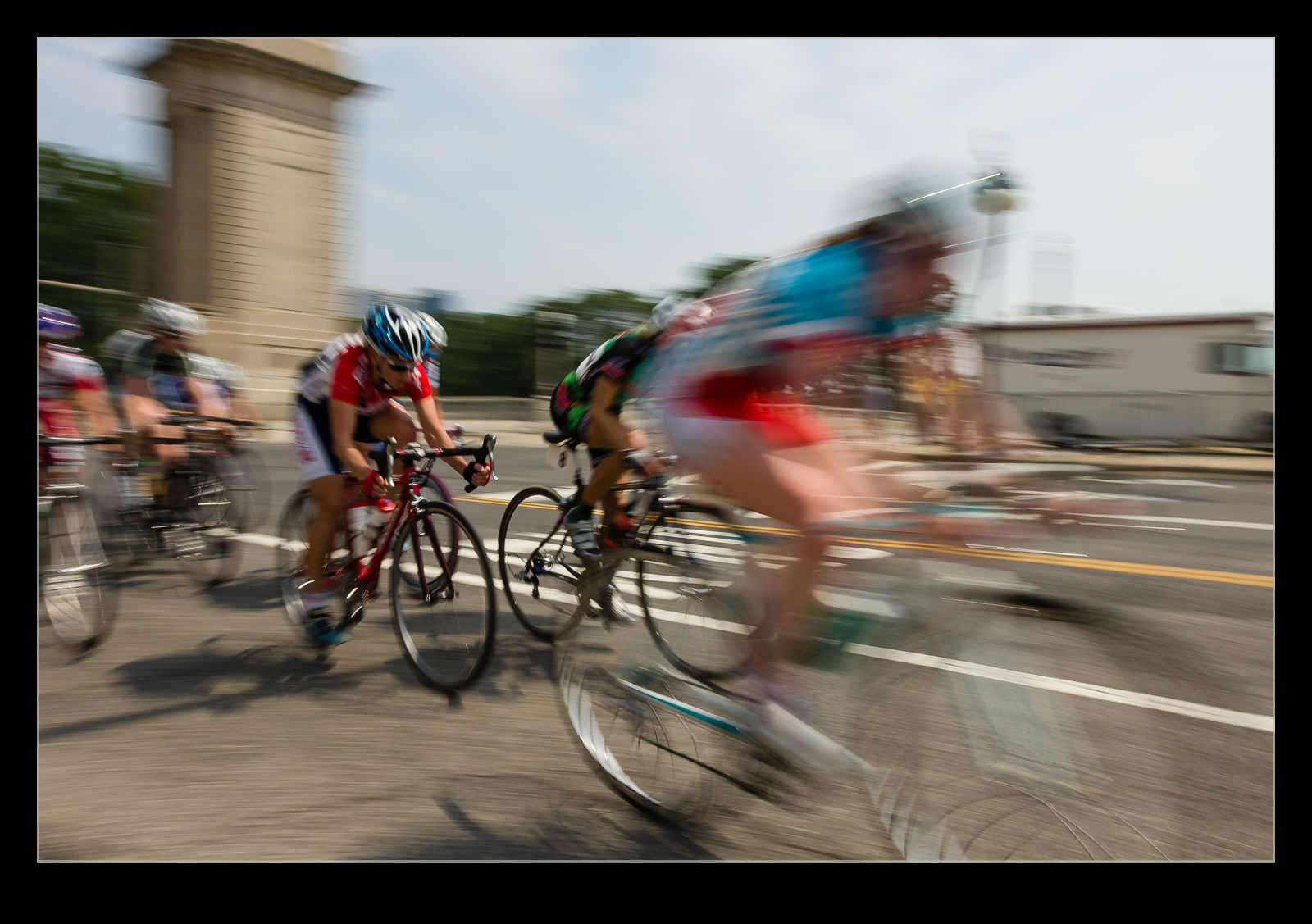 My friend Ben Kristy is a keen cyclist and his son has been competing well in various cycling events. As a result, Ben has been to a number of races and has shared a bunch of pictures of racers competing. This all triggered in my mind some cycling shots that I got quite a while back. Chicago held a criterium race series once a year for a number of years. I have no idea whether it is still taking place but I did go and watch it one year. 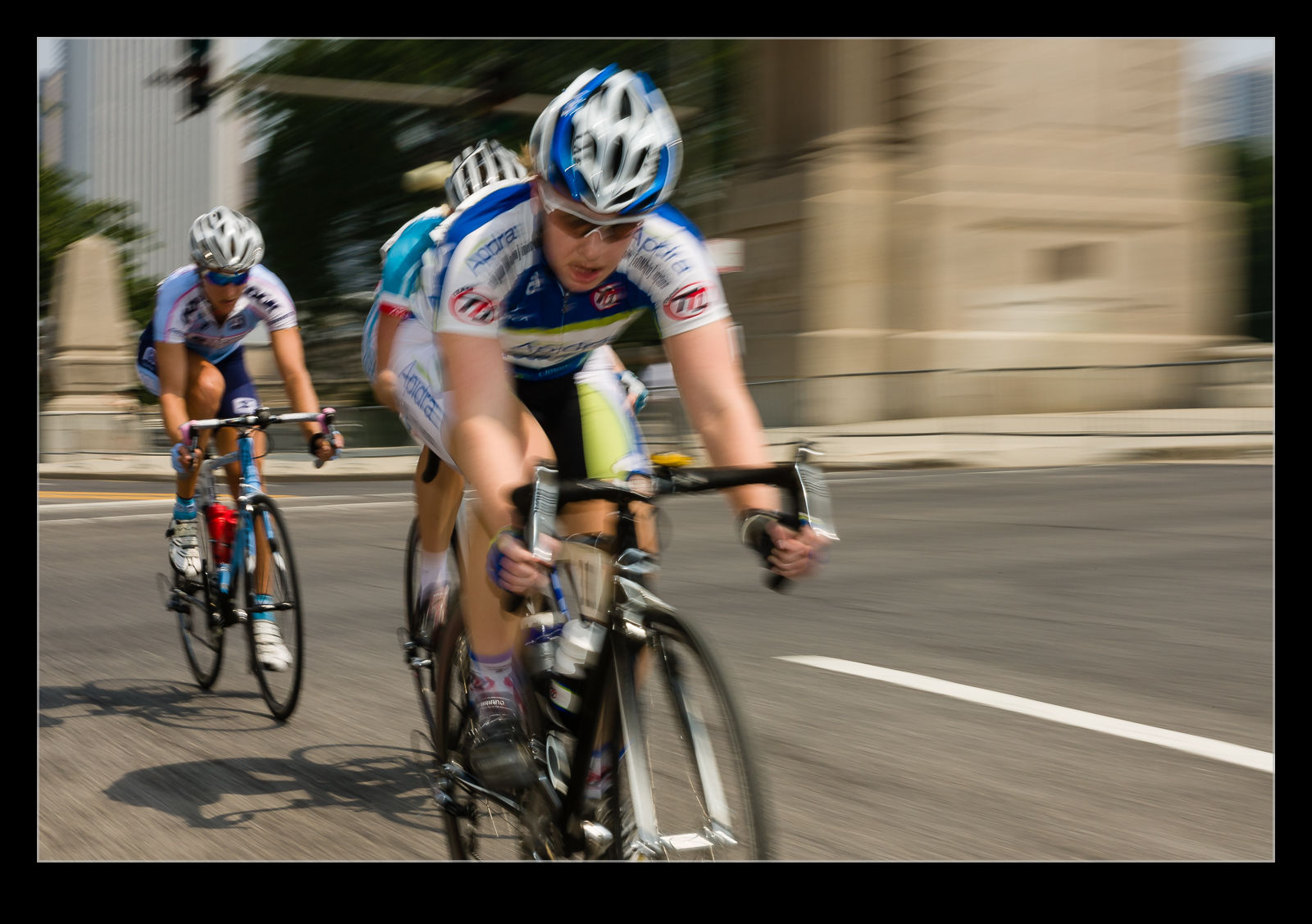 The races were held in Grant Park and made use of the roads around the park including Michigan Avenue. There were different classes or race and various age groups. Plenty of people came out to watch things but it wasn’t too crowded so it was possible to move around to see things from different locations. I had only shot cycling a couple of times before and never had I previously thought about what shots I wanted. Then I had just taken pictures of whatever was going on from where I was standing. 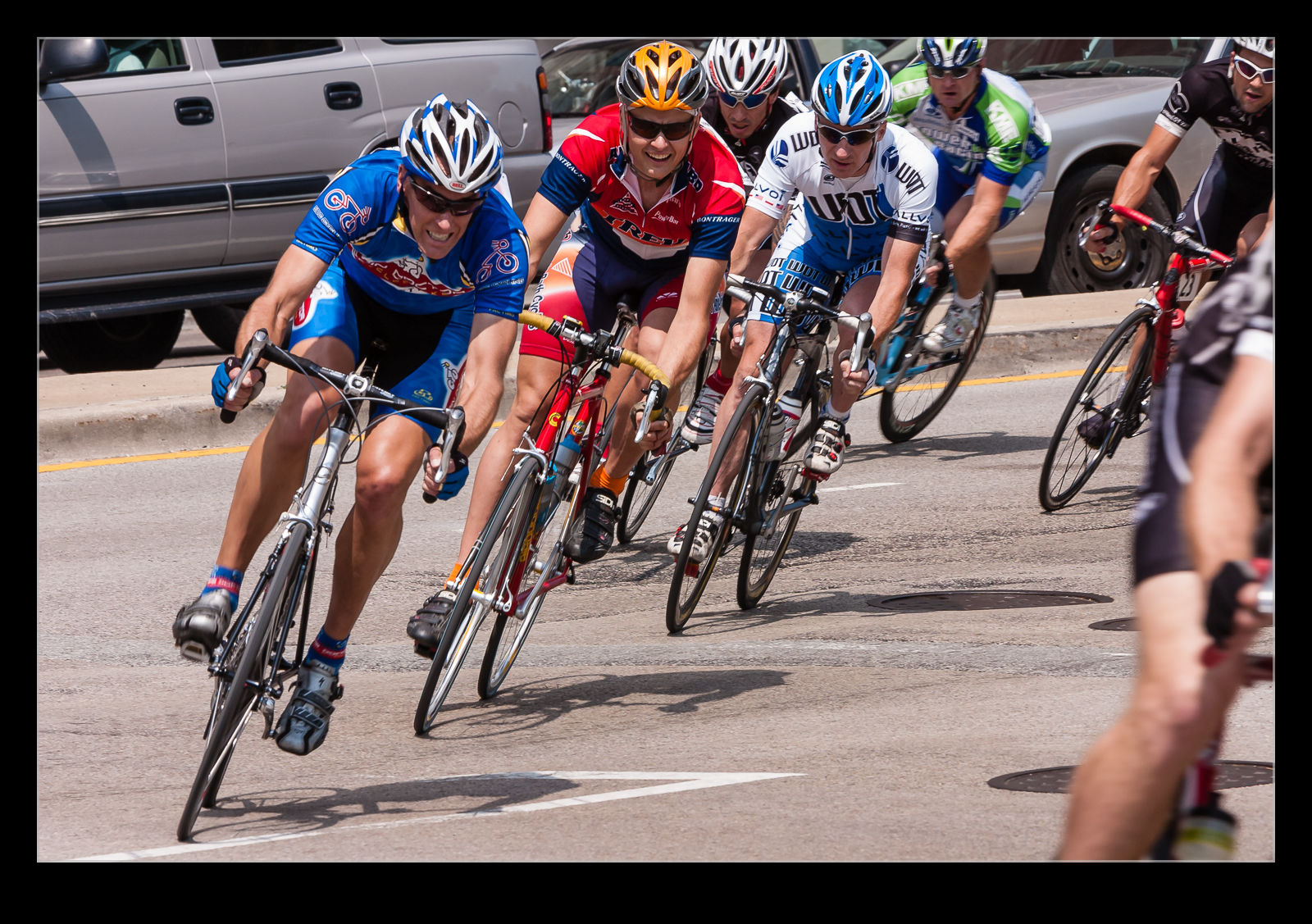 This time I tried various locations to get different perspectives on the riders. I tried getting low down and being both inside and outside the turns. Getting something that conveyed the speed at which they were going was what I was interested in. This is now quite a few years ago. If I were to do it again, I suspect I would have tried a bunch of other things but these shots I what I came out with on that day. 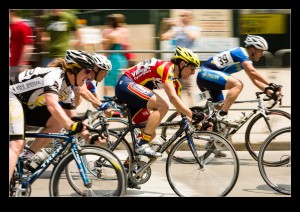 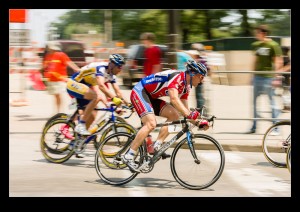 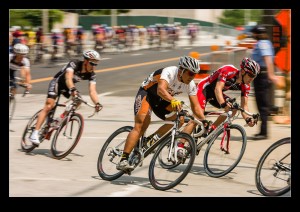 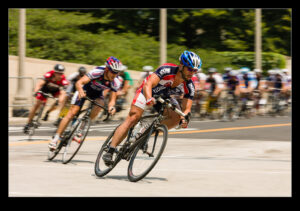 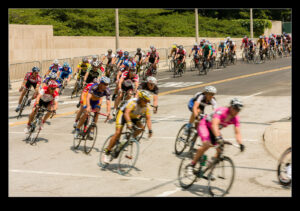 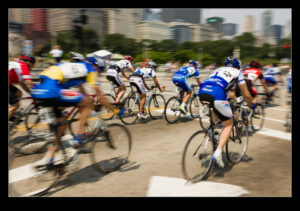 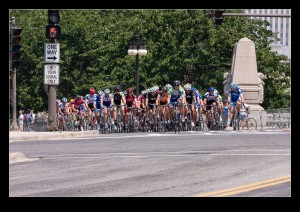 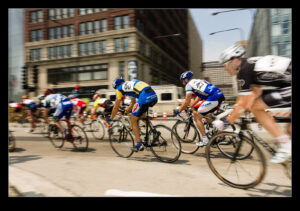 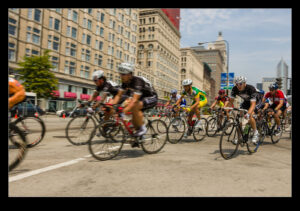 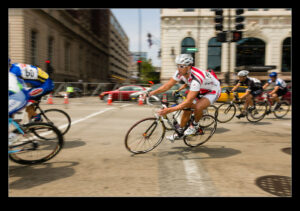 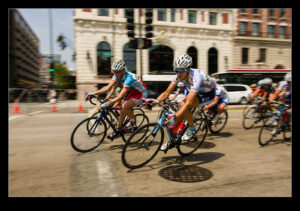 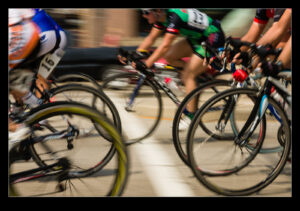 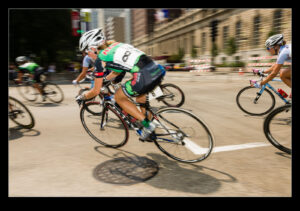