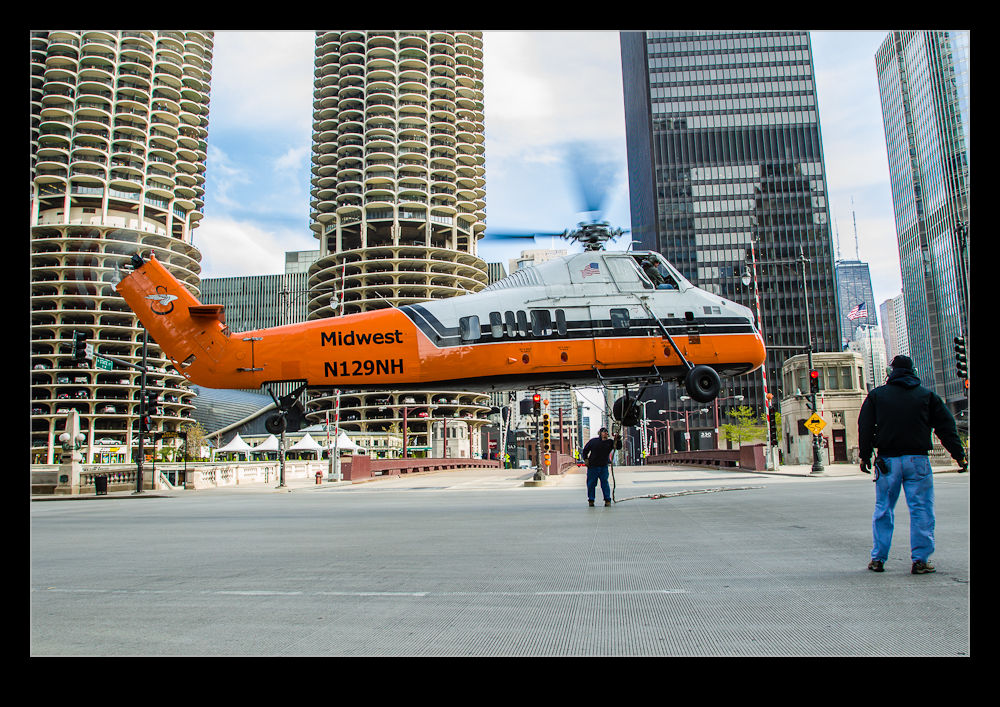 And so we progress to Part 2.  Attentive readers will already be aware that the Unitrin sign had been removed.  I was a lazy boy and watched from my living room.  The following weekend the new sign was scheduled to go up.  Fortunately, we had friends staying with us.  Mark is a flight test engineer and a pilot so the suggestion that some aviation action could be added to the weekend was good for him.  Since it was close to home, we wouldn’t be missed for a short while on a Sunday morning. 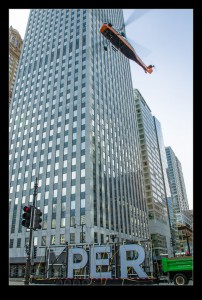 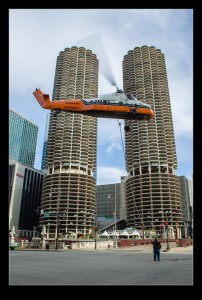 The replacement of the sign was pretty much the reverse of the previous week.  The letters and the logo had been assembled on the street on the back of trucks.  Two sides of the building had to be done and fortunately our side was to be first.  The placement of the signs was a touch more tricky than the removal.  Pulling them off meant getting them clear and dropping them down to the street.  Lifting the new ones up was complicated by the way in which the letters – which are large but don’t weigh much – can catch the wind and start to rotate.  The crews on the building have to catch the tag lines and then pull them steady before positioning them. 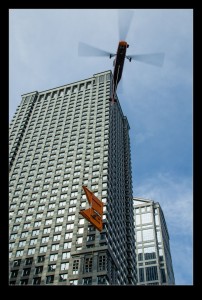 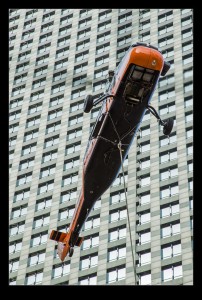 They soon got a good rhythm going and we watched the letters and the logo go up on the first side of the building.  We then retreated to further away as the other side was dealt with, not least because a lot of it was out of sight from the better locations.  Midwest did a great job as always and it was good to see the team.  Thanks everyone and Mark certainly was glad to see one of these jobs in person. 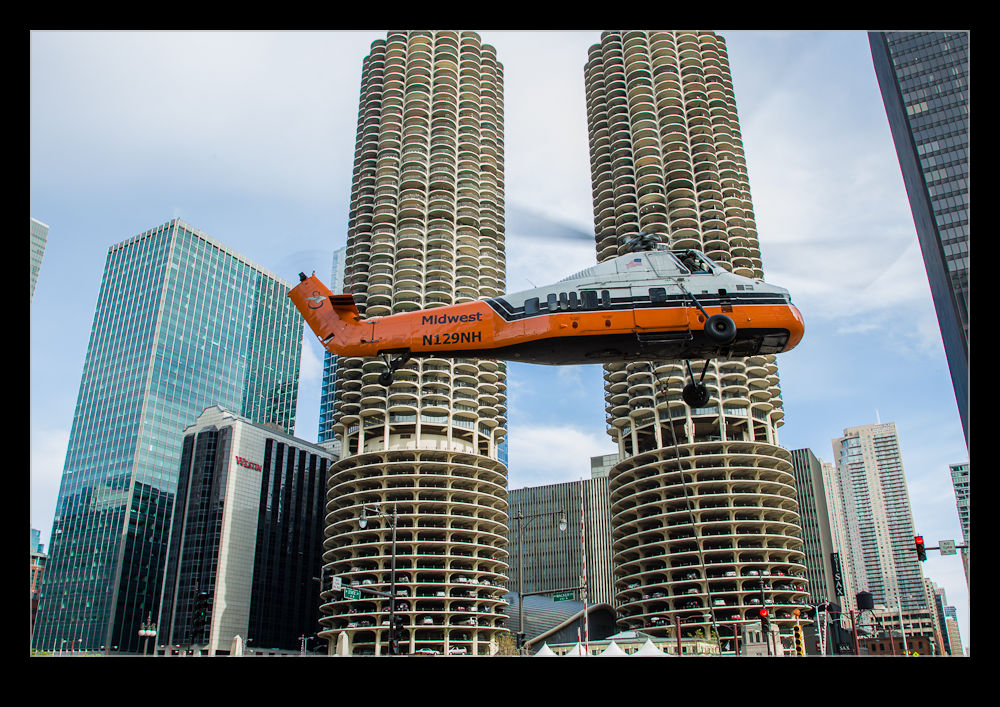