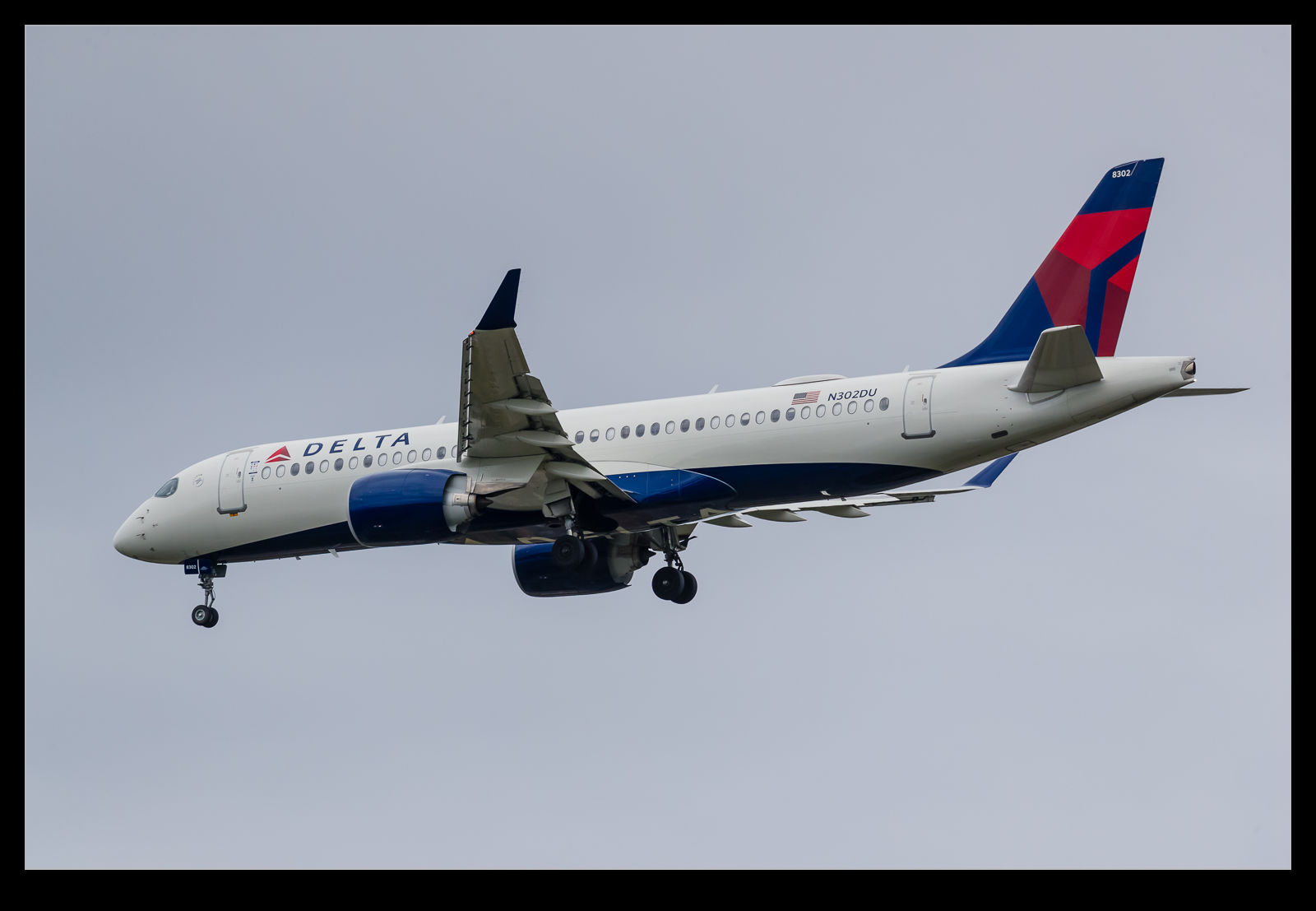 It’s true that the C Series is no longer called that but the A220 is not such an exciting name and the title was dull enough as it was so I figured some artistic license was allowed.  I have shot A220s a number of times both in Seattle and Dallas Fort Worth since Delta flies them to both locations.  However, to date, my only experience had been with the original aircraft, the A220-100.  The -300 is the stretch version (or the actual original idea if you believe some analysts) which is proving to be the more popular seller.  Delta has started taking delivery of them and one was coming to Seattle on a Sunday morning so I went out to catch it.  Conditions were not ideal.  In due course, these will be a common sighting but a first is still a first.  Loads are flying in to Vancouver with Air Canada but, until the border opens, I will have to make do with this one. 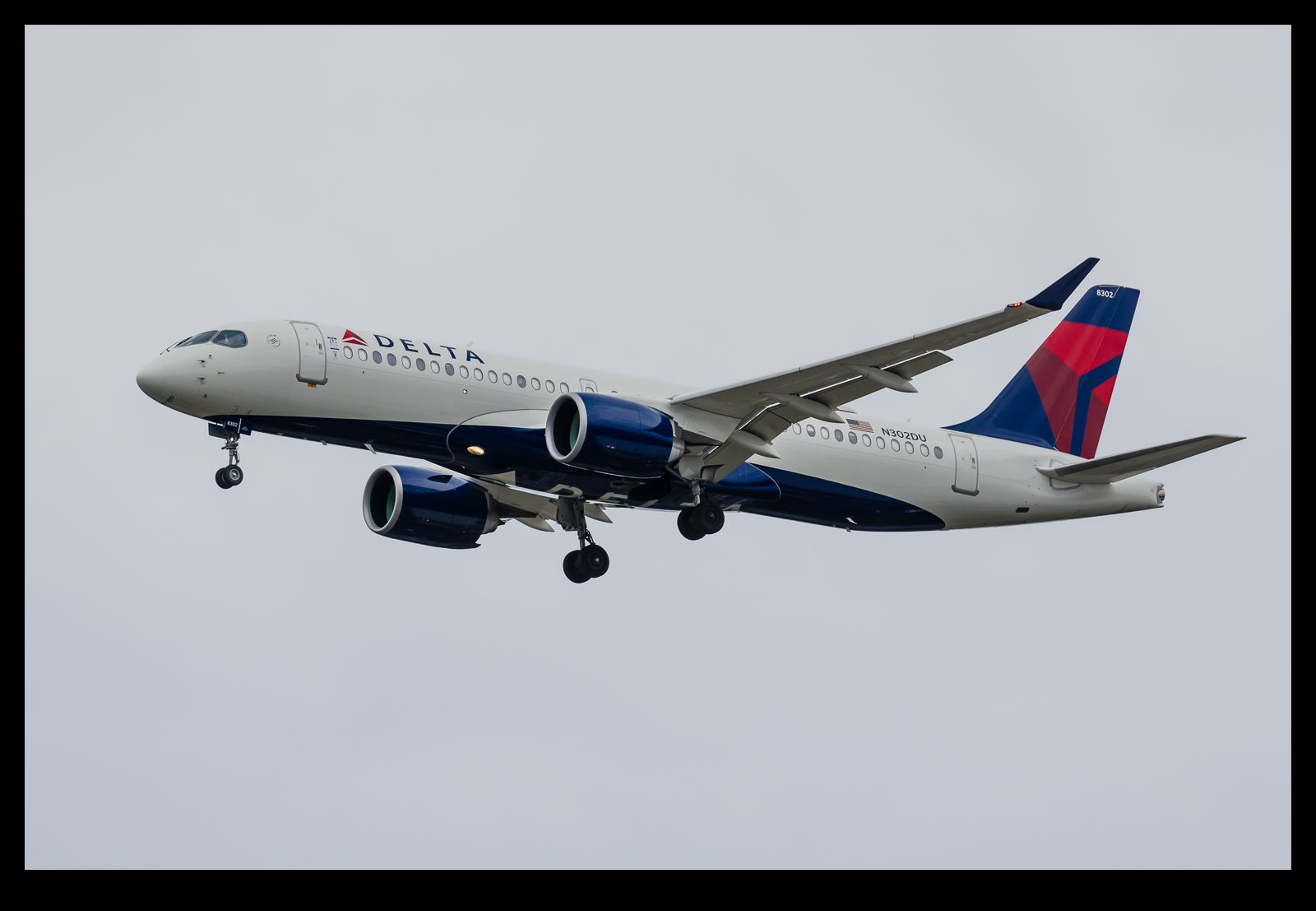