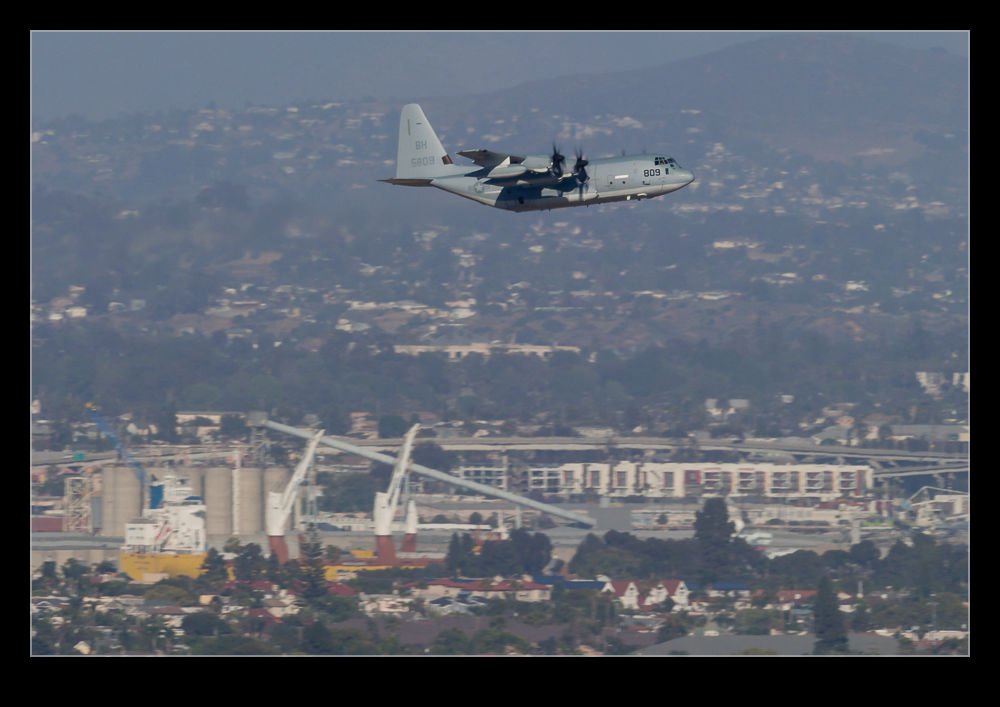 While I was not aiming to get any aviation photography done while I was in San Diego, I don’t think it is wrong to grab a few shots of passing aircraft if they happen to come my way. It’s not like I planned for it to happen. While we were up at Cabrillo, a C-130 launched out of NAS North Island. It was still a reasonably large distance away from us but I did manage to get a few shots of it as it climbed out in our general direction. At least it stopped me from getting withdrawal symptoms. 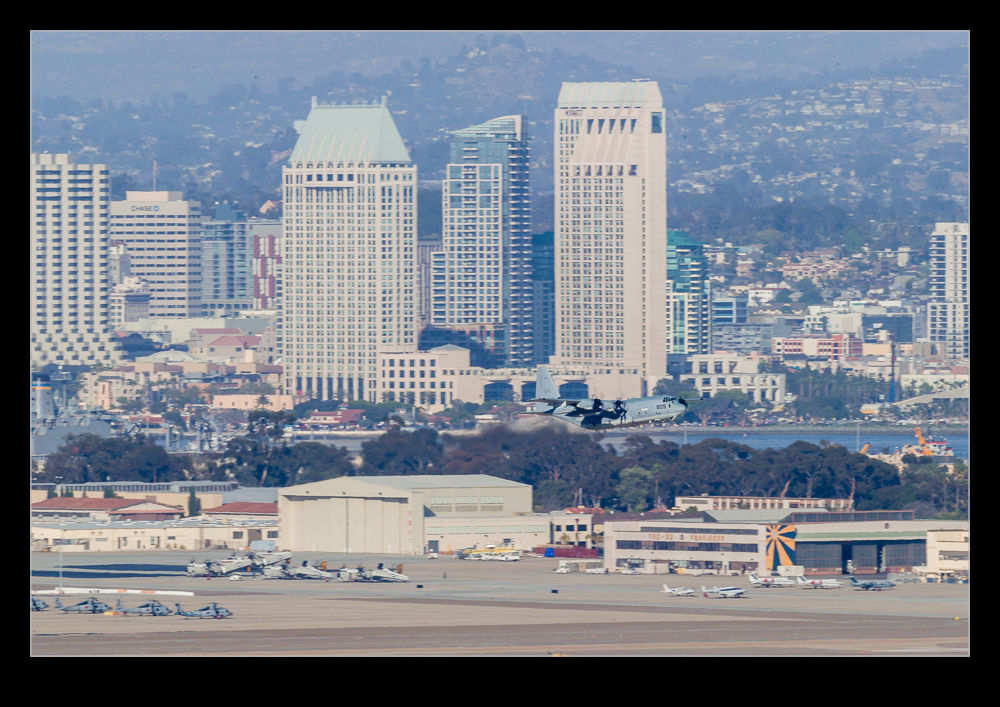 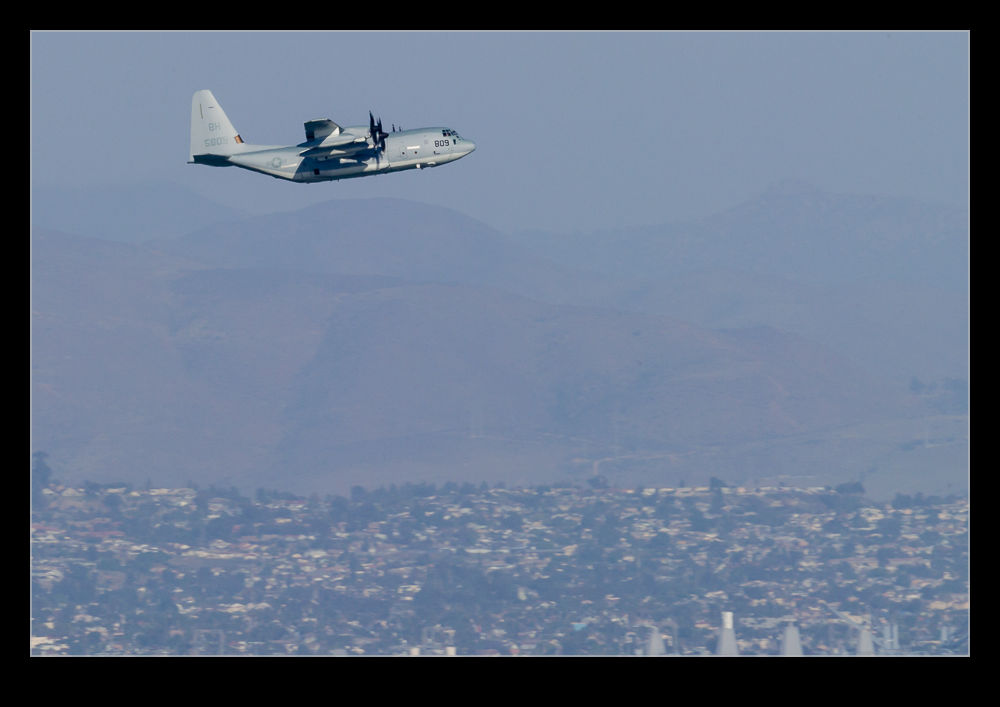