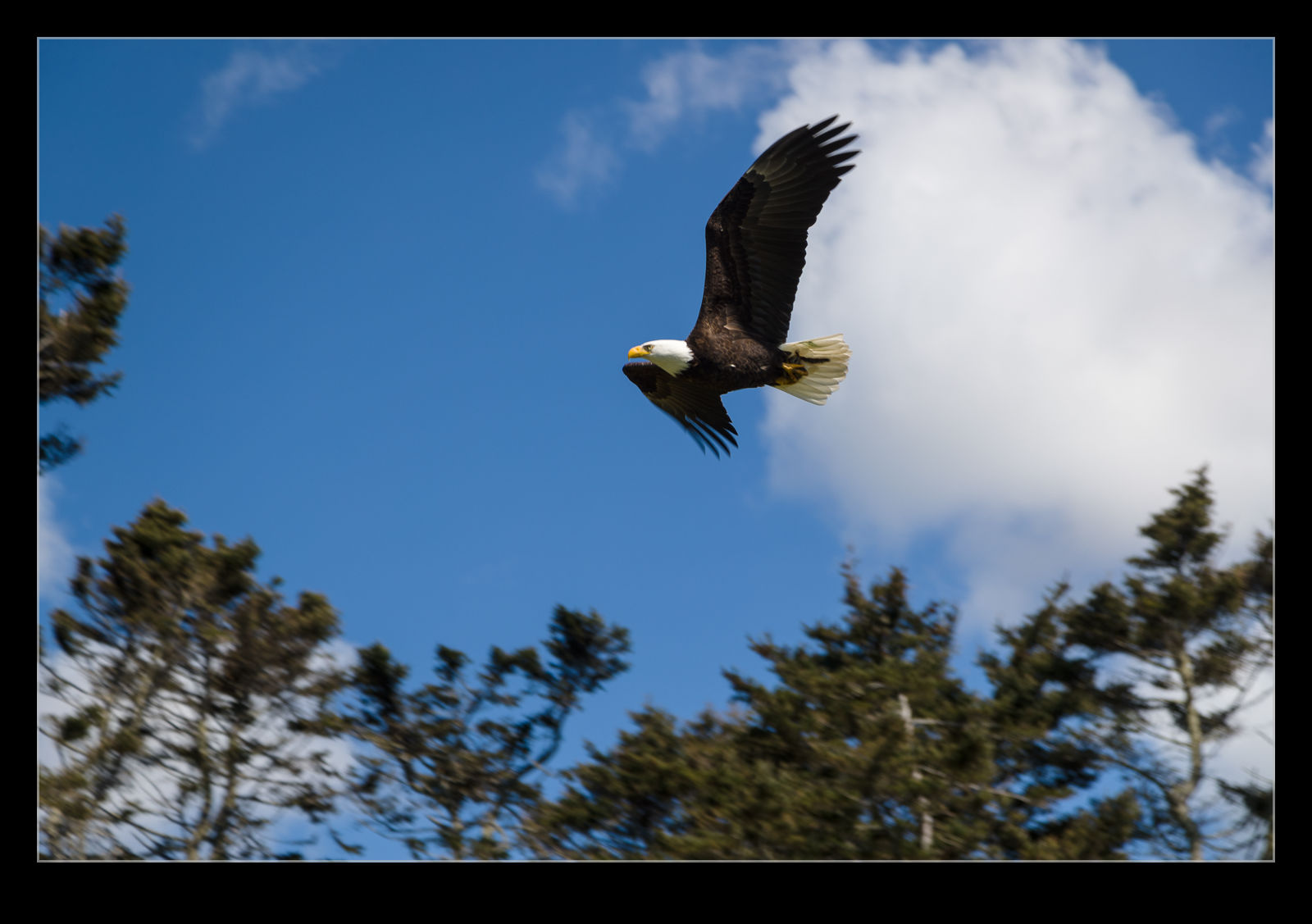 We had a day out on Whidbey Island and we stopped off at Fort Casey to eat our lunch.  We parked up near the lighthouse and there was a bald eagle hanging around along the cliff tops.  The updrafts made soaring around a piece of cake for it.  It landed in the top of a tree near us as we walked along the cliff.  When we turned around and headed down the slope towards the fort, it started flying high above us and then appeared to swoop down into the bushes – presumably to catch a snack.  We lost track of it at that point but a short while later it emerged from the bushes flying just above head height and straight towards us.  I had the camera on the wrong settings to maximize my chance of getting a good shot but I still managed to get a few slightly blurry ones as it buzzed by. 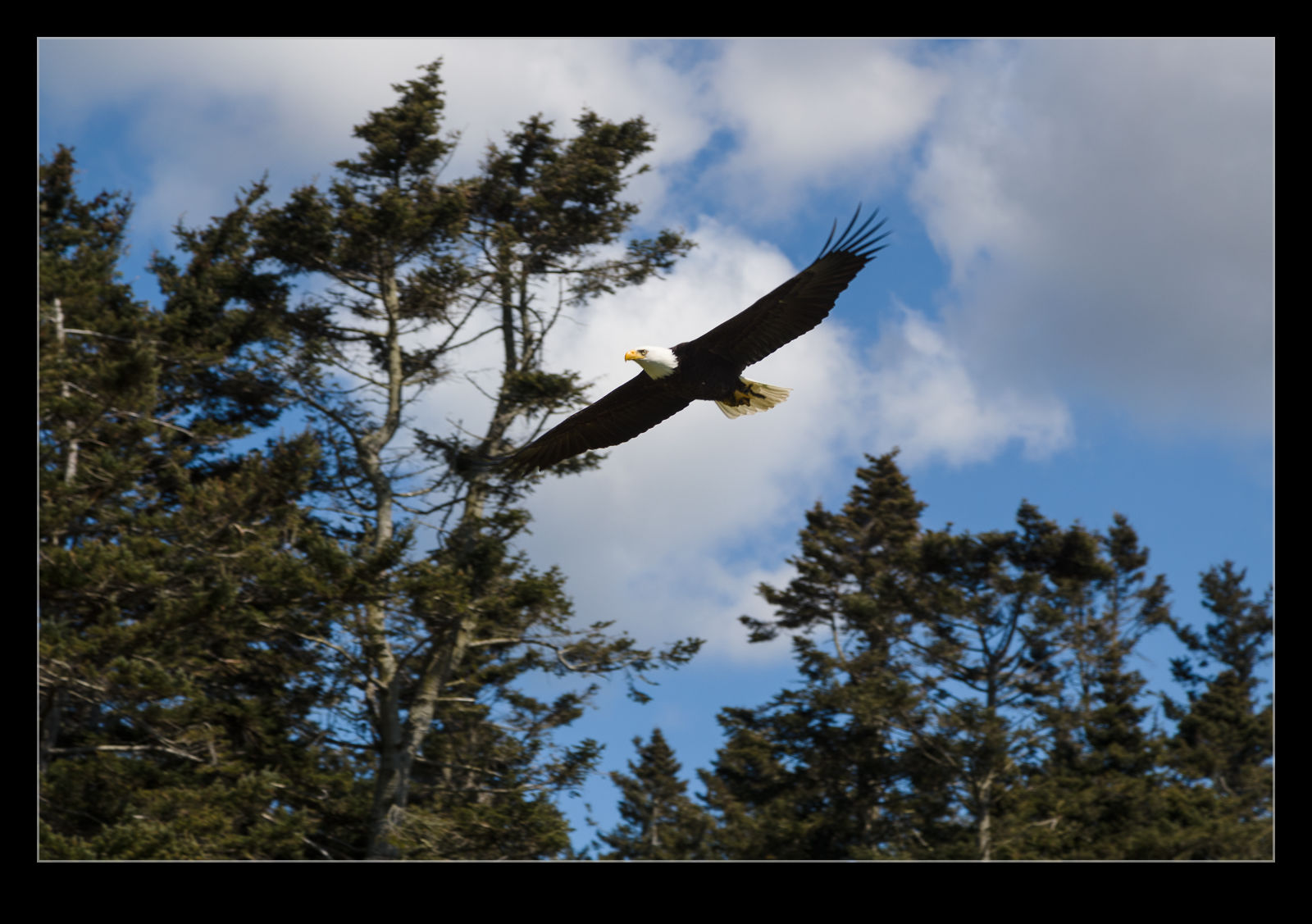