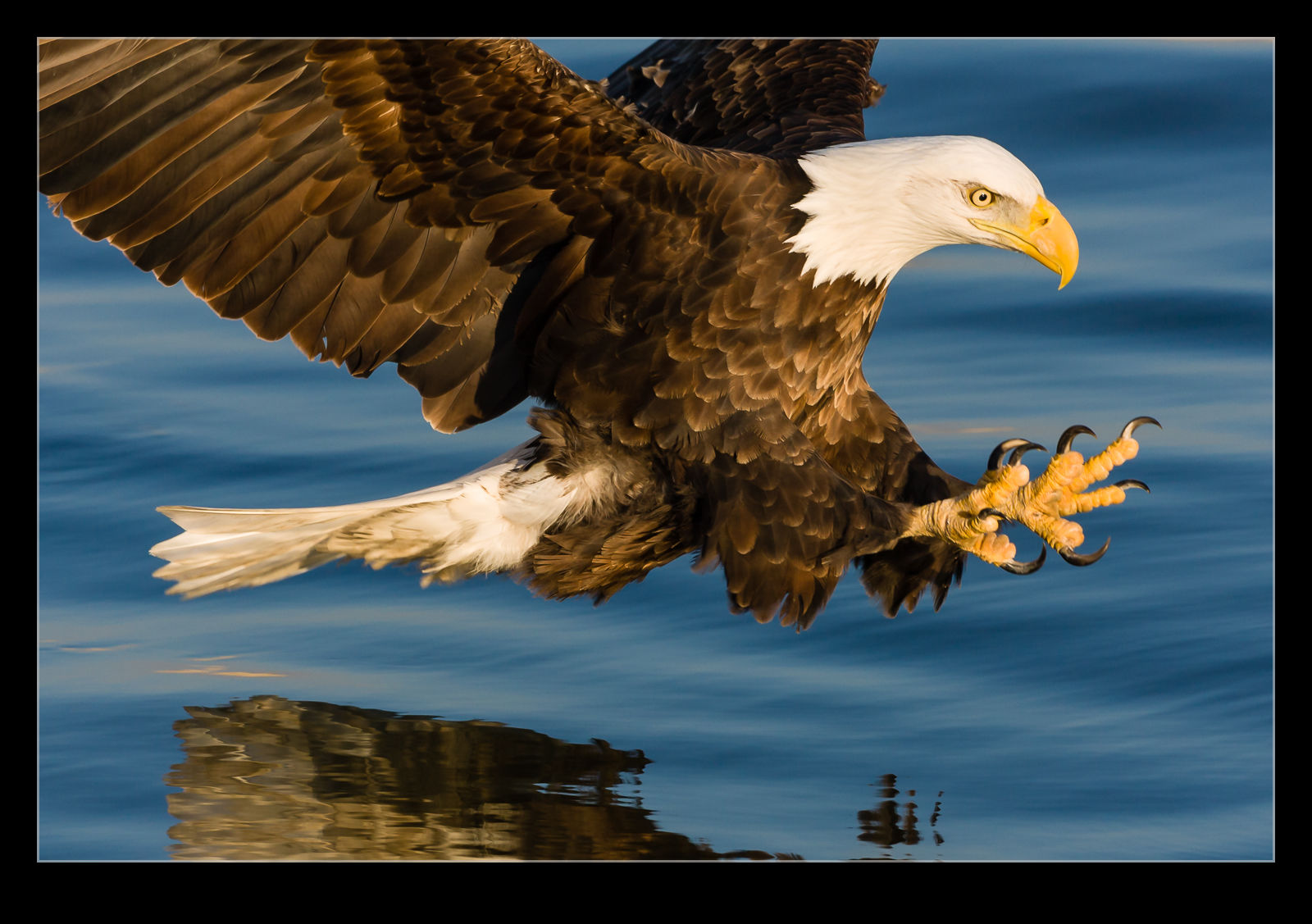 Our days in Chicago put me within reach of some great opportunities to photograph bald eagles. The rivers in Illinois often freeze during the winter and any locations where the water stays open are popular with birds that need access to fish. The lock and dam complexes along the big rivers provide the perfect places since they water flowing over the dam makes for an ice free spot and it doesn’t hurt that the fish can often get stunned as they come over the dam which makes them an easy target for the eagles. 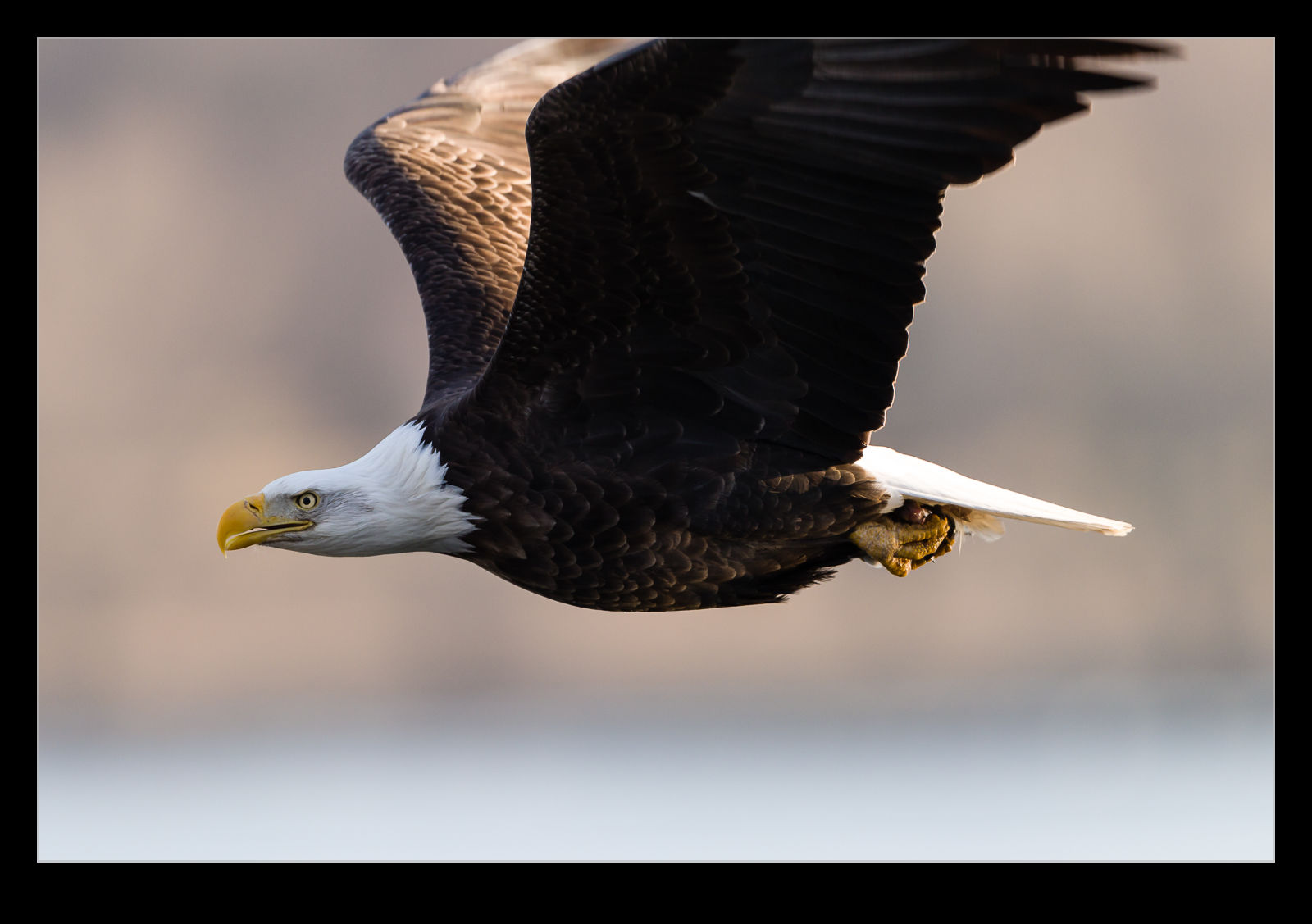 I made a number of trips out to photograph the birds. Starved Rock State Park was the first place we tried and, while we saw a lot off eagles and they were not too far away, the lighting was pretty unfriendly. Some further research showed that the Mississippi from Dubuque down to the Quad Cities was a better bet and I ended up making several trips out there. The first time we stayed out there and incorporated the search for the birds into our visit. Latterly, I knew where to go and made a day trip from Chicago. I also learned to not worry about getting there early but to focus on being there at the end of the day when the light was at its best. Even so, you never knew whether you would have good weather, cooperation wind and whether there would be many birds. 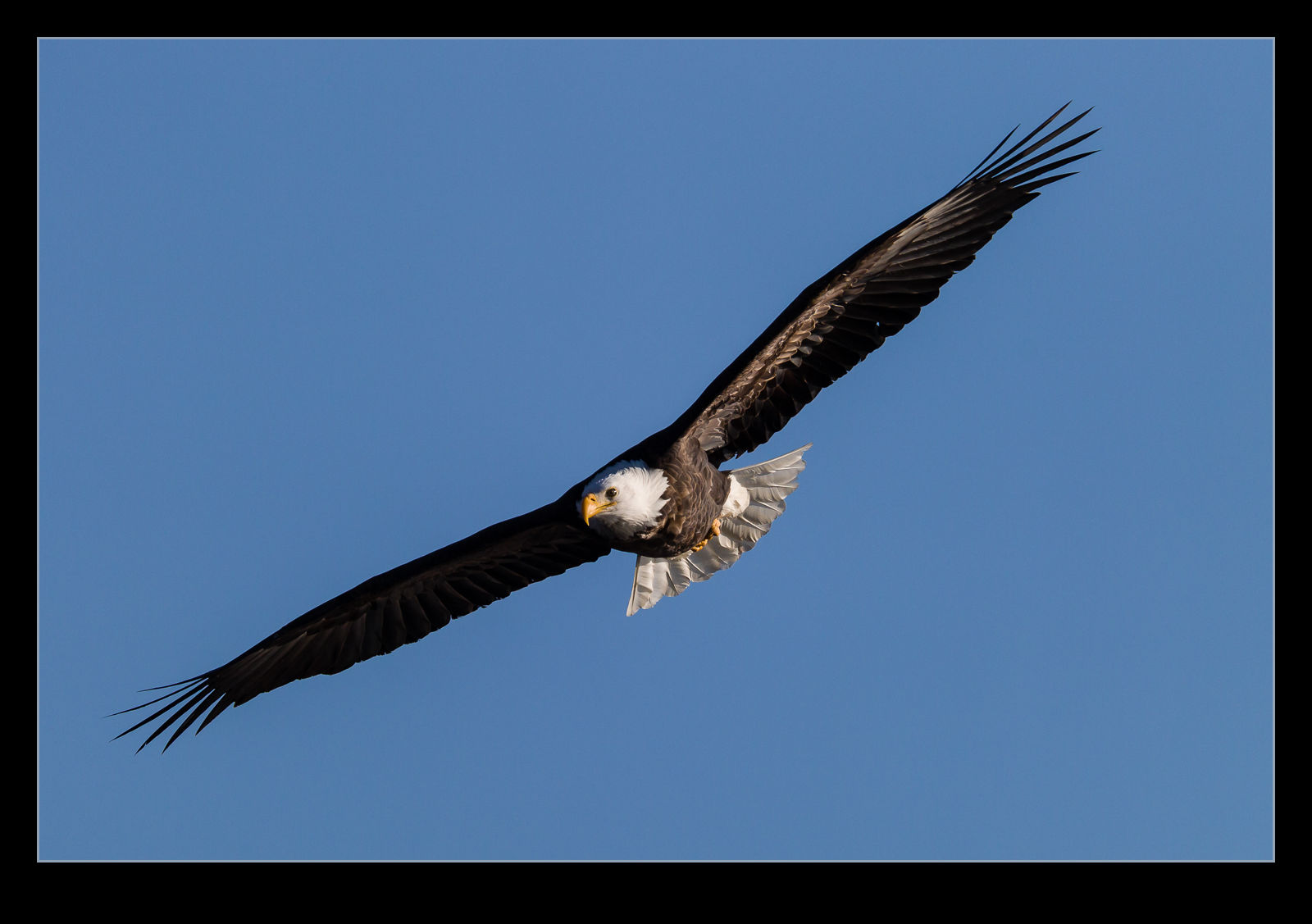 I have been there when there were more birds than I could count. I have also been there when it is pretty sparse. However, it has never been a total bust. You get both immature and adult birds. Depending on how much ice there is, they can be scattered along the river or confined to near your location. After trying a few spots, I ended up at Lock and Dam 14 with a bunch of guys I knew. Photographing birds in the winter seems to be a popular pastime for guys who spend their summers photographing planes! 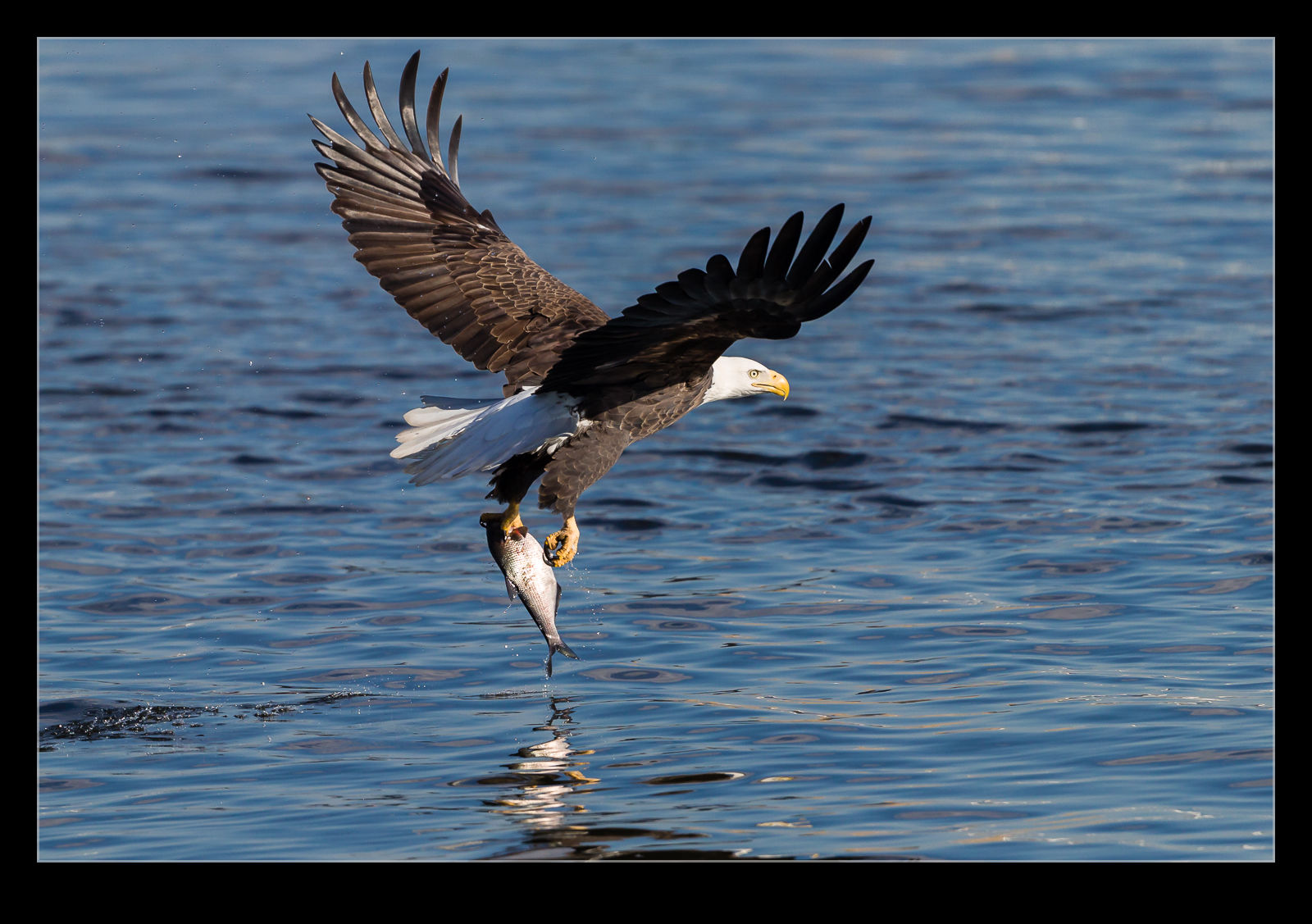 The shots here were taken across a number of visits. Now we have moved west, I doubt I shall be back at this location for a while. However, I have some great memories of being there and also testing the qualities of cold weather clothing, gloves, hand and feet warmers and camera batteries! Good times.