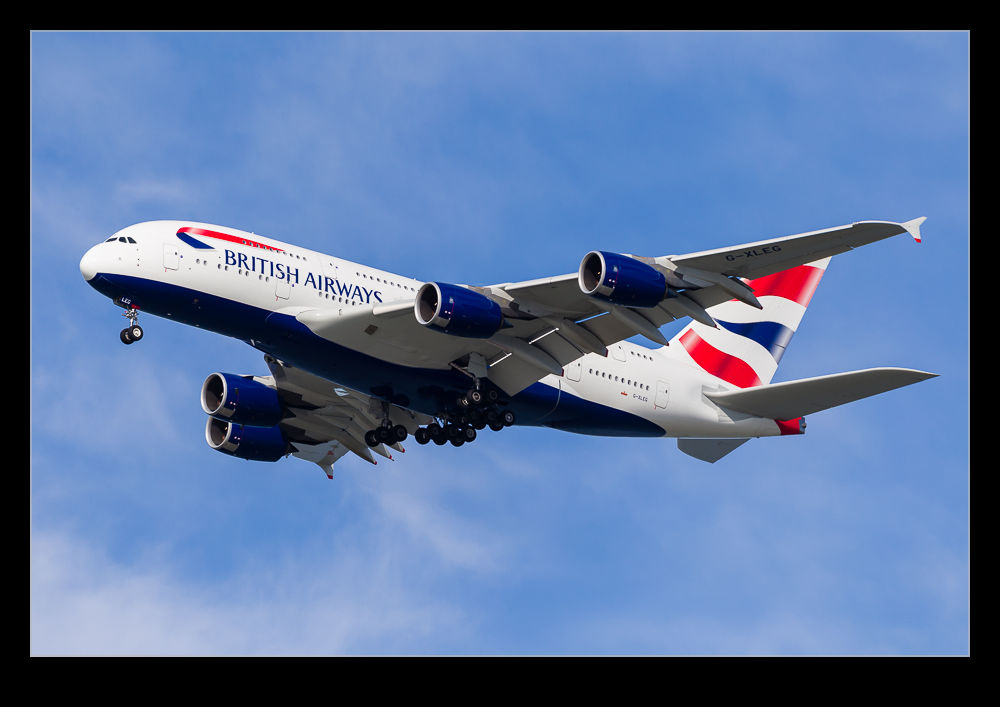 SFO is becoming a popular spot for the A380s. Last summer Air France were bringing theirs here and over the winter both Emirate and Lufthansa were bringing the mighty beast in. With the new summer season starting, Air France are back and have been joined by British Airways. I have seen a few BA 380s in the past. We were next to one on stand at Heathrow when we last went to the UK and I have seen them at LAX as well. However, I haven’t had the chance to get a shot of one in good conditions. 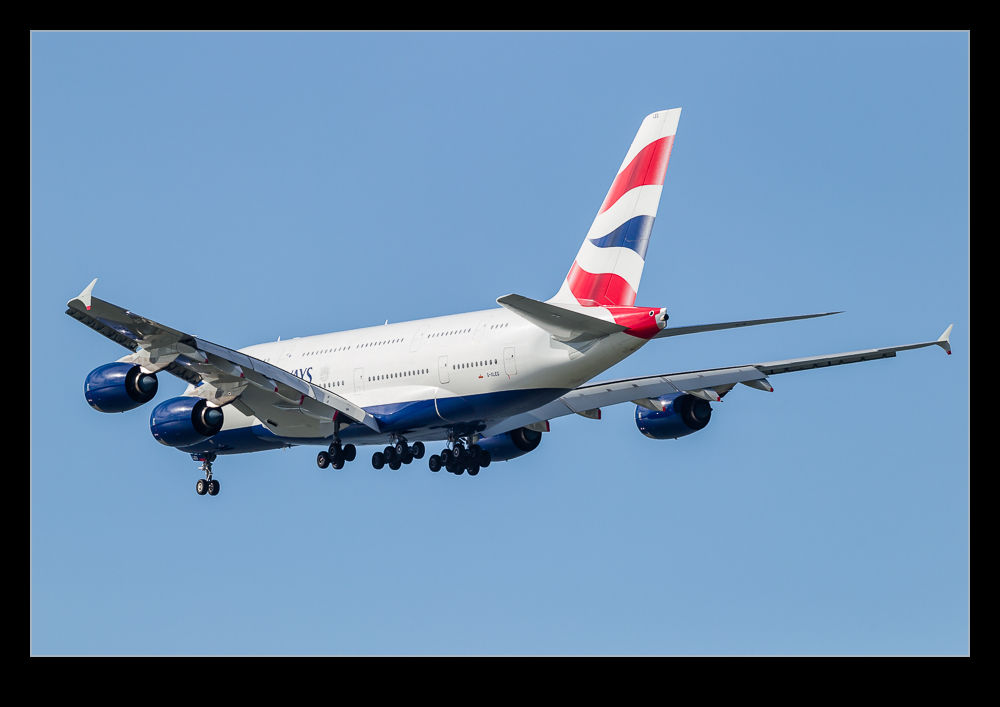 A sunny Saturday afternoon came free so I decided to head along. Rather than go close to the airport at SFO, I opted for Coyote Point. It is closer to the approach path and less affected by haze. I needn’t have worried as it was very windy and the view from the point to the airport was remarkably clear. When the big jet showed up, I had plenty of time to get it approach, pass and land. It got to the gate just as the Emirates 380 was leaving. Just as well as I think they have to use the same gate! 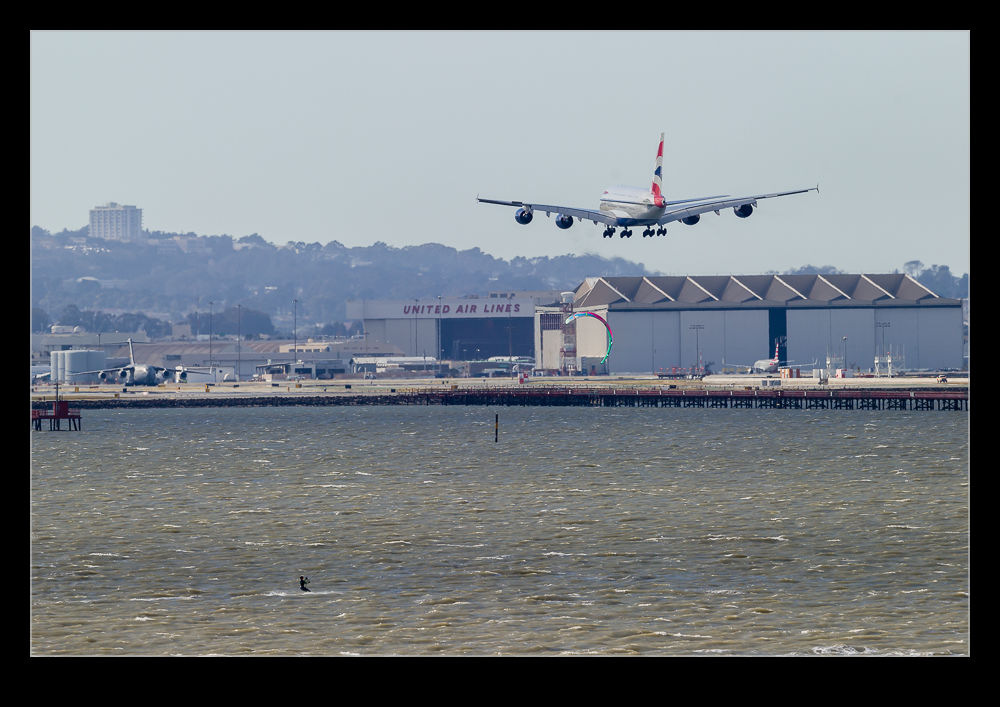