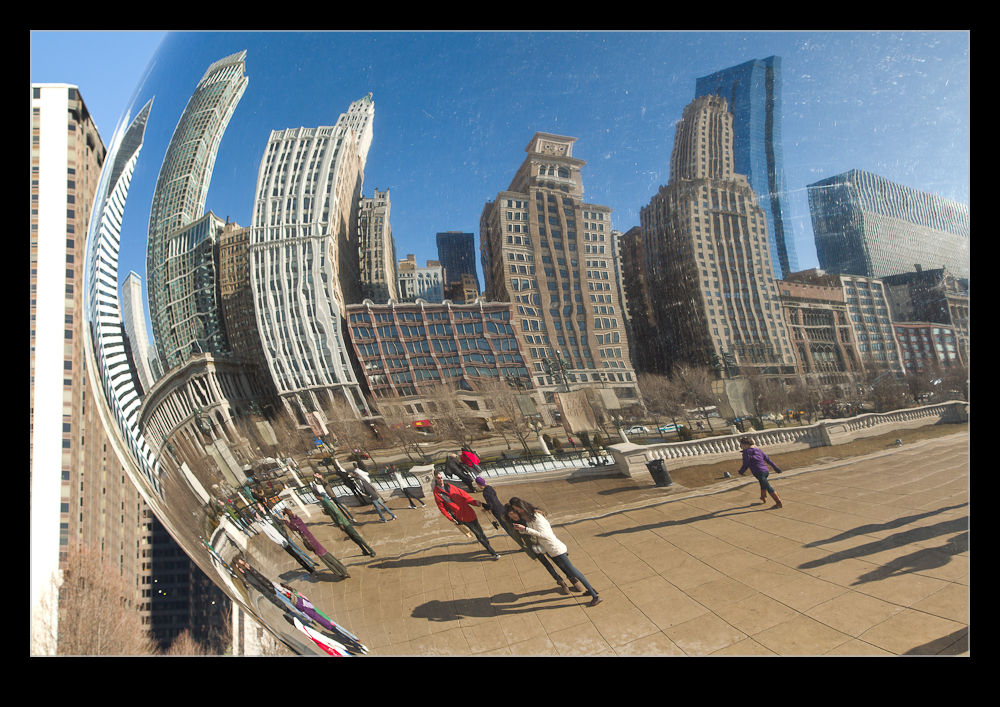 One of the nice things about having visitors is that it gives you a reason to take a look around your own town.  We had friends in town for New Year and, while coming to Chicago at the end of December might well be something you consider to be a bit unwise, we ended up experiencing some surprisingly mild and sunny weather.  This meant taking a walk around outside was not such a dumb idea! 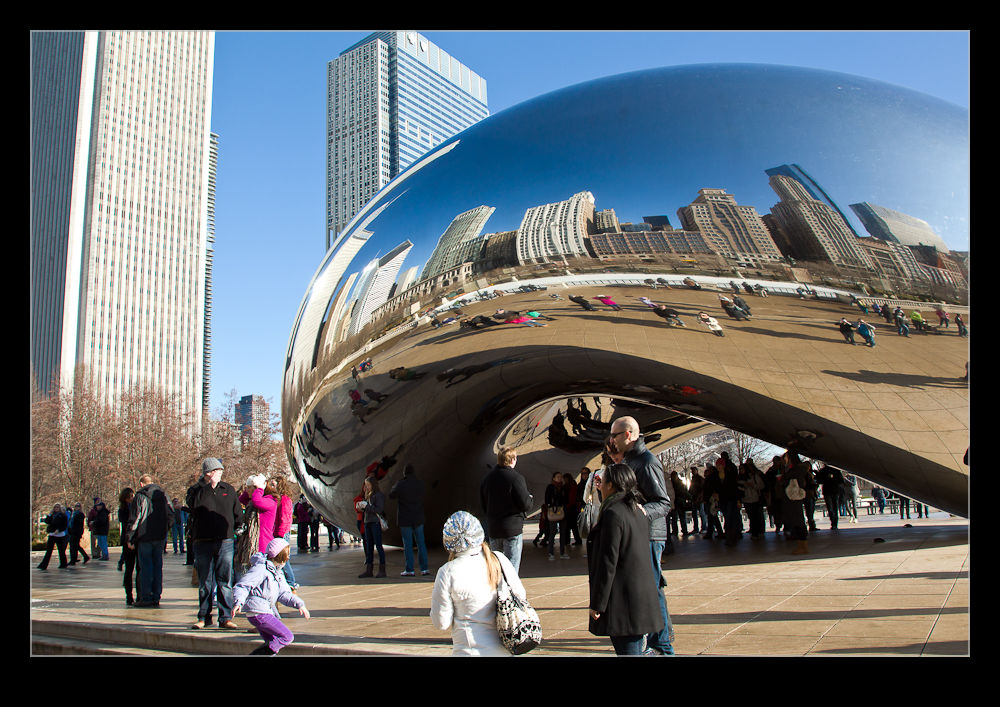 Millennium Park was an obvious place to go.  The last time they had visited, the Bean had been partially covered so they had not got the full experience.  A sunny day is a good time to do that.  We were not alone as you might imagine.  Plenty of other people were out in the park and the Bean (I know its real name is Cloud Gate but I am not going to be the only person to call it that) was having its usual effect on people as they marveled at the reflections of the city and themselves.

I have photographed it many times but there is no way I am going to miss out on the chance to do so again. 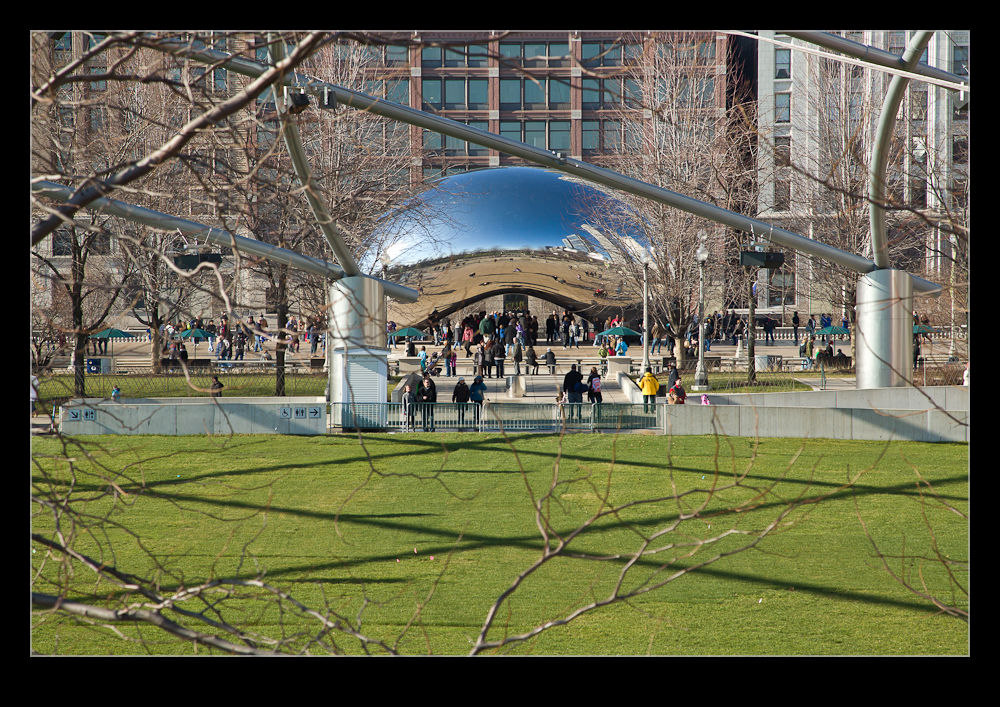