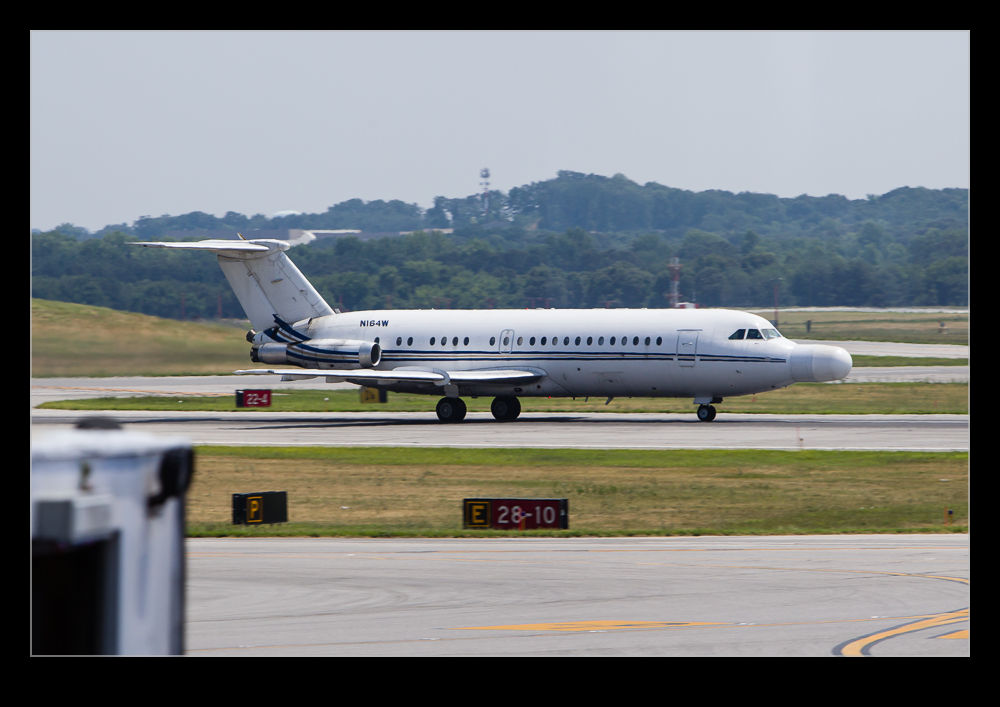 Over recent years I have made many trips that take me through Baltimore Washington International airport or BWI. It is the easiest route for me when heading to Washington DC. One of the nice things about BWI is that Northrop Grumman have a facility there that focuses on radar development. As part of this facility, they have a flight test department that makes use of some interesting aircraft. A few times I have seen one of them on the move while I was in the airport but normally I did not have a camera to hand to catch them. However, one time I did get lucky. 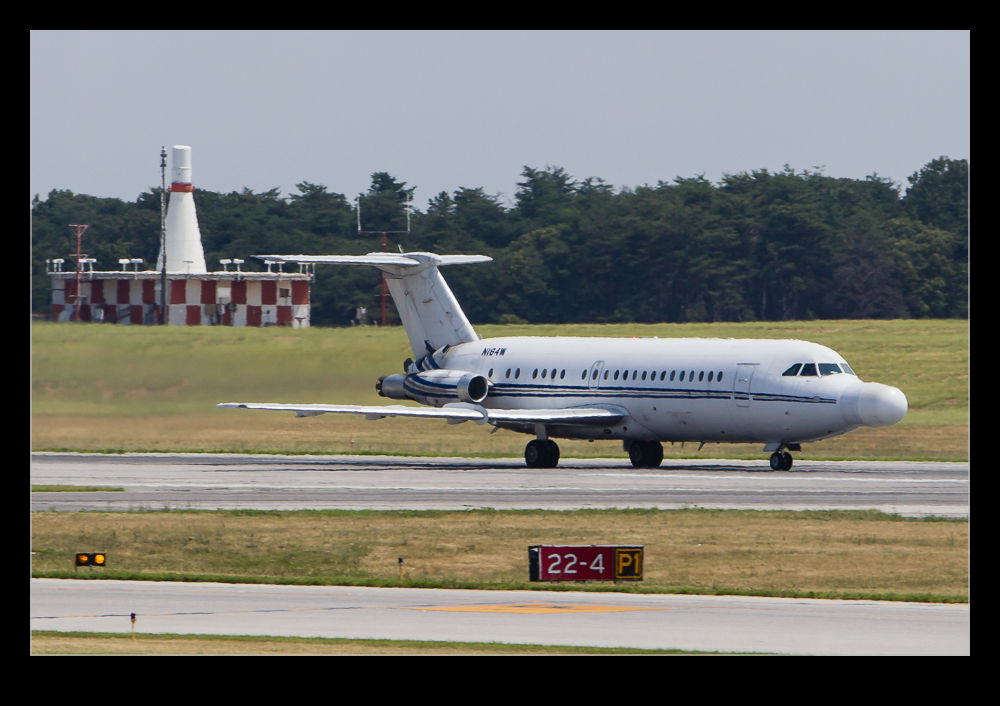 I managed to see their BAC 1-11 taxiing out for departure. This is an aircraft that has received a number of modifications for airborne testing of radar systems. While it is an old airframe and there aren’t many of them in service any more, it obviously still performs the required role well and they continue to operate it. It taxied past the terminal and then departed across in front of us. Since it is a bit dated, the noise levels were apparent even inside the terminal. However, it was fun to see it in action. A recent trip also spotted a smokey trail on approach. Sure enough, it was back. Sadly, no camera to hand that time! 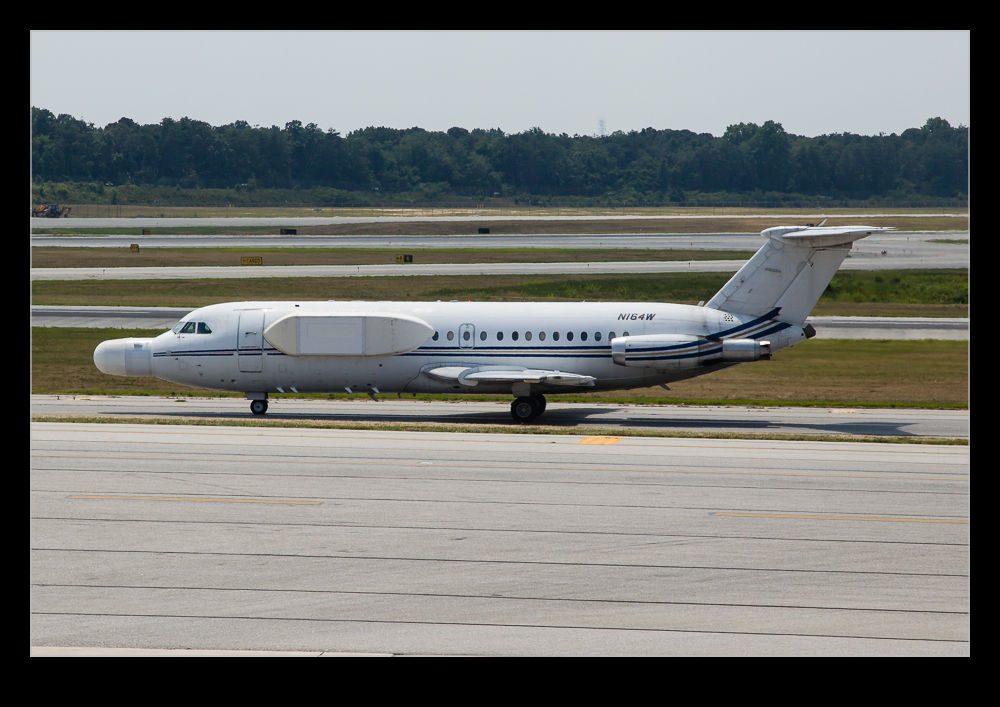