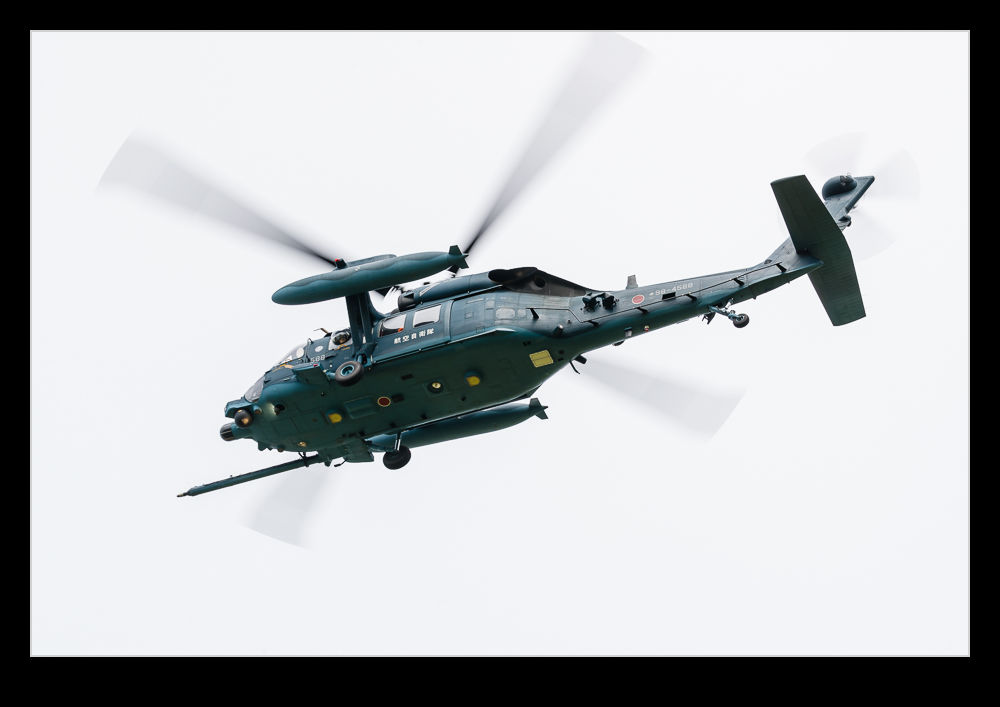 The UH-60 Black Hawk is a pretty neat helicopter but in the standard fit, it is not terribly exciting.  However, I do like it when they are kitted up with a lot more stuff.  The external stores support system makes them look very purposeful and a flight refueling probe is another good addition.  The UH-60JA at Hyakuri had both with tanks fitted to the pylons.  It was at the far end of the ramp so, when it took off, I couldn’t get anything worthwhile. 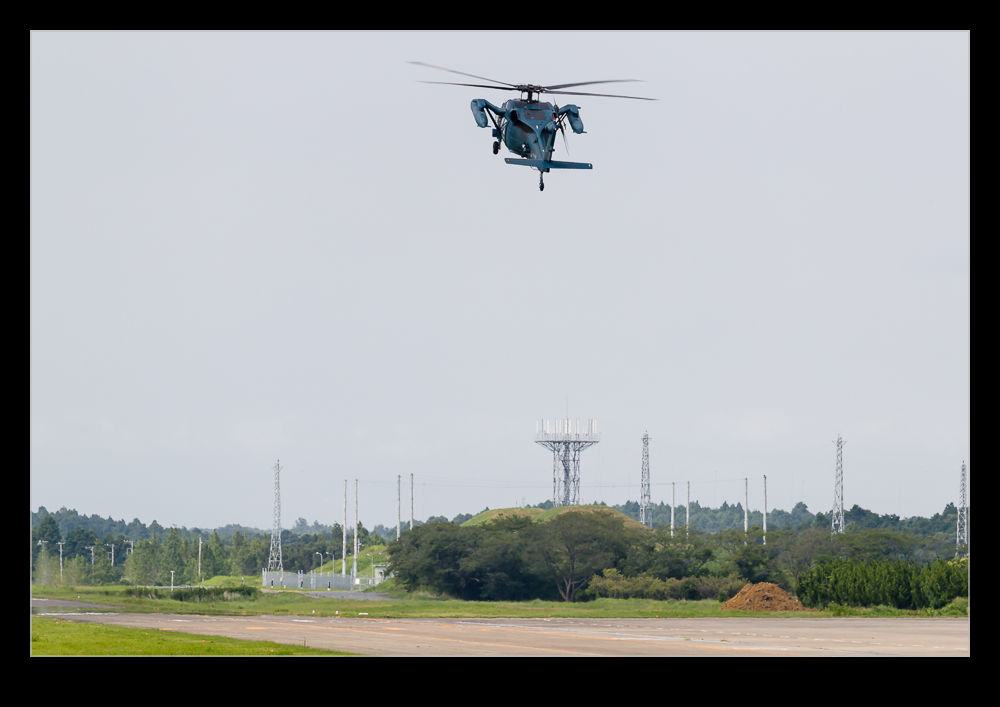 It returned later in the day and came almost directly overhead.  Shooting a dark blue/gray helicopter looking straight up on a cloudy day is not a great combination but you aren’t going to ignore it.  I wish it had flown a few patterns or even taxied by, but I guess it was not to be.  Still, it was good to see it up close.