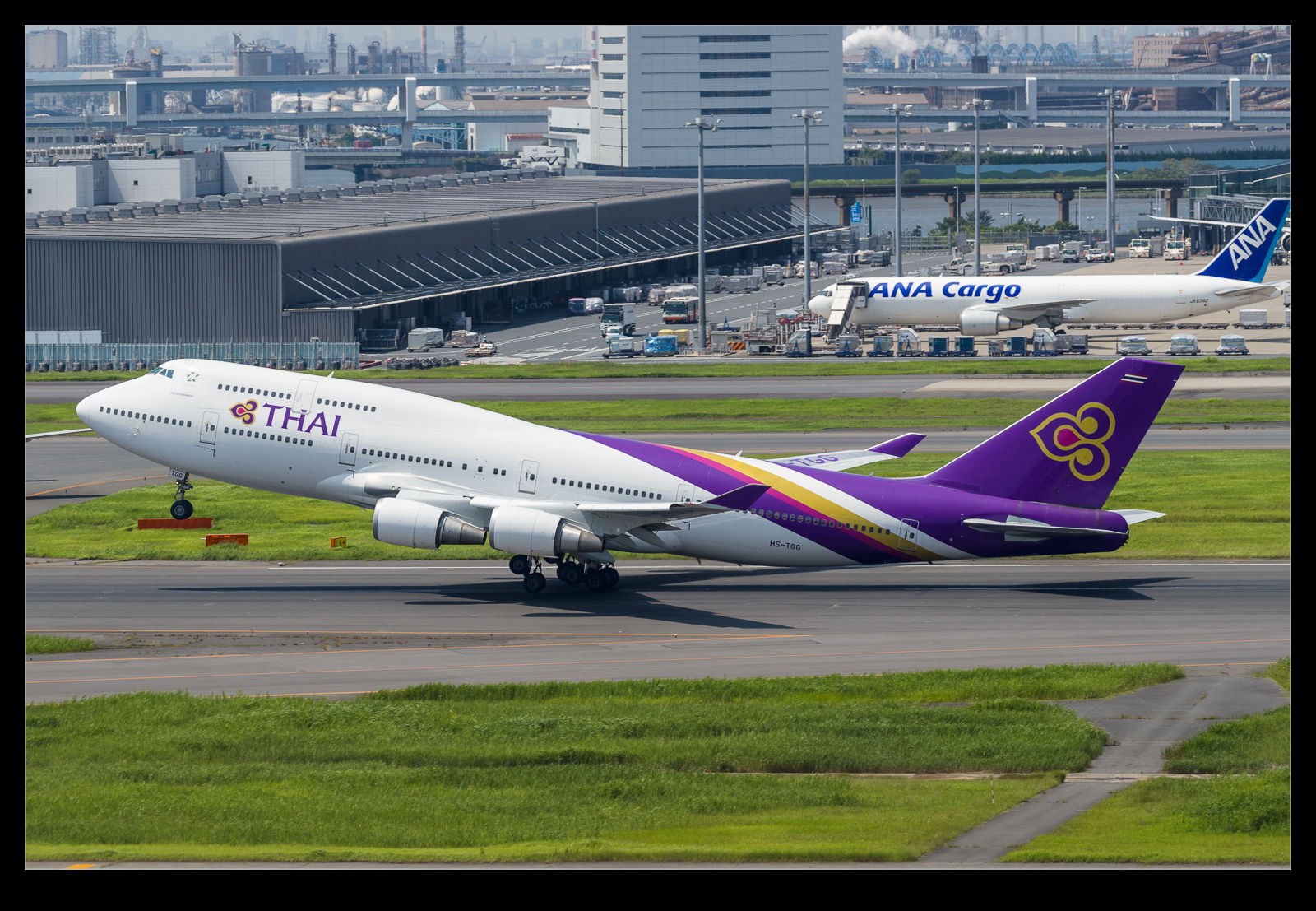 The passenger 747 fleet is something that is shrinking fast.  US operators have retired theirs but other operators still have fleets in use, some of which (like British Airways) are still fairly large.  However, they are definitely not as common a sight as they used to be and seeing one from a different operator is a nice surprise.  At Haneda I saw a couple of operators.  A Qantas jet was parked on the far side of the field and, while visible, wasn’t much of a shot.  However, a Thai Airways jet was on the gate when I arrived so it seemed like there was a fair chance it would move before I overheated and gave up. 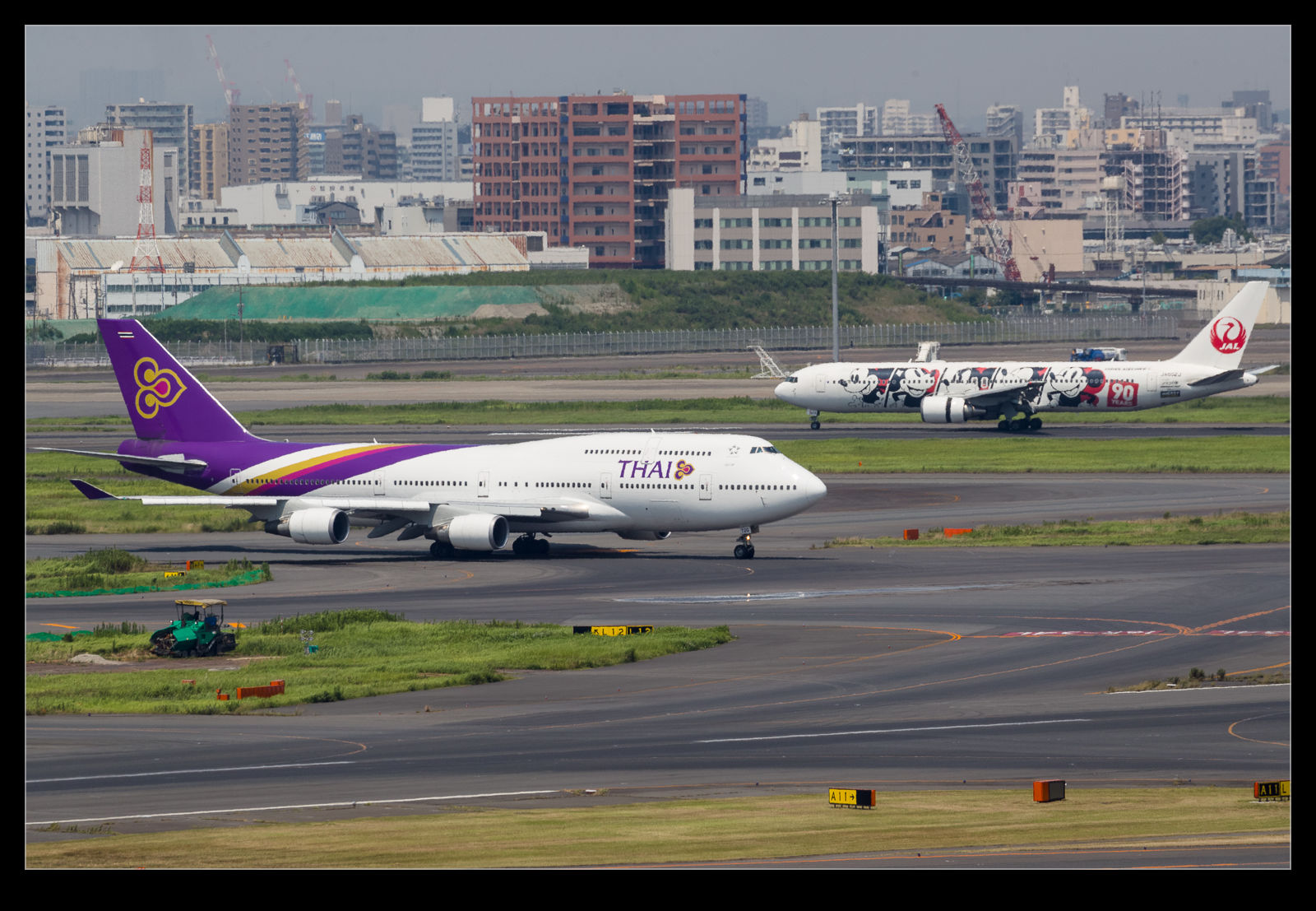 It took a while but eventually it did push back and taxi for the runway I was watching.  It then sat at the hold for what seemed like a ridiculously long time.  It probably wasn’t that long but I was wilting in the heat and begging it to move.  Finally it did line up and got off the ground pretty quickly.  I guess the run to Thailand is not a long one so it wouldn’t have been very heavy.  I wonder whether I shall ever see one of these again? 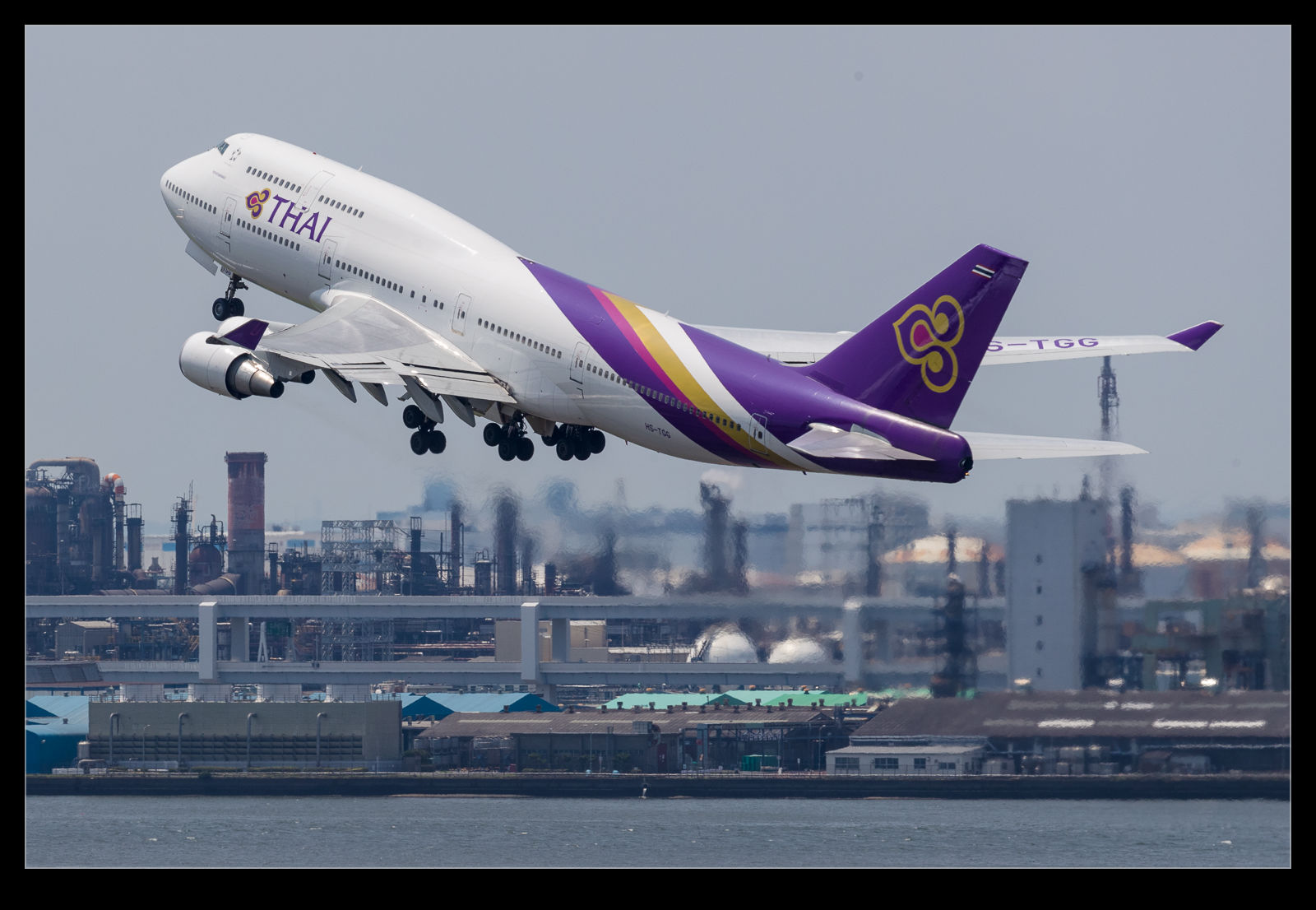