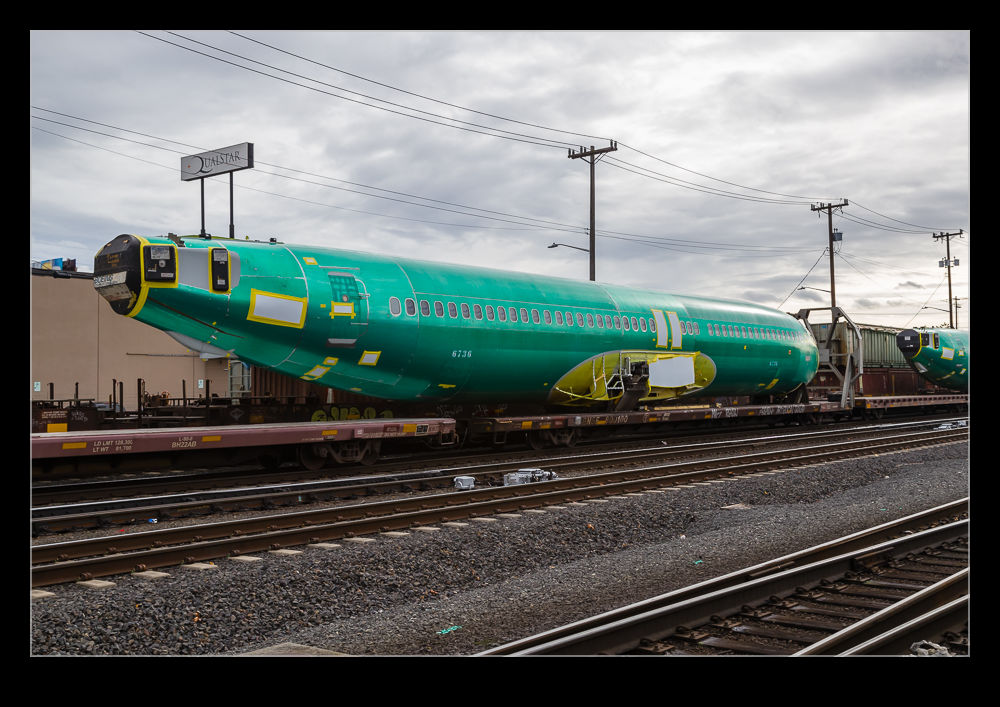 At various times I have seen the fuselages for new Boeing 737s heading by on the trains through Seattle.  Usually I am a distance away from them and I get a shot that is a bit hazy and less than distinct.  Recently I was working in a yard alongside the main tracks as some equipment was being loaded.  I had my camera to hand to record the loading process as a train came by behind us.  Initially I figured it was just another freight train so didn’t pay attention.  Then, I caught the color of the fuselages out of the corner of my eye and realized a couple of new jets were onboard.  Before it got too much further, I was able to grab a couple of shots. 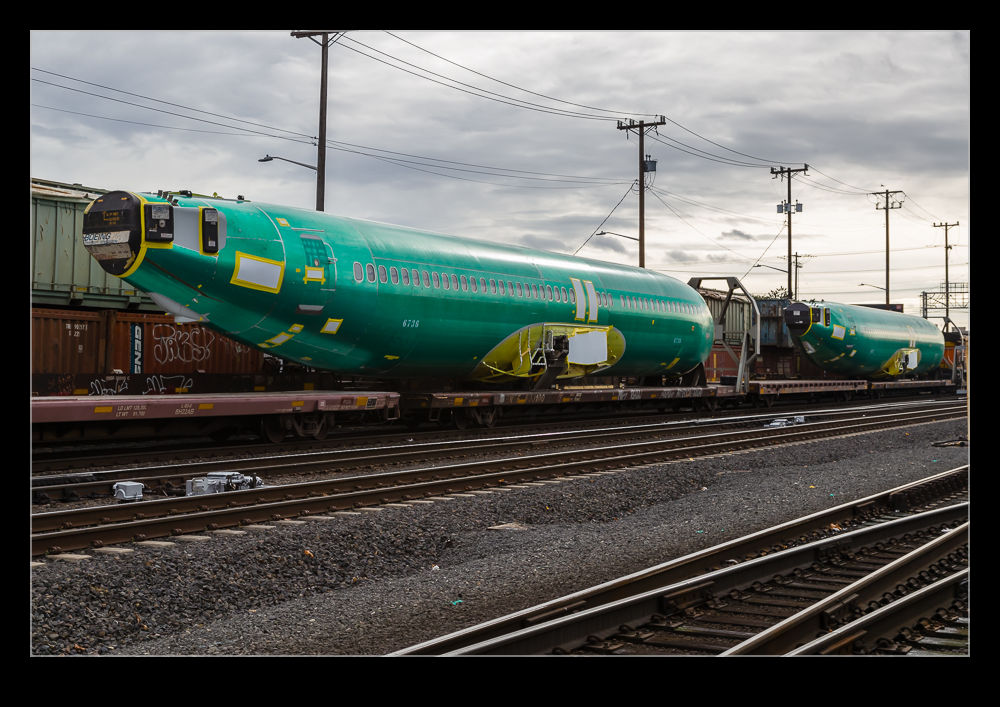