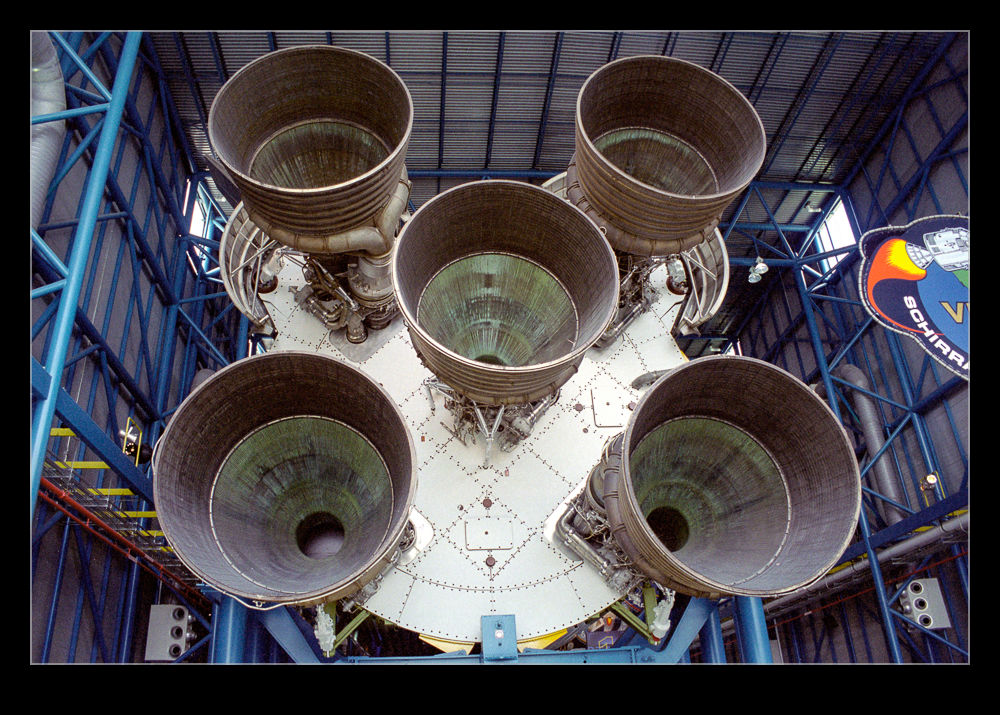 I was too young to see a Saturn V launch.  My one and only space launch has been a shuttle flight and that was very impressive.  I can only imagine how cool the Saturn V was to witness.  Maybe when the new generation of heavy launchers comes into service I will get to see something similar.  The power for the first stage was provided by the F1 engines, five of which were clustered together.  We made a trip to the Kennedy Space Center a long time ago and a Saturn V is on display there lying on its side.  You can get face to face with the engine nozzles. 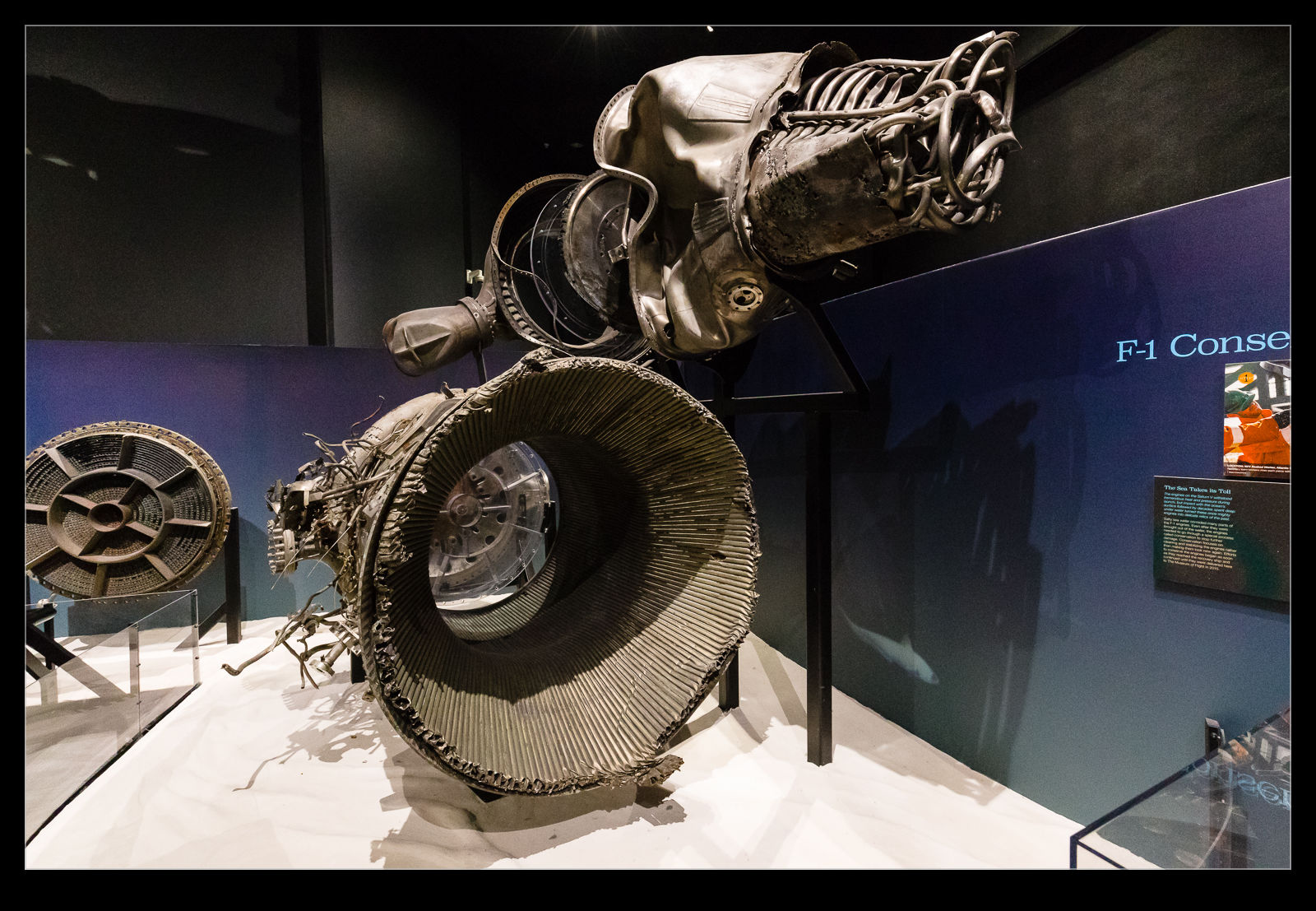 More recently, we checked out the Apollo exhibit at the Museum of Flight, here in Seattle.  They have a display of an F1 engine but this one is not looking so pristine.  This is because it is a used engine.  Not just used as in test firing used but used as in flew on a mission, free fell to the ocean, hit the sea at speed, sank to the bottom of the Atlantic and stayed there for decades.  Jeff Bezos, founder of Amazon, funded a project to recover the engines from Apollo 12. 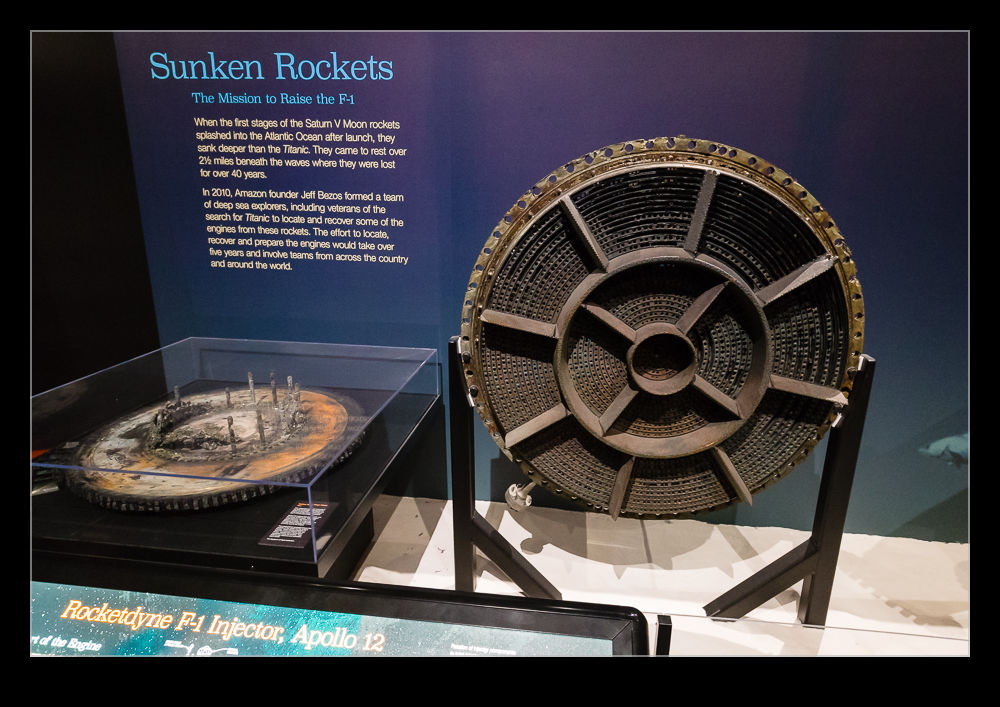 The nozzle is gone which is no surprise given how thin it is as you can see in the pictures of the undamaged version.  However, the combustion chamber and the turbopump seem to have come through the experience in remarkable shape.  The injector plate is also on display and has been pulled out of the assembly to show it off more clearly.  The F1 was quite a feat of engineering – 1.5 million lbs of thrust and the pinnacle of 60s technology. 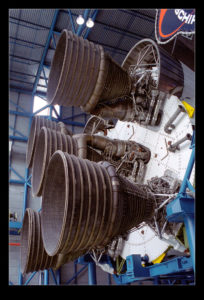