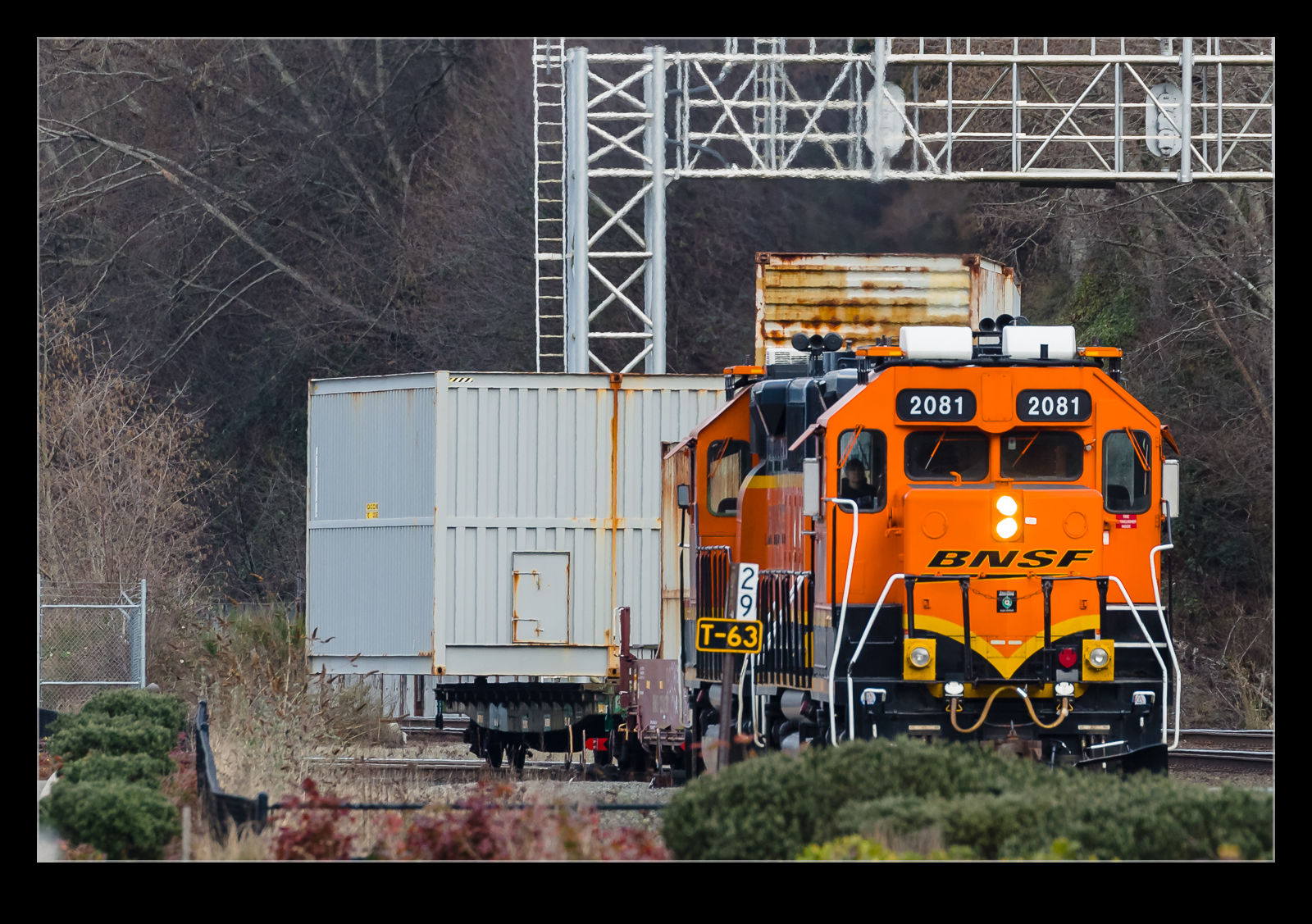 Railroads can be used to move unusual loads.  In my work I have often had discussions about clearances along tracks to allow the Department of Defense to move outsized loads by rail – presumably tanks!  However, most things I have seen have been within the normal clearance diagrams.  As I was driving down to the waterfront park at Mukilteo, I passed a train sitting in a siding that was the widest thing I have ever seen on a train.  It was two containers side by side.  Both of them were hanging over the edge of the car.  I assume that it was a single container for moving outsized loads and, given where it was staged, it might have been something to do with Boeing. 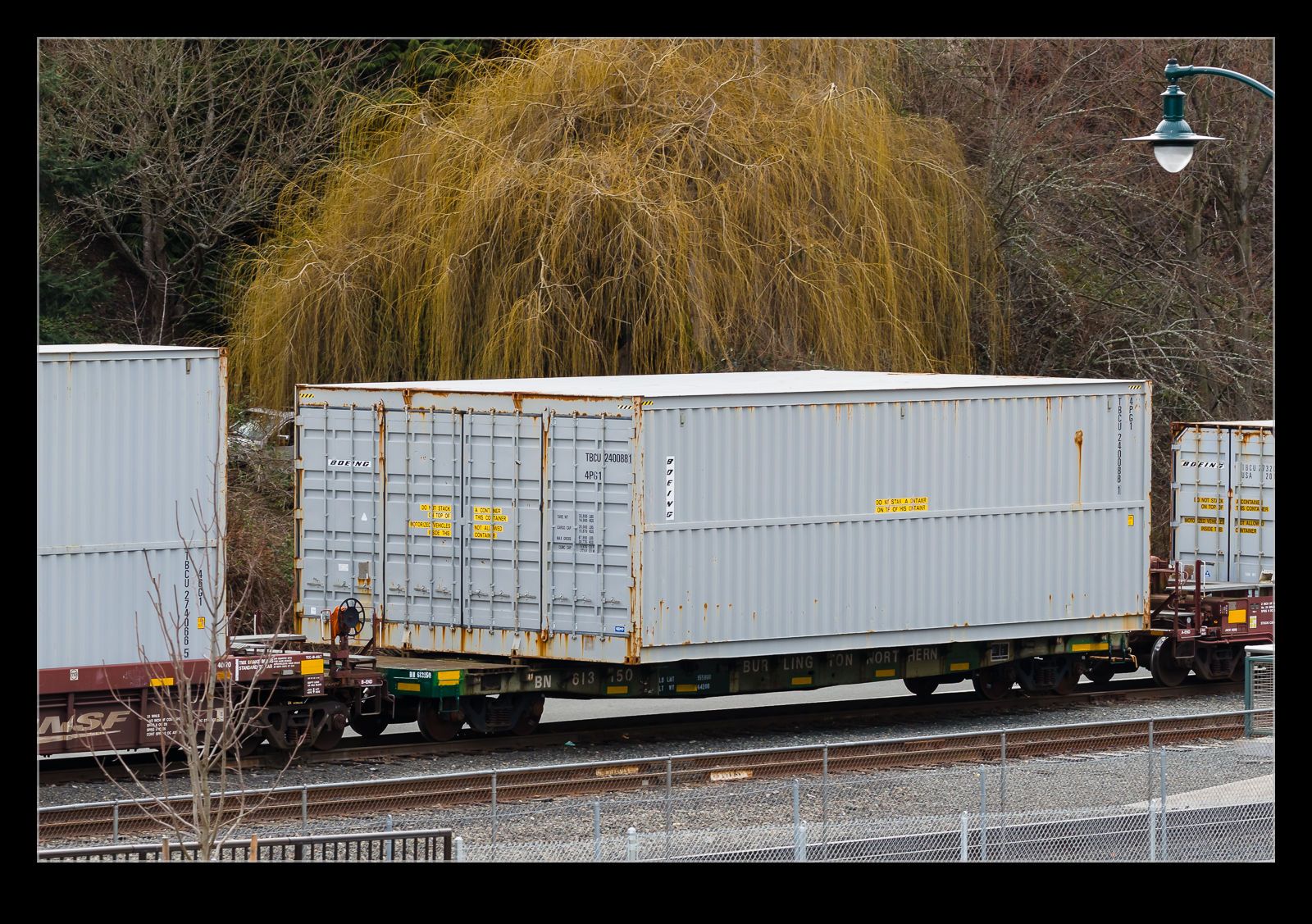 As I drove past it, I figured I would walk back and get a photo.  However, some locomotives showed up and they started switching everything around.  I didn’t get a chance to get a shot from close up.  I did take some pictures from a distance and they then staged the vehicles out on the pier where Mukilteo becomes Everett.  If anyone knows anything about this load, do let me know.  I assume it needs special clearance to move since it must impinge on the adjacent tracks which would make passing other trains an issue! 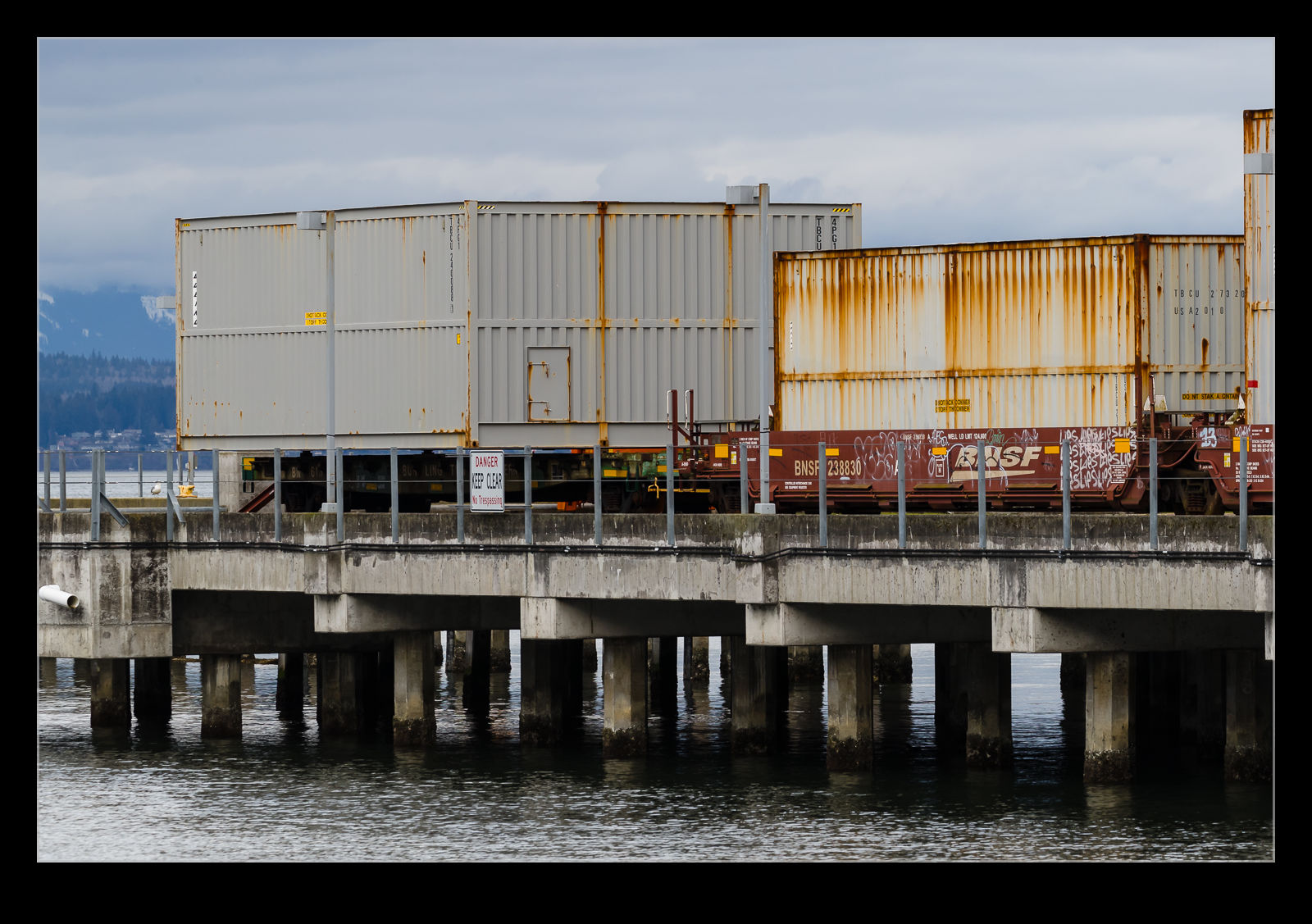 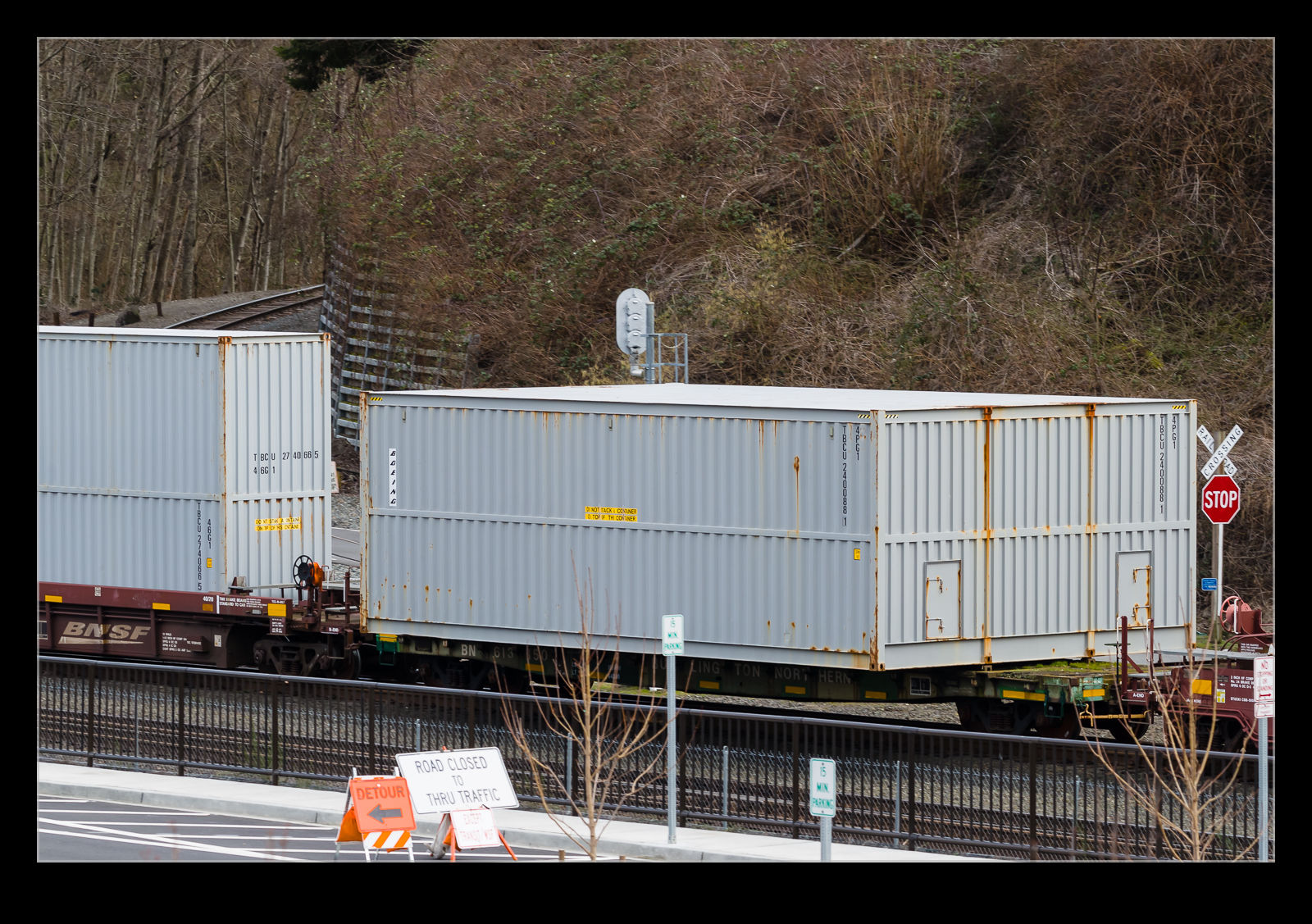