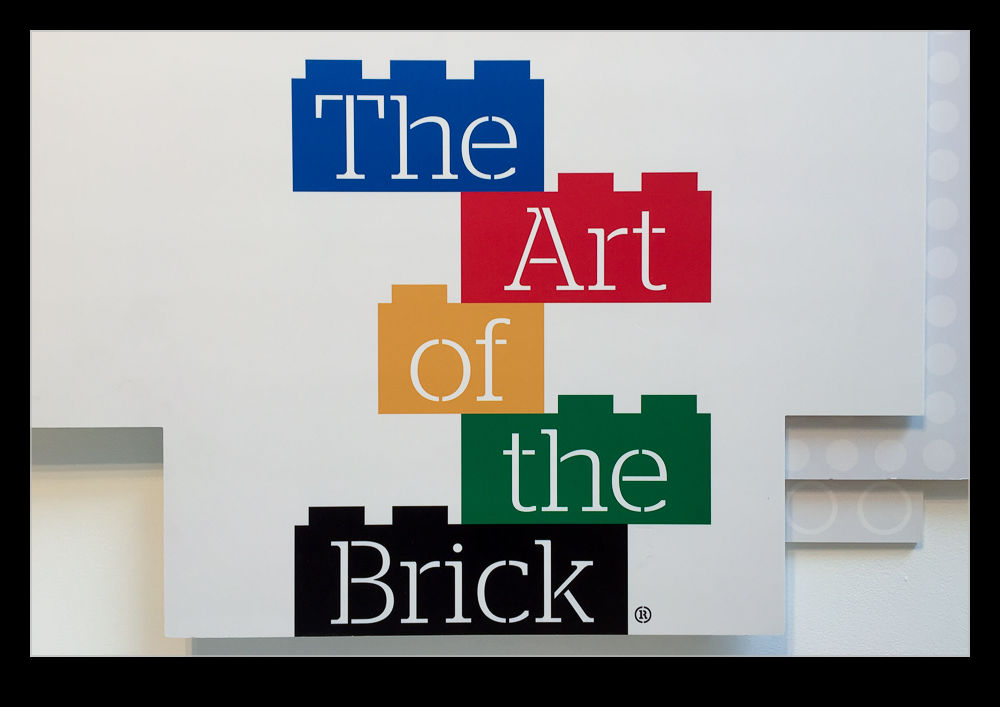 Nathan Sawaya may not be an artist you have heard of before but you may have seen at least some of his work. Nathan is an artist who works in Lego. He manages to combine the artistic vision of the piece he is trying to create with the technical skill in creating structures using standard Lego pieces – no simple feat given that most shapes have gentle curves to them and Lego is mainly straight edges. 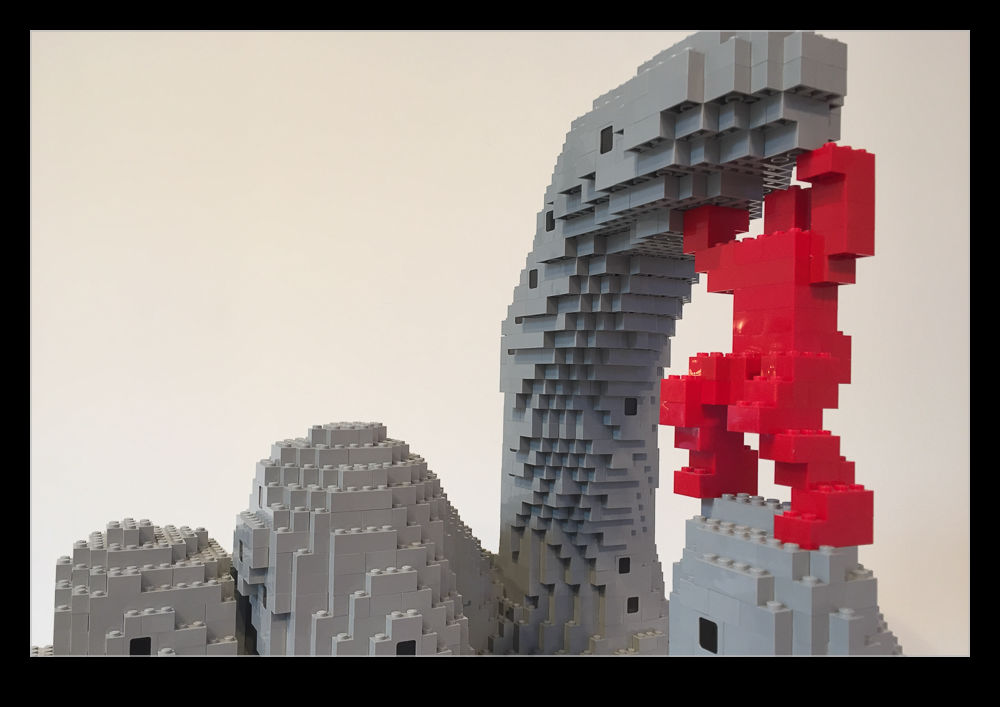 An exhibition of some of Nathan’s work was on recently in Walnut Creek and we headed along to see what was on display. There were two types of exhibit. Some were straightforward Lego creations on display on their own. The rest were a combination of Lego and photography. Nathan had created some elements in Lego that were then combined with photography to incorporate the Lego sculpture in the main photo. For example, one of the pieces was a bare tree that then appeared in a landscape shot. Another was some railroad tracks that became the foreground to a train station. 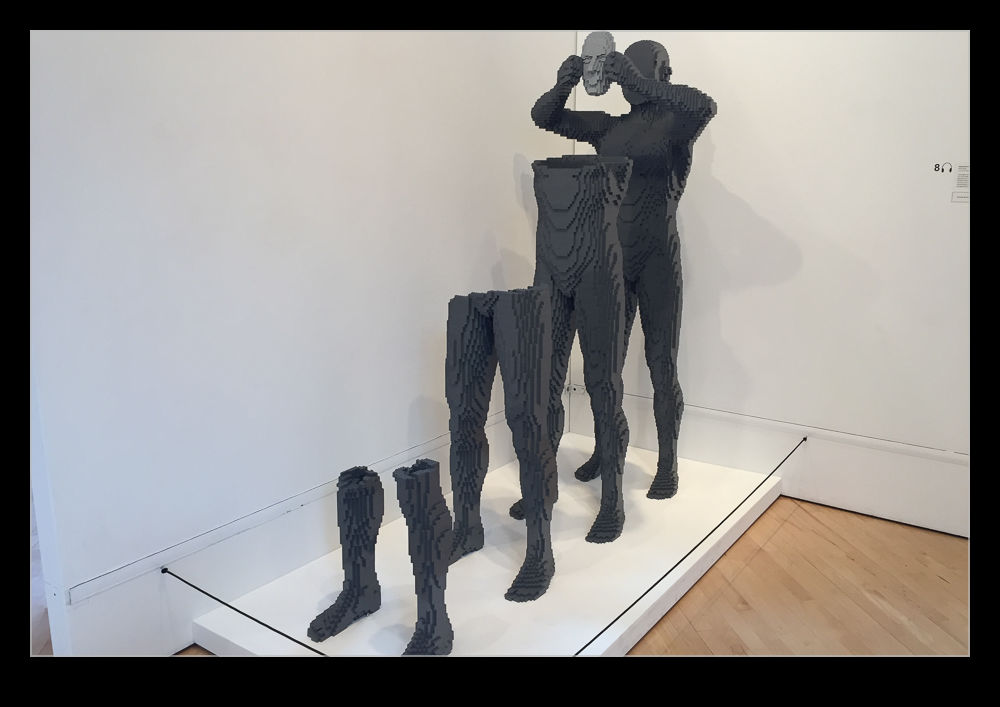 The sculptures varied a lot in themes. Some were relatively light hearted such as a dog or some clouds. A woman’s red dress blowing in the wind with parts of it blowing behind (but with no-one actually in the dress) was a particularly interesting piece. Others were far darker in their inspiration with themes of escape and repression in the corporate world included. These pieces were often the more interesting ones to see as they had more to interpret versus the more light hearted but literal items. 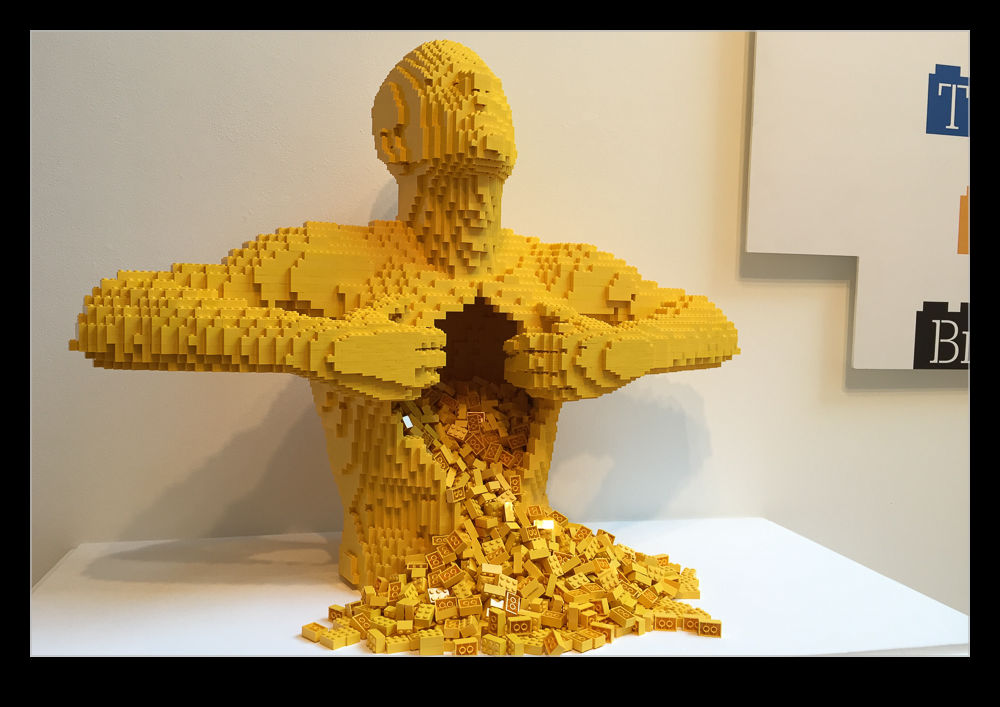 The audience for the exhibit was quite varied. Many people had brought their kids along based on their interest in playing with Lego at home. I suspect they were not quite so enthused with the more sinister works. The other visitors were decidedly more adult. Whether they are just fans of Lego or interested in the messages the artist was conveying, I shall never know. 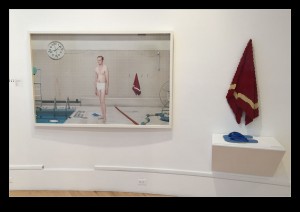 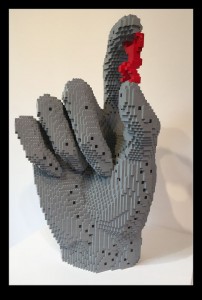 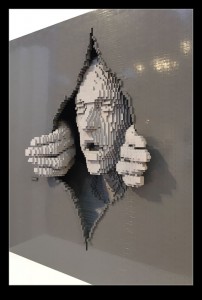 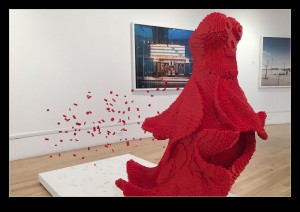 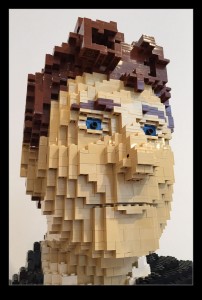 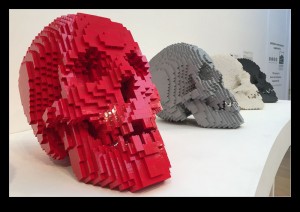 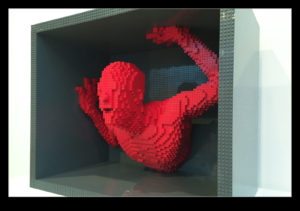