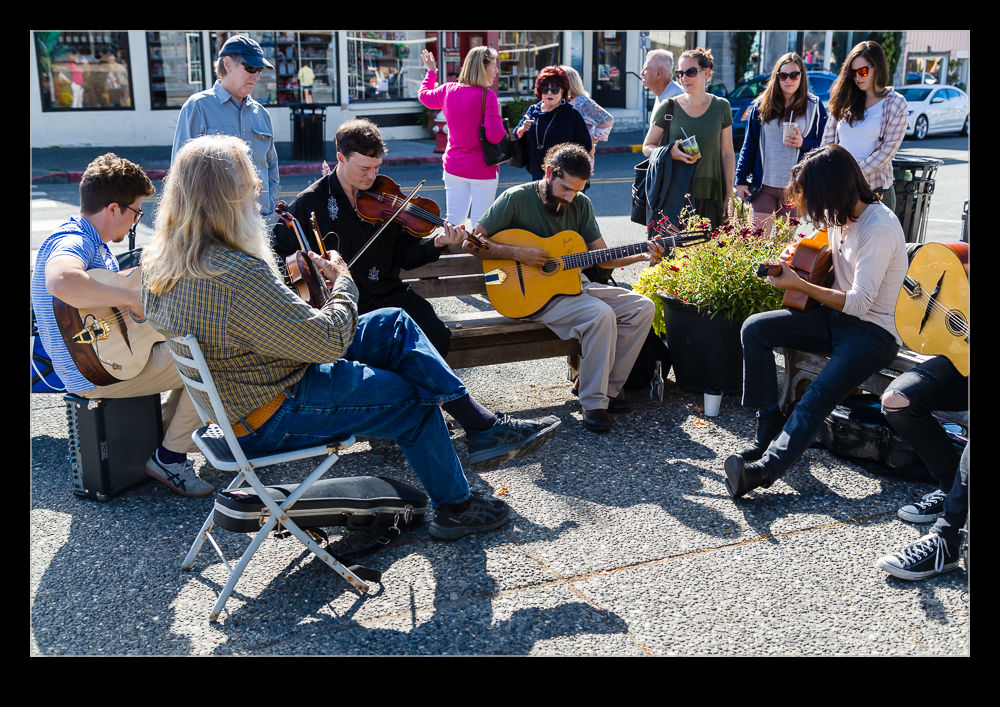 We didn’t realize it when we planned our trip to Langley but it was in the middle of a music festival.  Called Django Fest, this brought a range of musicians into the town to perform a series of concerts.  However, the concerts were not all that they were doing.  Throughput the town, little impromptu gatherings of musicians took place and they jammed together.  At various times, one musician might pack up and head off ad another might later show up (With a different instrument) and replace them.  The musicians would adapt each tune to the new additions, some of which fitted easily and some of which required a little more accommodation. 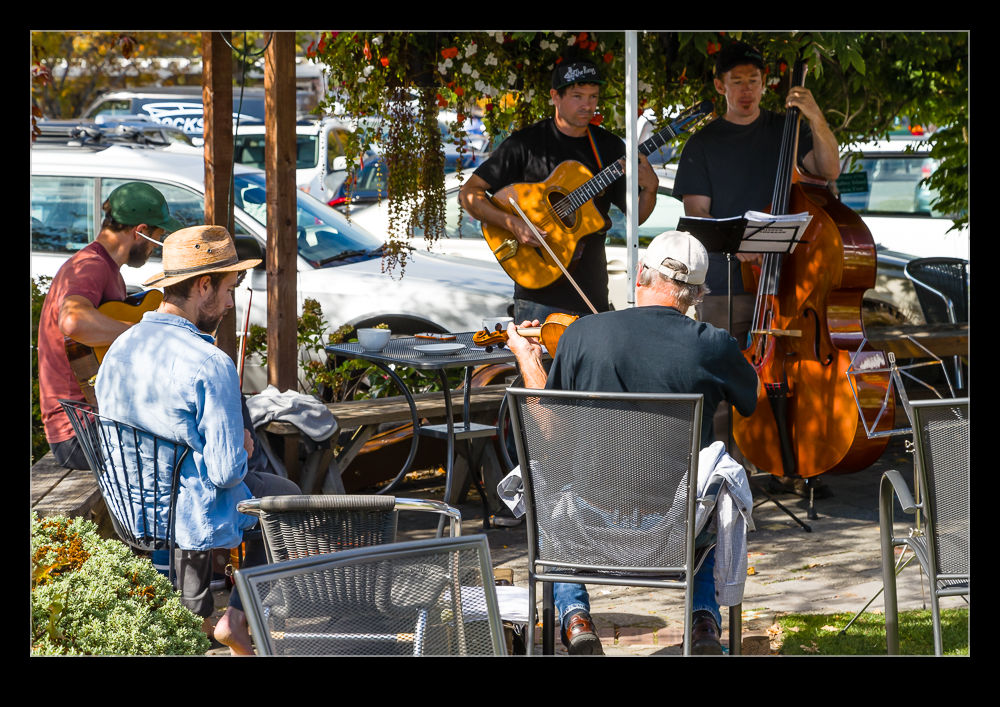 The first group we came across made us think this was just some locals sitting outside playing.  However, when we came across a couple more of the groups, we began to get what was going on.  When a shop assistant asked if we had come for the festival, it all became clear. 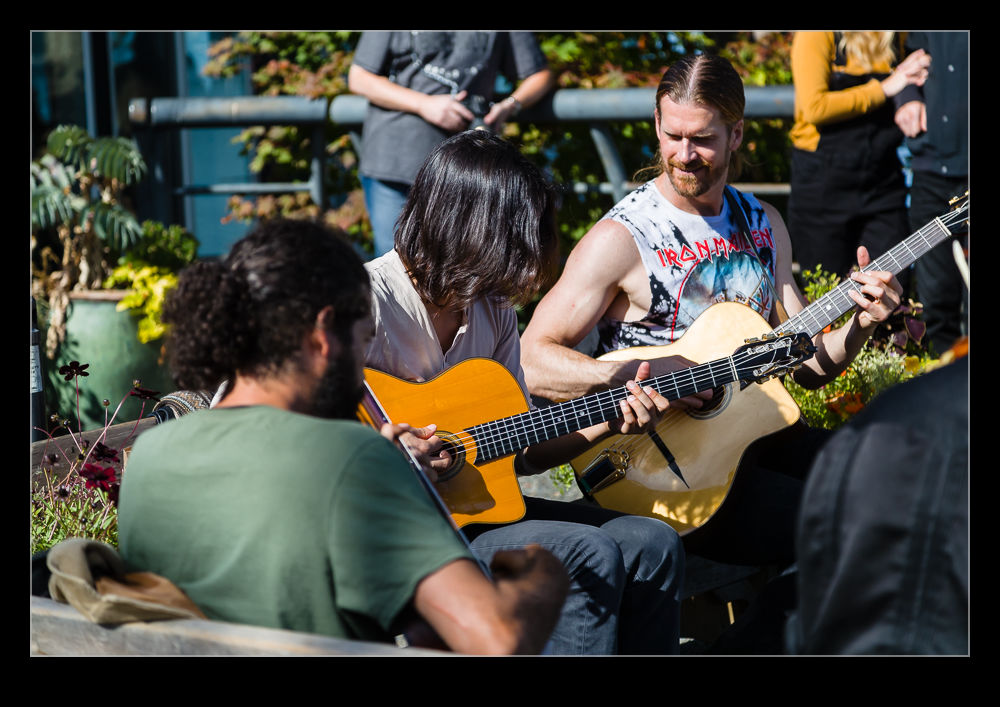 The quality of the play and the smoothness of the integration varied from group to group but they were all clearly skillful musicians.  Watching them join a new group and just play was impressive and also made me rather envious of their talent. 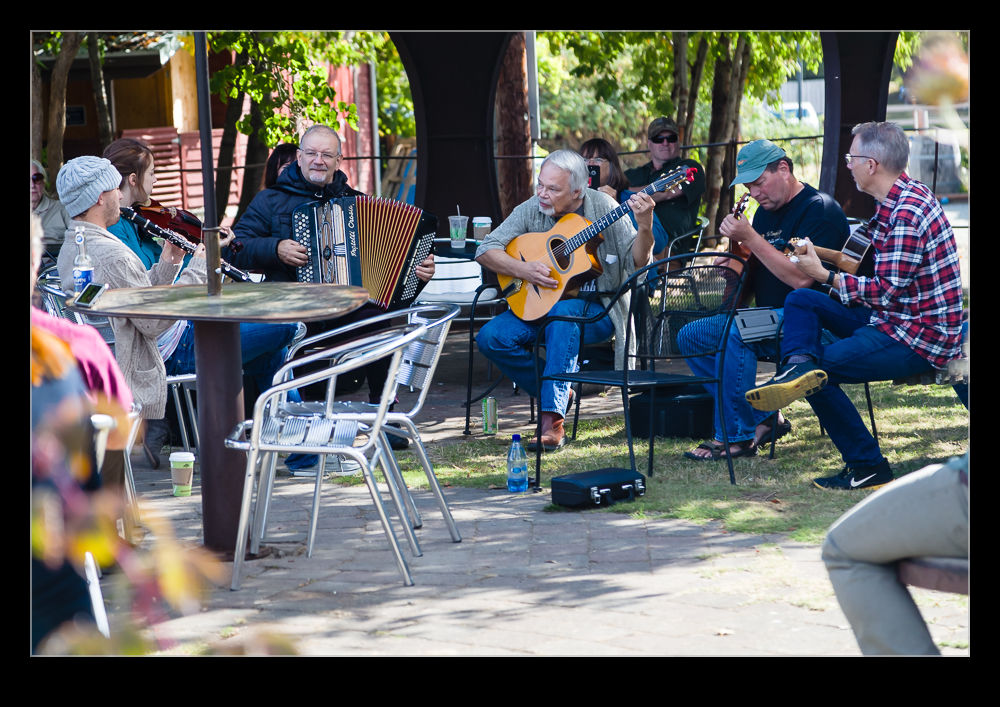 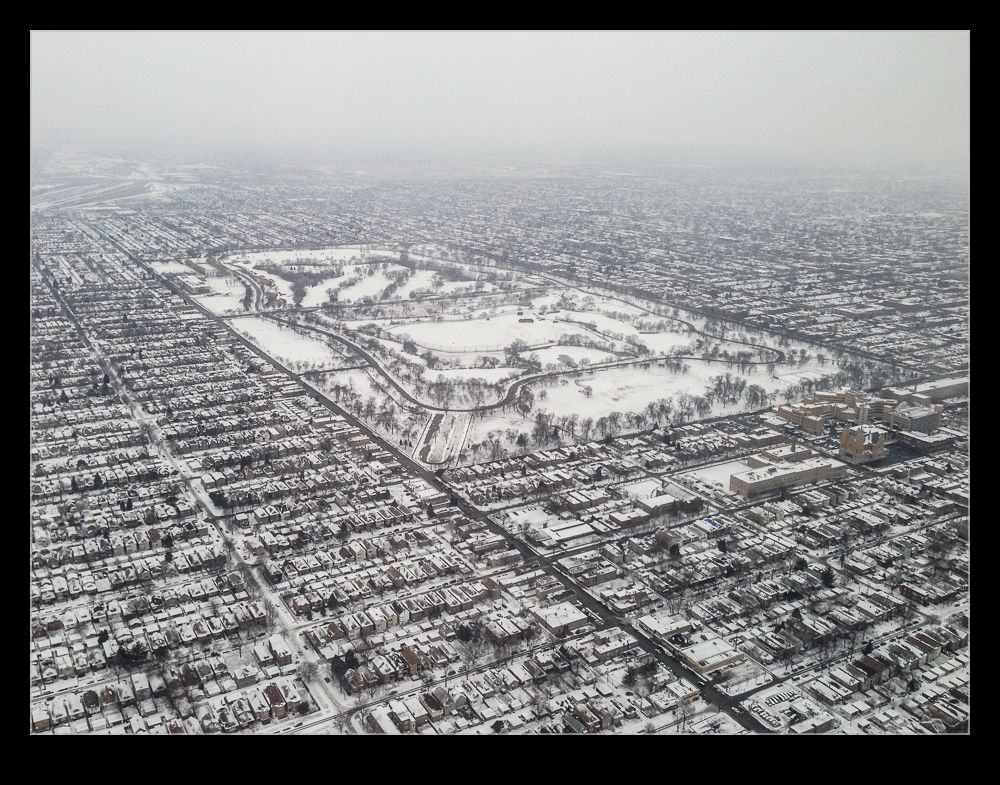 Coming home to Chicago recently, we were landing just after some snow had blown through the area.  We made a slightly unusual approach to Midway and did some maneuvering pretty low over the suburbs near the airport.  I love this sort of thing since I find the rows of houses really fascinating from above.  I managed to snap a few shots out of the window as we came in.  These were grabbed with the camera on my phone so the control was a little limited but it was better than missing it altogether. 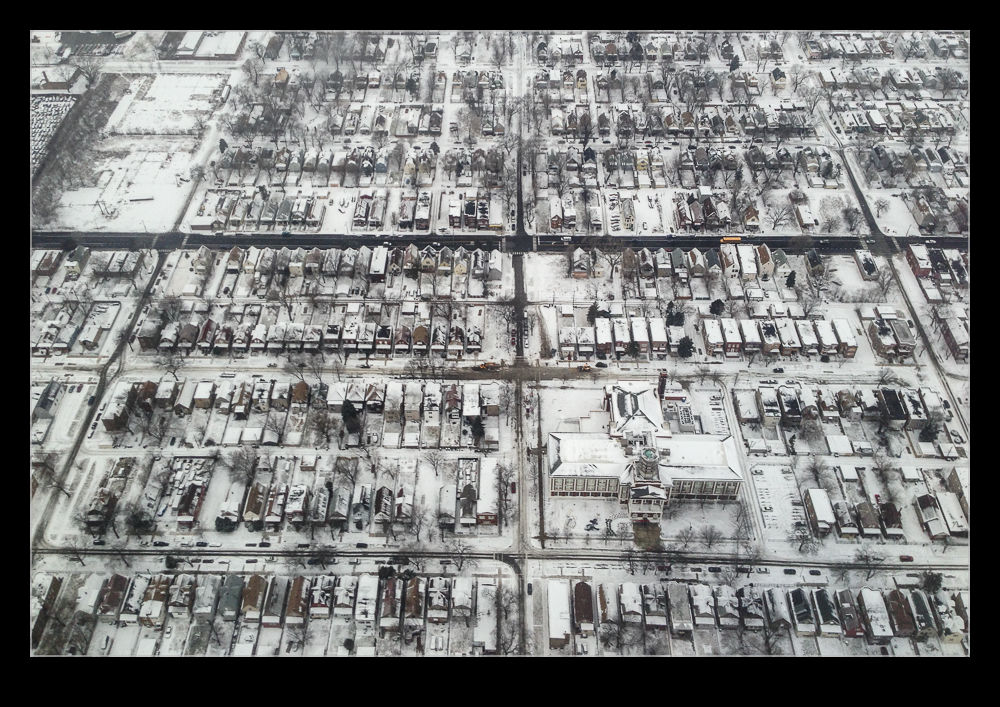 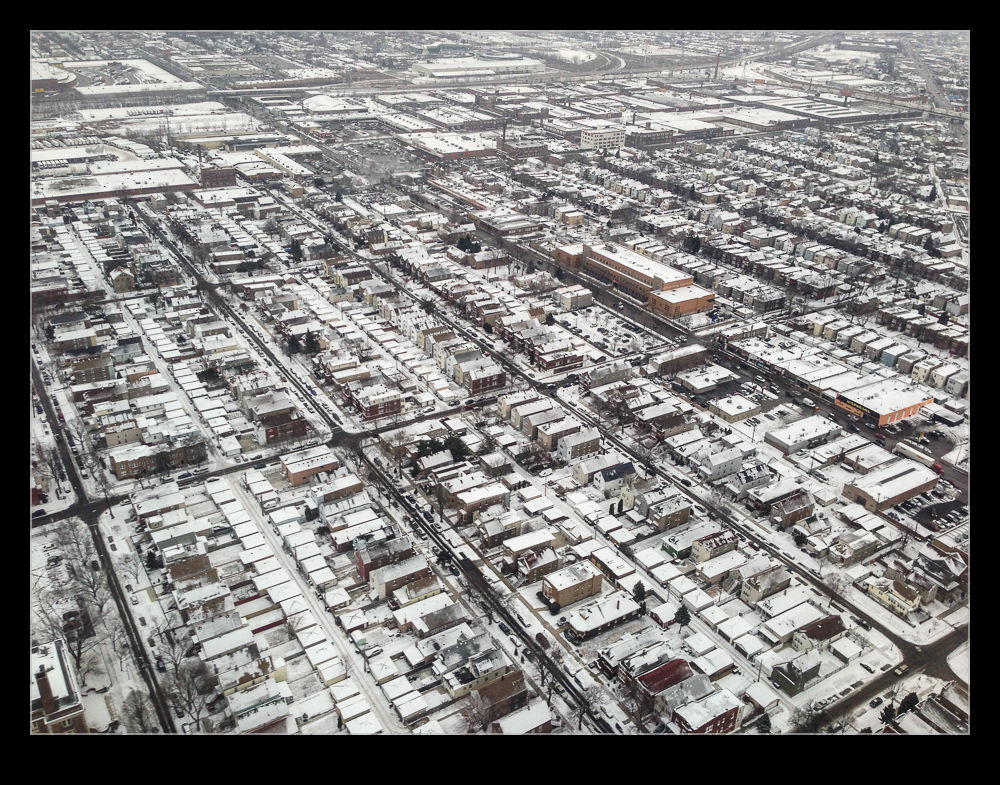 Some of the industrial buildings in the area also look cool from the air.  This part of town has a bunch of rail yards and the geometry of them is impressive from above. 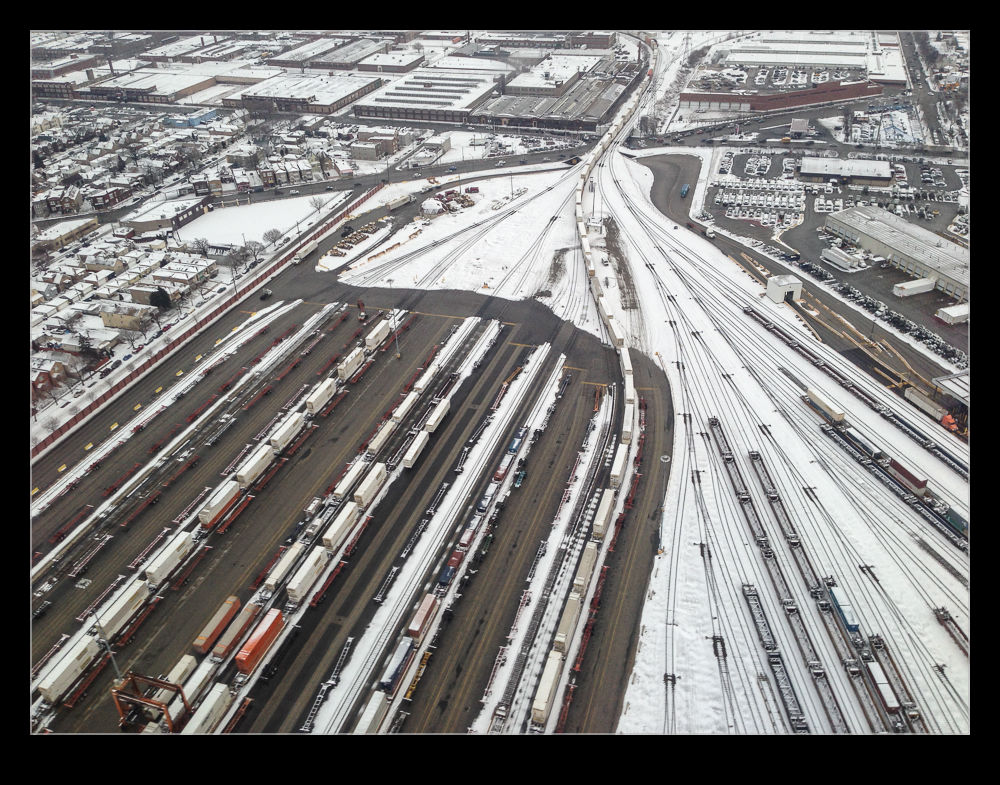