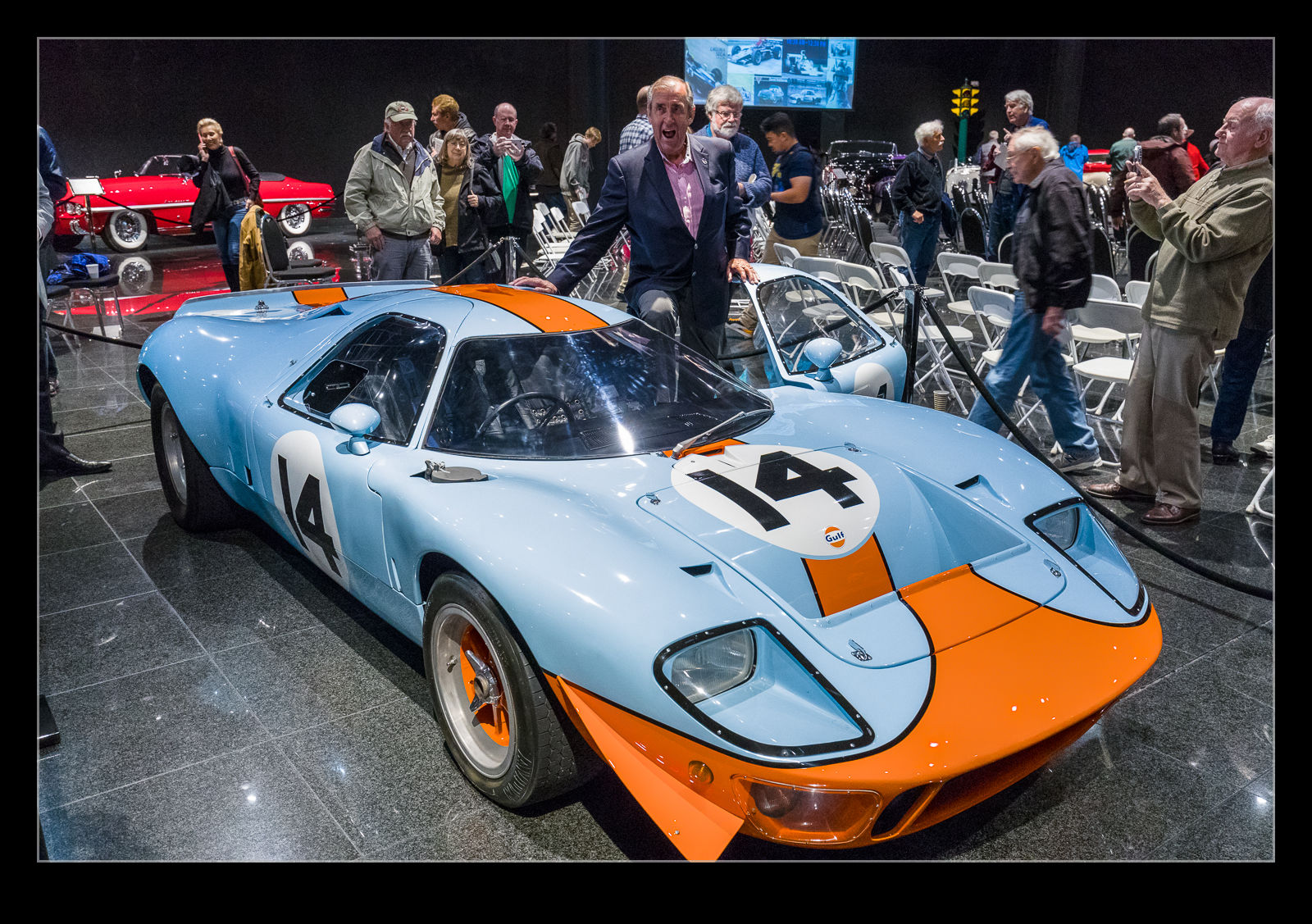 I made a visit to the Blackhawk Automotive Museum on a Sunday morning.  They had a speaker booked and this one was David Hobbs.  Hobbo has been announcing motorsports on US TV since the 70s and is part of the current NBCSN Formula One team.  His talk covered both his days as a racer and his time in TV and he was obviously a popular choice.  The place was packed out.  They were suggesting there were three times as many people as they had ever had before. 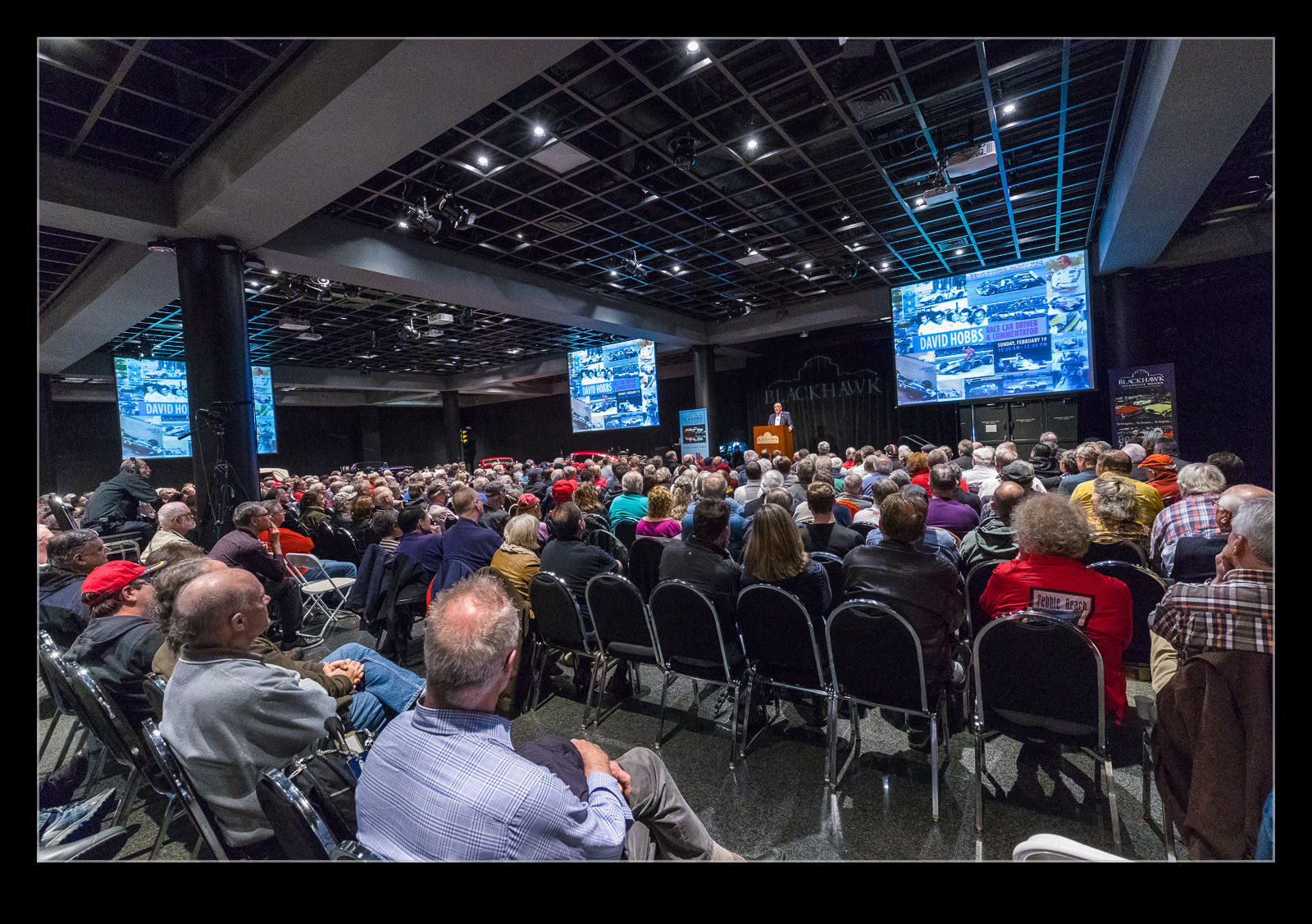 The initial seating was not enough.  They brought in flip out chair and then any chairs they could find to try and get a seat for everyone but some ended up standing throughout.  It was not short either as he has plenty of anecdotes to work with.  Timing was a bit “flexible” in the end.  Hobbo has a habit of saying stuff on air which might make the network a bit nervous and his public speaking is an extension of that.  I watched a few people flinch at some of the language he threw in but most people seemed to be lapping it up – me included. 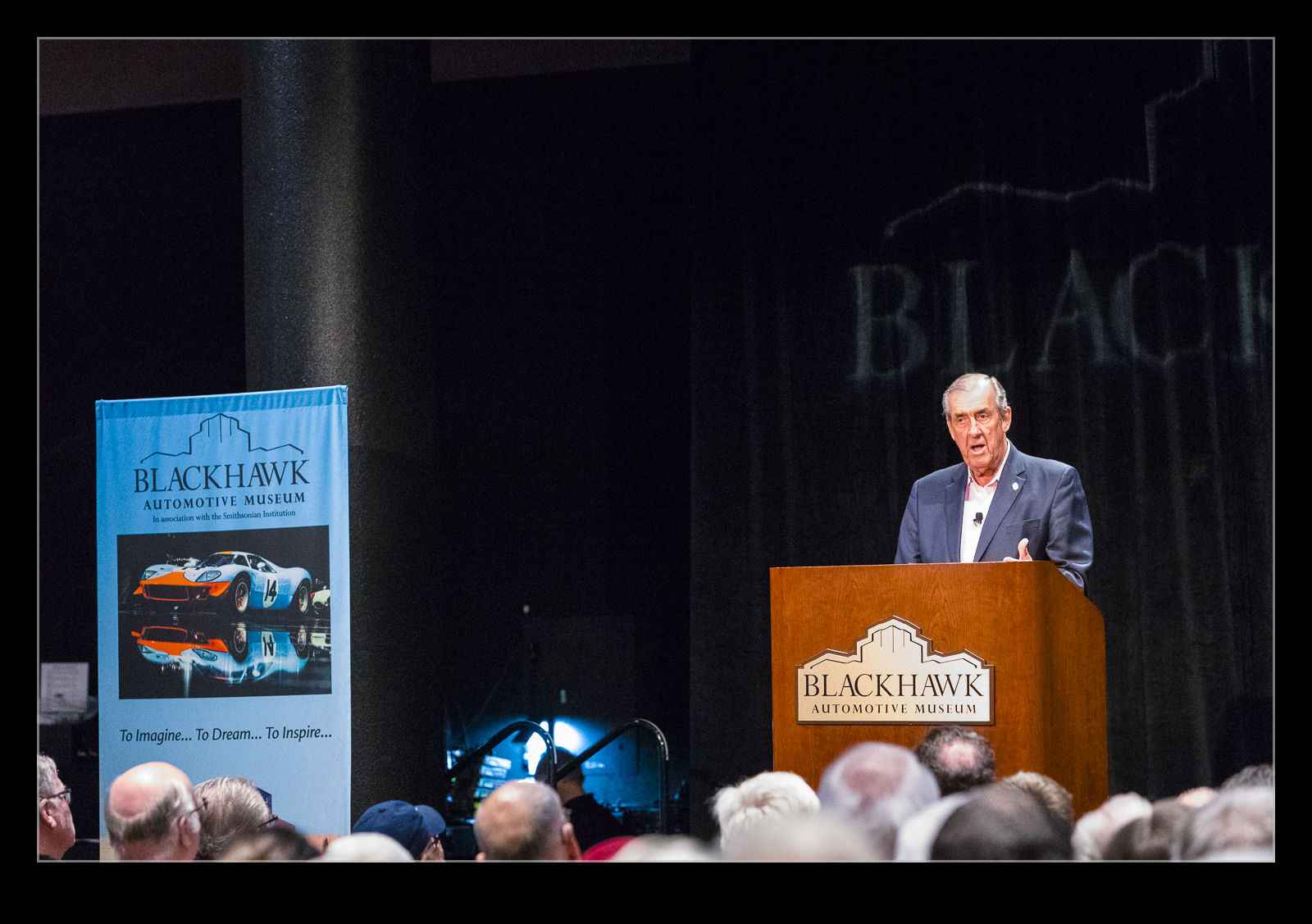 After the talk and the Q&A, he posed with a GT40 based Mirage in the collection that he had raced at Le Mans.  Then he set up to sign autographs and memorabilia that the audience had.  A line formed that stretched across the foyer and beyond.  I imagine the museum did well out of the event and it was a great way to spend a Sunday morning. 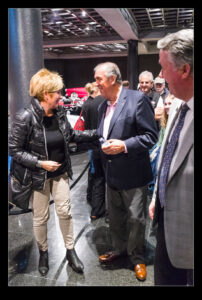 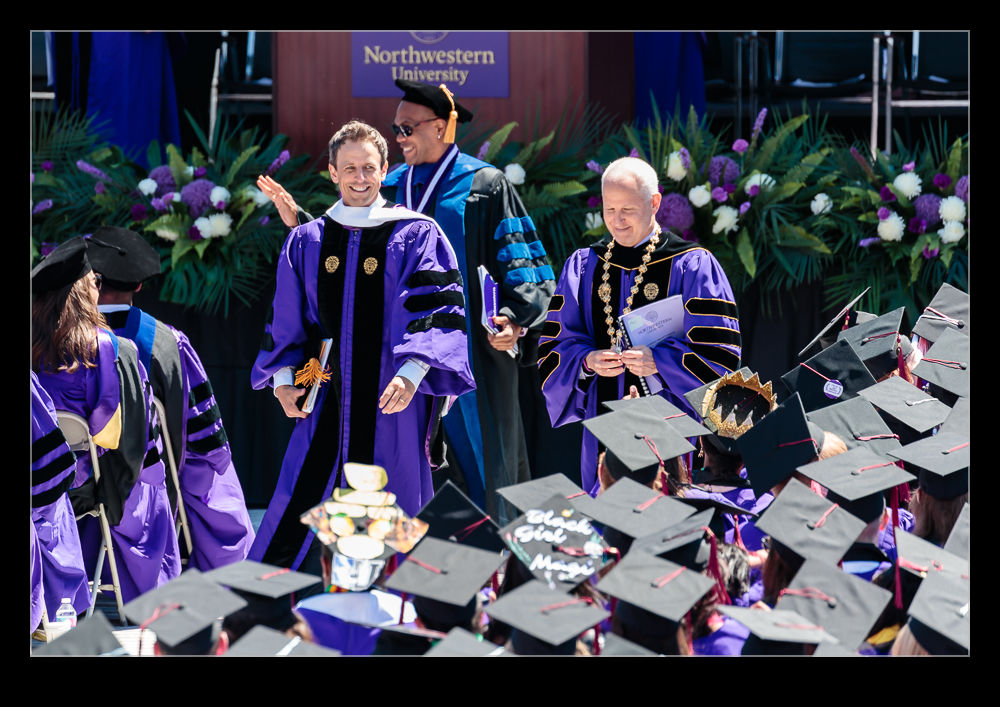 I decided to hang out with Seth Myers for a while.  Admittedly, I did this at the same time as a few thousand other people.  He was the commencement speaker at Northwestern University for 2016 and my niece, Sara, was graduating.  While it might appear that there was no connection between Seth and me, I assure you that we were just playing it low key.  Consequently, I took these pictures from a reasonable distance across the stadium.  Maybe I have some more personal shots taken at another time?  Maybe? 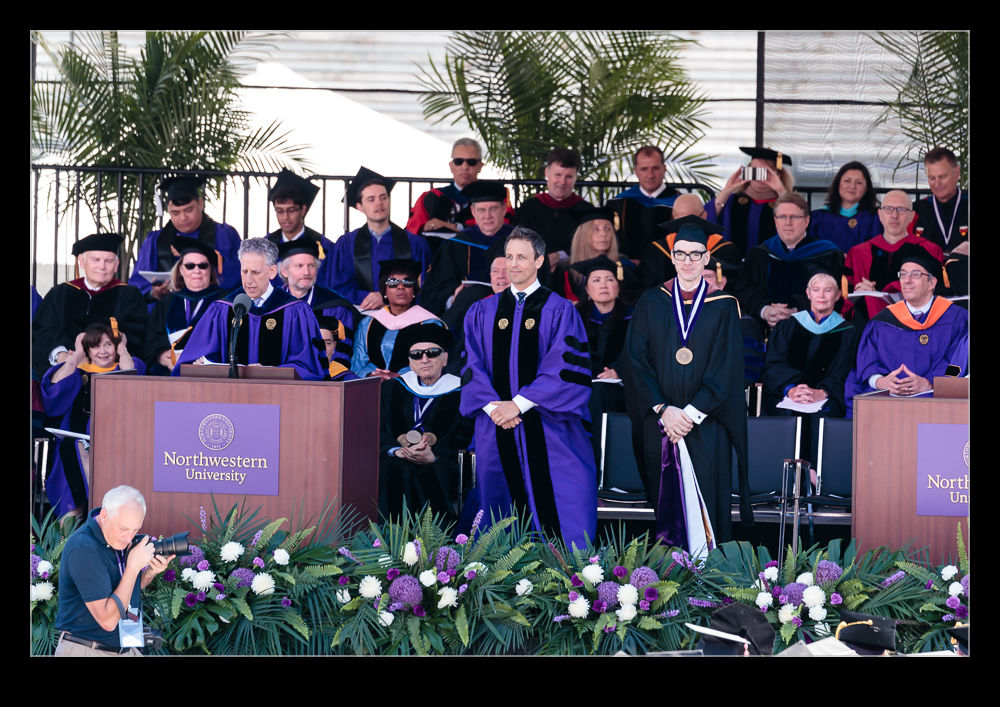 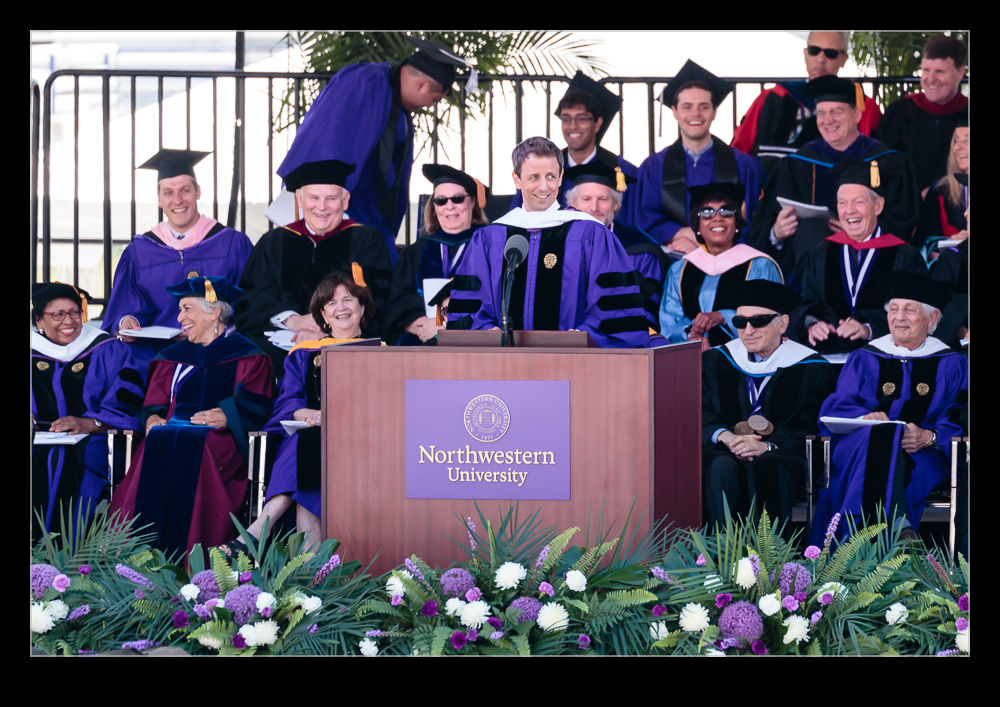 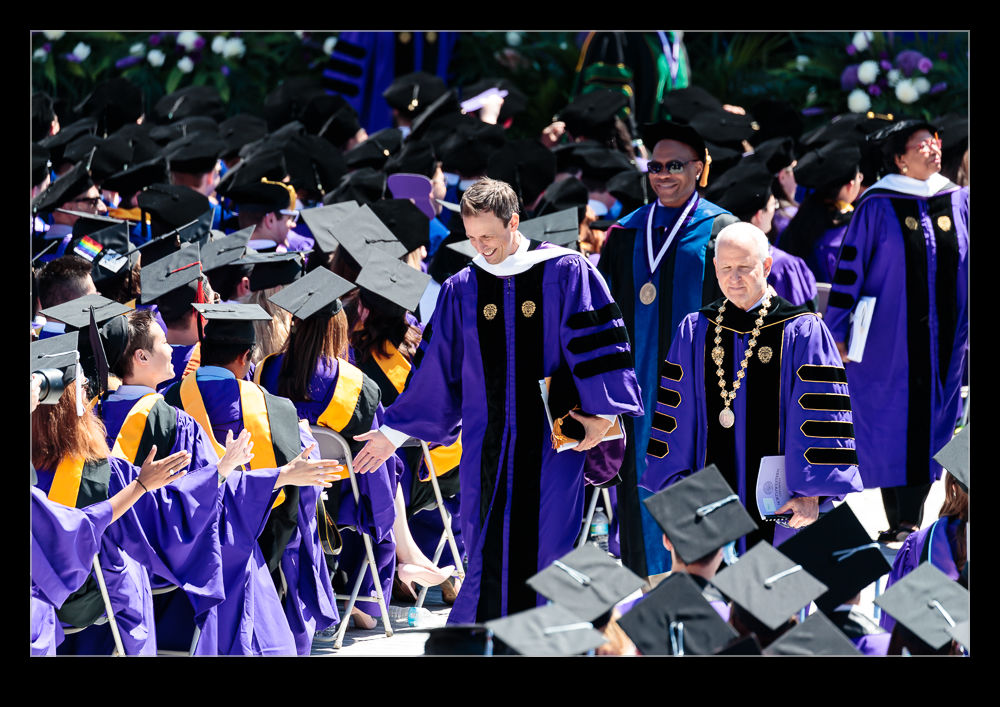