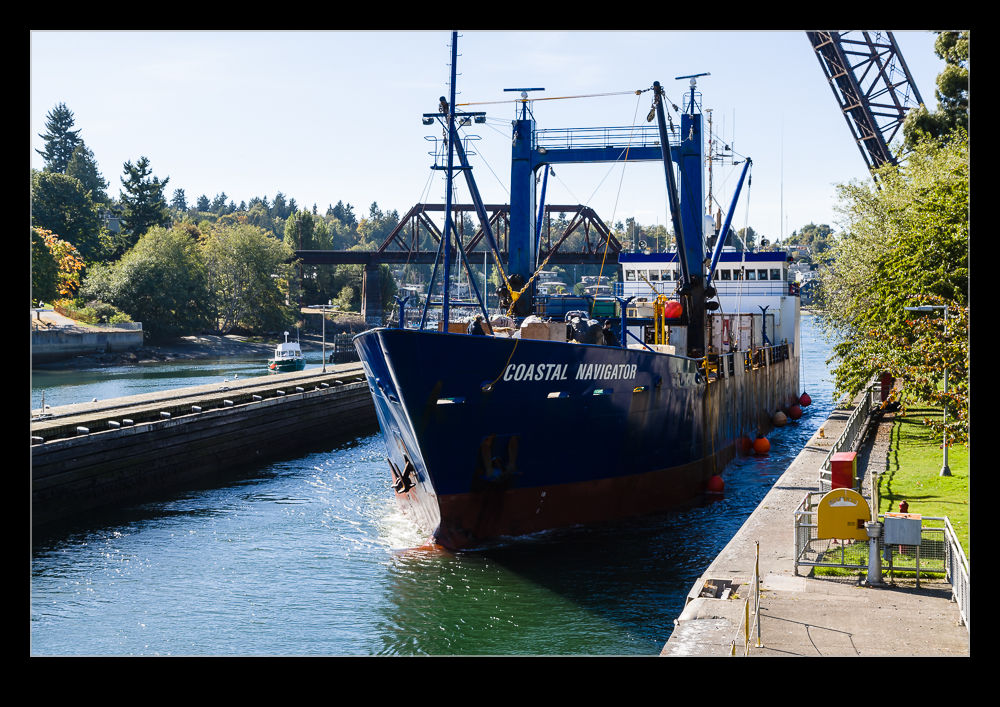 I learned something new about boat traffic while at the locks in Ballard.  There is a clear rule structure about which types of boats get precedence when traversing the locks.  Priority goes to government boats and emergency services.  Then scheduled commercial boats followed by unscheduled commercial boats before you start to get to the pleasure craft that make up a big chunk of the traffic.  One of the boats had tried to enter the lock and they got a loud verbal warning that they had jumped the traffic lights and that a commercial craft was going ahead of them. 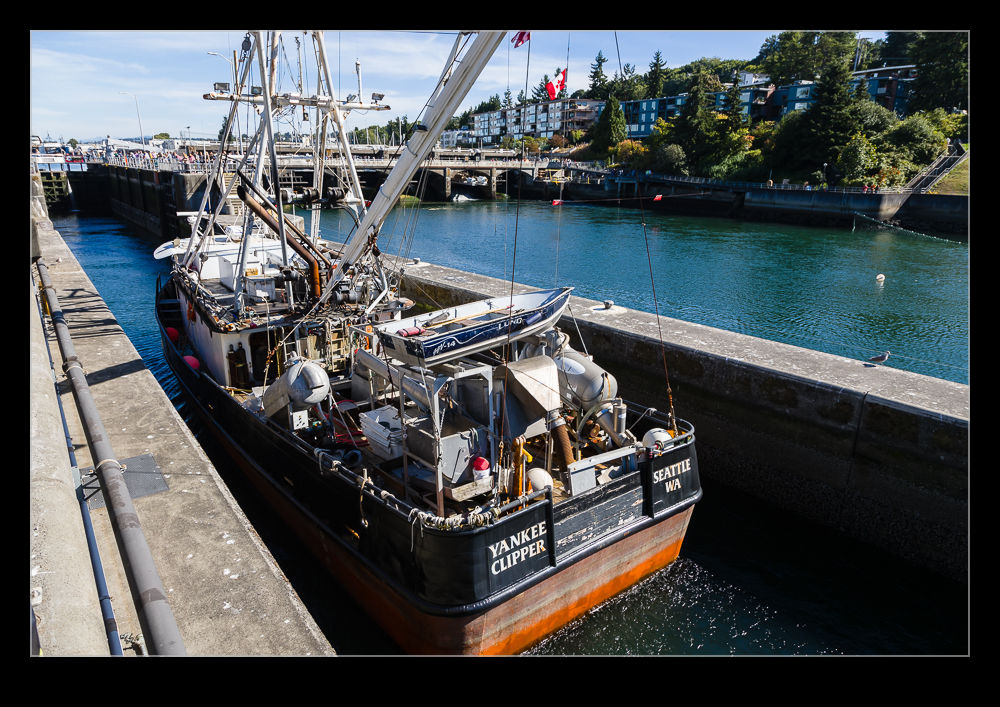 After hearing this, I chatted with one of the lock staff and he explained the way in which things are prioritized.  The boat that first demonstrated this was a fishing vessel that went through the smaller lock and was a pretty snug fit (although the crew didn’t seem to even pause when running it in to the lock).  The other commercial vessel that came in was substantially larger.  It was directed to the main lock while the smaller traffic continued to use the smaller one.  Seeing such large vessels come through and the change in perspective from when they were below you as they entered to being so much higher when they left was quite impressive. 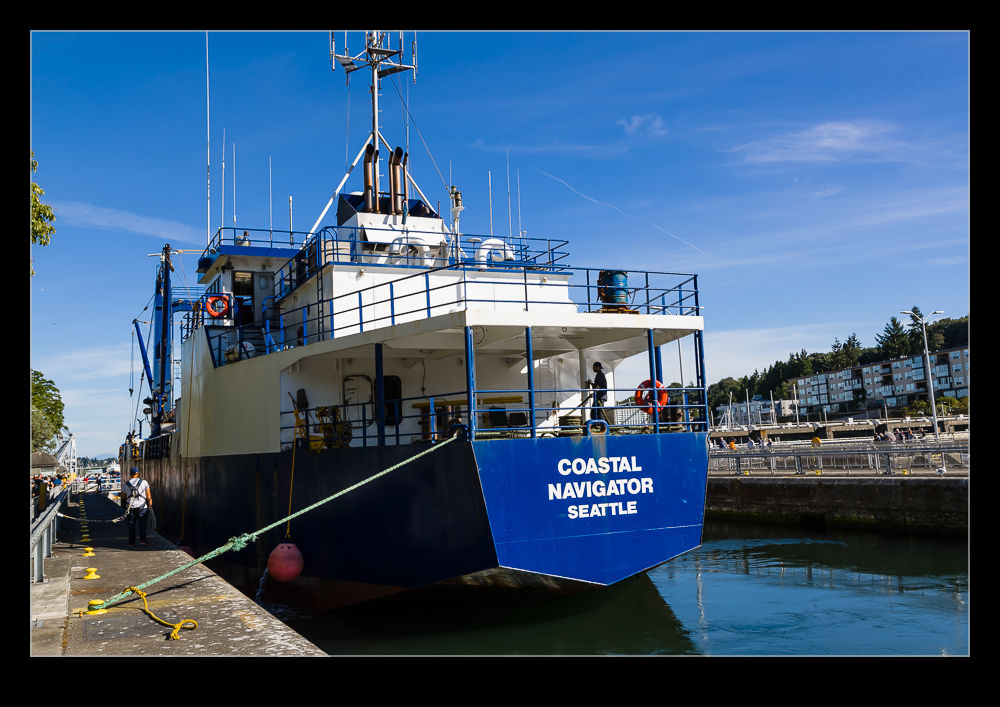 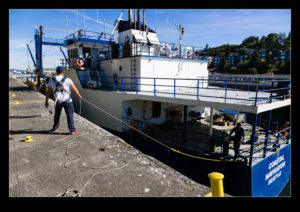 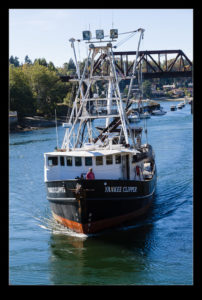