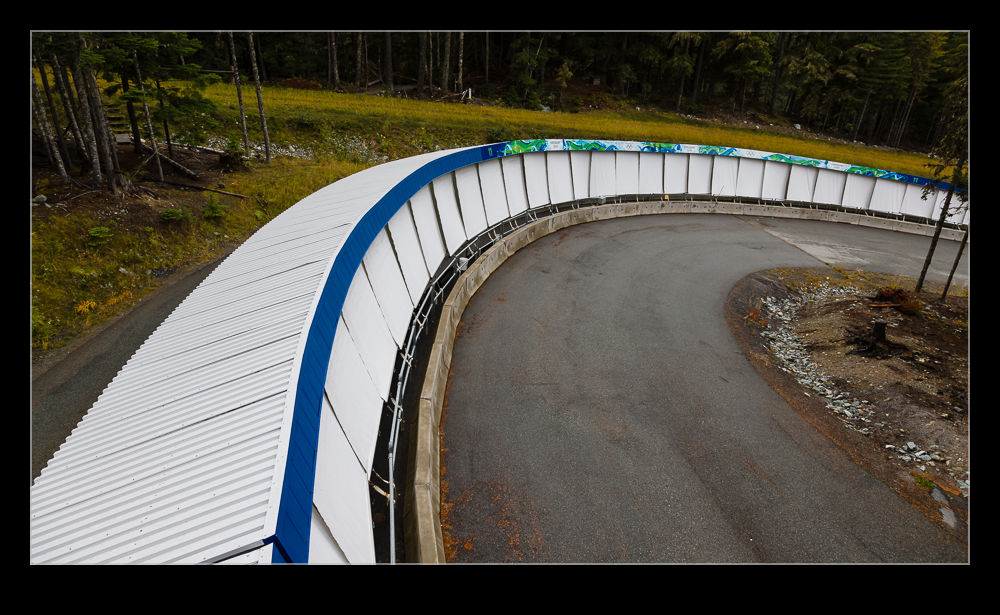 For some strange reason, the first few days we were in Whistler, I didn’t think about some of the locations that should be there for a Winter Olympics.  Then I saw a sign for the Sliding Centre and decided to check it out.  This was the home of the bobsled, luge and skeleton events.  I don’t know what I had been thinking but the place really surprised me.  I knew that the course was down a hill and how fast the competitors go but I hadn’t realized just how steep the descent would be.  I figured sliding downhill on ice, it wasn’t hard to go really fast. 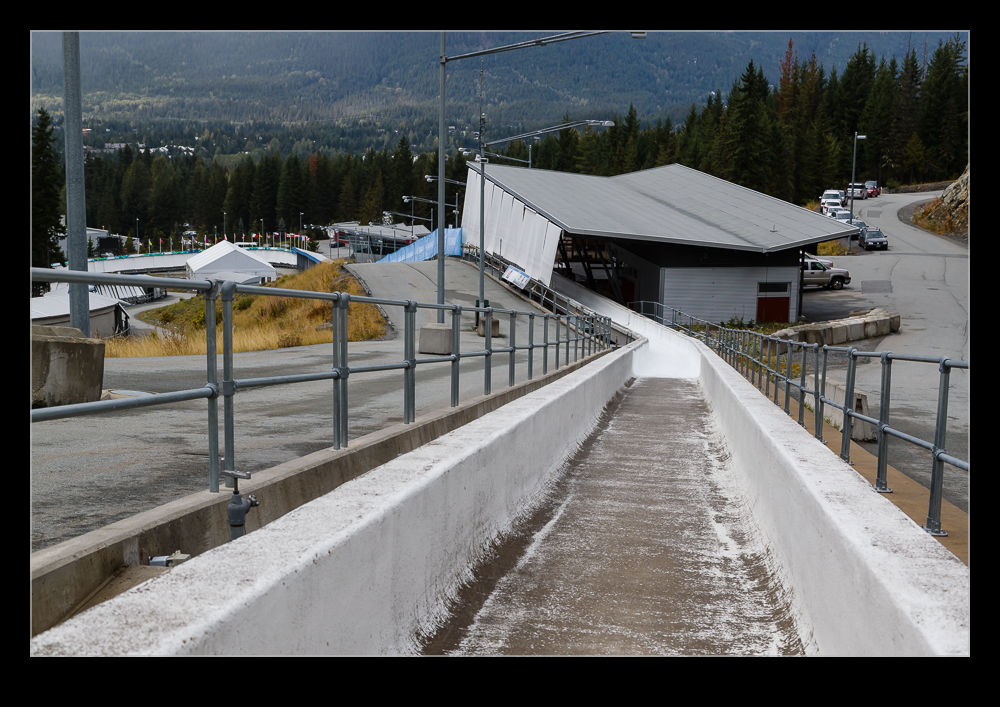 In fact, the run drops down some incredibly steep slopes.  We were walking alongside the track and it was really steep just going up the road.  Sadly, photographs never do justice to steep slopes but believe me when I say this place was steep.  The idea of coming down it on a sledge seems insane.  No wonder the crashes are so spectacular.  Not only that but the end of the course always seems to be on the level when you watch it on TV.  In fact, it goes back up the hill very steeply.  This was also totally unexpected. 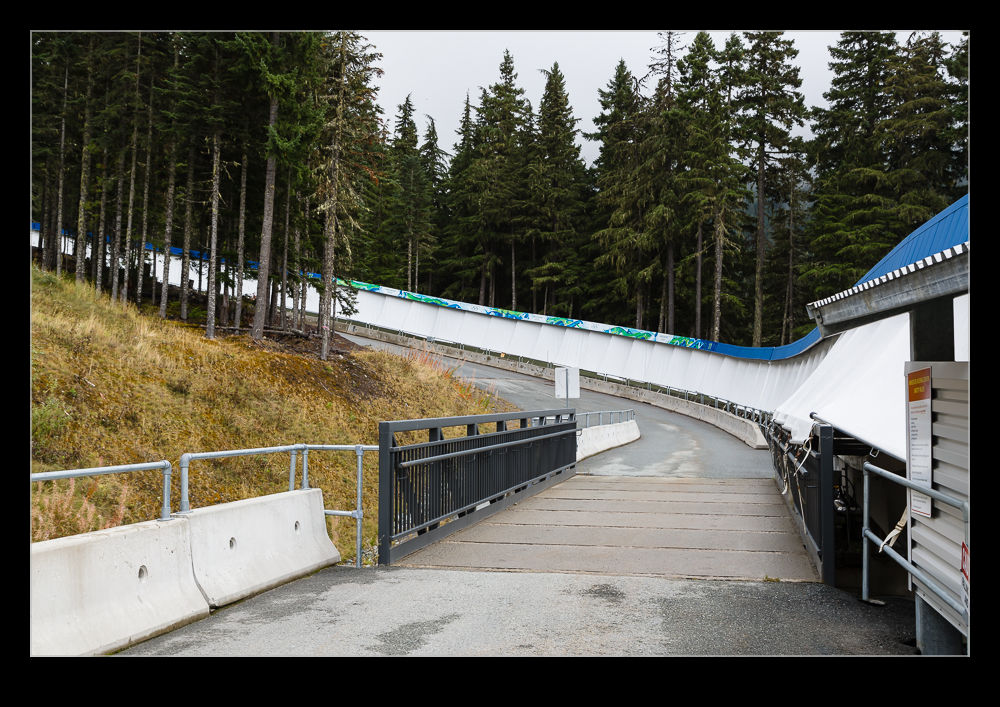 We met a bunch of guys that were using knife like tools to shape the ice.  Apparently, they had been running that morning and we had missed it.  They were due to run the following afternoon but we were leaving before that.  It was a shame to miss the action.  As they weren’t running, covers were over the entire course to protect it from the weather but you could still peak between the blinds to see the track itself.  A very impressive place and I will have to try and get back there at some point to see the competitors in action. 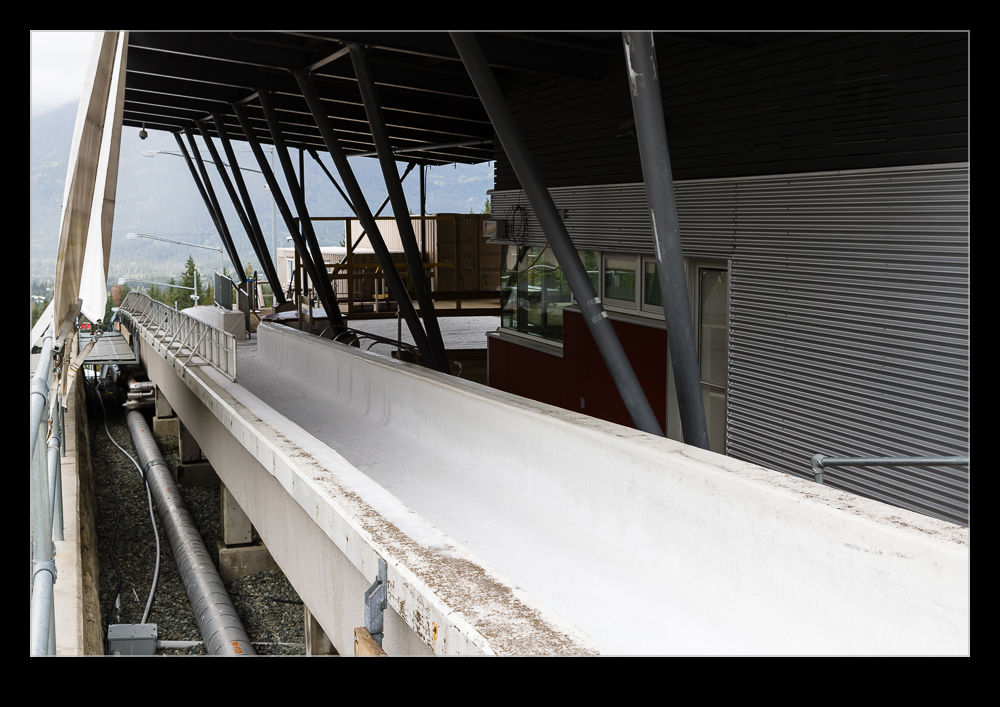 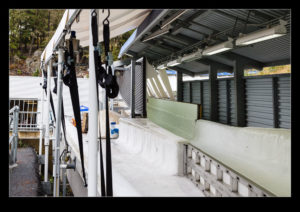 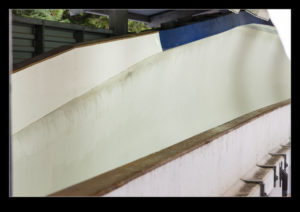