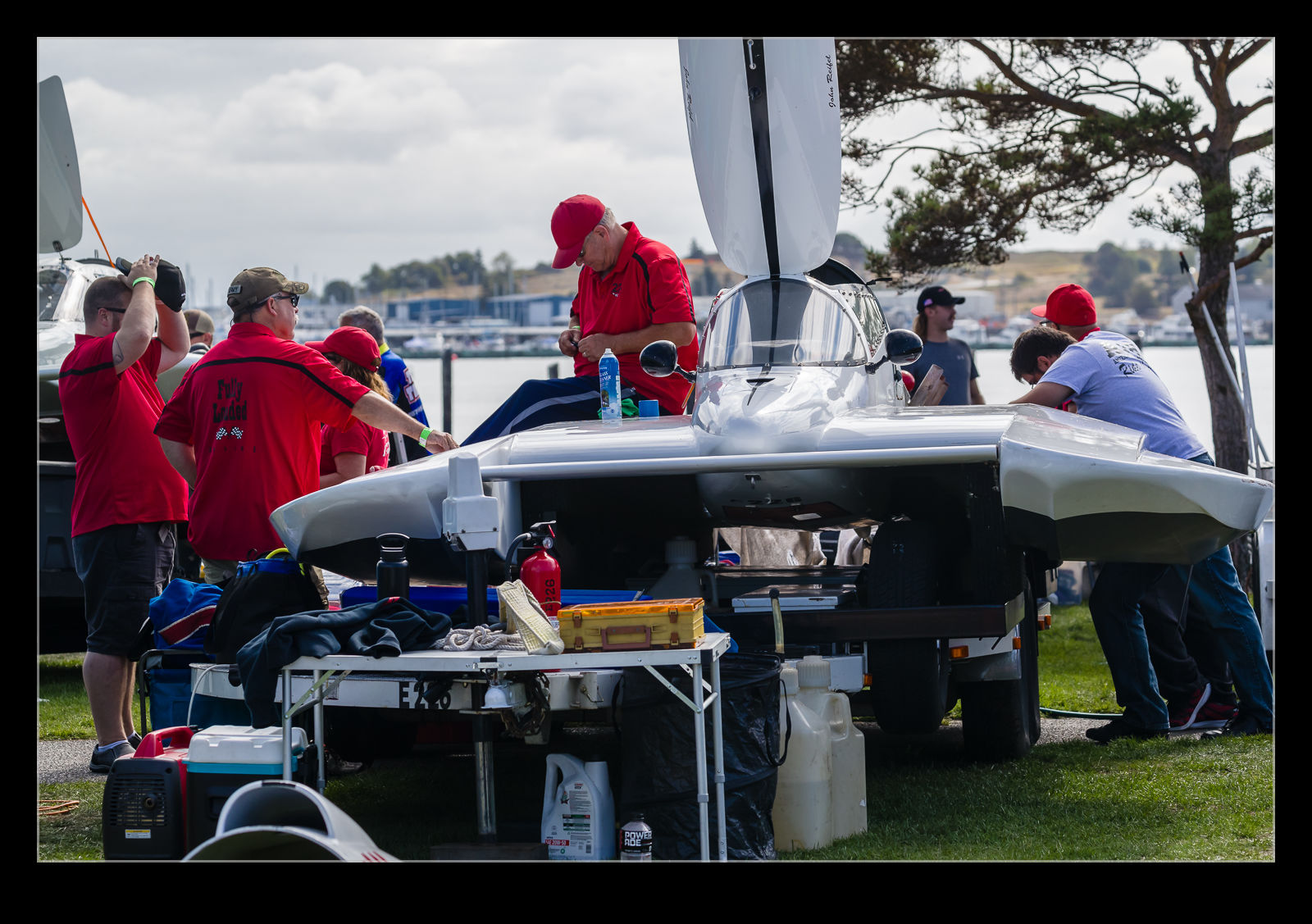 The hydroplane races at Oak Harbor had a variety of classes of contenders.  Many of the boats appeared on course from a marina across the harbor but the most exotic of the boats were operated from alongside the spectator area.  A pit area was set up on the shore.  Here the crews were busy preparing the boats to race – occasionally carrying out engine runs.  There was no slip so the way boats were put in the water involved a crane lifting them up and depositing them alongside a jetty close by.  The initial lifts seemed to be a bit slow and inaccurate but a little practice and they were soon moving them across and back after the races with ease. 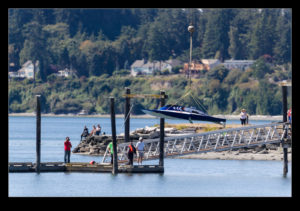 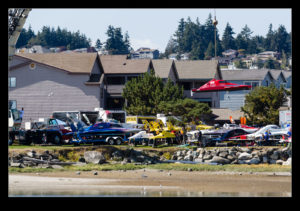 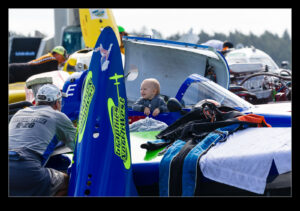 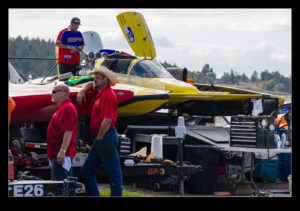 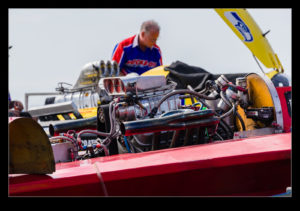 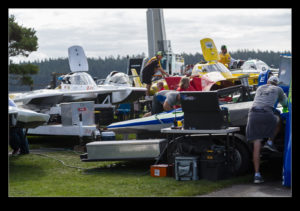 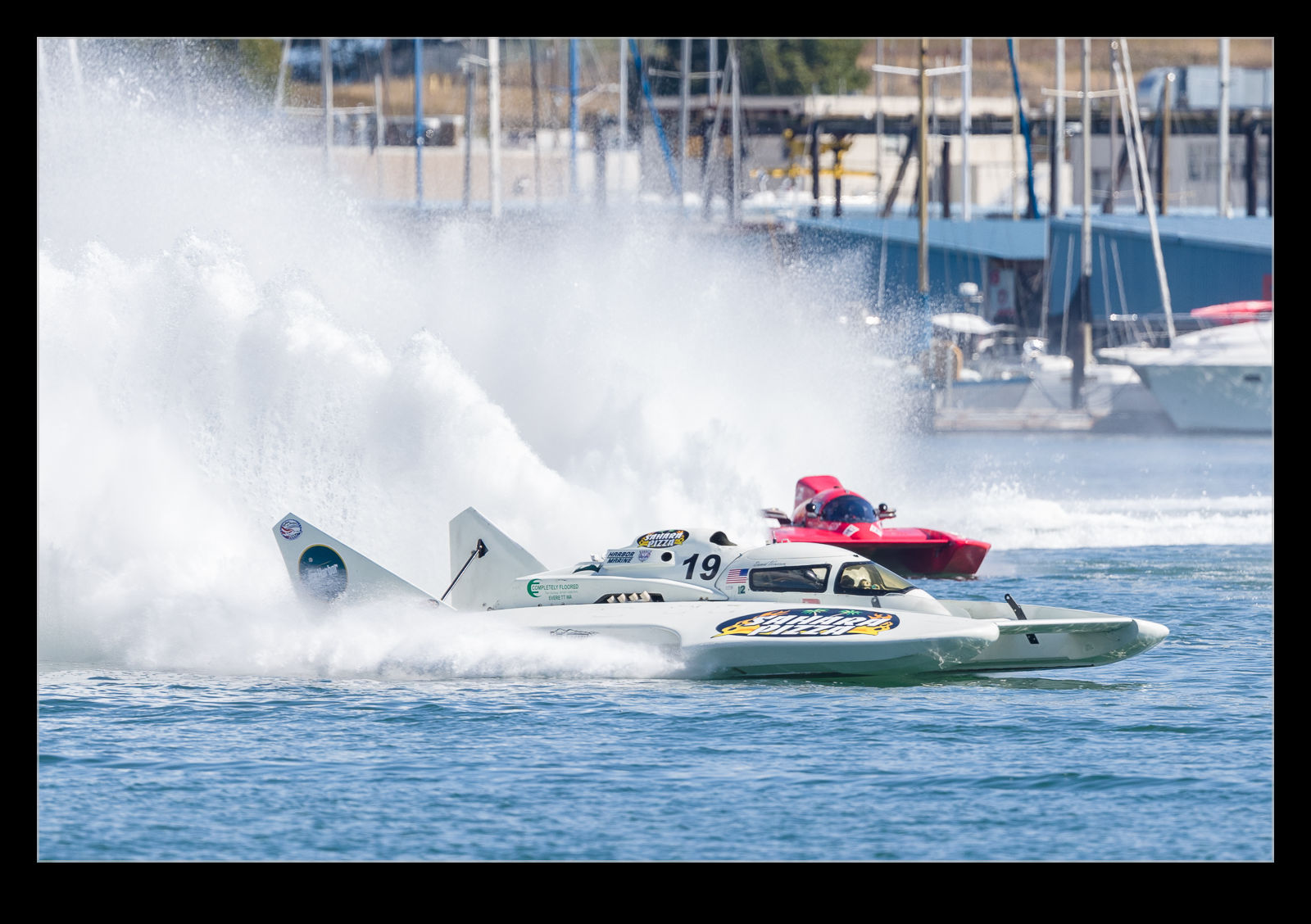 It’s been a long time since I watched any hydroplane racing.  The Kankakee event in Illinois was a fun one to attend, not least because the constraints of the river meant it was possible to get really close to the action.  Racing is quite popular in the Pacific Northwest and one event was scheduled for Oak Harbor on Whidbey Island.  I decided to head along and see what it was like. 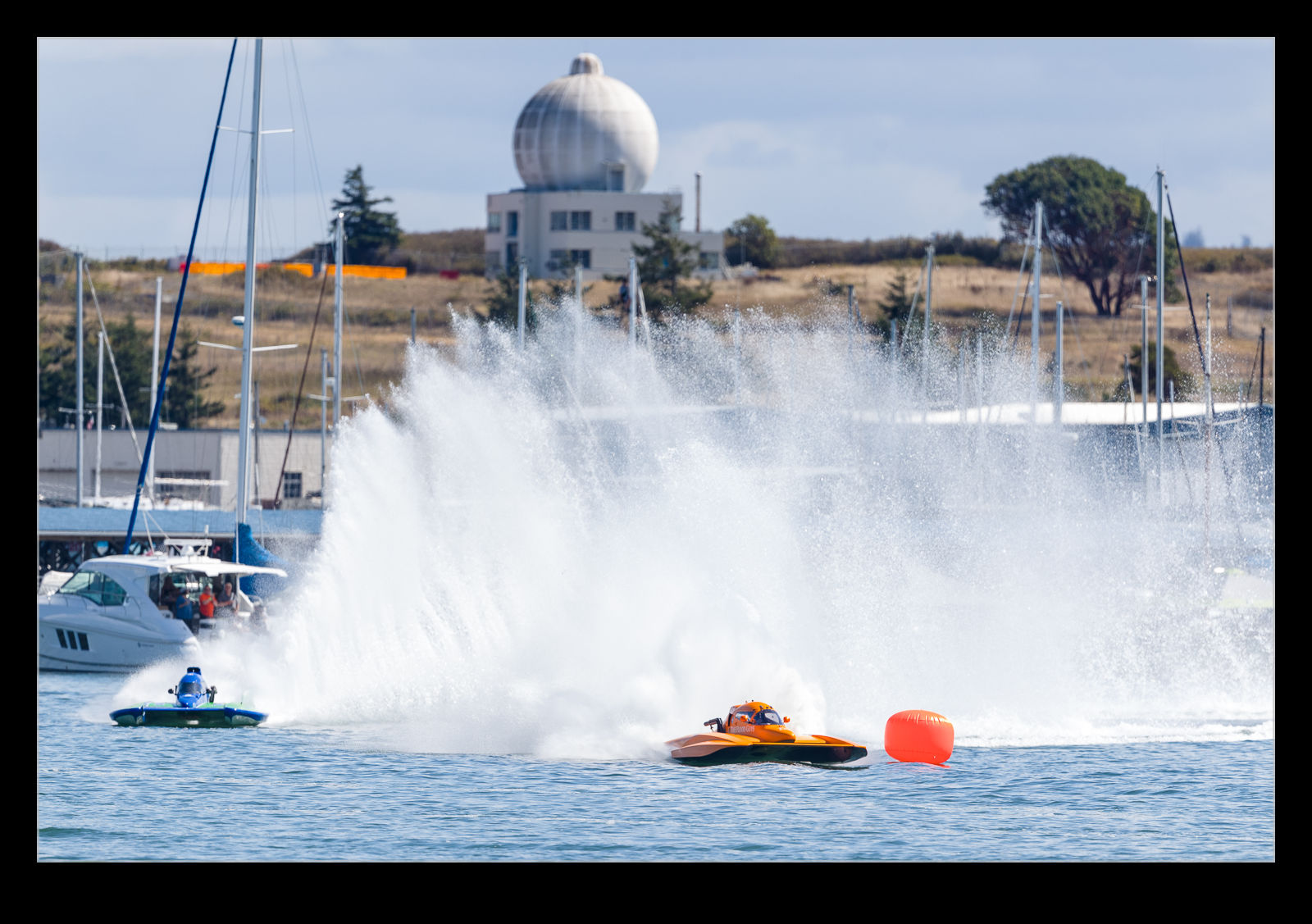 I was quite surprised how easy it was to attend.  I found parking conveniently close and got a waterfront spot to set up with ease.  Plenty of people came and went during the time I was there but it never felt terribly busy.  The racing took place in the harbor and it was a bit distant for all of the spectators.  The good spot to watch from would have been across the harbor but that was within the naval facility so out of bounds for the rest of us. 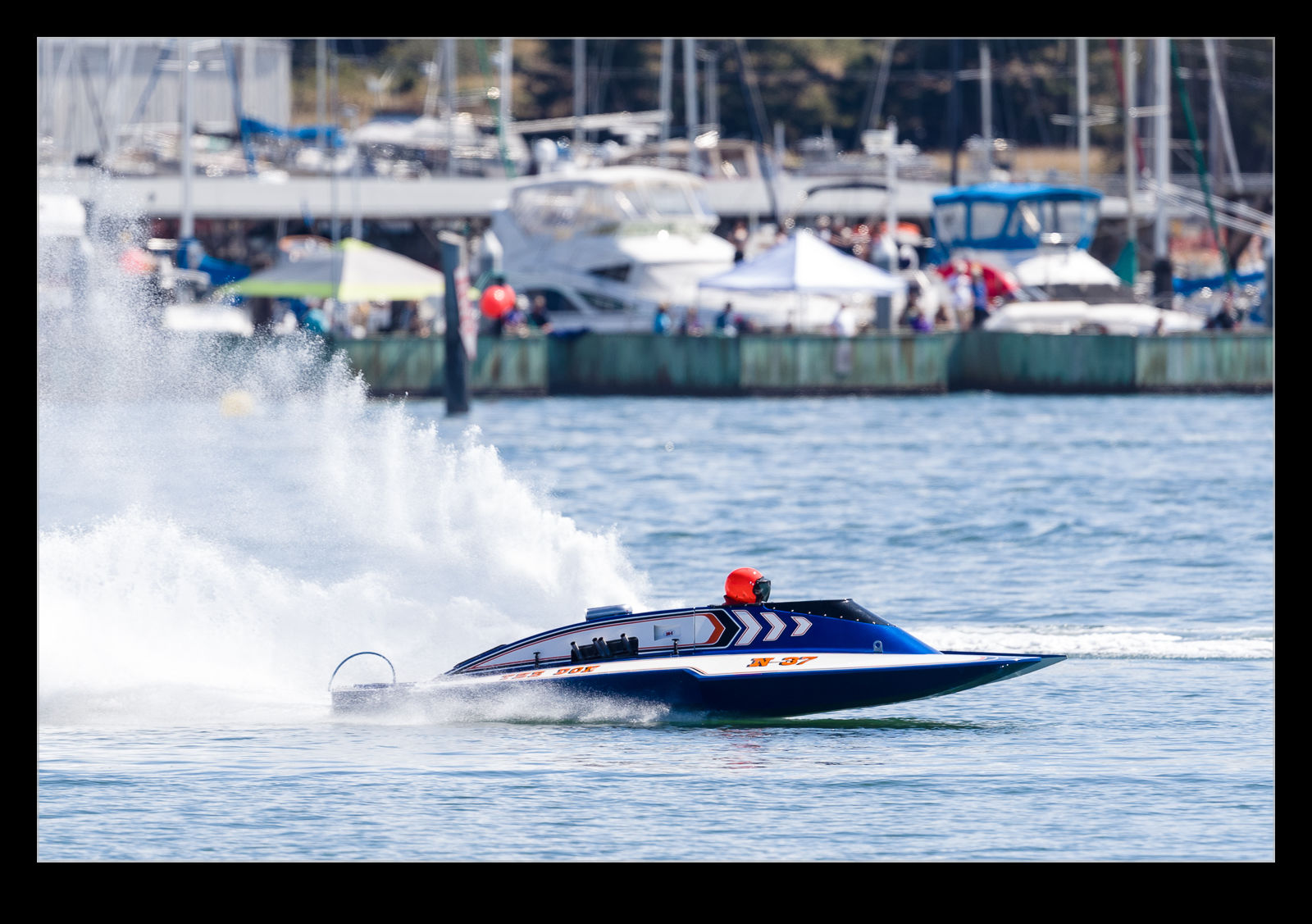 The course provided for some good angles on the boats as they made the first turn.  The second turn was rather distant.  The PA system was well away from me and the program seemed to be only vaguely related to what was happening so most of the time I was oblivious to the classes that were racing at any one time.  The more powerful boats were staging from the pits near the crowd but many of the smaller boats would appear on course from the marina across the harbor.  I would just watch them going around and try and figure things out from the flags on the course boats. 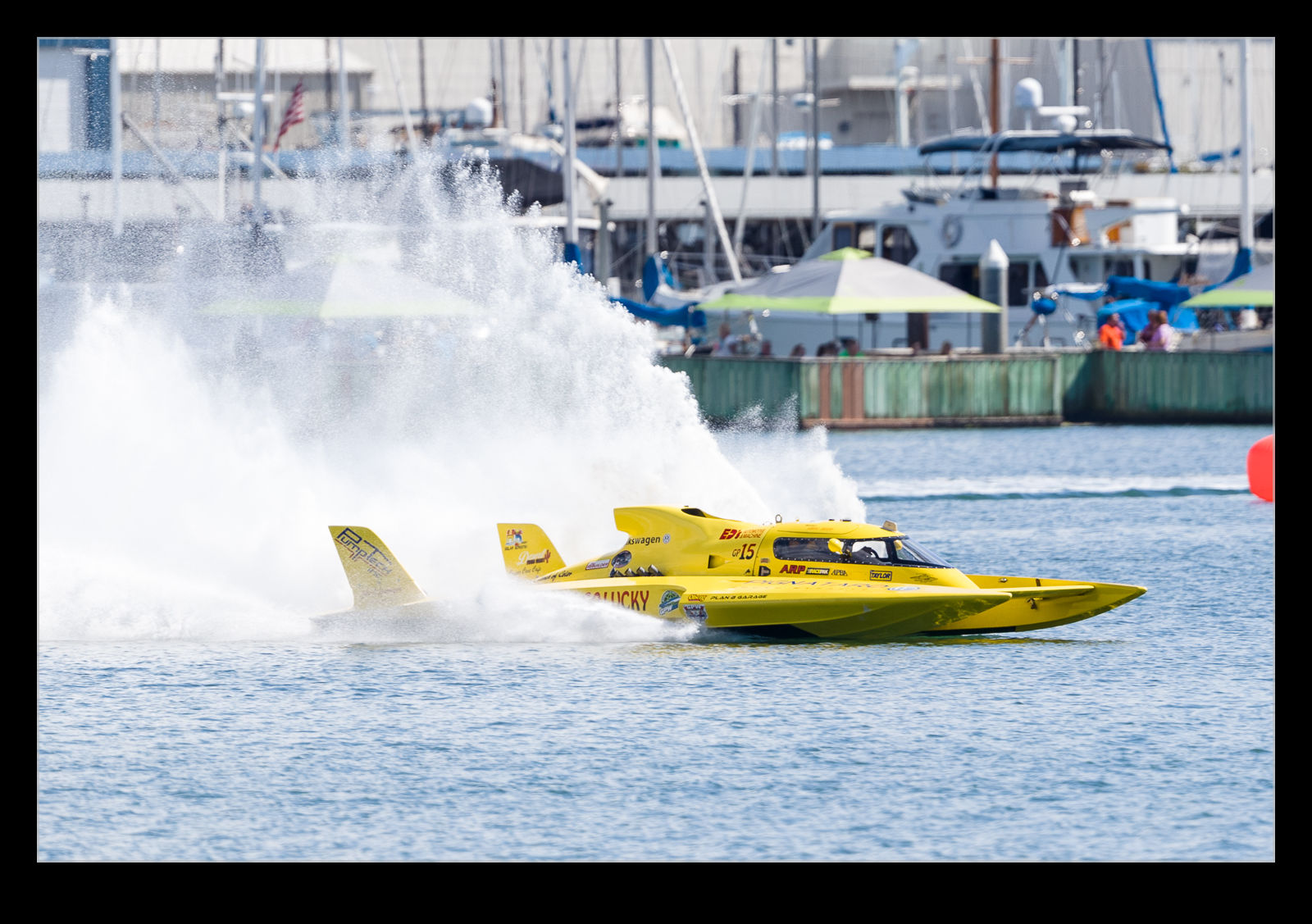 It was a sunny day so sitting next to the water and watching the occasional race was pleasant.  Not knowing what was going on was a bit harder and the random feeling of when a race would occur left me a bit confused but I got to watch racing and get some photos so hardly a bad was to spend a Sunday afternoon. 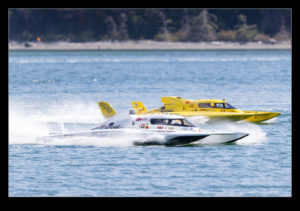 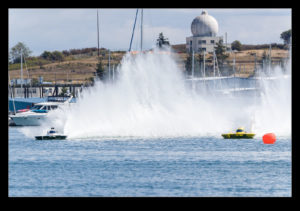 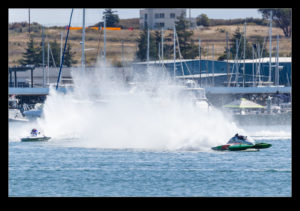 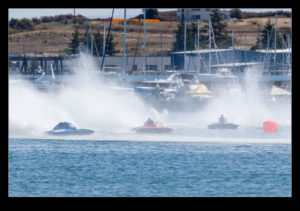