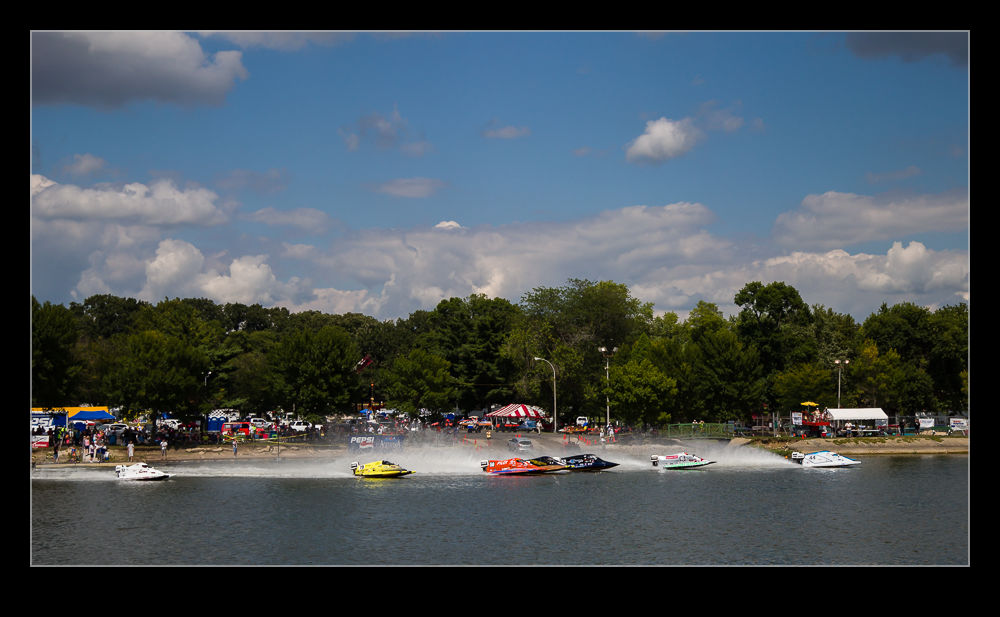 My friend Joel has introduced me to many things that are fun to shoot.  One of them is powerboat racing and the Nationals at Kankakee are particularly good fun to watch.  Taking place on the Kankakee River, it is a great location for spectators since you can be on either side of the river and still be close to the action.  With the boats screaming up and down the river, they are close to you a lot of the time and you feel really involved with the action. 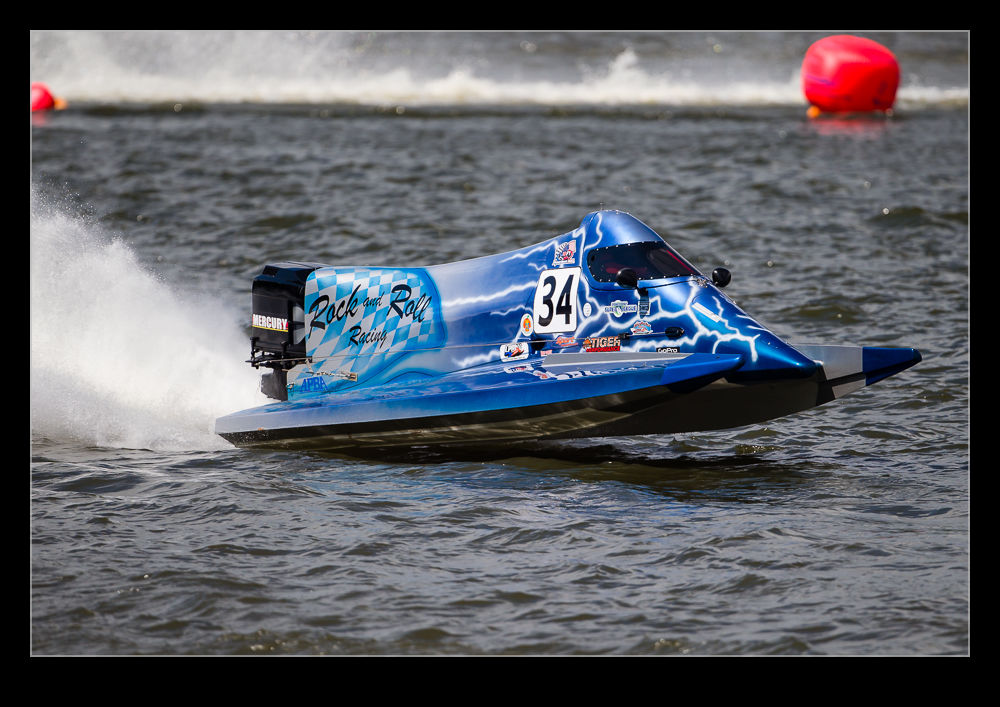 There are a variety of classes of boat taking part.  The engines in use also determine the class so the same boat can race in different classes with different engines bolted on the back.  Straight line speed of the boats is impressive but I find the cornering to be even better.  They hit the corners at speed and then just turn.  They seem to cut into the water and turn in no distance at all.  They throw up some spray and then blast down the next straight. 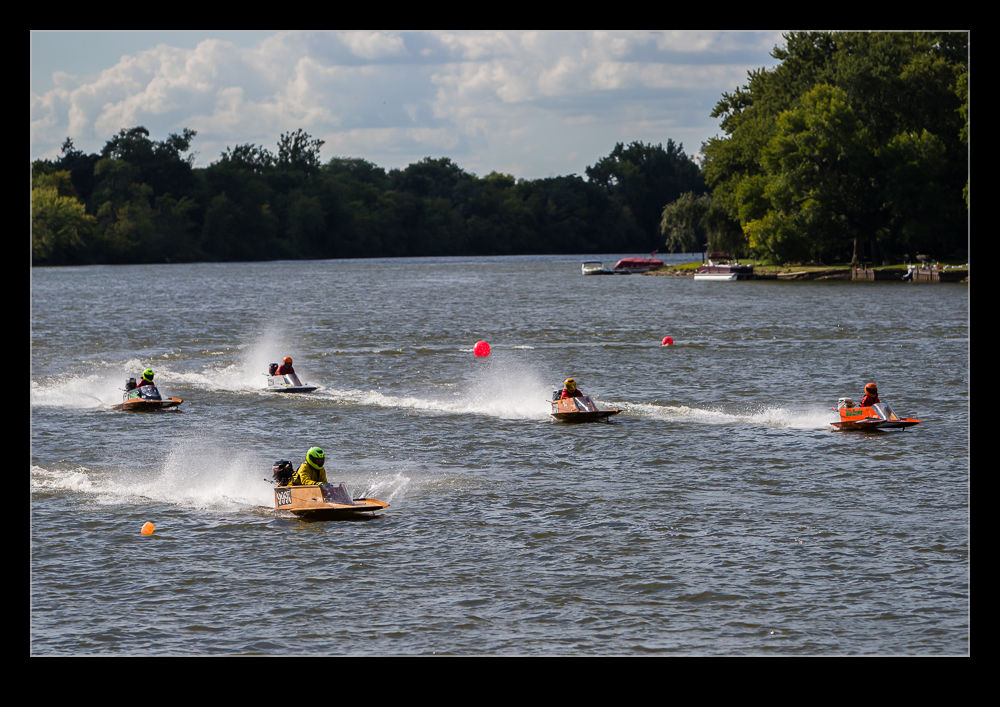 The races are fast and furious and the action means that you can be shooting almost constantly.  In fact, that was exactly what I was doing.  So many shots.  After a couple of races, I realized I needed to pace myself or I would end up running out of cards before the day was out.  Even so, I still ended up with an awful lot of shots to go through.  Combined with a bunch of other events shortly afterwards, it meant it took me quite a while to get through the whole shoot.  However, I have managed to narrow it down a bit and these shots are hopefully a good summary of the day.