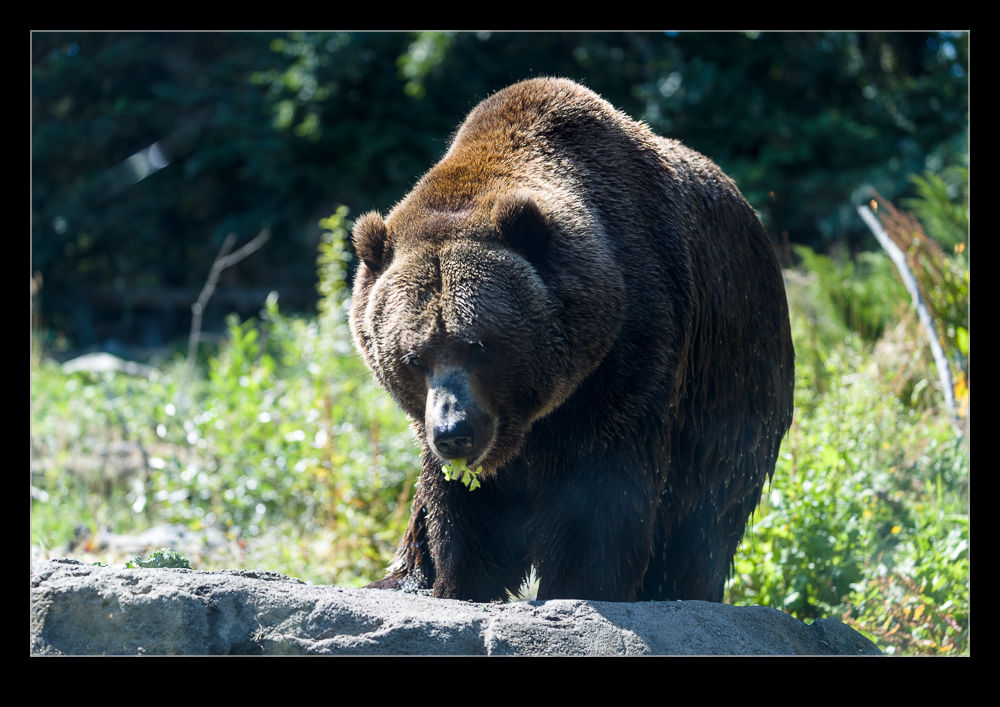 Bears are cool and brown bears are even cooler.  We saw a couple of them at Woodland Park Zoo and, while it was the middle of the day, they were actually pretty active.  It didn’t hurt that some food was coming their way so I guess they were incentivized to be a little busy.  It was a warm and sunny day so the fact they had some water to work with probably suited them quite nicely.  Lots of zoo animals are somehow aware of where they can go to be as difficult to see as possible.  These guys were either unaware or just showoffs. 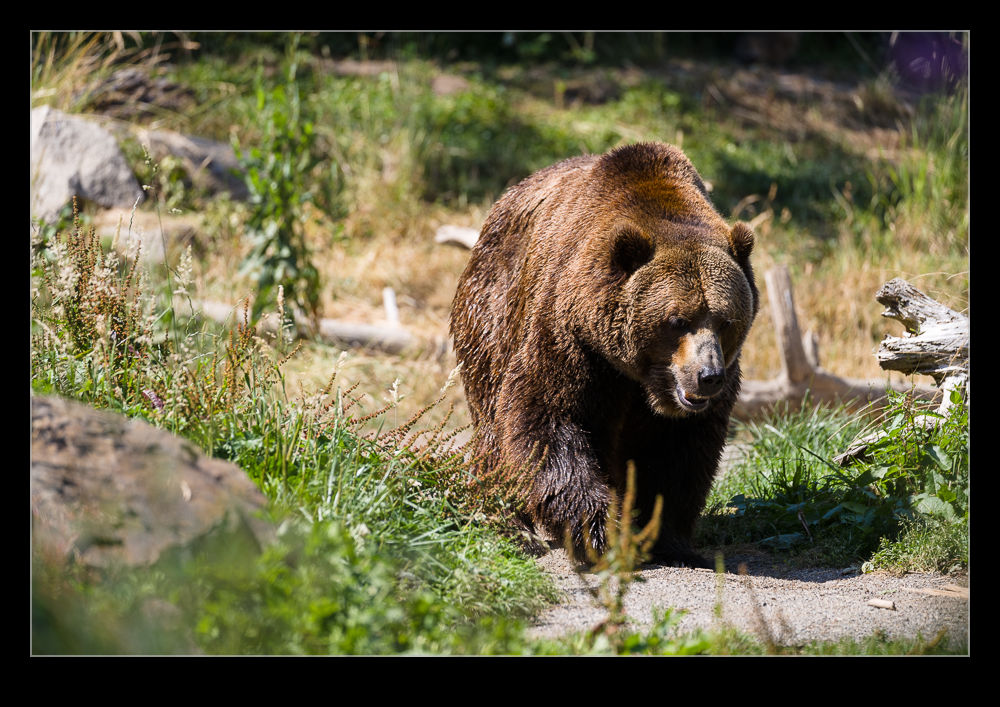 They wandered around the enclosure quite a bit and provided plenty of opportunities to see them.  Aside from the outdoor area, there was an indoor viewing space that was against the side of their pool.  From within there you could really get a good view of them chomping down on the food that had been thrown their way.  They seemed quite content to enjoy the nosh and pay no attention to the hordes staring at them through the glass.  Being so close to such a large creature was really very impressive. 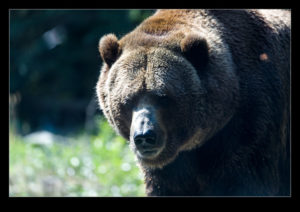 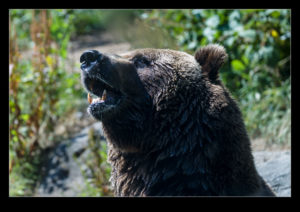 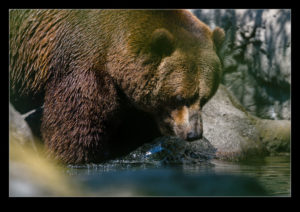 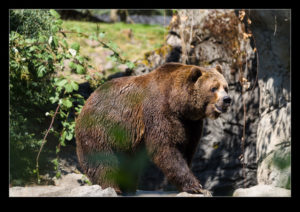 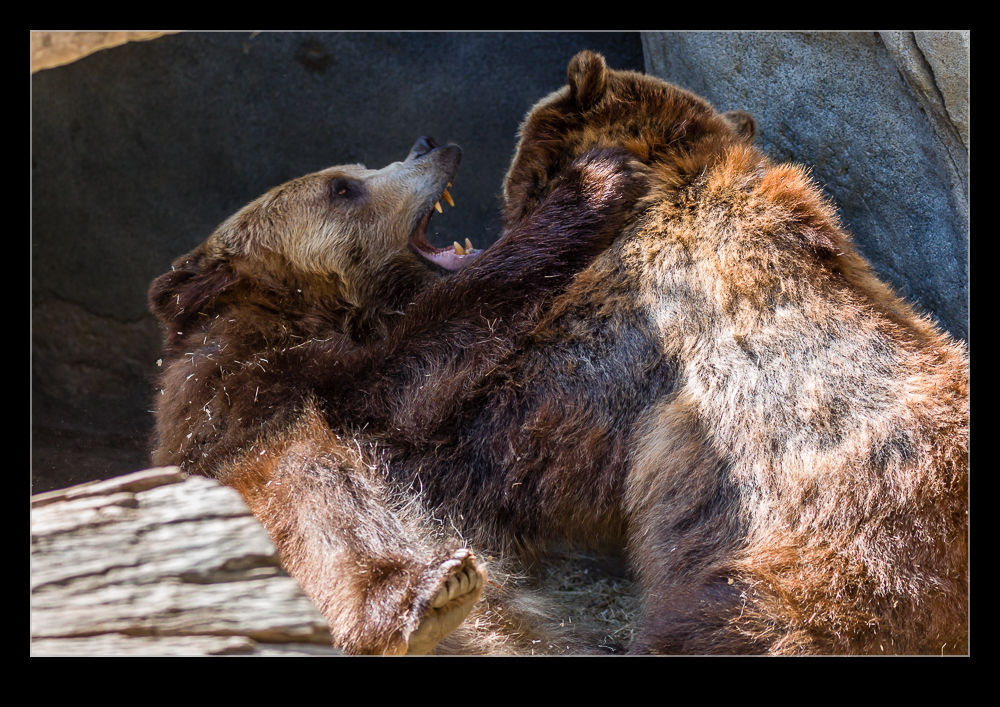 Bears are not known as being the most active creatures in zoo environments.   They may wander around sniffing for food or take a dip but they are just as likely to be sleeping as anything. Getting some more activity is, therefore, a reason for some celebration. The reason was that the enclosure had two Grizzlies that are brothers. Put two tough brothers together and guess what happens. They start fighting. 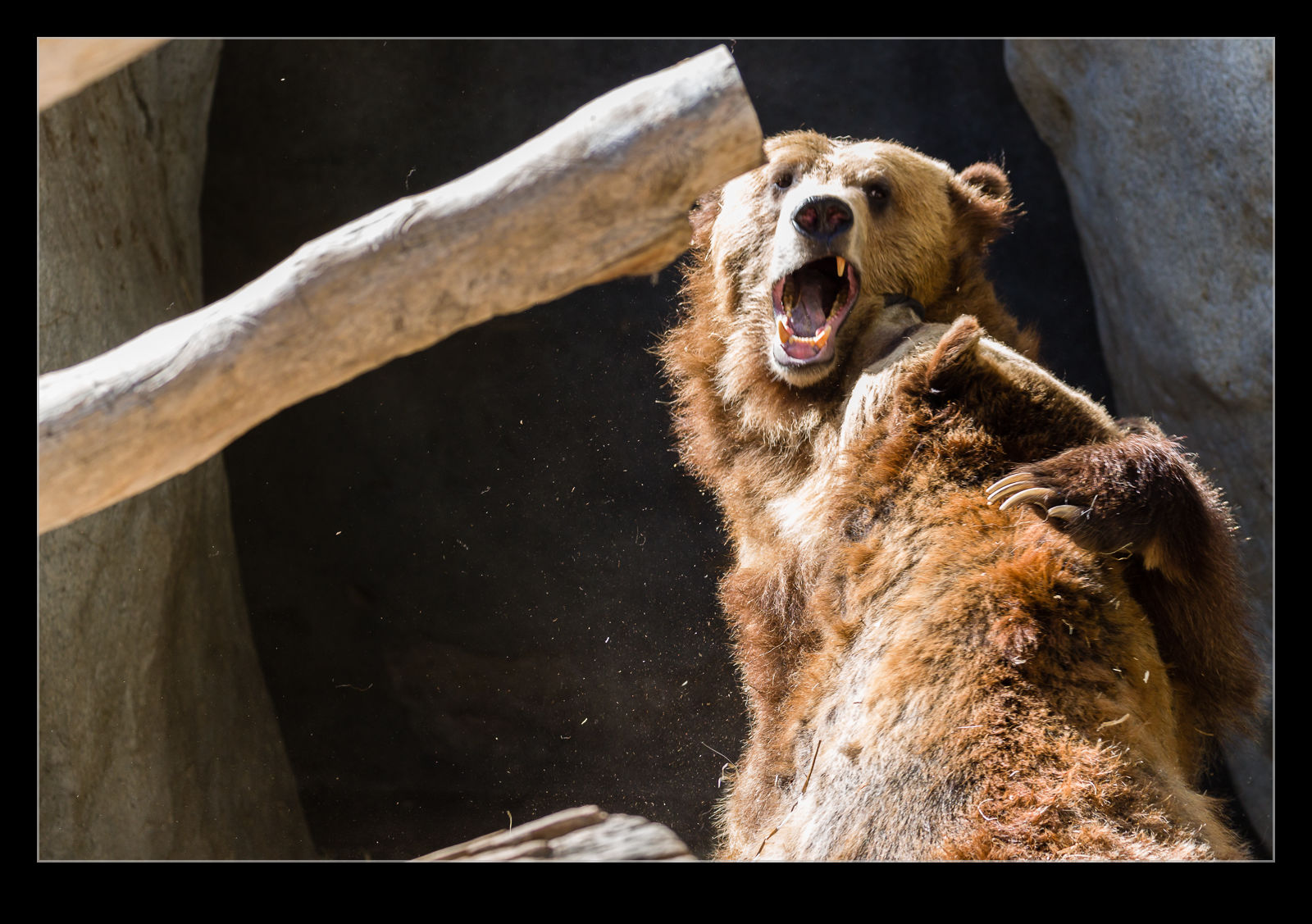 Nothing dramatic. None of this was serious. Just the sort of sparring that boys will do if no one stops them. Of course, they do fight behind some branches so you don’t have quite as clear a view as would be ideal. Even so, watching them wrestle and bare their teeth at each other was a lot of fun. 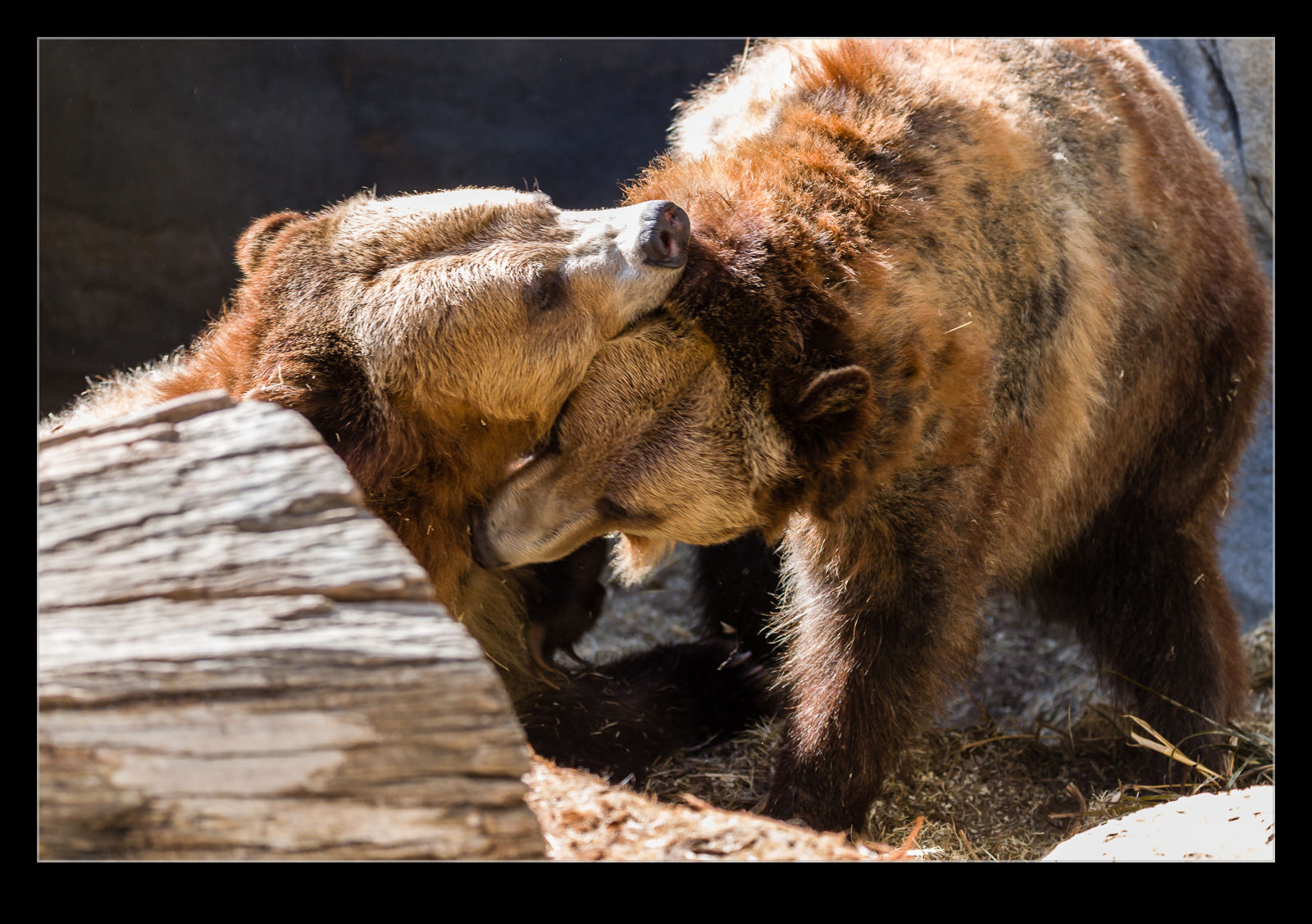 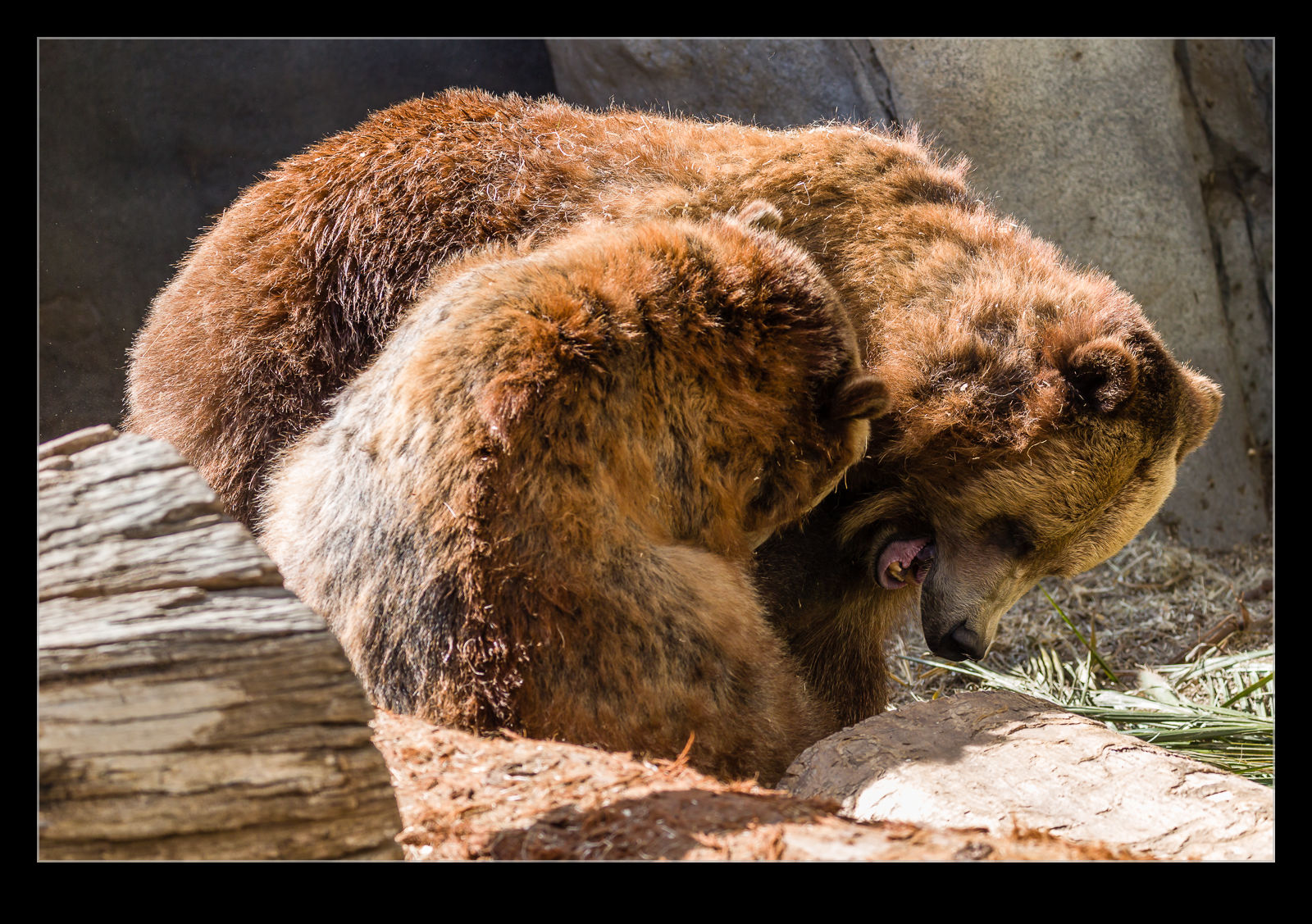 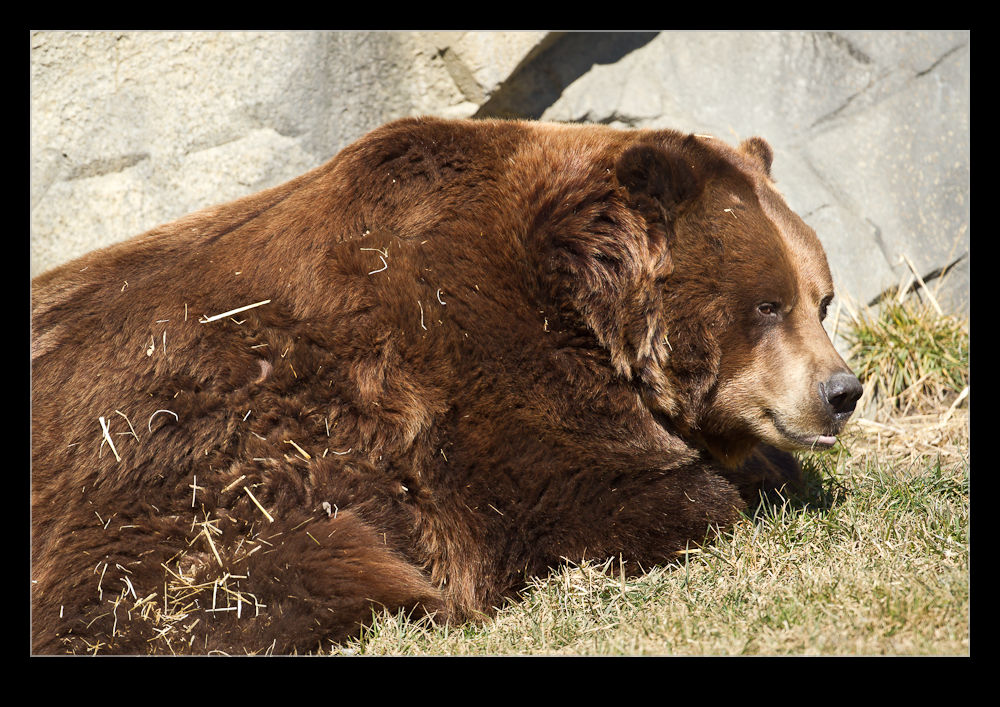 A sunny winter weekend is often a good chance to check out the zoo.  Since a lot of the animals are not fond of winter weather, there are only a few that will be outside at this time of year.  Consequently, the zoo doesn’t charge for entry so it is good for those after a cheap day out.  We are members anyway so it doesn’t make a difference to us but it is good to go anyway. 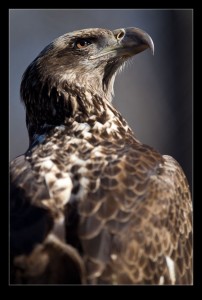 During our previous visit the Snow Leopards had been pretty active.  We were hoping to see them again – they aren’t too bothered by the cold – but we also wanted to see what else was about.  Since you aren’t paying, you can make a short visit without feeling like you should make a full day out of the admission price.  As it happened, the Snow Leopards were soundly asleep while we were there but there were other things to see. 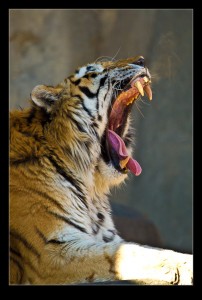 The Tiger was showing more action that is normally the case.  This is one cat that likes to sleep.  However, we timed our arrival well and saw a fair bit of movement.  Tigers are also fine with the cold of course.  Bears are similar.  Both Polar Bears were about and one of the Brown Bears was wandering around its enclosure. 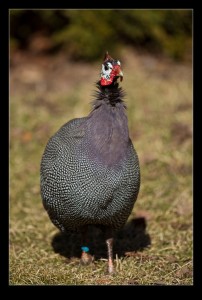 We also saw a few birds wandering around the place.  The Pelicans were out near one of the ponds and another group of birds (I am thinking Guinea Fowl but you can correct me if I am wrong) were also strutting around.  The light was very nice so not a bad afternoon. 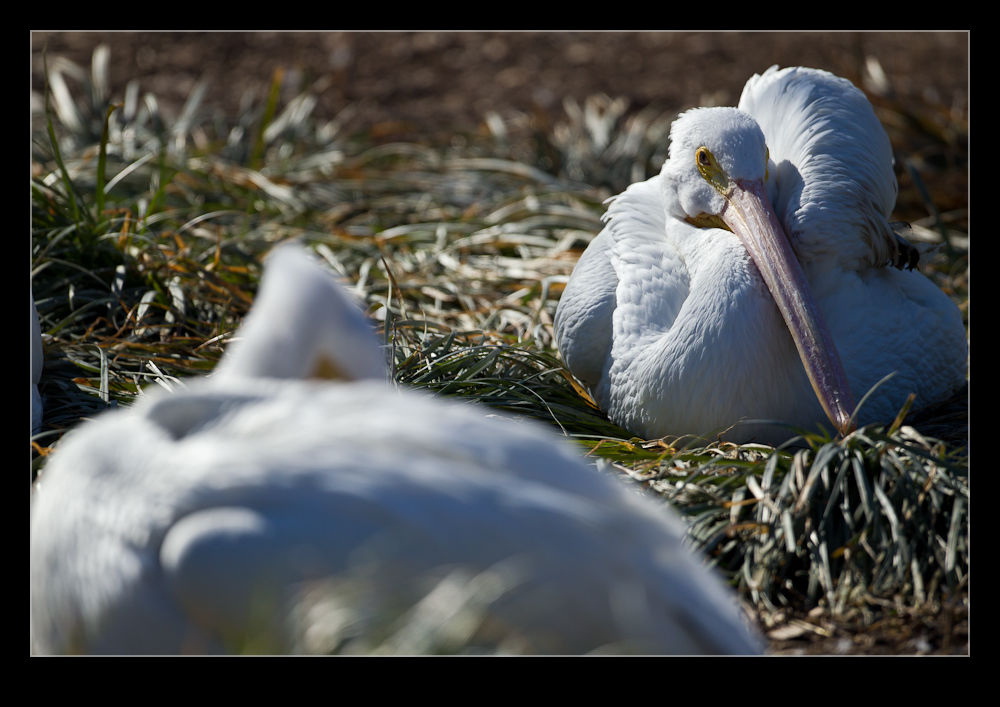