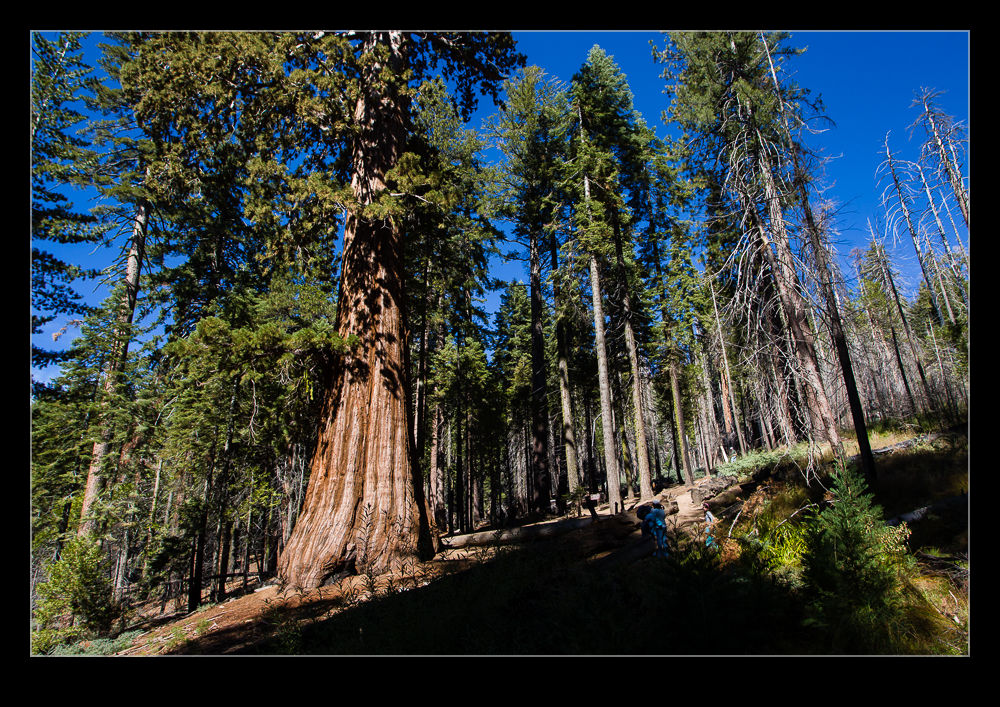 The last time I was in Yosemite, it had just snowed and so the access to Mariposa Grove was cut off.  It is a shame since visiting the groves of sequoias is one of the high points for me.  The redwoods at the coast are impressive, certainly, but they don’t have the massiveness that the inland relatives have.  Previously I have taken the tram ride around the grove so this time I decided to walk it.  It was a pleasant temperature but the altitude is a bit of a factor so there were times when I was wondering whether my plan was so clever. 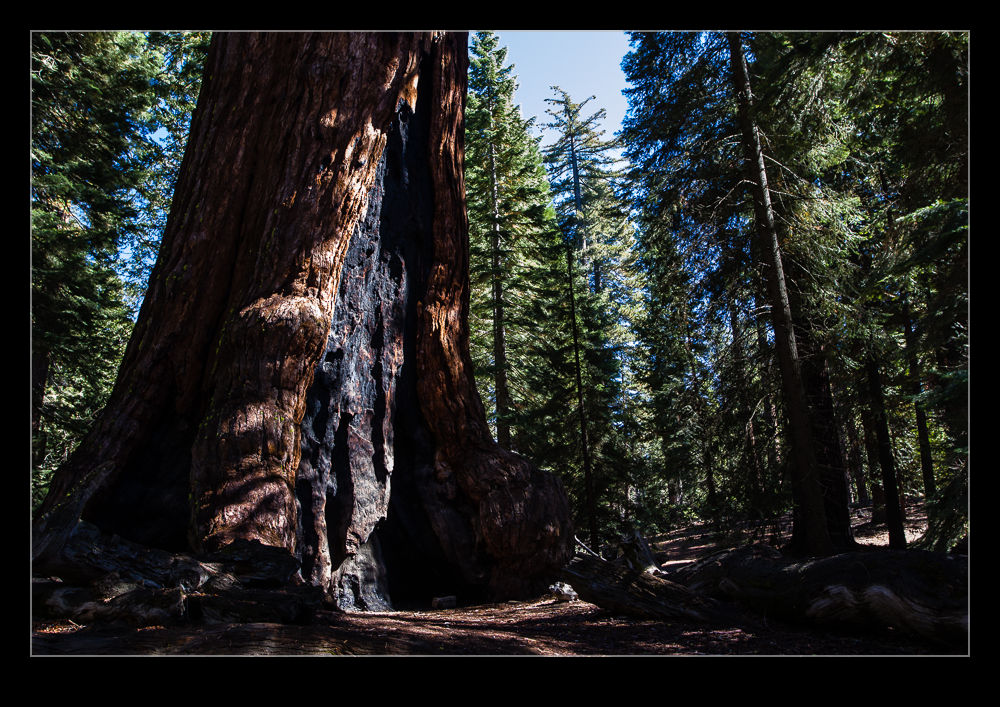 However, the nice thing about the grove is that you are heading downhill when you are on the way back and suddenly everything seems a lot easier.  Walking does give a great way to experience the whole place at your own pace as well as see some areas that you wouldn’t see on the tram.  You also get some exercise! 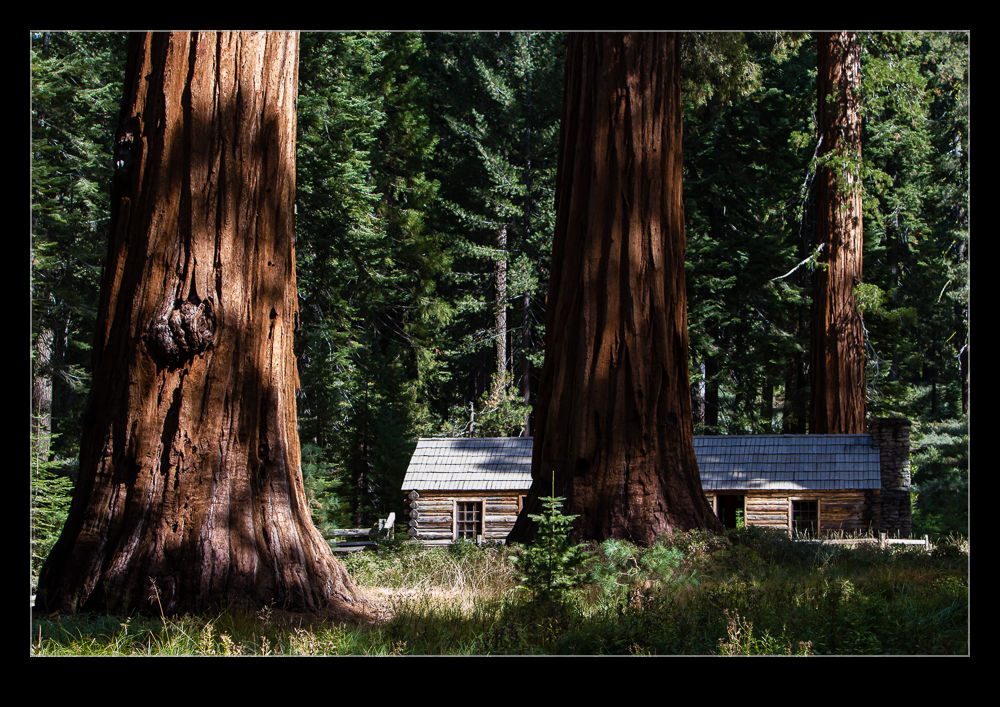 The lower part of the grove has some big trees but not as many as the upper grove.  Getting up there allows you to be surrounded by some enormous living things.  Every once in a while, I had to look at a normal tree (big by most standards) to remind myself just how much bigger the sequoias are.  They are vast!  Again, this is a tricky thing to accurately portray in photographs.  However, sometimes you just have to enjoy the prettiness of it all.  Having something in to scale it every once in a while helps too of course. 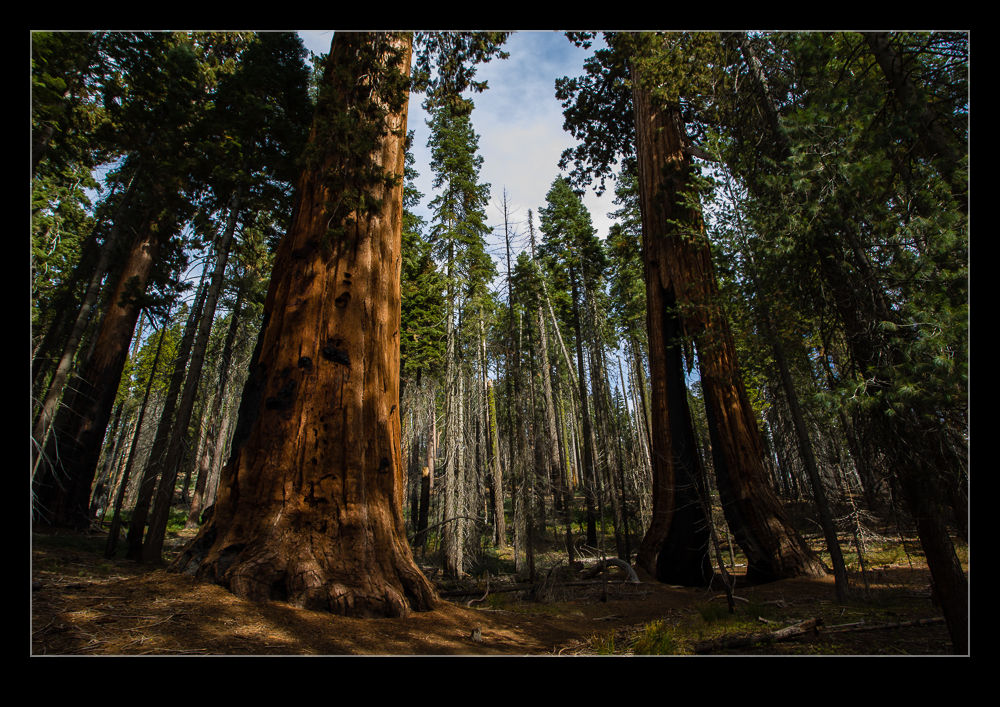