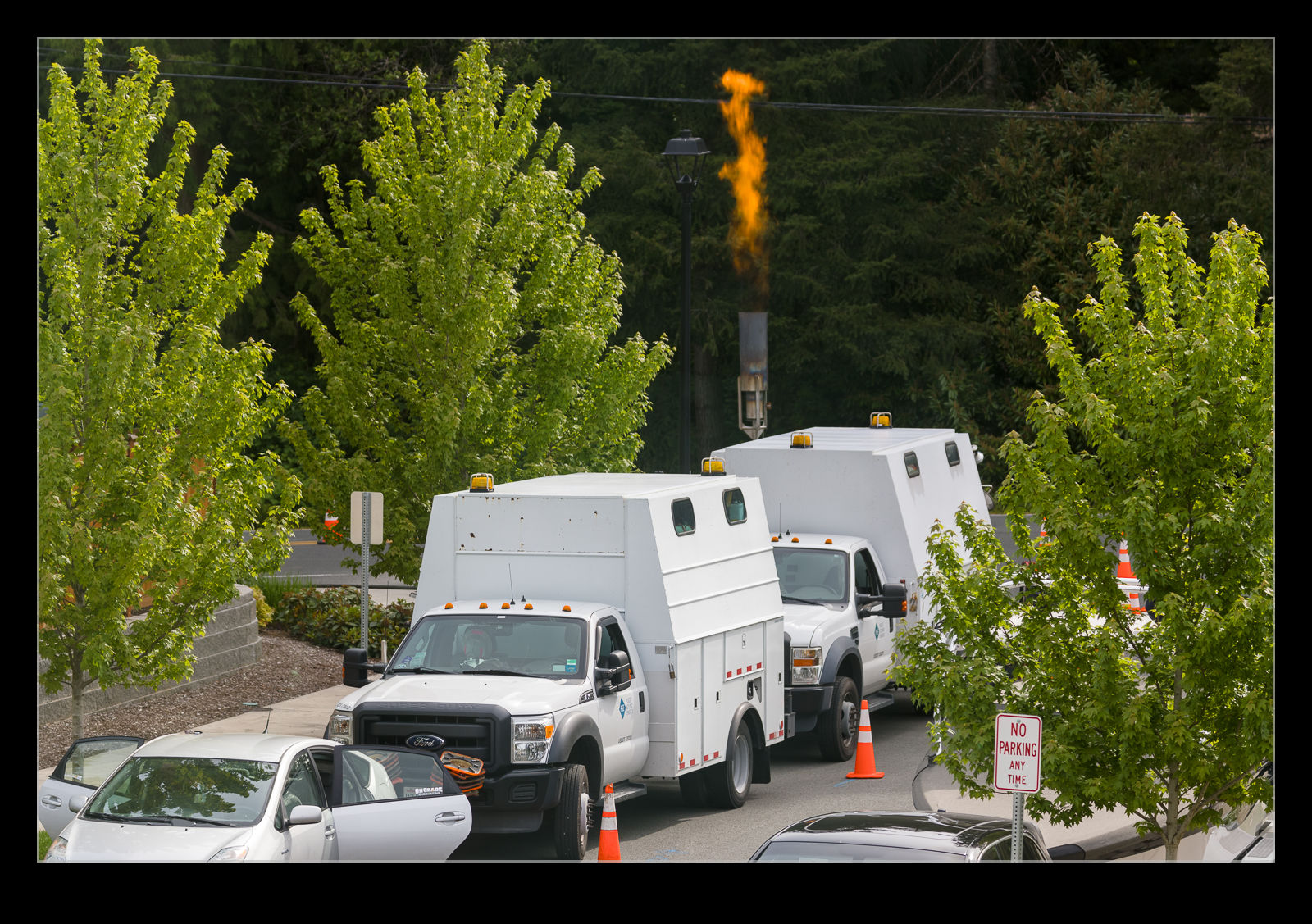 Working from home introduces you to sounds from the street that you never normally hear when you are there outside working hours.  Nancy knows all of these things since she hears them all the time but they are new to me.  However, we were both taken aback by something that sounded like a roaring noise.  I had to investigate.  It appears that the power company was doing some work digging up the road outside our street.  I guess they had to cut in to a gas line and they had set up some device, presumably to burn off excess gas before continuing their work.  It was only a brief event but a noisy one! 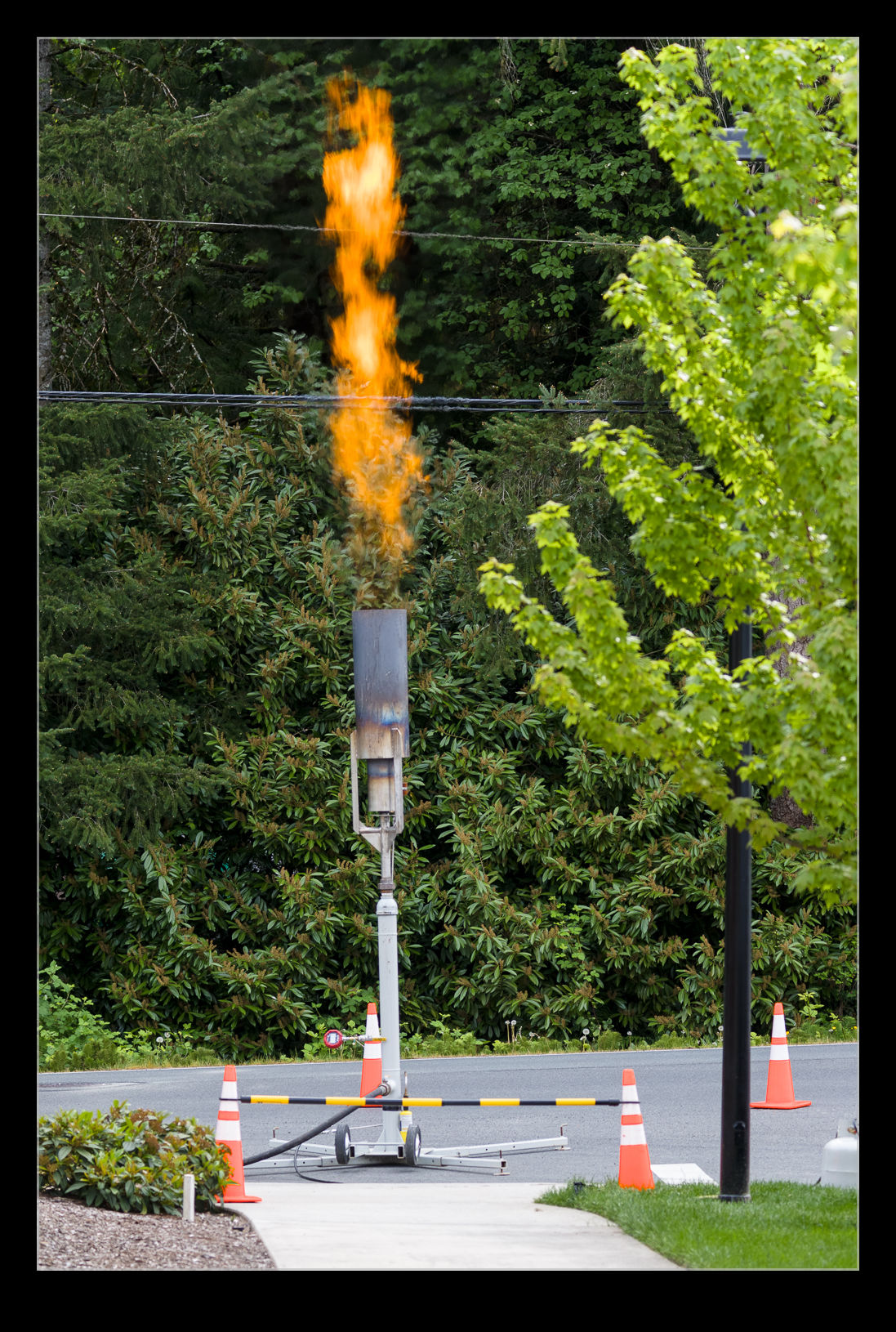 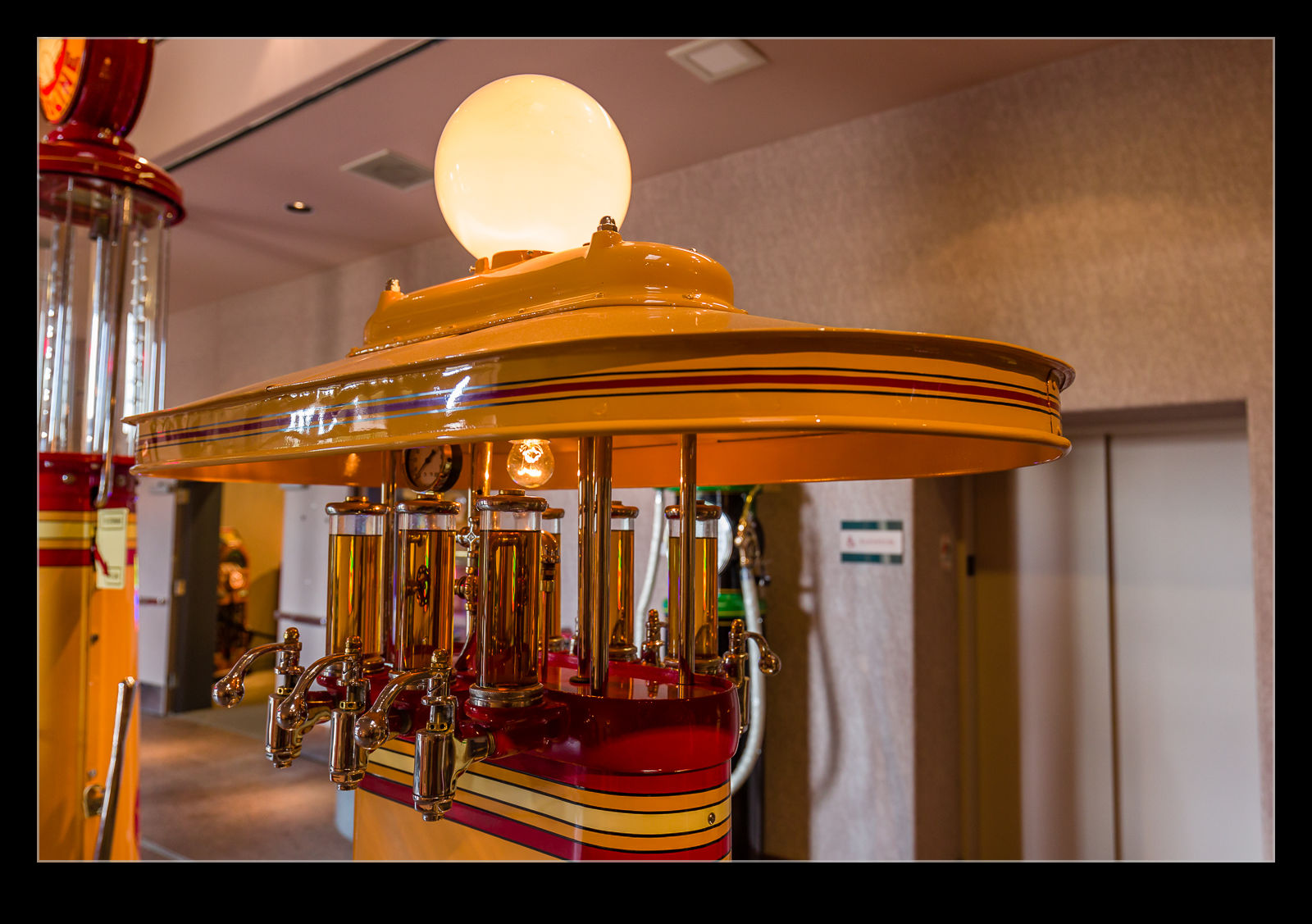