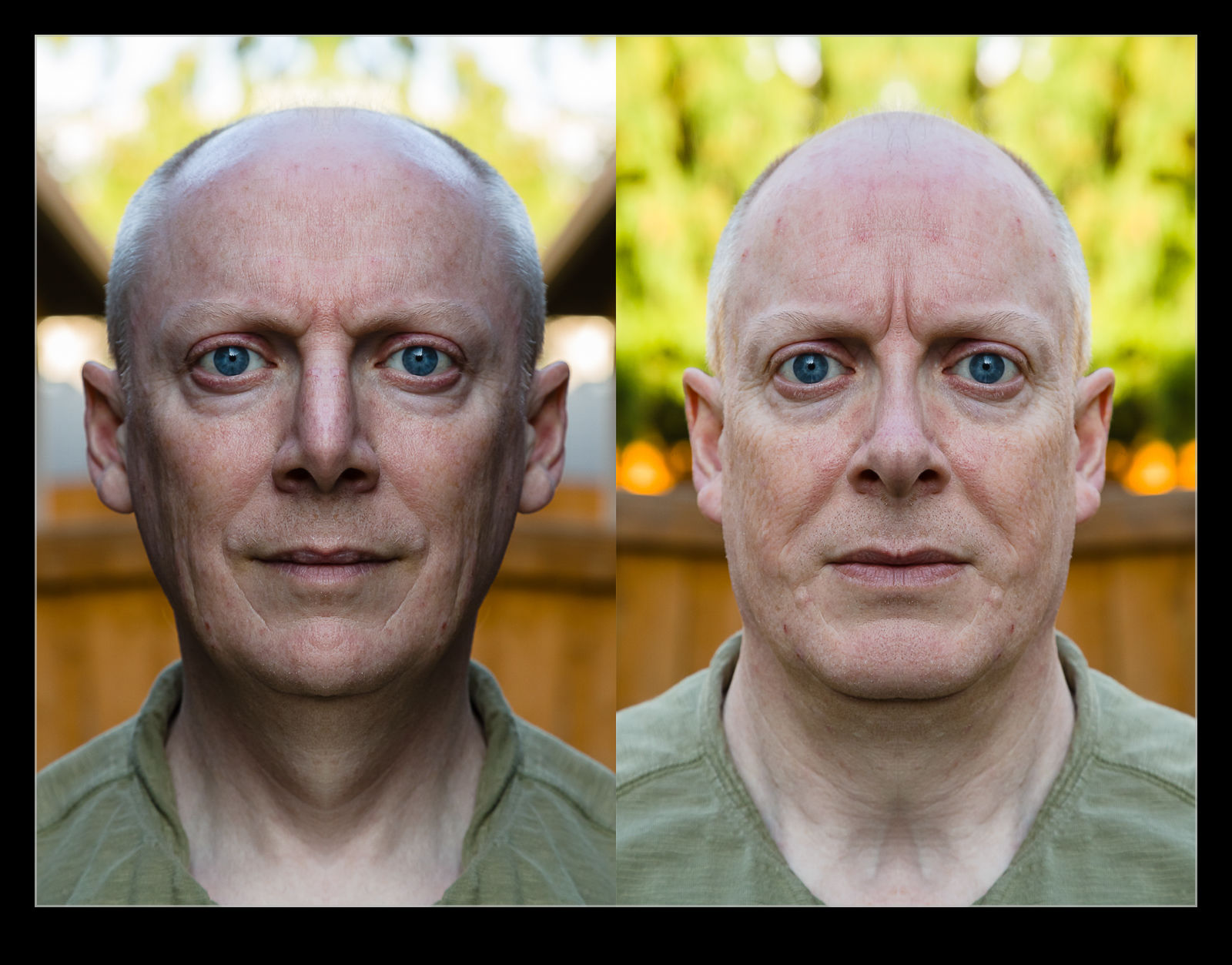 After four months of no hair cut, I finally managed to get some clippers and set about cleaning up my head.  I won’t share the awful look that I had developed (and the current look might not be that great either) but I did have Nancy take some pictures before and after.  While she was taking the after shots, I asked her to take a couple that were directly head on.  I was interested in facial symmetry.

I had seen articles in the past about how some people have quite symmetric faces while others didn’t and I had been meaning to try this out for myself.  I got a shot that was nice and head on so took it in to Photoshop.  There I duplicated the layer and flipped it horizontally.  Aligning it centrally was a bit of a choice because you can move it around a little and just widen or narrow the face.  I got it to a place that seemed about right.  The fact my face is asymmetric means that there isn’t an exact center to align against.

I then added a layer mask to two versions of the image to blank one side or the other out.  The result is two versions of my face using either the left or the right side.  The difference between them is quite stark.  My jaw is slightly lopsided as is my nose and so one version has a far broader look to it while the other is a lot thinner.  It’s like two different people.