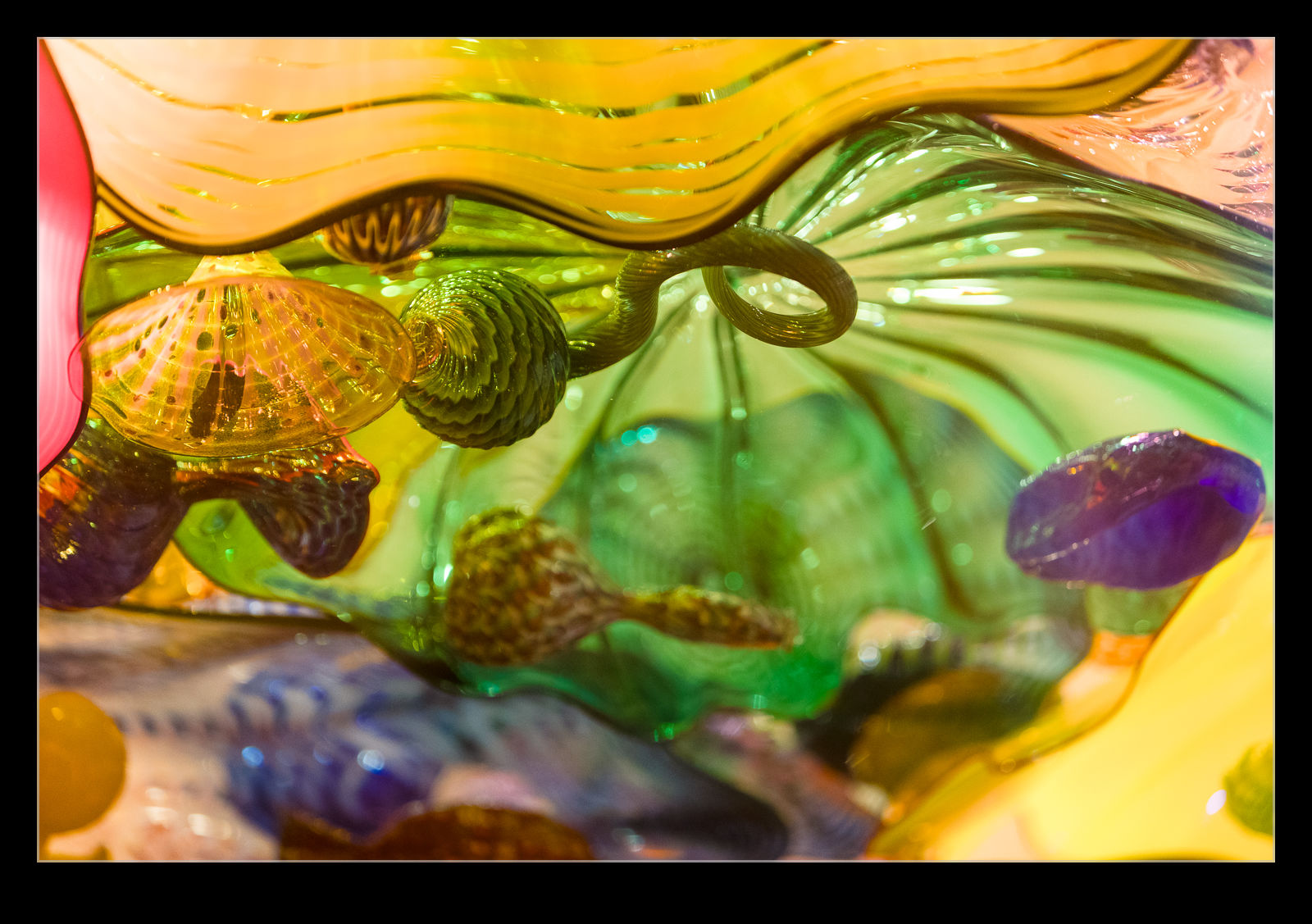 With new visitors staying, we were back at the Chihuly Museum in Seattle.  Since I had photographed there a few times already, I thought I would take in a different lens and just use that to try and get something different to that which I had shot before.  I took the 70-200mm f/2.8 lens with me.  First, the big aperture would be good in the dim conditions.  Second, that wide aperture would allow me to play with some shallow depth of field (the longer reach of the lens helping to enhance that effect) and lastly, that longer focal length would mean I could experiment with tight crops or longer views across galleries. 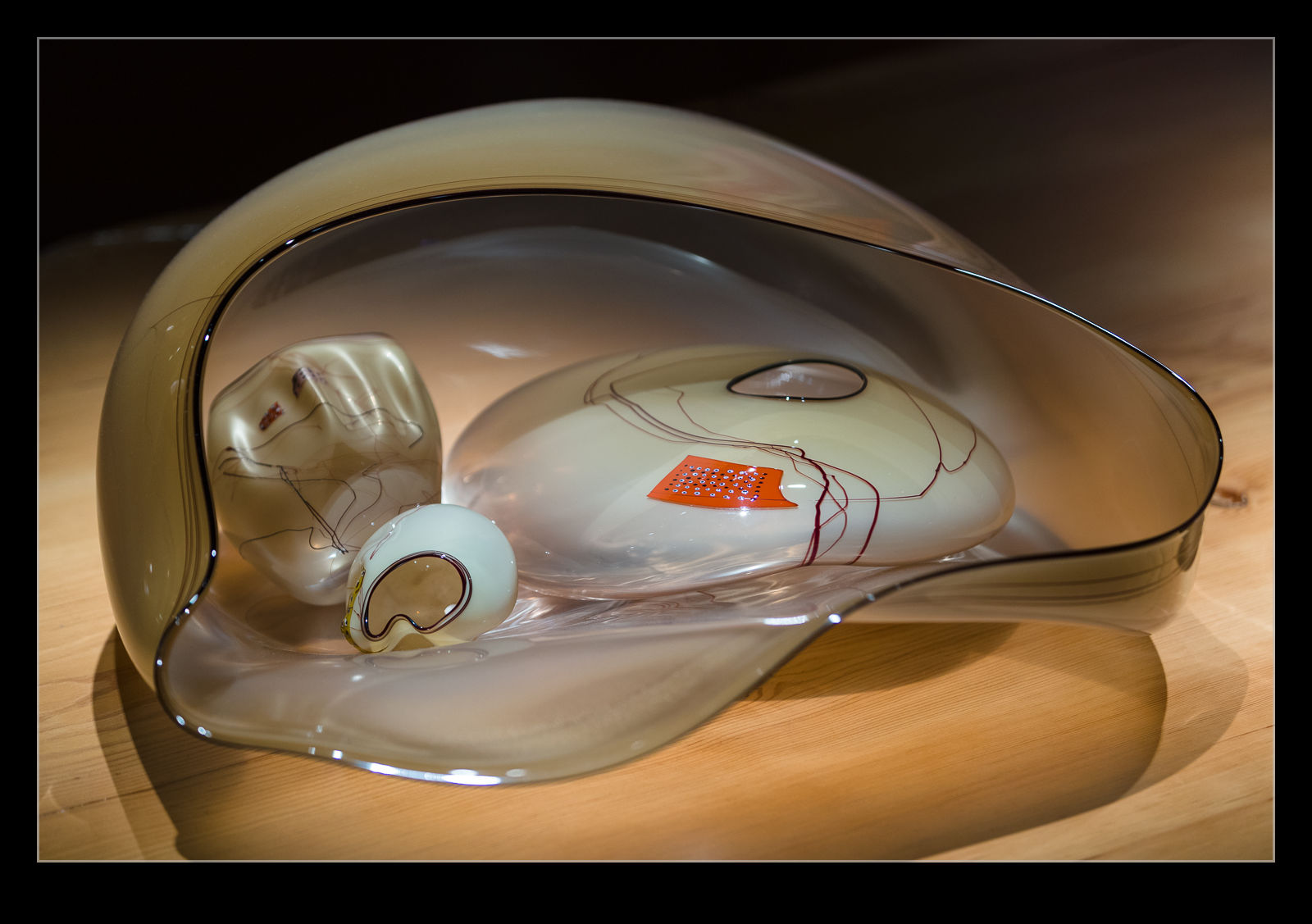 Here are a few of the shots I got as we walked around the galleries. 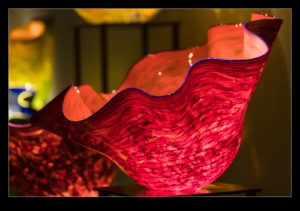 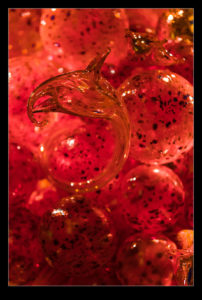 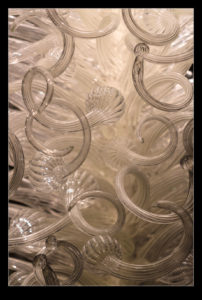 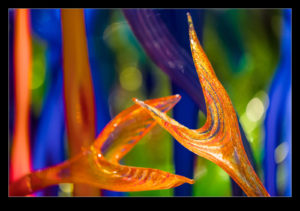 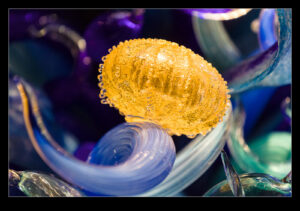 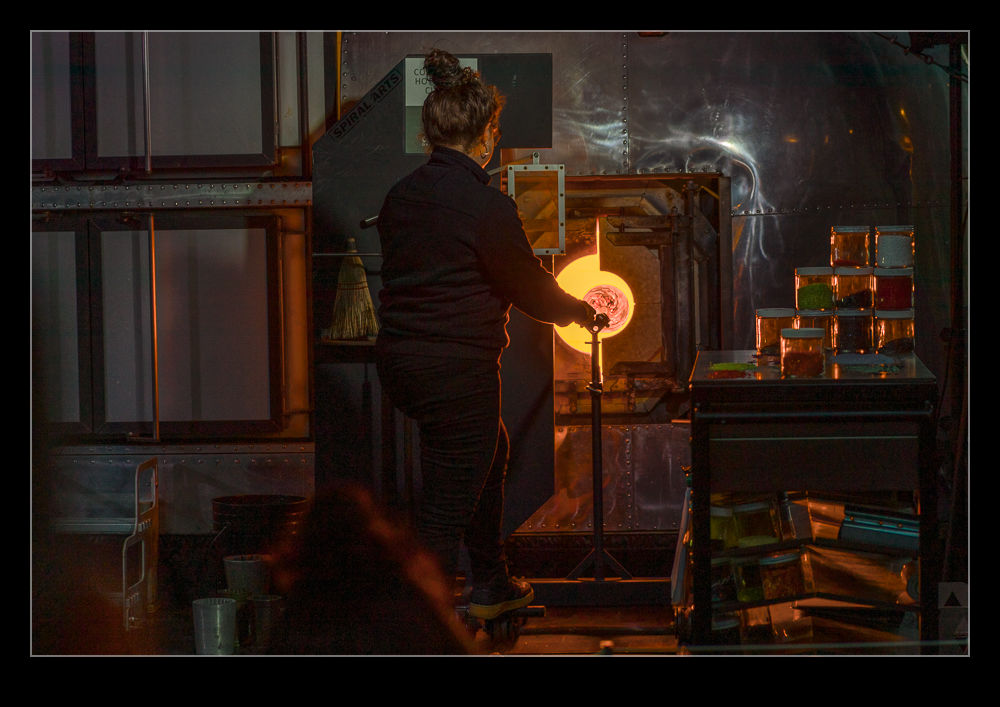 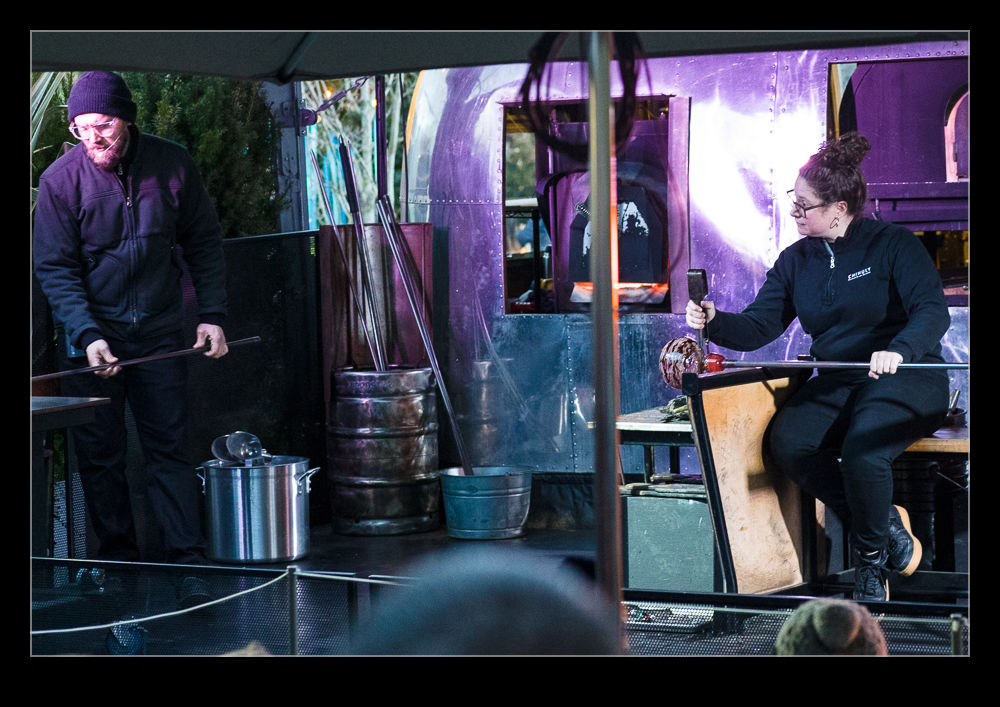 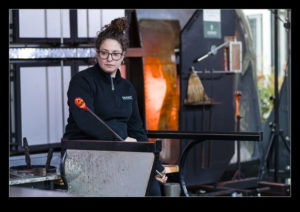 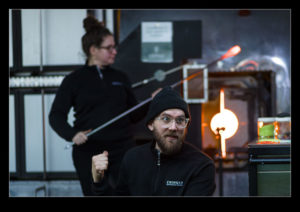 This previous post included many shots from a visit to the Chihuly Museum in Seattle.  In that post I mentioned how it closed around the time it was getting dark and that a return trip during the winter would be in order.  With my mum visiting at Christmas, that’s exactly what we did.  We timed our visit to be later in the day so we would be there once the sun set.

The transition from light to dark brought a lot of options in the gardens.  Not everything was illuminated so some elements were okay while there was some light remaining but then were gone while others were only gently illuminated and only really showed the effects well once dark was fully upon us.  The view back to the museum was also interesting as it changed and I did go back inside often to see how the move from external to internal lighting affected the glass works on display in there.  Hopefully these shots give you a sense of how things look as darkness descends.

For the longest time I wasn’t interested in visiting the Chihuly Museum in Seattle. I had seen some glass installations outdoors and the rather bright and garish look of them put me off the idea of seeing the collection. It just didn’t look like my thing. Then, when we had visitors that were interested in going, a trip was inevitable. I have to admit, I was very wrong. What I had seen a glimpse off was in no way representative of the collection as a whole and I was most impressed by what I saw.

First, there was a lot of variety in the art. Some of it was more to my taste than others which is only to be expected. However, all of it was interesting. The layout of the exhibits gave you plenty of space to enjoy them and, while the place was popular, I rarely felt overcrowded. Much of the work was much more subtle than I had anticipated and the forms and coloring were most impressive. Other parts were a bit more dramatic but still very cool.

While much of the work was indoors, there was a selection outside and these were nicely integrated into the gardens. The blend of the colors and the reflections of the surrounding structures in the surfaces were interesting for some while others were just interesting shapes. The potential of lighting them is something that was apparent but closing time was around sundown, so we only got a hint of the illumination. We shall return in winter to see how the lighting looks.