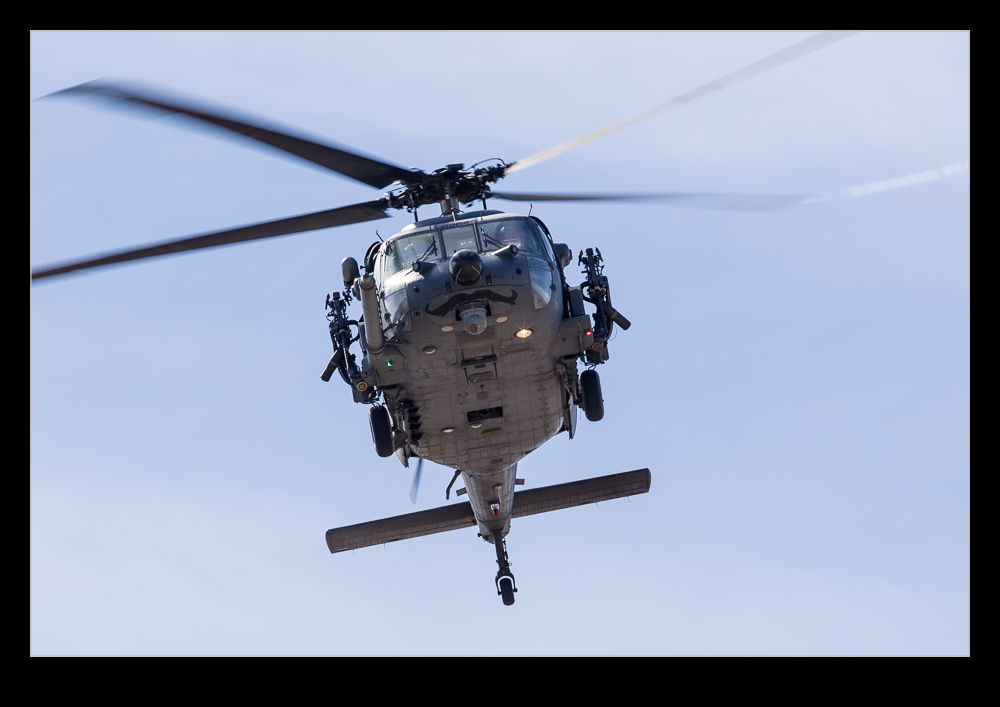 A combat search and rescue element is usually included in Red Flag.  The HH-60 Pave Hawk is the usual resource used whether from the locally based unit or from a visiting outfit.  When you are set up for the jet action, the helos don’t tend to come anywhere near you.  They depart perpendicular to the runways and then head off on course.  Two things were different for me on this visit.  At one point Paul and I were checking out some other areas when the Hawks launched.  We were pretty much directly in the flightpath so we got a good look at the pair as they flew over and headed off to the ranges. 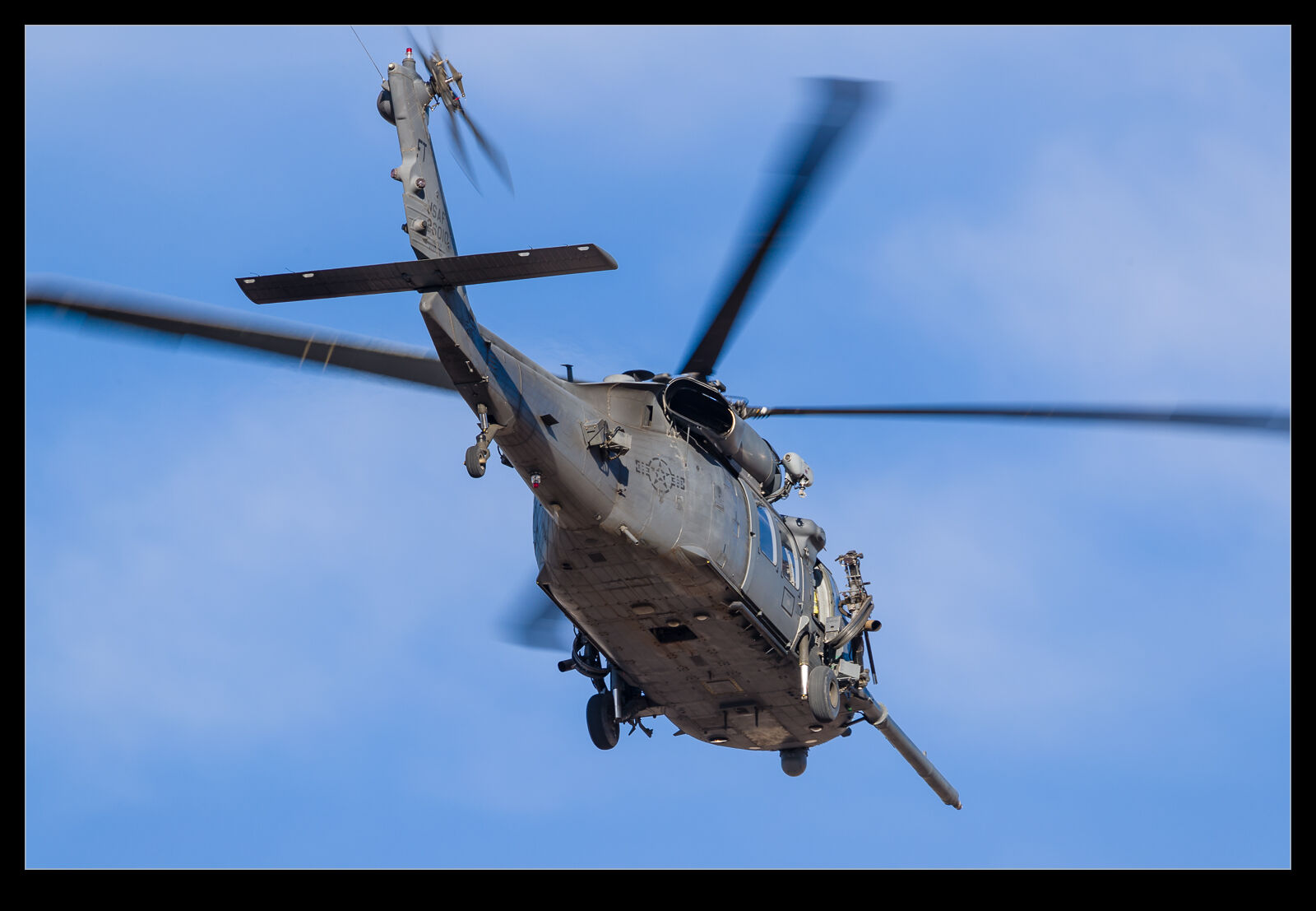 The other change was that on both days we were there, they turned early and flew out directly over our location at the Speedway en route to their exercise are.  I hadn’t seen this before.  I was surprised the first time and even more so the second.  I assume this was good luck on our part to have them come so close but maybe they were actually following us rather than the other way around? 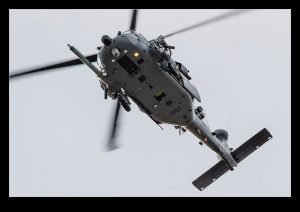 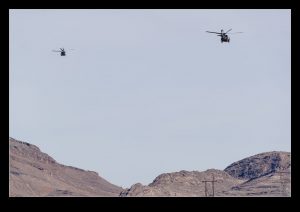 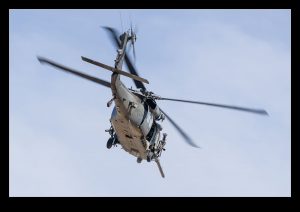