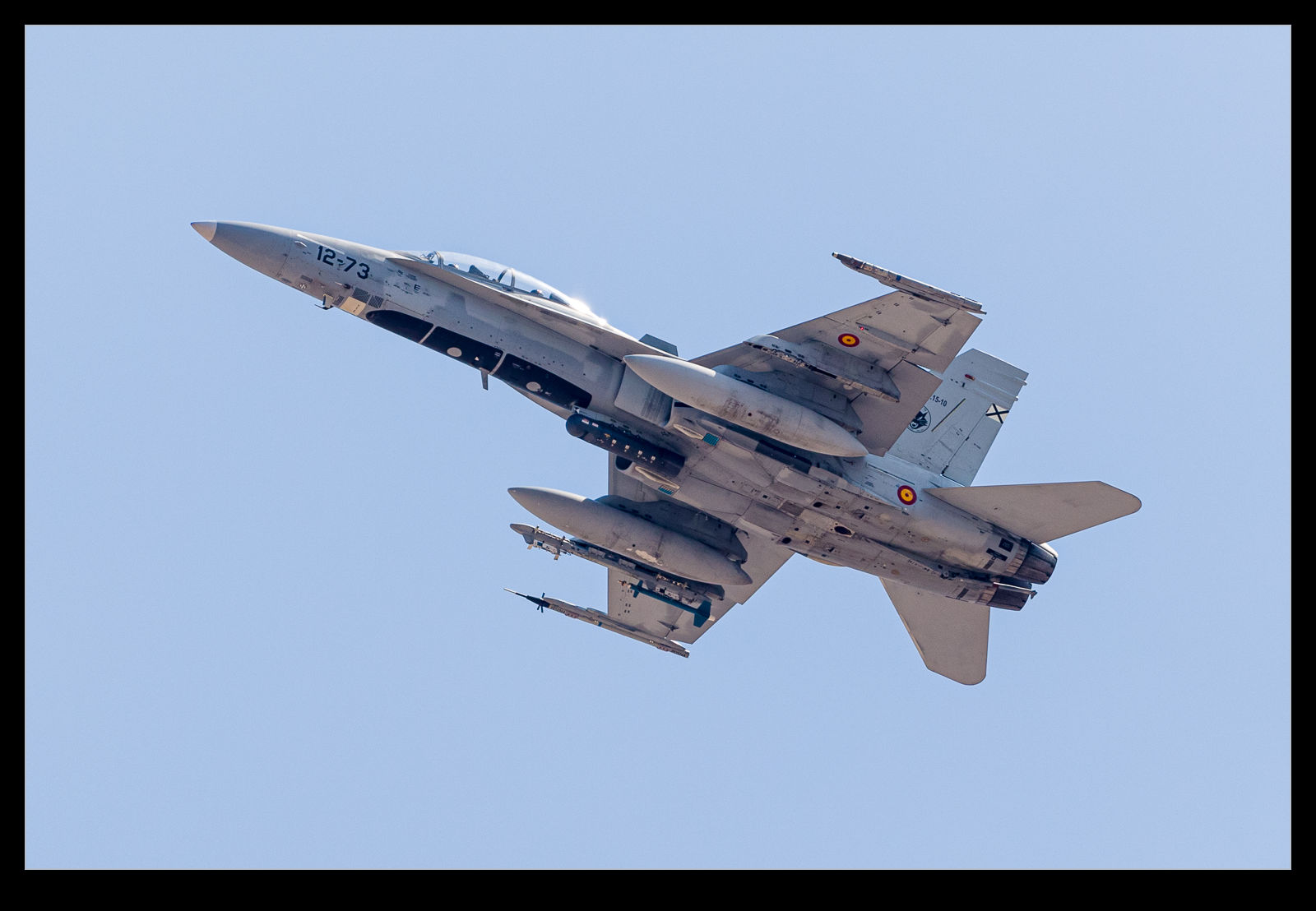 When the Canadian Hornets first came into service, they introduced the fake canopy on the underside of the front fuselage.  This was a painted outline of the canopy.  The idea was that, on the heat of a dogfight, the opposing pilot might be confused about the orientation of the jet and think it was coming towards him rather than away as a result of seeing this canopy. 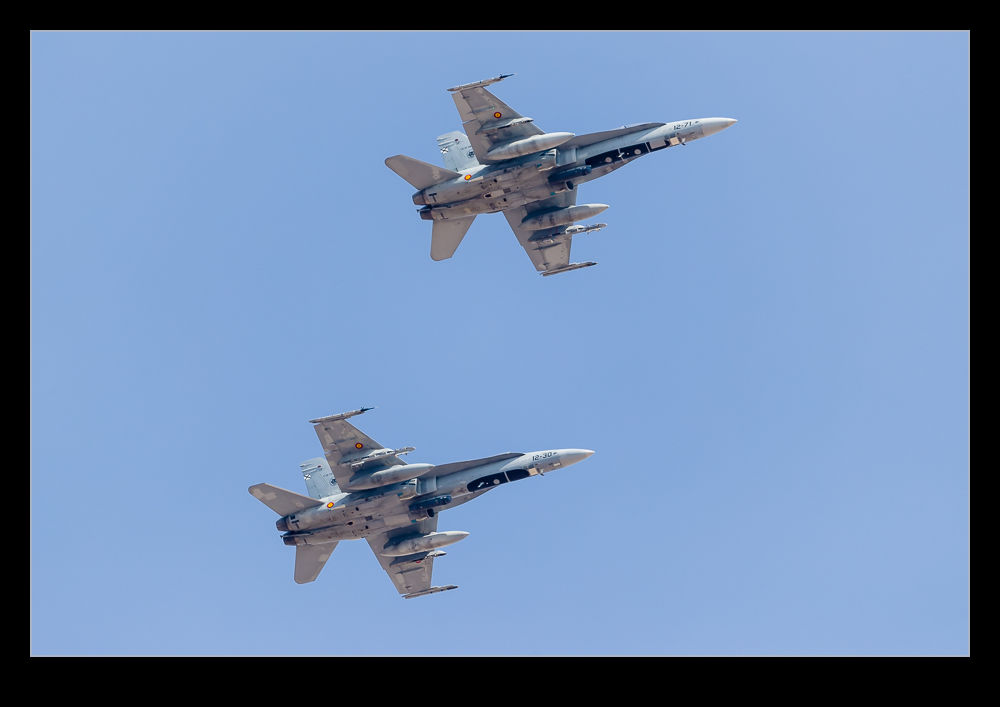 The US Hornets never had this on the fleet jets but it appears that the Spanish Air Force has adopted it for theirs (although not all of the jets are so painted).  I heard a rumor that the Canadians have some rights on this and other users have to pay for it but I have no idea whether there is any truth to this or not.  However, their jets certainly do have the canopies painted on the fuselage.