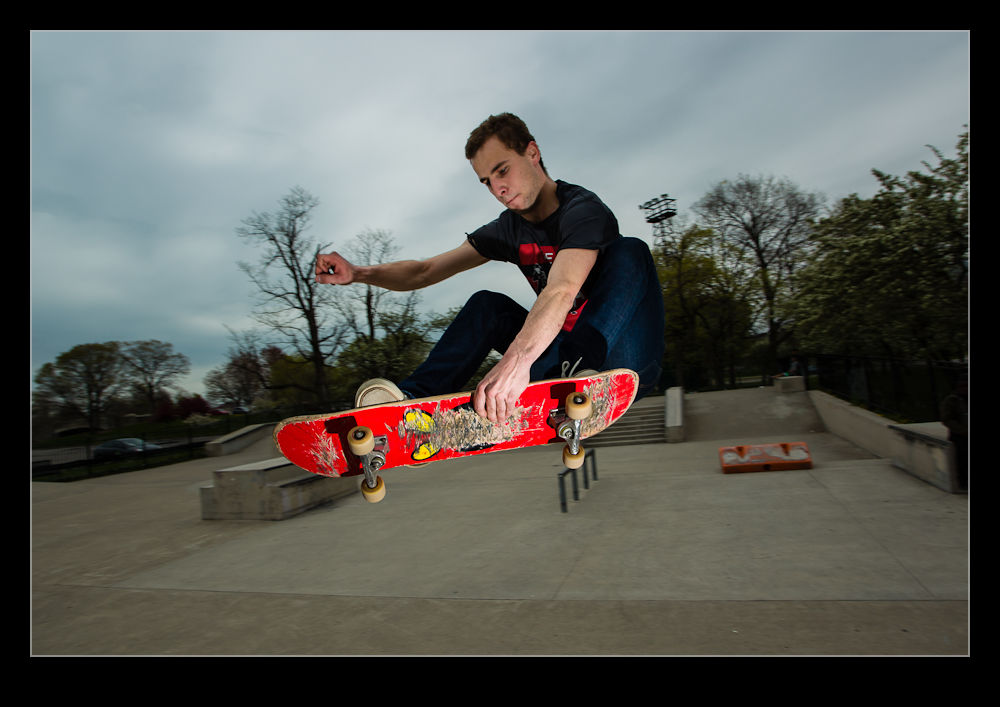 Some time last year I wrote a blog post about photographing some guys jumping bikes in a park here in Chicago.  If you want to check that out, this is the post.  I had been inspired by a great book by Syl Arena on flash photography and what can be achieved to freeze fast action and to add drama to the shots.  This has also got me interested in trying another sport, skating (the skateboard variety, not ice).  They are a couple of skate parks along Lakeshore Drive in Chicago, one north of us and one south.  I had never before managed to time it right to get to one of them but finally I have done it. 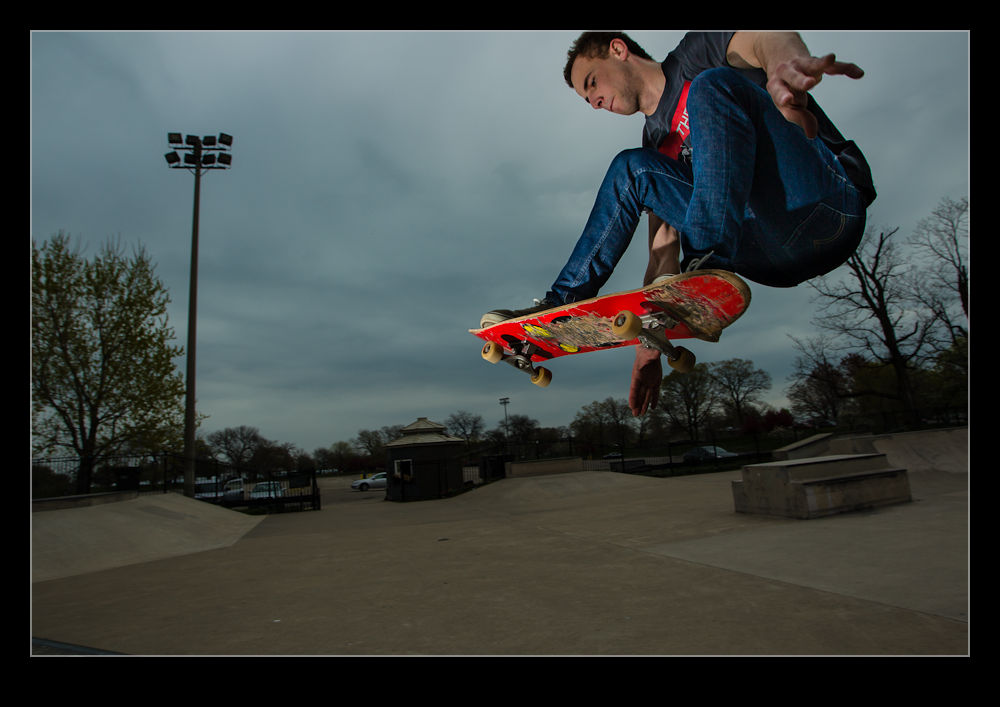 I got the park and a few people were skating around.  I watched for a while to see who was a more comfortable skater before asking whether anyone would let me take their picture.  One guy, Konrad, was kind of okay with the idea but seemed a bit skeptical.  Most other people were not keen.  Konrad had one location he had been making some good moves on so we set up there.  We grabbed a few shots from different angles with me mainly using a single light triggered by cable rather than IR.  This is tough stuff to do so you can’t just have them do it over again until you are happy.  They get worn out. 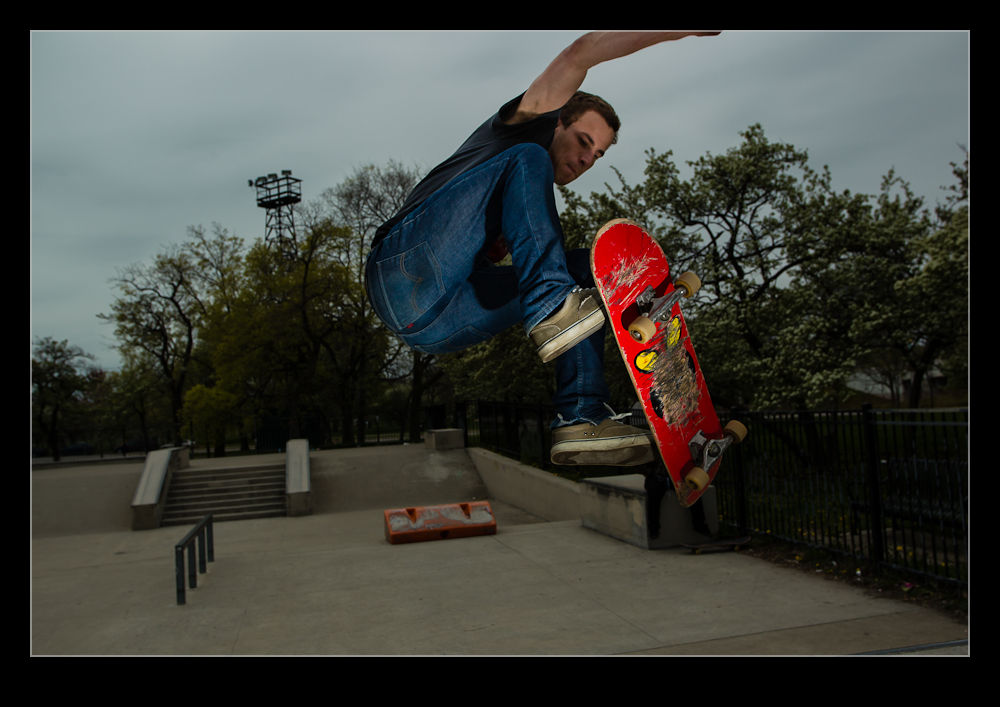 We grabbed a few shots and then Konrad went off to skate some other parts of the park.  When I got back, the shots were not too bad.  The use of a single light was not ideal as, with the deck in front you get quite a shadow cast.  Also, it reflected strongly which tended to limit the light on him.  Two lights will definitely be better.  Fortunately, a little work in Lightroom managed to enhance the balance on him a bit.  A first time out and not too bad.  Plenty to improve on next time though.