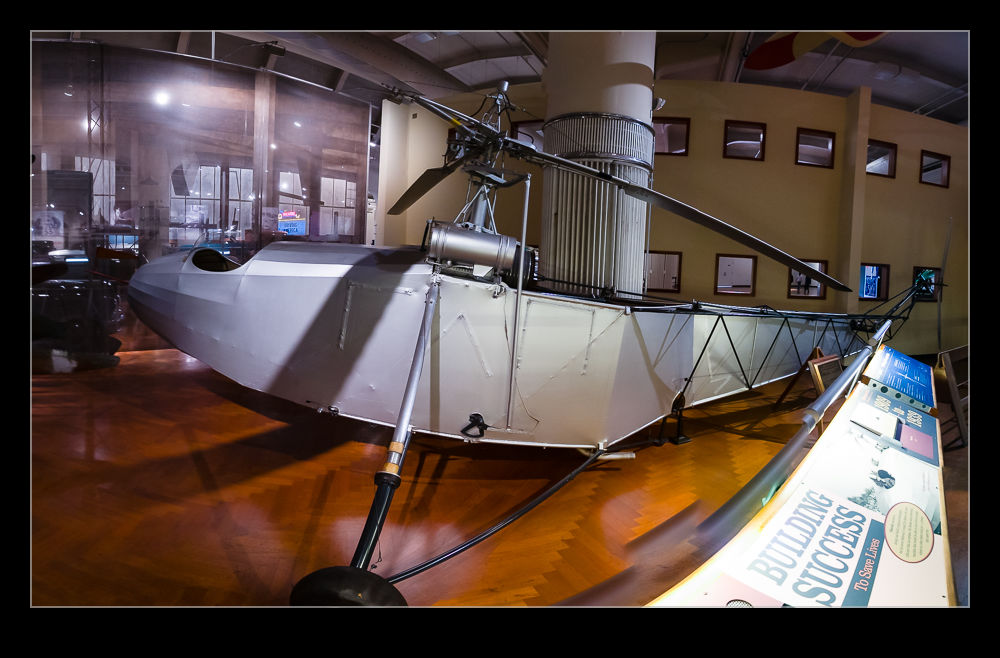 Igor Sikorsky is well known as a developer of helicopters even though his early work was based on fixed wing types.  The airframe he developed to demonstrate practical rotary flight was the VS-300.  This helicopter went through a number of design changes over its life including upgrades to the cyclic system to make it more controllable.  When testing with it concluded, it was donated to the Henry Ford museum in Michigan and that is here I saw it.  It is a historic landmark and hugely significant.  However, it is stacked up in a display behind other artifacts, so it is actually pretty tricky to photograph.  I tried making a pano of it to avoid the things in front with some success. 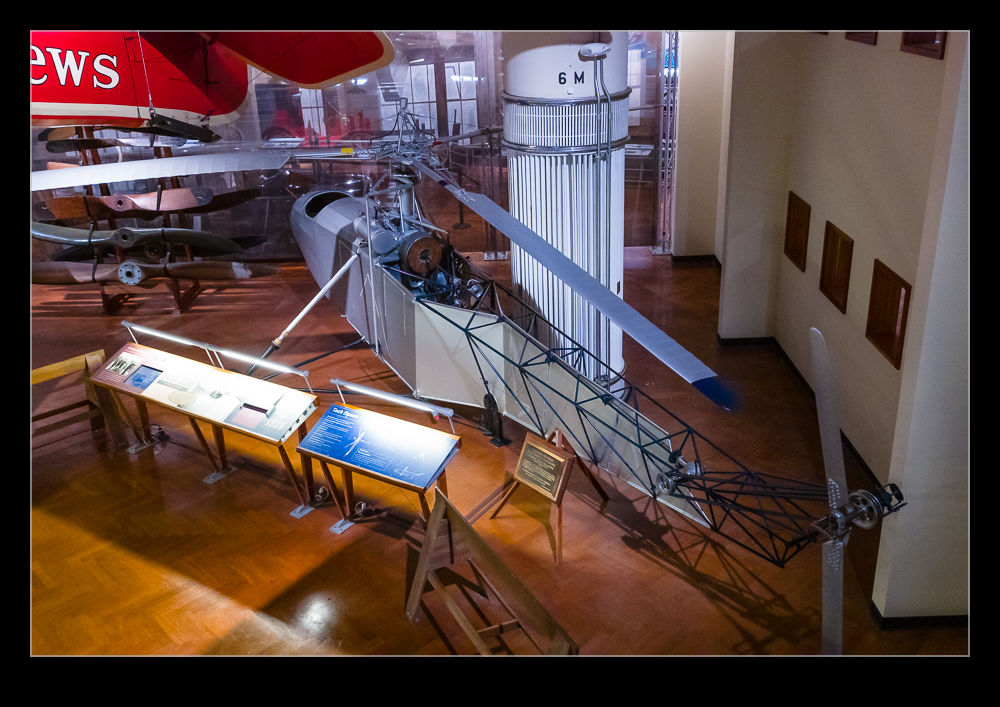