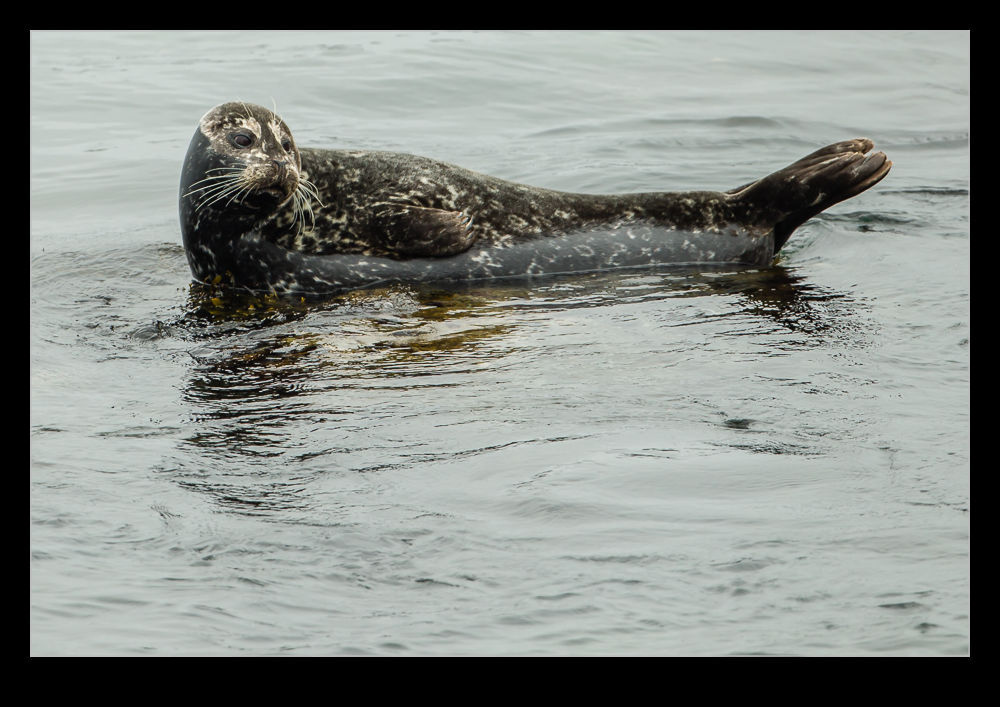 Our coastline jaunt took us further south to Monterey.  We have been there before a couple of times on vacations so almost didn’t go but I was tempted to see whether there were any Sea Otters mucking around close to shore.  As it turned out, either there weren’t or they were doing a good job of being somewhere other than where I was. 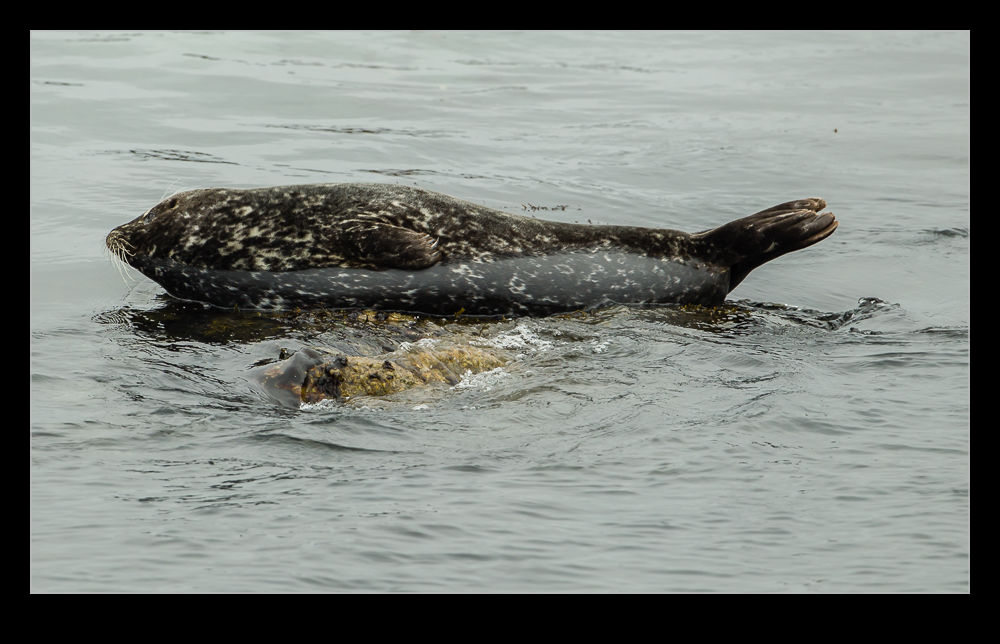 However, there were a couple of seals hanging around in one inlet.  Sea lions are very common along this coastline and seals are not rare either.  However, I always feel like the sea lions are more conspicuous and seeing the seals somehow feels more unexpected.  Given how many there are, this is probably a dopey thing to think but that wouldn’t be a first for me.  Anyway, one of the seals was resting on a rock while another was swimming around.  It’s possible there were two different seals in the water but I couldn’t be sure so I shall only claim one covering a fair bit of ground.  While they are ungainly creatures when out of the water, they can certainly cover some distance in a hurry once in the water.  I got the feeling the one in the water wanted the rock but it didn’t look like he was going to be lucky any time soon!