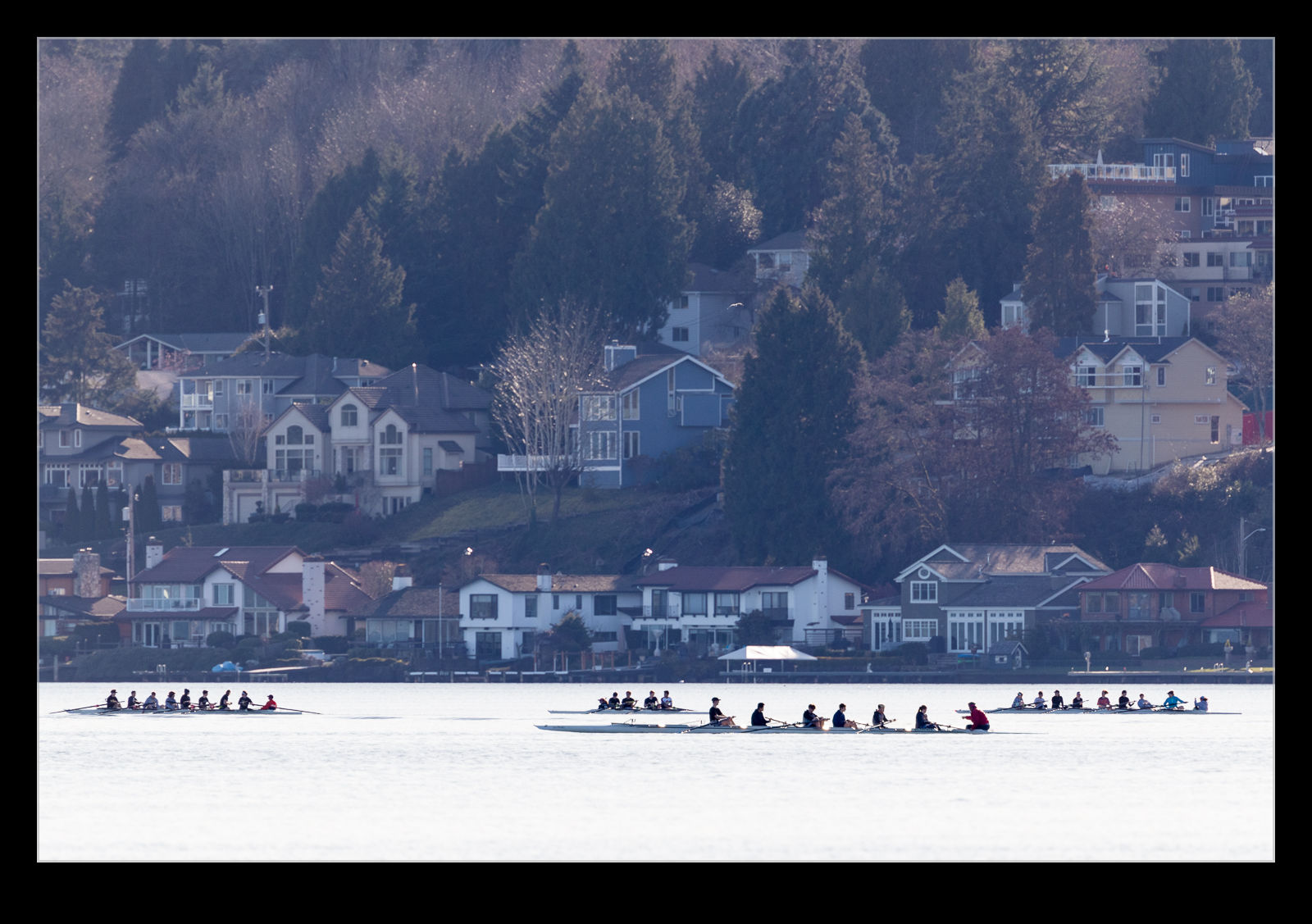 It was a nice evening after work and Nancy was on a trip that meant she would be home later than me so I figured I would go and hang out at Log Boom Park and see what was going on at the top of Lake Washington.  It might be wildlife and it might be floatplanes so I have a chance of something.  I actually ended up seeing a bunch of crews in training.  I don’t know whether they are from the university or a local club but there were plenty of them. 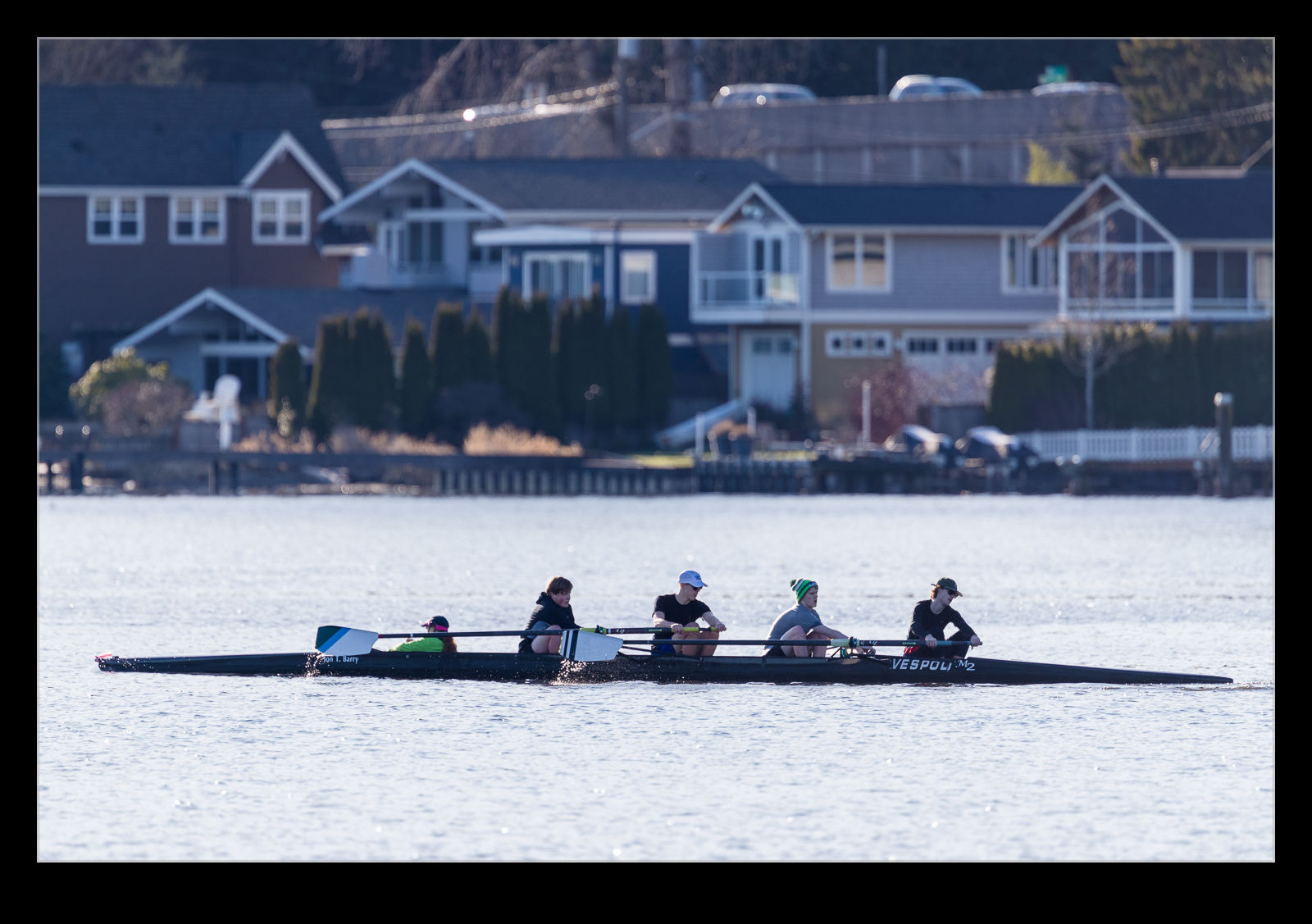 They appeared one time in the distance and then paused before heading back down the lake.  A while later they reappeared and did the same thing again.  They were a fair distance away although I did wonder whether they would be in the path of the floatplanes that were taking off.  However, they were probably too far for them to be in conflict.  I will have to check out when the regattas are due to take place as I would like to see it with more planning unlike last year when we saw some races by accident. 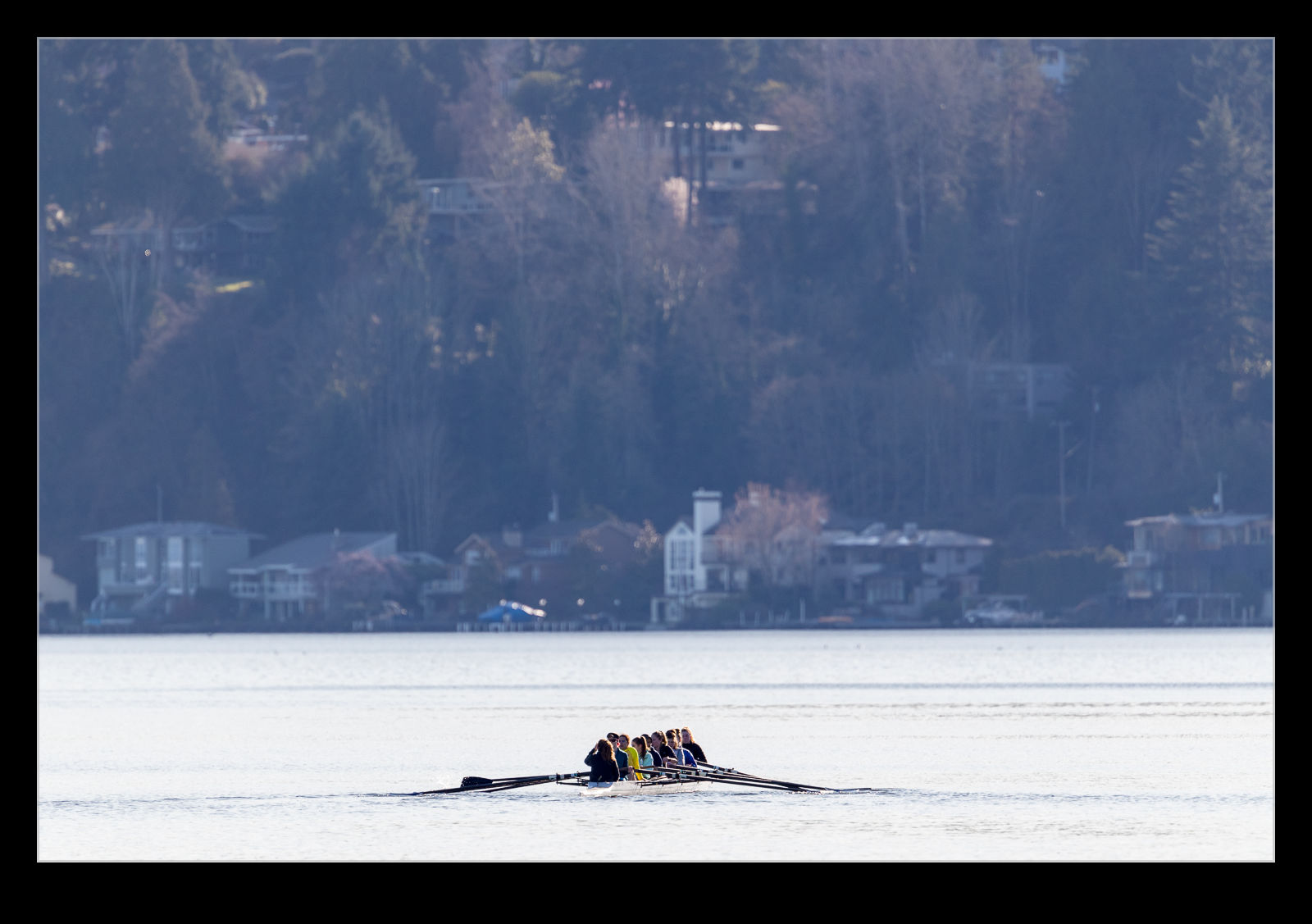 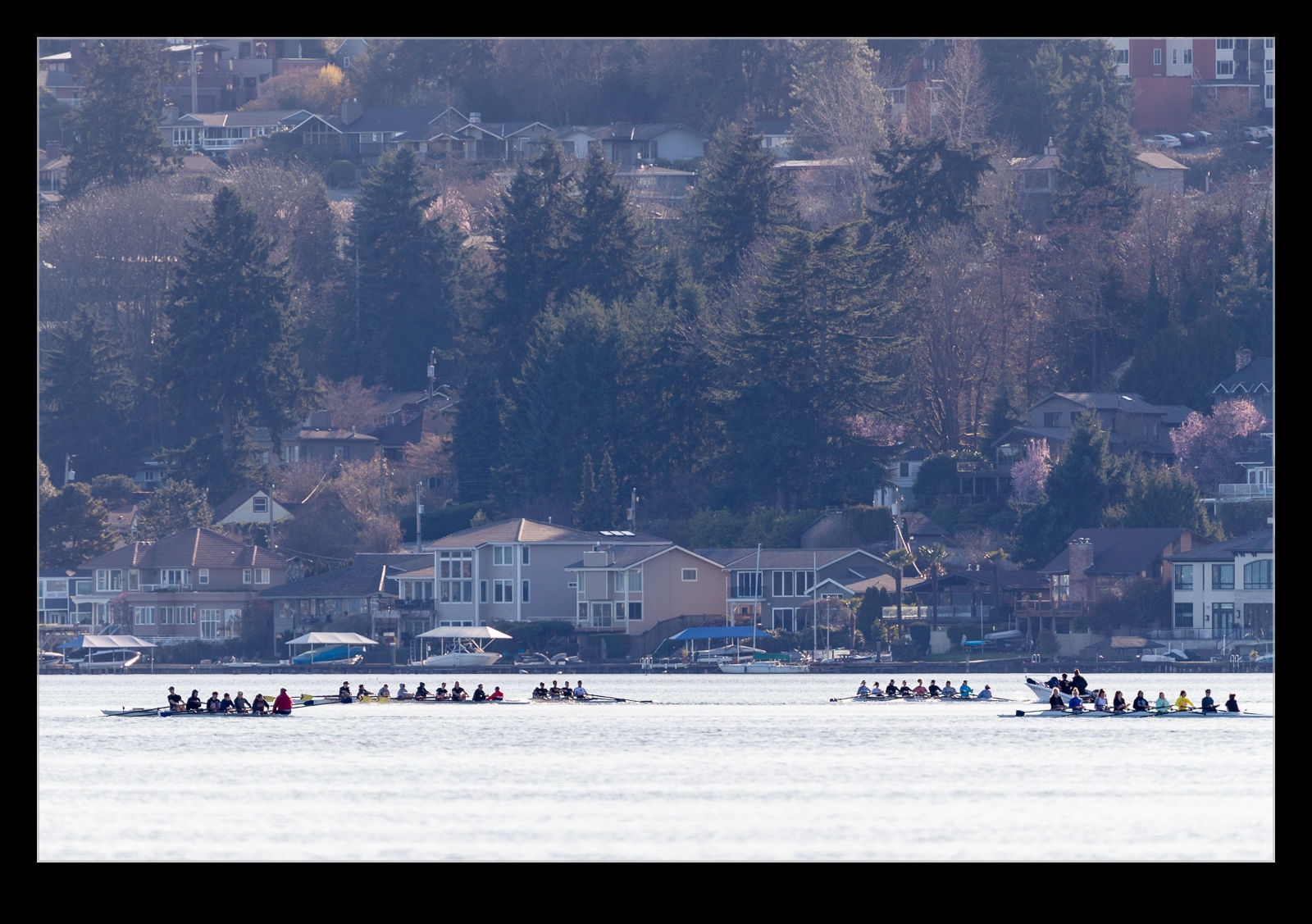