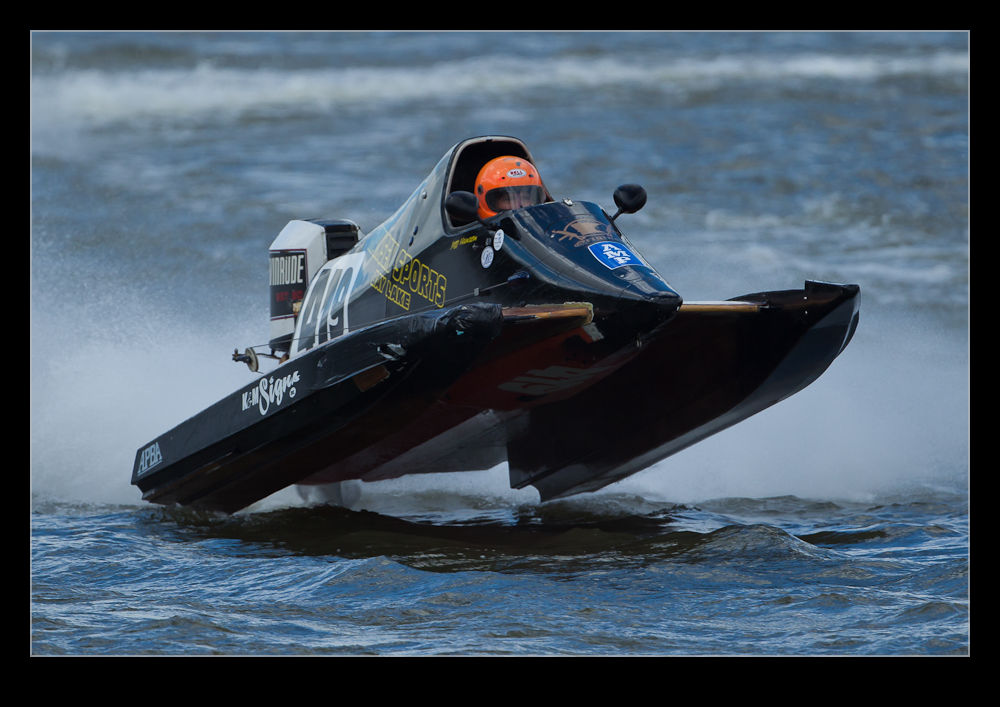 The Labor Day weekend is the time for power boat racing at Kankakee IL.  My friend Joel Love had told me about this and suggested I come down.  The Monday was the only day I had free so I drove on down.  Kankakee is about an hour south of Chicago so a short hop. 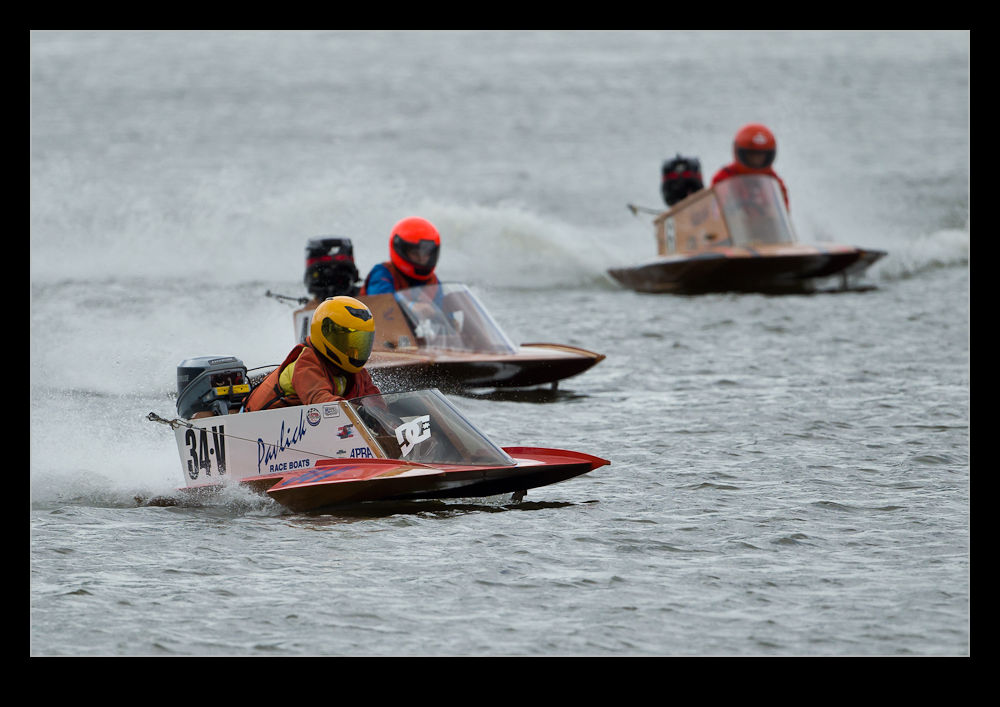 The racing takes place along the river.  There is a large park area on the south bank which was where I headed and, as it happened, was also where Joel was set up about 10 feet from my chosen spot!  The boats launch and recover on the north bank but the lighting was a lot more friendly on the south side.  It turned out that Monday was the day the weather went from warm and sunny to cool, windy and occasionally cloudy.  However, it still held well enough, even if I was a bit colder than planned! 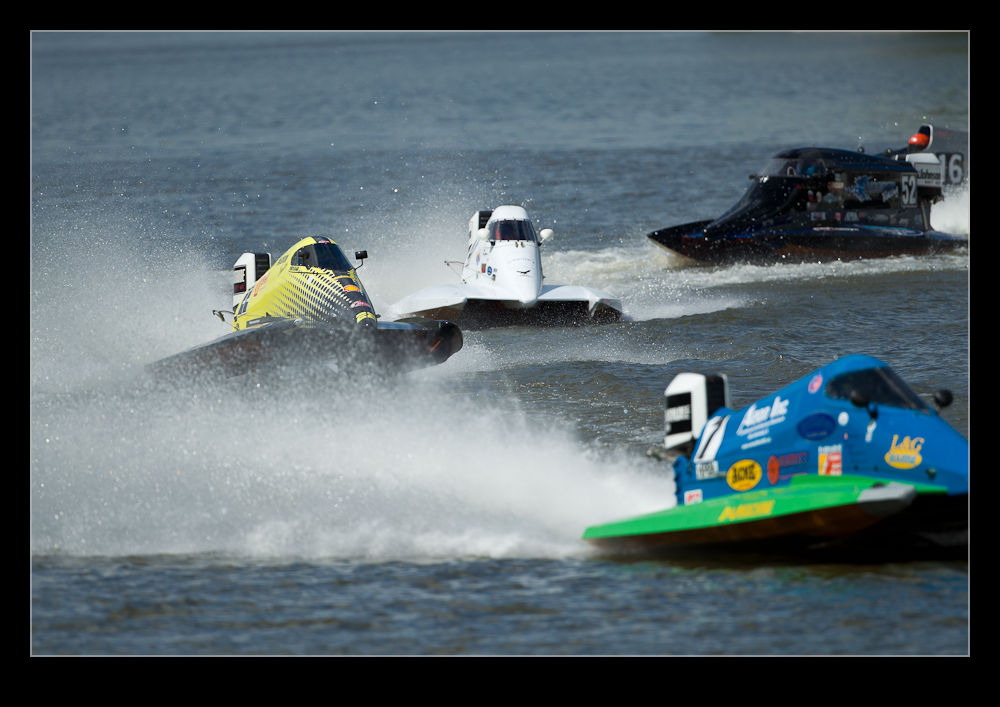 There were a variety of classes of racing underway.  Some small individual boats and some far larger and more complex looking single seat racers.  Catamarans and mono-hulls were taking part in the different classes.  It all made for a lot of fun racing. 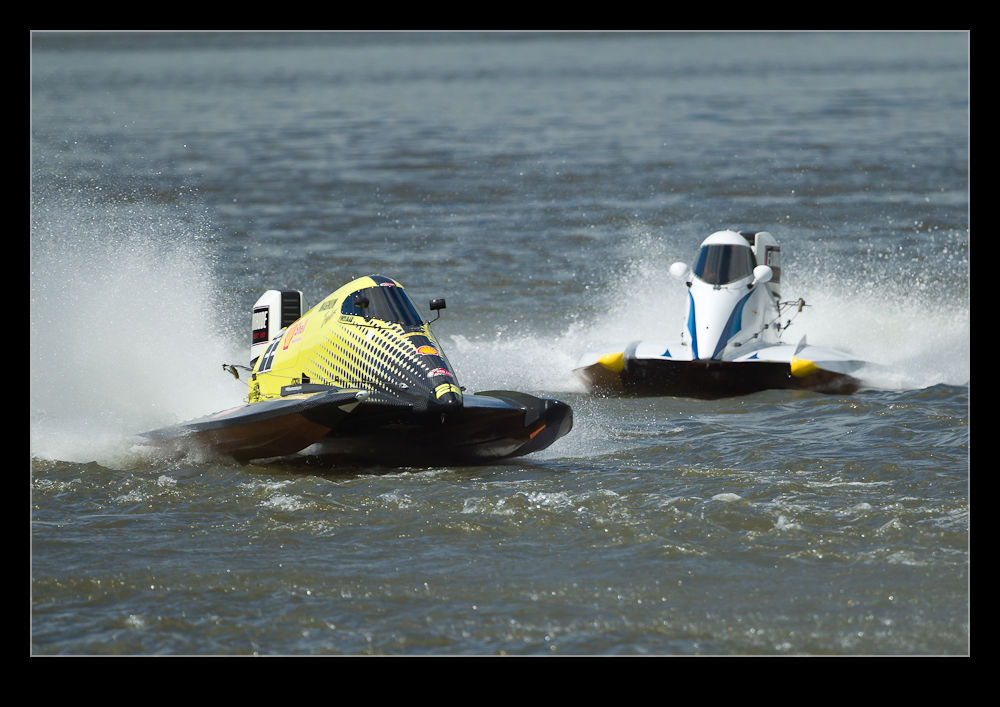 There were some boats that were clearly better than others and so the races weren’t always involving close competition for position.  However, the faster boats could easily lap the slower boats in some races so you could end up with a steady stream of boats and some passing being necessary. 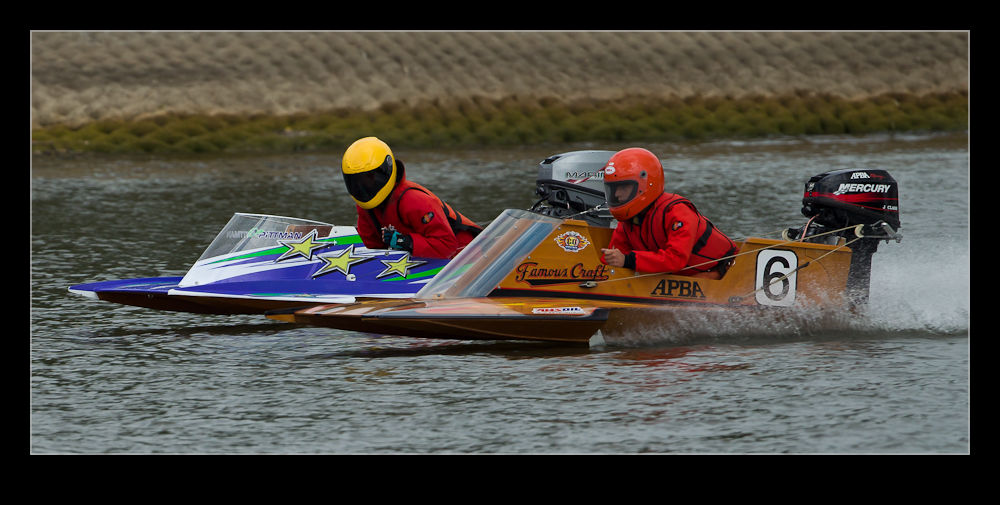 The other thing you could get a lot of was retirements! Some might be mechanical problems but other were more spectacular.  Flipping the boat, rolling the boat, spearing another boat – all of this went on.  The more dramatic stuff was often where I wasn’t looking of course!  The wind gusting about the course could make for a little excitement if the boats got a little nose high.  Given their speed and lack of weight, a slip was likely.  The boats seem to disintegrate pretty dramatically when they hit the water. 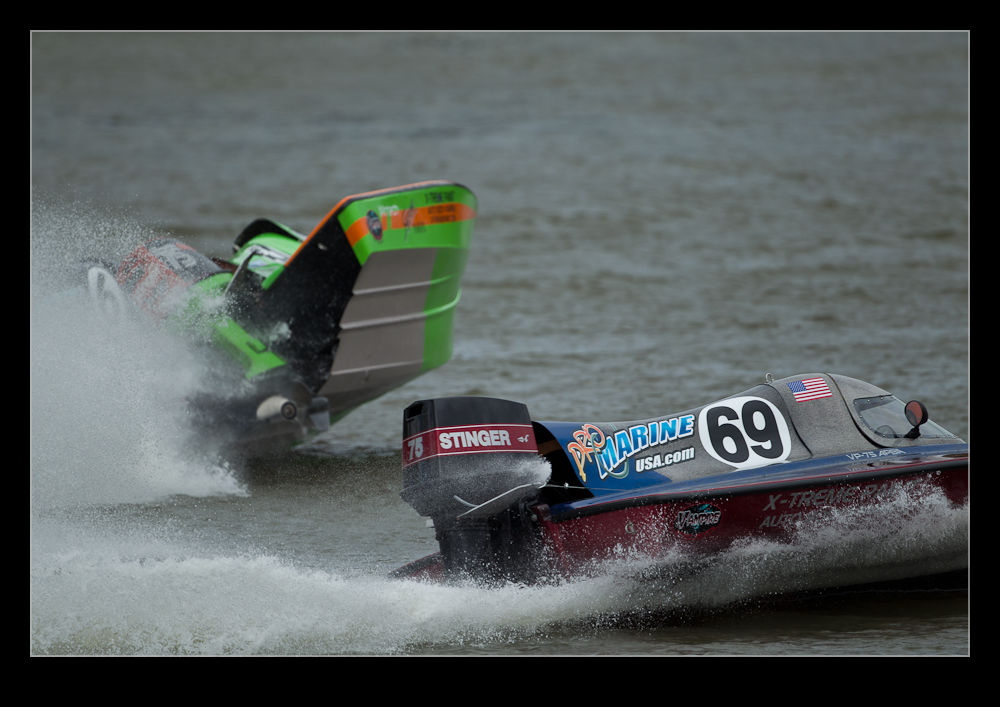 One class had so many incidents and restarts that they eventually called it short of the full race distance.  By that point, the competitors had become expert at getting lined up in the starting positions since they had done it so many times (although there was a bit more space at each restart due to the number of boats falling out of the race!). 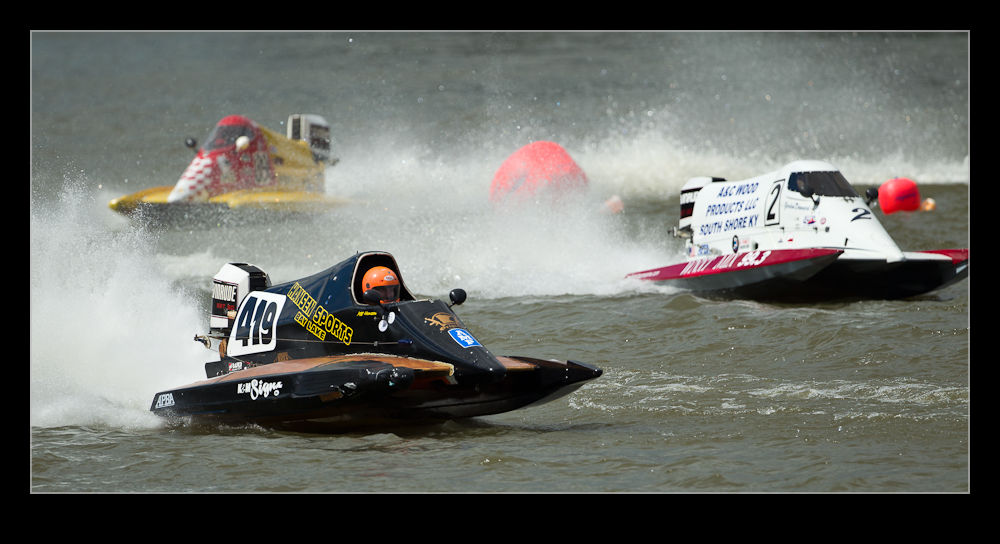 It was a fun event to watch and even more fun to shoot.  The action was close, there was plenty going on and the boats were colorful.  If something dramatic happened, that was a bonus – provided everyone came out of it okay.  I got the feeling it was a bit like NASCAR or hockey in that the fans enjoyed a bit of the unplanned activity as well as the racing.  The tour takes races to a number of locations so you might want to see if it is ever in your neck of the woods. 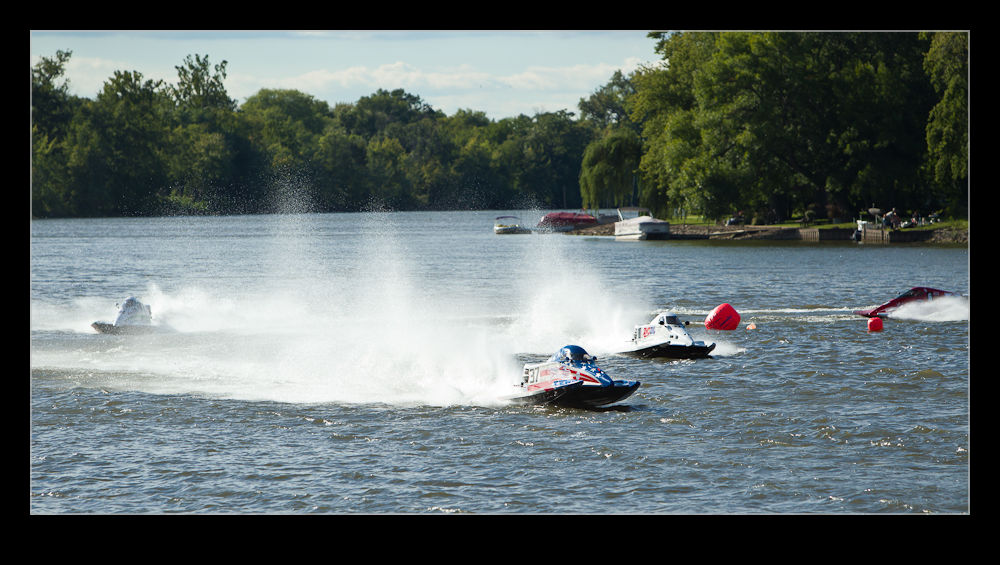 I took a ton of pictures throughout the day so here are a few more.  Enjoy! 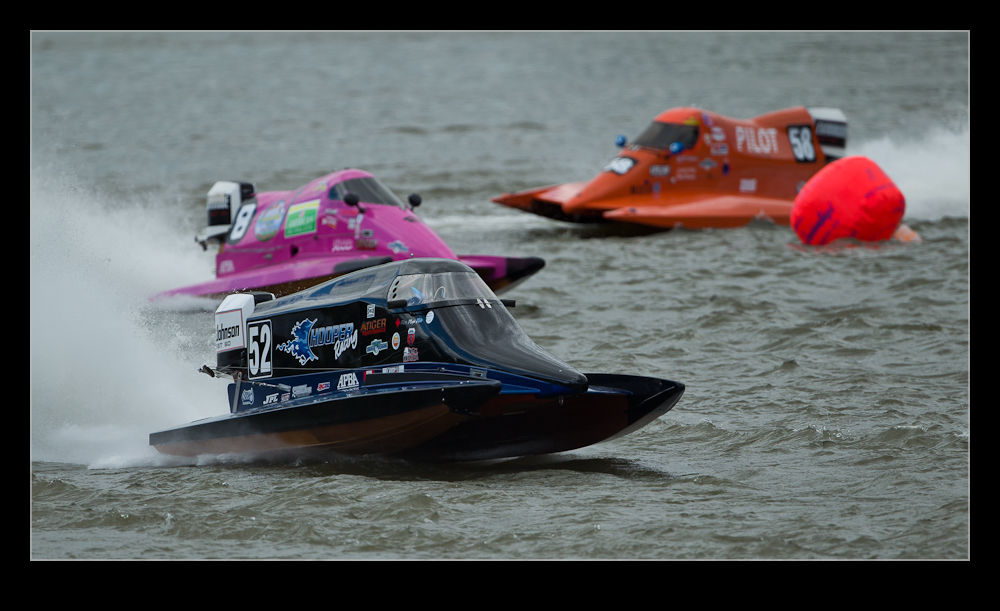 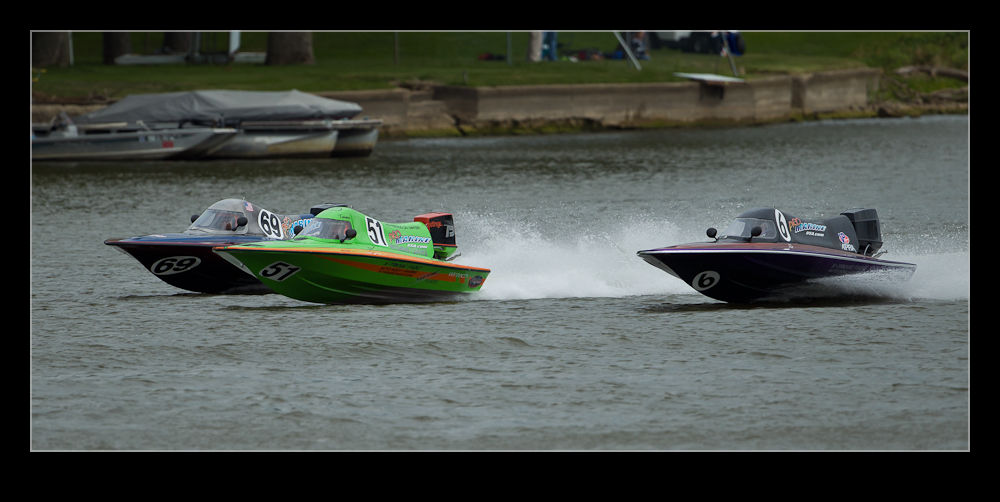 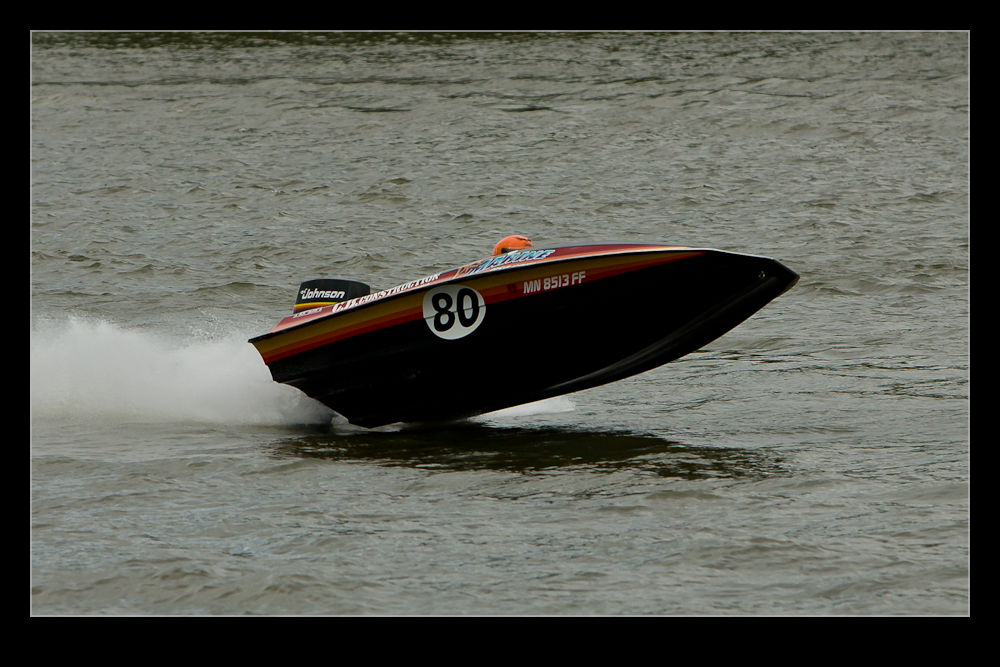 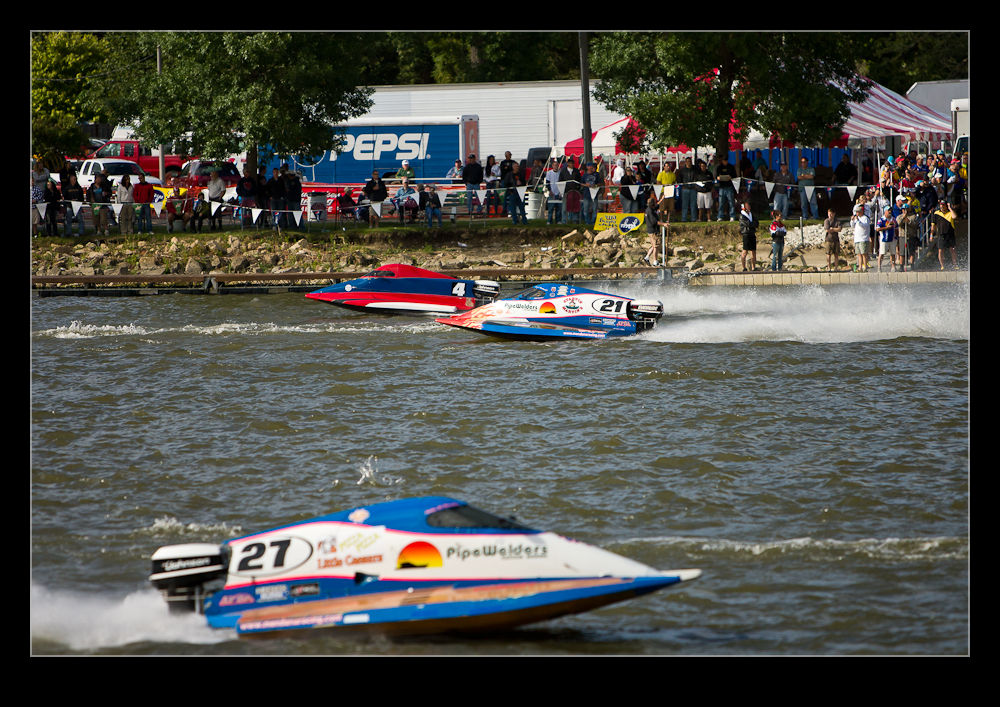 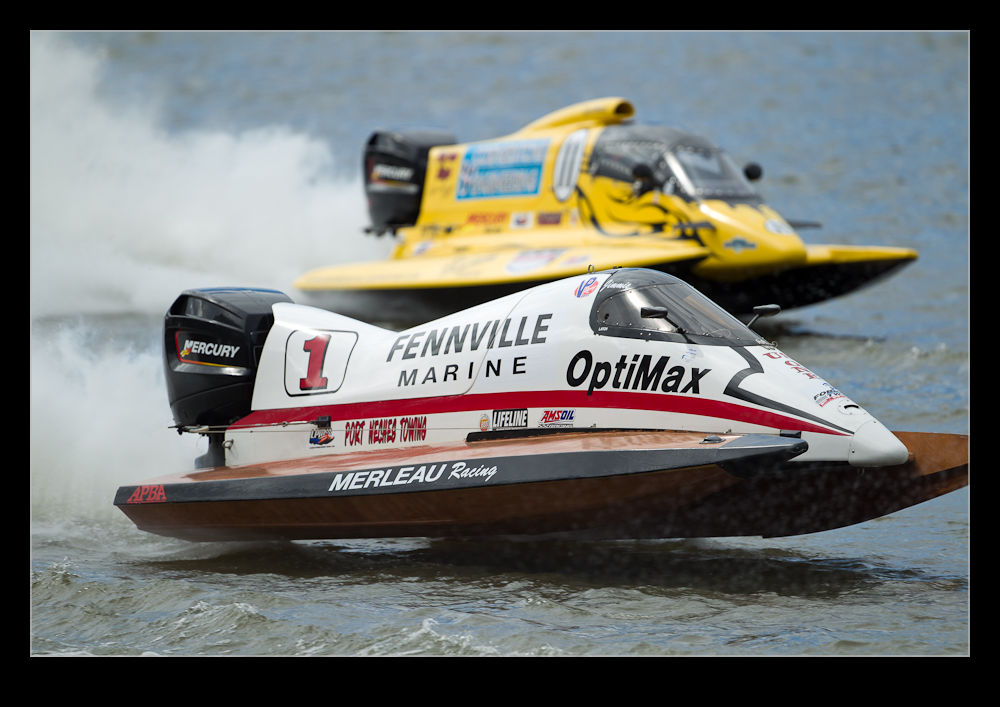 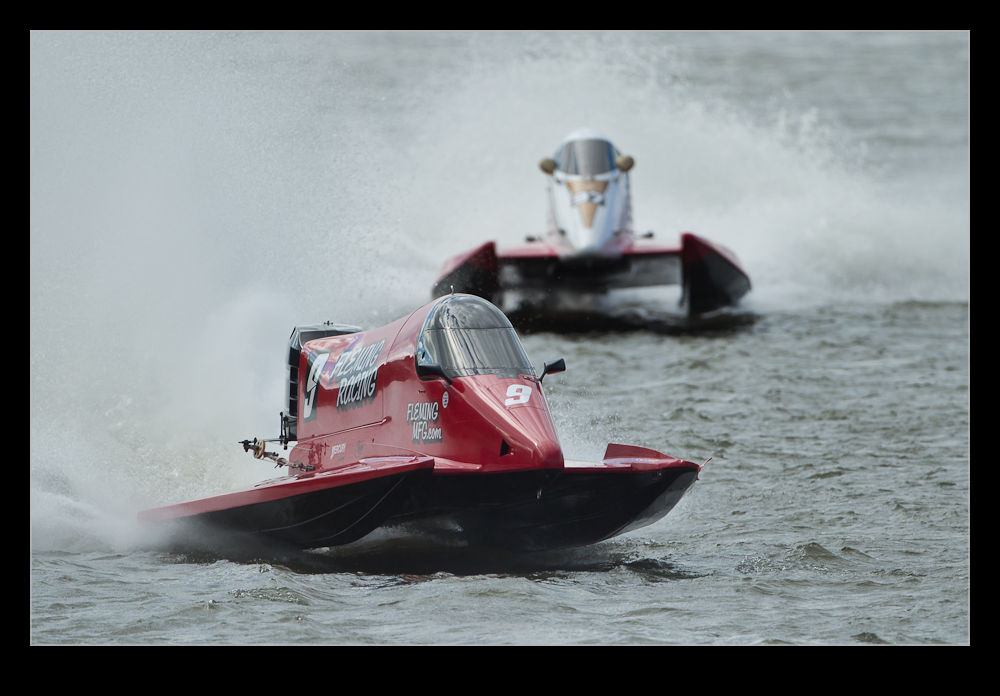 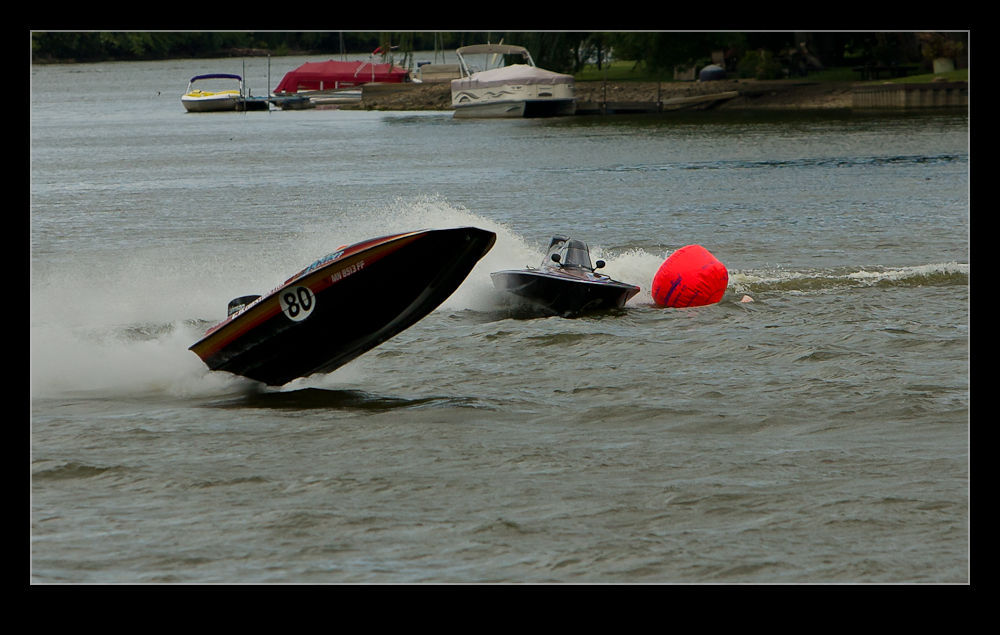 1 thought on “Power Boats at Speed”