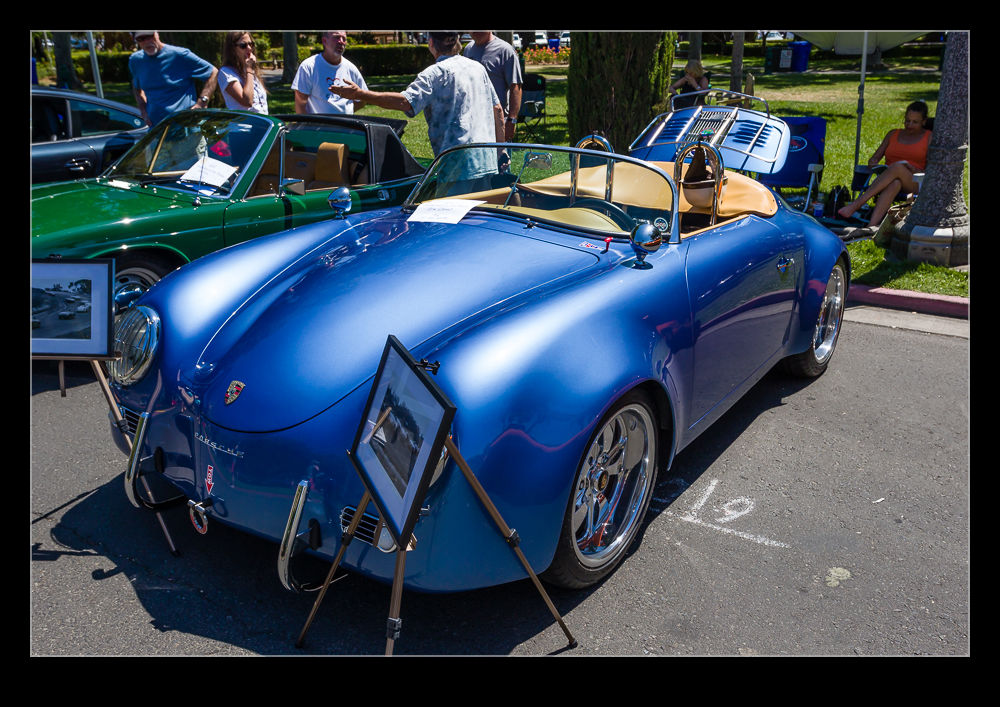 Weekends are a great time for coming across events that you had no idea about. Our jaunt to Sonoma for the long weekend yielded just such an event when the local Porsche Club showed up in the town square to show off their cars. Nancy had a few things she wanted to see that left me a bit of time to wander around. It wasn’t a huge turnout but the quality of what was there was impressive. The majority of the vehicles were 911s of varying vintage but there were some 928s and a 924 or two. Some Cayennes also showed up but that seemed like cheating to me!’ 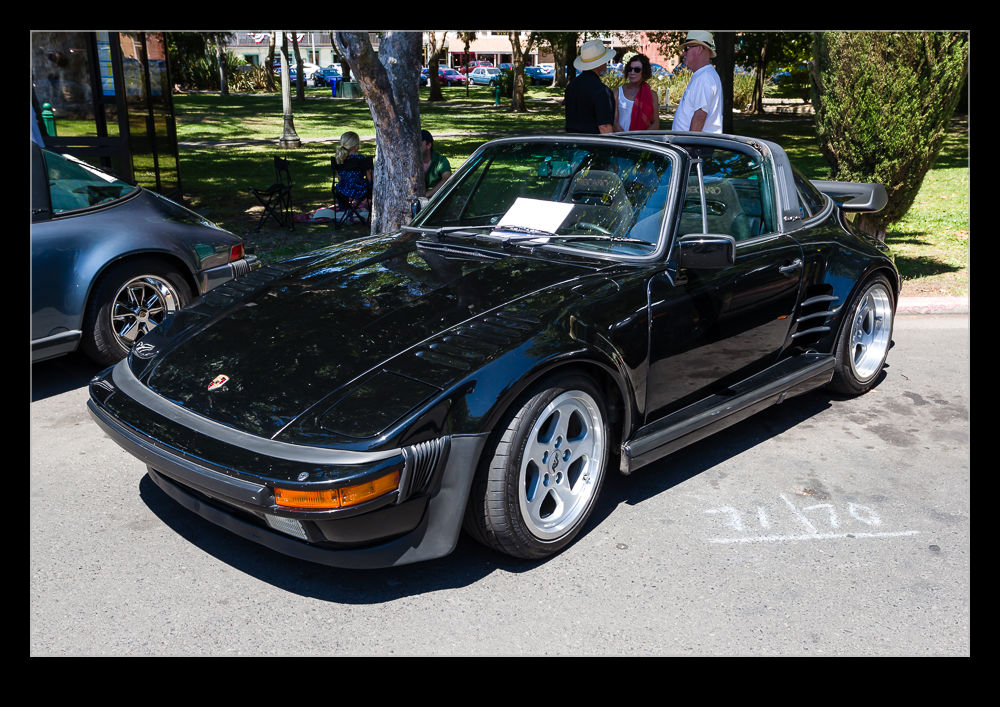 The owners were generally happy to discuss their cars and what they had done to them. They also didn’t mind the occasional photograph being taken. A number of the cars caught my eye but two are worthy of a special mention. One is the restored racer in a metallic blue which was in beautiful condition and had an interesting racing history. 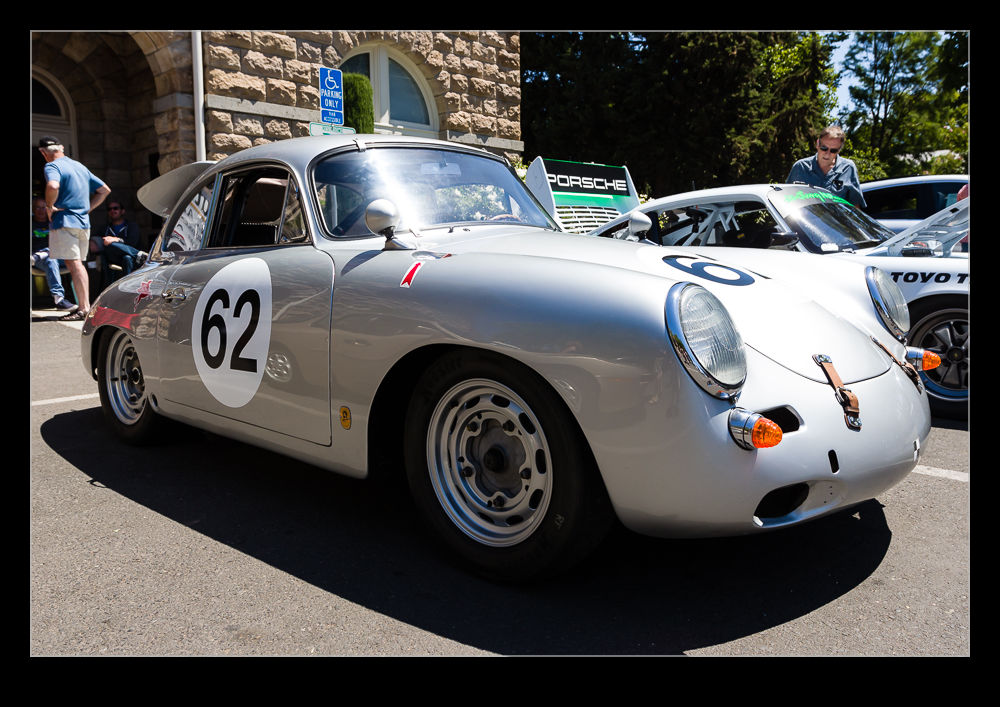 The other was a 911. The name for this type varies depending on your country but back in the UK they were known as Flat Noses. I wasn’t sure that I had ever seen one other than in a magazine so was really pleased to see it. I am not particularly a Porsche guy (not that I am any brand of car specific to be fair) but I do appreciate a nice car of any sort and these certainly counted. Given that Sonoma has a fairly healthy number of people of means, I had hoped a Carrera GT might be there but sadly not. Only seen one of those before and that was driving down a street in Chicago – a brave thing to do with a vehicle that valuable!