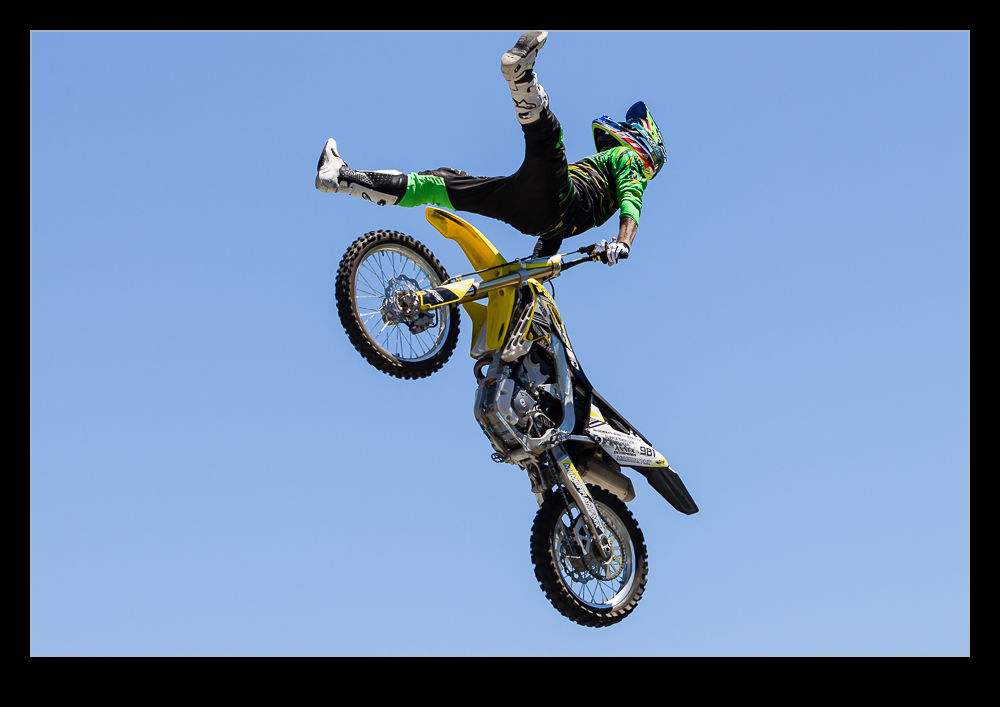 Alameda County Fair is a pretty substantial event and it is held in Pleasanton, a short hop from our home. It runs for a few weeks so we made the effort to get down there during one weekend. It was a hot day but a nice one. There were a number of cool things to see and I shall have some further posts coming up. However, the first post deals with the first thing we saw when coming in the gate. Three motocross riders were performing jumps to entertain the crowd and they were certainly being successful. 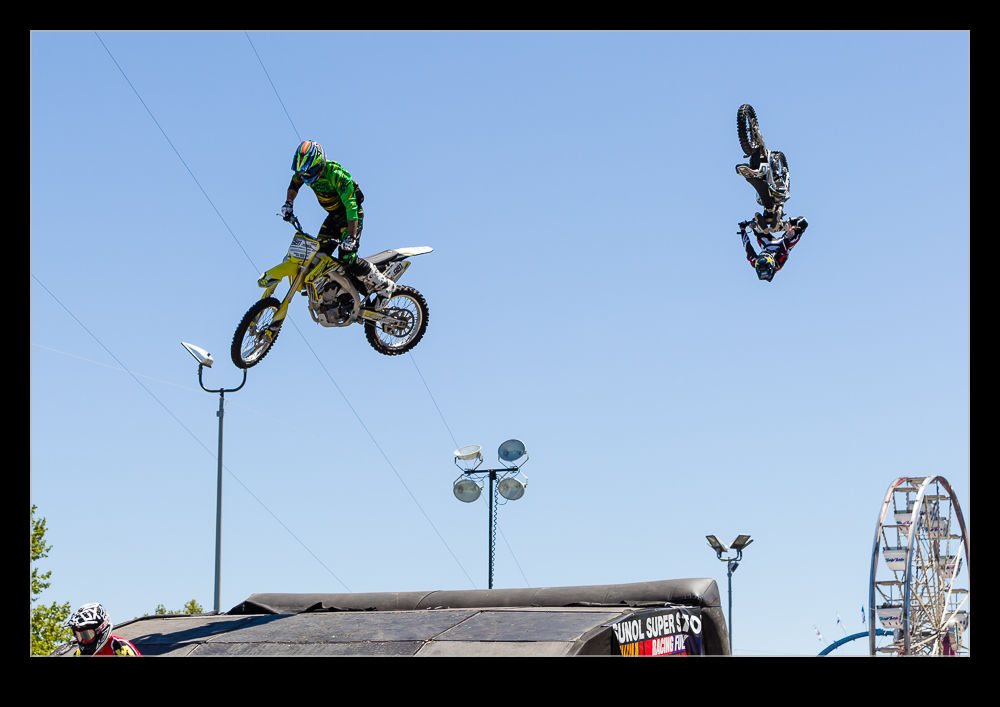 When I first took a look at the small area cordoned off for them and the size of the ramps, I figured that things might be quite toned down compared to something like the X-Games stuff you see on TV. I am sure it was a lot less aggressive but I was still very impressed with what they could do. They got phenomenal height from a short run and were able to carry out some quite dramatic moves while airborne. 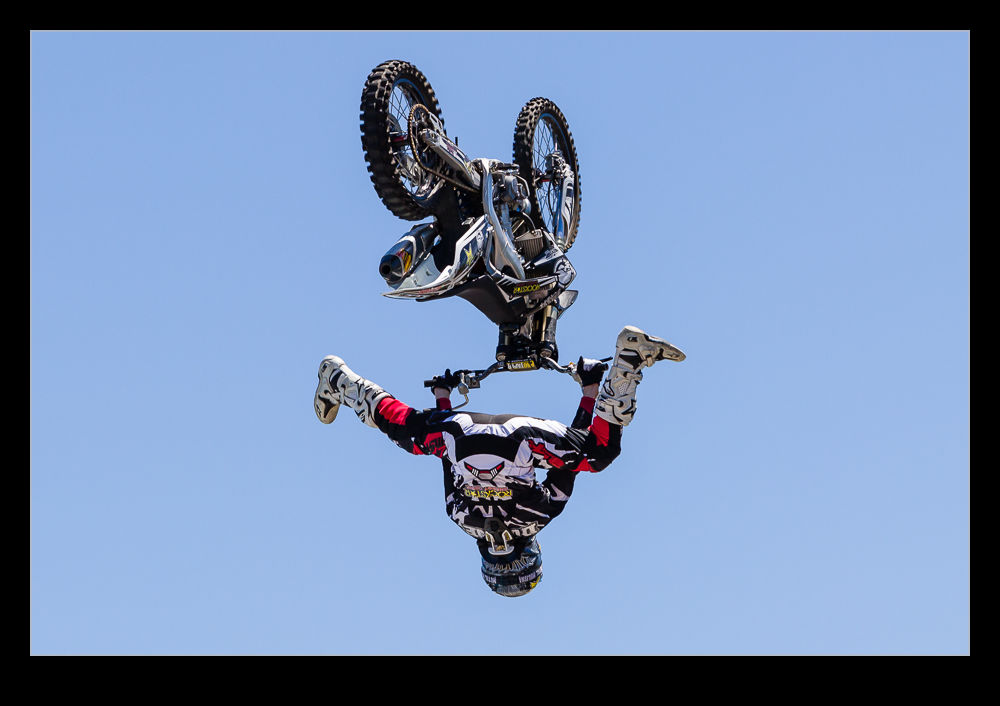 Initially I sat in the bleachers to watch but, as soon as it became clear how good they were, I got down to ground level to move around and get a variety of shots. (It also happened that they were jumping again as we went to leave so I managed a few extras then. Forget good planning. Go with luck!) 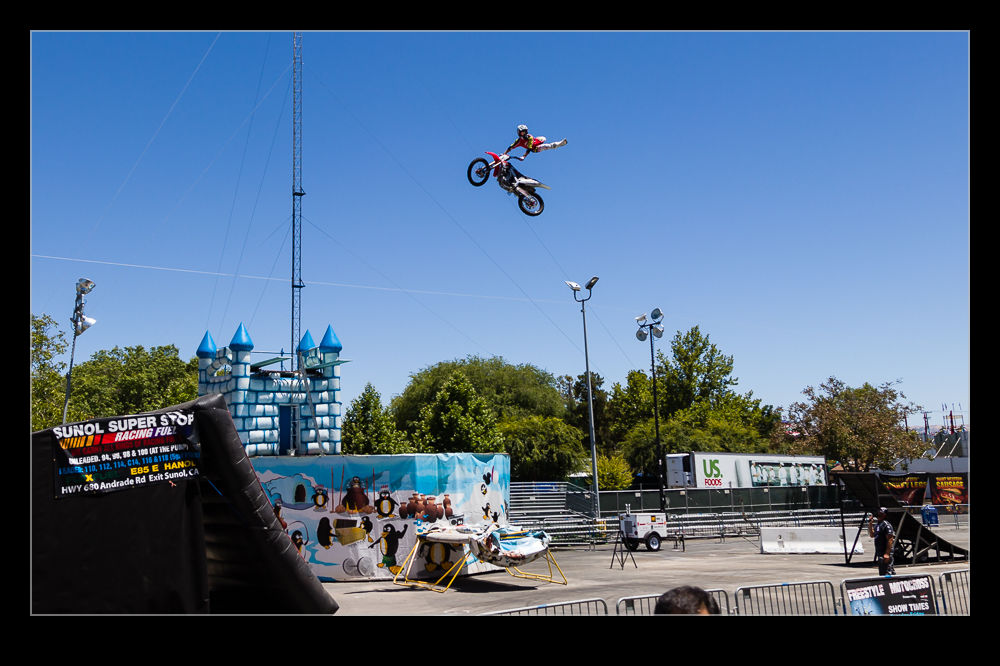 Each guy would do a number of jumps individually. They would be off the bike and contorting themselves in all sorts of ways or back flipping the whole thing. One crowd favorite was the Captain Morgan pirate pose in midair which did look cool. The grand finale involved all three of them coming up the ramp in sequence and providing a stream of tricks together. That was quite something.