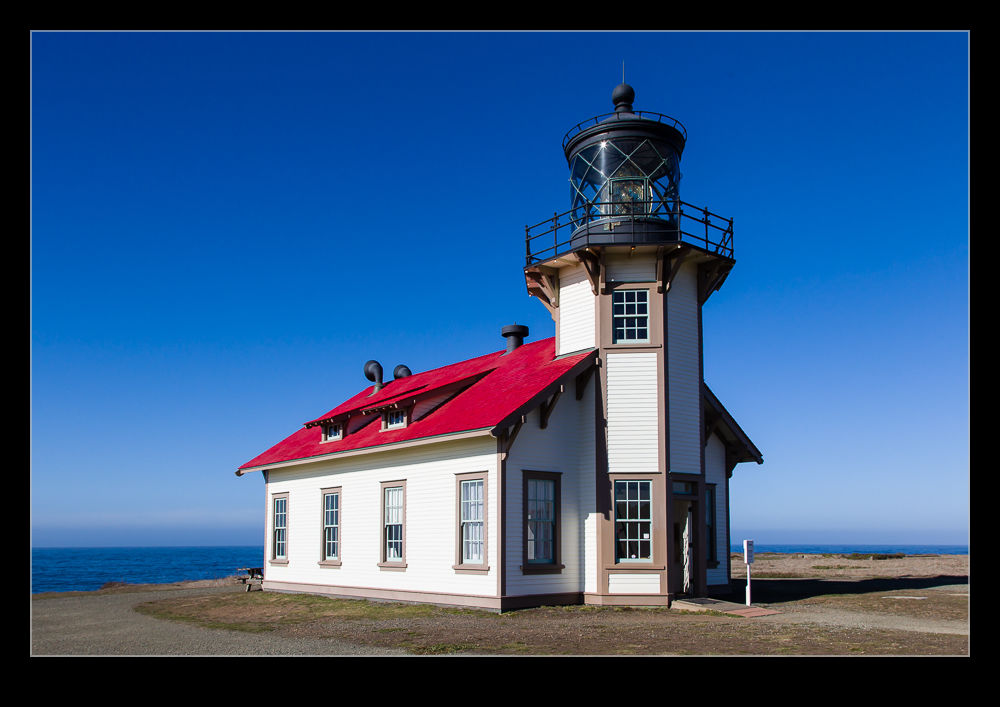 A lighthouse usually attracts the attention of tourists.  I’m not sure what it is about them that fascinates people so much but it works.  Point Cabrillo has a beautifully restored lighthouse that we took a look at.  It is about half a mile from the parking lot to the lighthouse but this didn’t seem to deter too many people.  The walk down was a long straight road so you could see where you were going the entire time.  With a sunny day and a gentle breeze off the ocean, it couldn’t have been nicer. 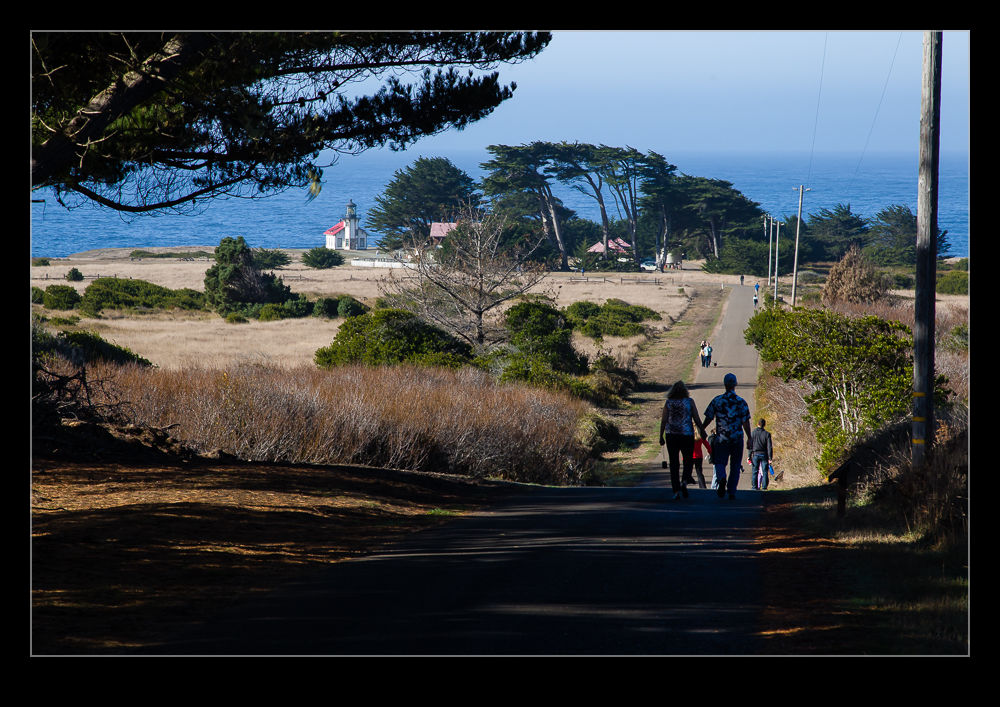 The lighthouse was shut down and replaced by a marker beacon many years ago but a group got together and restored the building and reactivated the light.  It is now an official navigation marker again.  The next step is the restoration of the surrounding buildings.  This is still in progress but you can rent out the old lighthouse master’s house if you wish.  A lovely spot and a nice looking house.  Might be a bit creepy at night though. 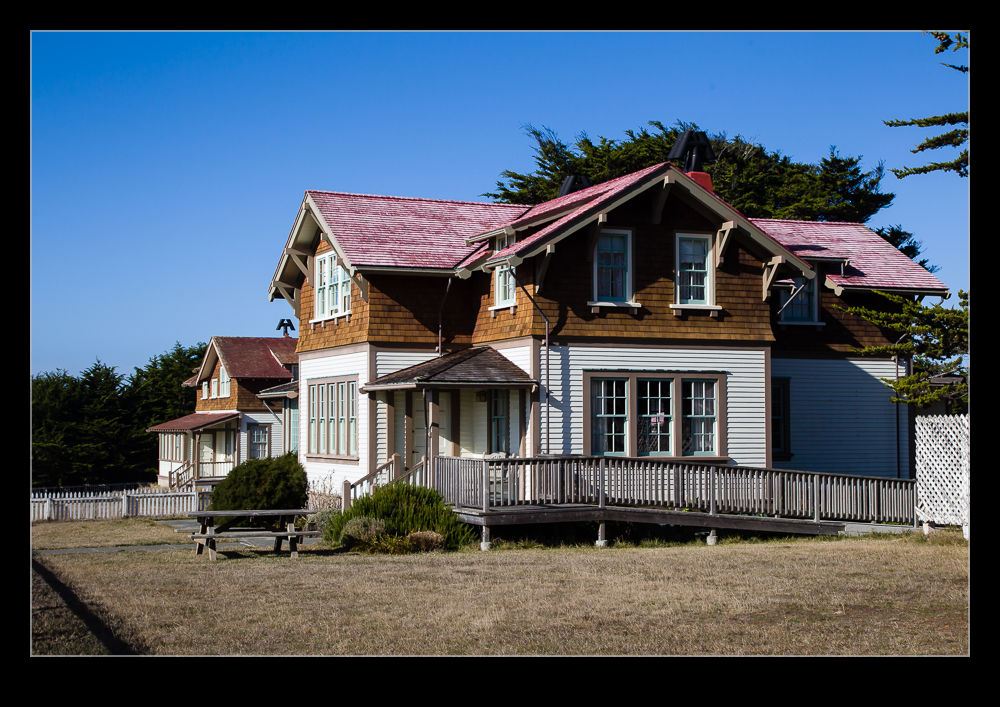 Amazingly enough, I did manage to get a few times with nobody near the lighthouse to grab a shot sans tourists.  A lucky break but one I was grateful for.  The rocky coastline is a very attractive place on a nice day but it doesn’t take too much imagination to see why a lighthouse would have been needed.  Some of the exhibits in the building itself amply demonstrated this.  The light bulb itself was surprisingly small.  For those camera people amongst you, the optics these guys use are pretty impressive.