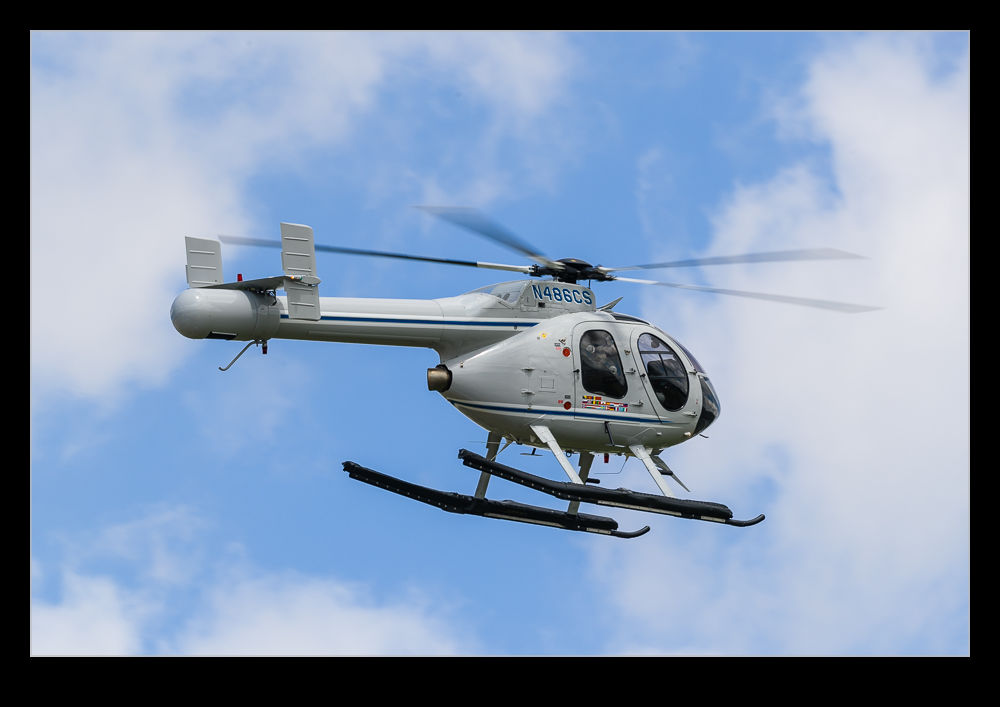 In the late 80s and early 90s, NOTAR was a big deal.  McDonnell Douglas Helicopters (as it then was) had come up with the concept of NO TAil Rotor and was pushing it hard.  It was seen as a safer approach, quieter and potentially more efficient.  The last one may not have been the case as, given how long the concept has been around, the successor company has continued to build helicopters with tail rotors as has just about everyone else (unless you count a Fenestron as not a tail rotor).  This example came in to BFI right over my head.  He had called up on the radio so I should have known but the quiet aspect of the aircraft was proven as I had no idea he was there until he passed directly over me.