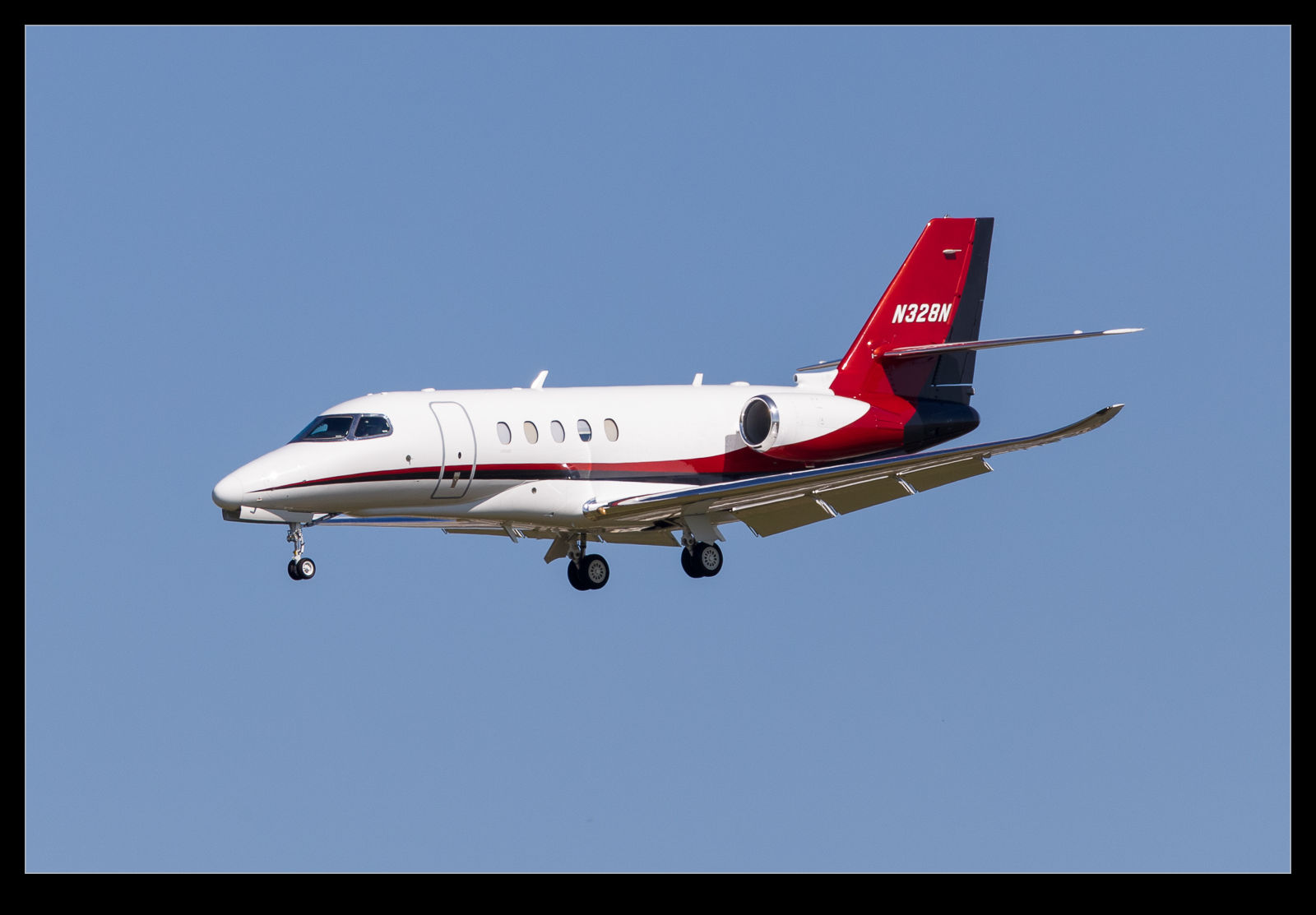 This post is a little late in coming to fruition but it is even more the case now than when I first wrote it.  The corporate jet market has been in a bit of a slump for a while but one thing that is likely to provide a boost is a new model.  Cessna launched the Latitude jet a few years ago.  An evolution of their existing line, it took parts of the Sovereign and combined them with a new fuselage.  (As an aside, I have never been a fan of the Sovereign.  The fin looks like a barn door on it.  The larger fuselage of the Latitude actually suits the fin size a lot better so things are a bit more in proportion.  Still, not many of the Cessna jets are that elegant in my mind.) 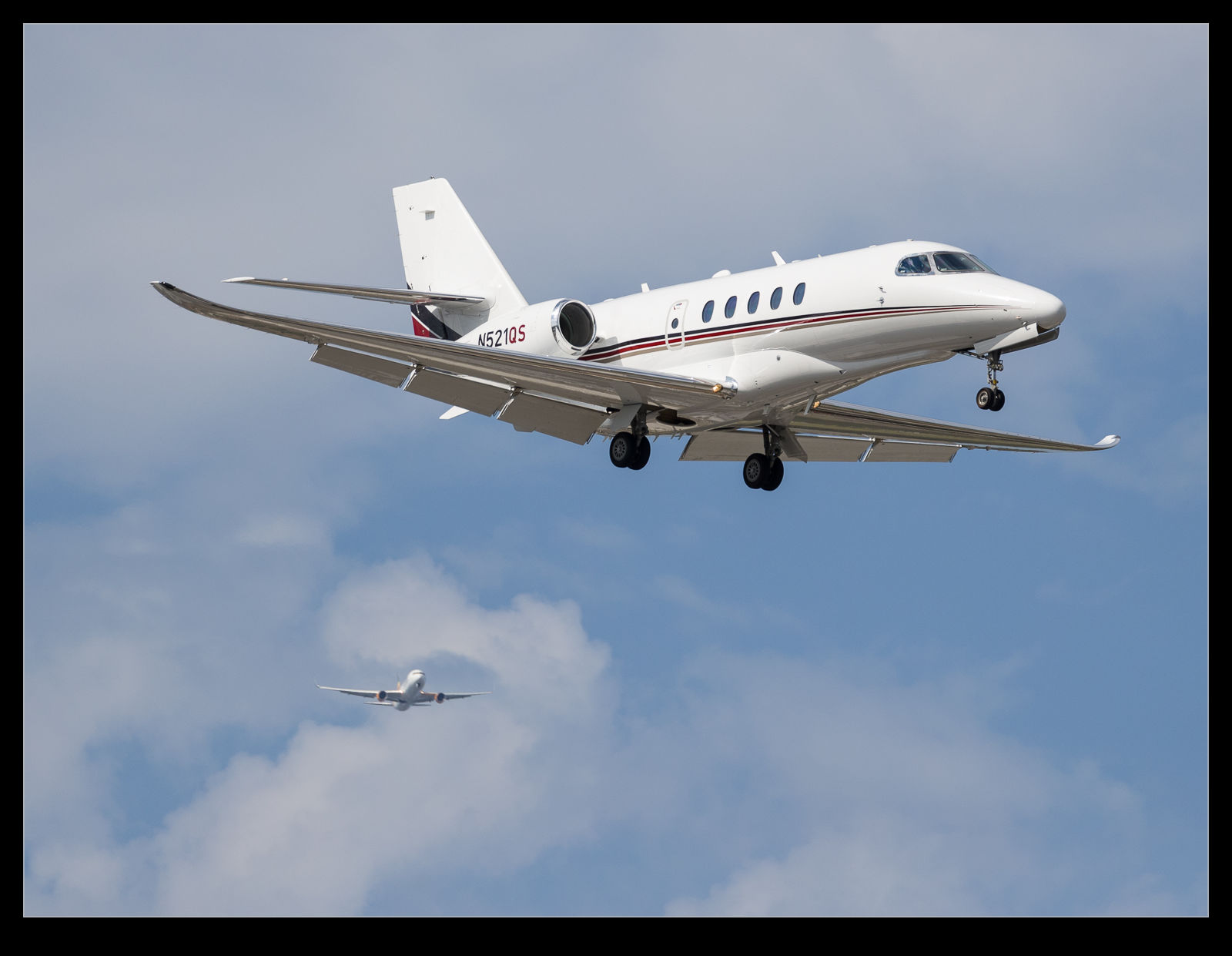 The one at the top of this post was the first Latitude I got to photograph.  I did see a test jet take off from Wichita Mid Continent when I was there visiting friends but I didn’t have a camera.  They are easy to identify with the gently upcurved wingtips.  Having seen this one, I have since come across a bunch of them.  It appears that the arrival of the new type attracted a bunch of customers and Cessna was ready to build to meet that demand.  Now I don’t consider them particularly noteworthy. 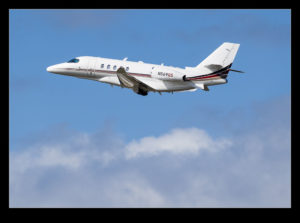 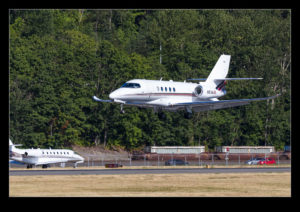