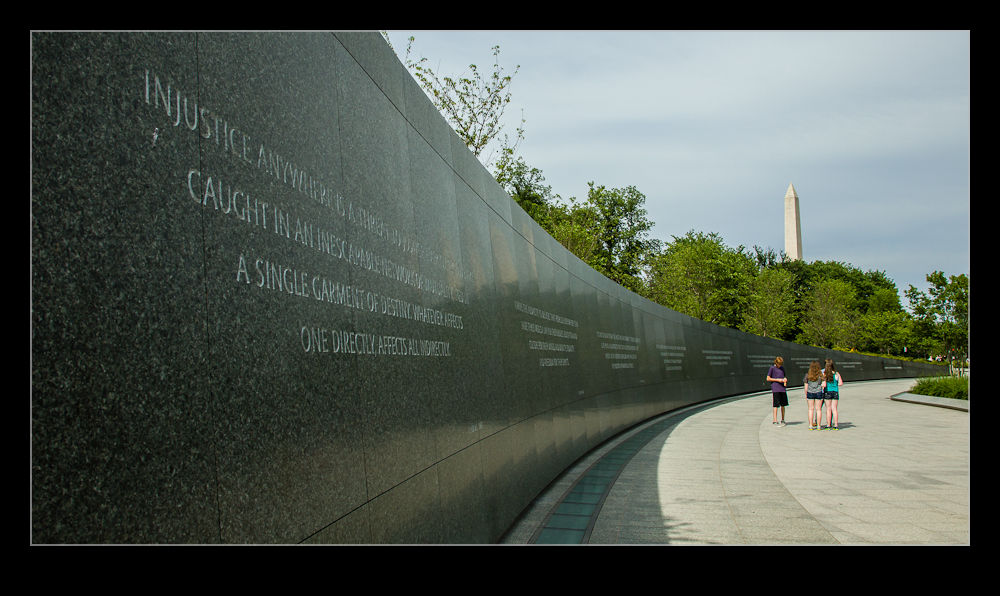 The next few posts will all be related.  My nephew, Chris, was staying with us recently and, while he was here, I needed to travel to Washington DC for a meeting.  Since Chris had never seen Washington and my meeting would not take up the whole day, I took him along so he could see a bit more of what the country has to offer a visitor.  It was only one day but Washington is nice and compact when you are looking at some of the more obvious tourist attractions provided you are ready to walk. 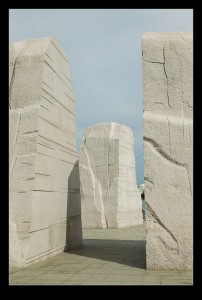 It was an early start and a long day out but we covered a lot of things.  Today I shall start with one that was new to me as well.  The Dr Martin Luther King Jr memorial is a relatively new addition to the collection of monuments around the Mall area in Washington.  I had heard about it and was interested to see how it looked.  I was not alone as there were plenty of people walking across to find it. 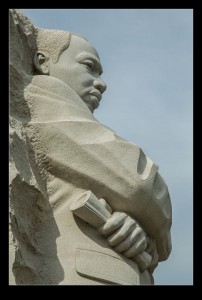 A number of features were of interest to me.  There is a quote from Dr King on one of the stones which says “Out of a mountain of despair, a stone of hope.”  I am not familiar with the full quote and its context but the entrance to the memorial is a large rock from which a central section has been extracted.  This section is placed further into the memorial and it is on this section that his likeness is sculpted.  As I saw the relationship between the two parts, I was quite taken with it. 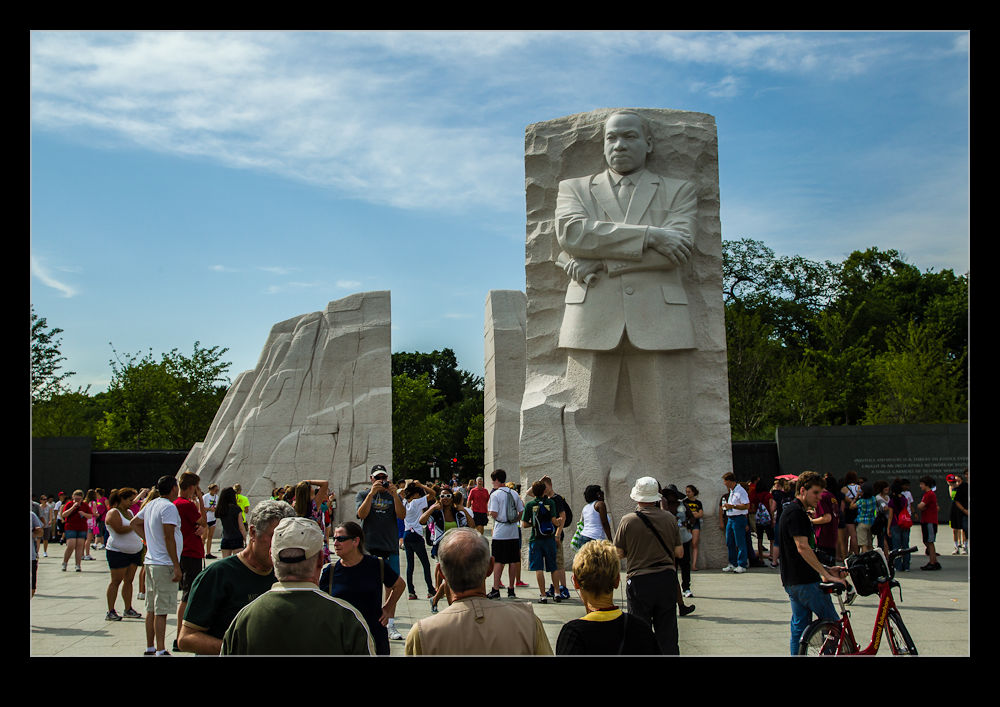 I know the memorial has not be universally well received but I liked this entrance feature combining with the sculpture, the wall of quotations and the general feel down by the tidal basin.  I imagine that it will be a popular place in years to come.  The Vietnam Memorial was controversial when it was created and it is now considered iconic so we shall see how time judges this memorial too.